Today at Computex, Corsair unveiled a new barebones gaming PC aimed at the living room. The compact Bulldog PC is an upgradeable barebones DIY kit that offers gamers an interesting base from which to build a living room PC capable of 4K gaming. The chassis resembles an overbuilt console in that it is a short but wide design with many angular edges and aesthetic touches including stylized black case feet and red accents surrounding the vents. A hidden panel in the lower right corner reveals two USB 3.0 ports and two audio jacks. It looks ready to fight in the next season of Robot Wars should you add a flamethrower or hydraulic flipper (heh).

The Bulldog kit consists of the chassis, motherboard, small form factor power supply, and a customized Hydro H55F series closed loop liquid CPU cooler. From there, users need to bring their own processor, RAM, and storage devices. There is no operating system included with the kit, but it, being a full PC, supports Windows, Linux, and SteamOS et al.

As far as graphics cards, Corsair is offering several liquid cooled NVIDIA graphics cards (initially only from MSI with other AIB partner cards to follow) that are ready to be installed in the Bulldog PC. Currently, users can choose from the GTX TITAN X, GTX 980, and GTX 970.

Alternatively, Corsair is offering a $99 (MSRP) upgrade kit for existing graphics cards with its Hydro H55 cooler and HG110 bracket. 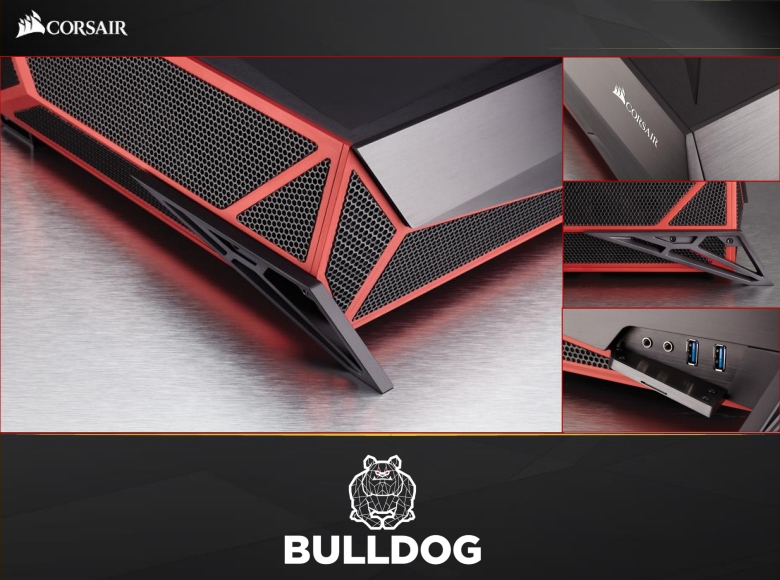 The Bulldog case supports Mini ITX form factor motherboards and it appears that Corsair is including the Asus Z97I-Plus which is a socket 1150 board supporting Haswell-based Core processors, DDR3 memory, M.2 (though you have to take the board out of the case to install the drive since the slot is on the underside of the board), a single PCI-E 3.0 x16 slot, four SATA 6.0 Gbps ports, and the usual fare of I/O options including USB 3.0, 802.11ac Wi-Fi, and optical and analog audio outputs (among others).

A mini ITX motherboard paired with the small from factor Corsair H55F CPU cooler (left) and the internal layout of the Bulldog case with all components installed (right).

User purchased processors are cooled by the included liquid cooler which is a customized Hydro series cooler that mounts over the processor and exhausts air blower style out of the back of the case. The system is powered by the pre-installed 600W Corsair FS600 power supply. The PSU is mounted in the front of the system and the graphics card radiator and fan are mounted horizontally beside it. Along the left side of the case are mounts for a single 2.5" drive and a single 3.5" drive.

The liquid cooling aspect of the Bulldog is neat and, according to Corsair, is what is enabling them to cram so much hardware together into a relatively small case while enabling thermal headroom for overclocking and quieter operation versus air coolers.

I am curious how well the CPU cooler performs especially as far as noise levels go with the compacted and shrouded design. Also, while there is certainly plenty of ventilation along the sides of the case to draw in cool air, I'm interested in how well the GPU HSF will be able to exhaust the heat since there are no top grilles.

Corsair is marketing the Bulldog as the next step up from your typical Steam Machine and game console and the first 4K capable gaming PC designed for the living room. Further, it would be a nice stepping stone for console gamers to jump into PC gaming.

“Bulldog is designed to take the 4K gaming experience delivered by desktop gaming PCs, and bring it to the big 4K screens in the home,” said Andy Paul, CEO of Corsair Components. “We knew we needed to deliver a solution that was elegant, powerful, and compact. By leveraging our leading expertise in PC case design and liquid cooling, we met that goal with Bulldog. We can’t wait to unleash it on gamers this fall.”

The Bulldog DIY PC kit is slated for an early Q4 2015 launch with a MSRP of $399. After adding in a processor, memory, storage, and graphics, Corsair estimates a completed build to start around $940 with liquid cooled graphics ($600 without a dedicated GPU) and tops out at $2,250. 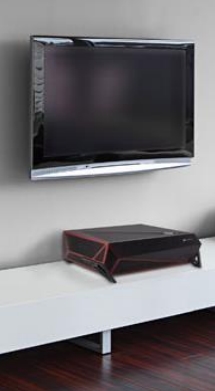 Keep in mind that the lowest tier liquid cooled GPU at launch will be the MSI GTX 970 (~$340). Users could get these prices down a bit with some smart shopping and component selection along with the optional $99 upgrade kit for other GPU options. It is also worth considering that the Bulldog is being positioned as a 4K gaming machine. If you were willing to start off with a 1080p setup, you could get buy with a cheaper graphics card and upgrade later along with your TV when 4K televisions are cheaper and more widespread.

At its core, $400 for the Bulldog kit (case, quality power supply, high end motherboard, and closed loop CPU cooler) is a decent value that just might entice some console gamers to explore the world of PC gaming (and to never leave following their first Steam sale heh)! It is a big commitment for sure at that price, but it looks like Corsair is using quality components and while there is surely the usual the small form factor part price premium (especially cases), it is far from obnoxious.

What do you think about the bulldog? Is it more bark than bite or is it a console killer? 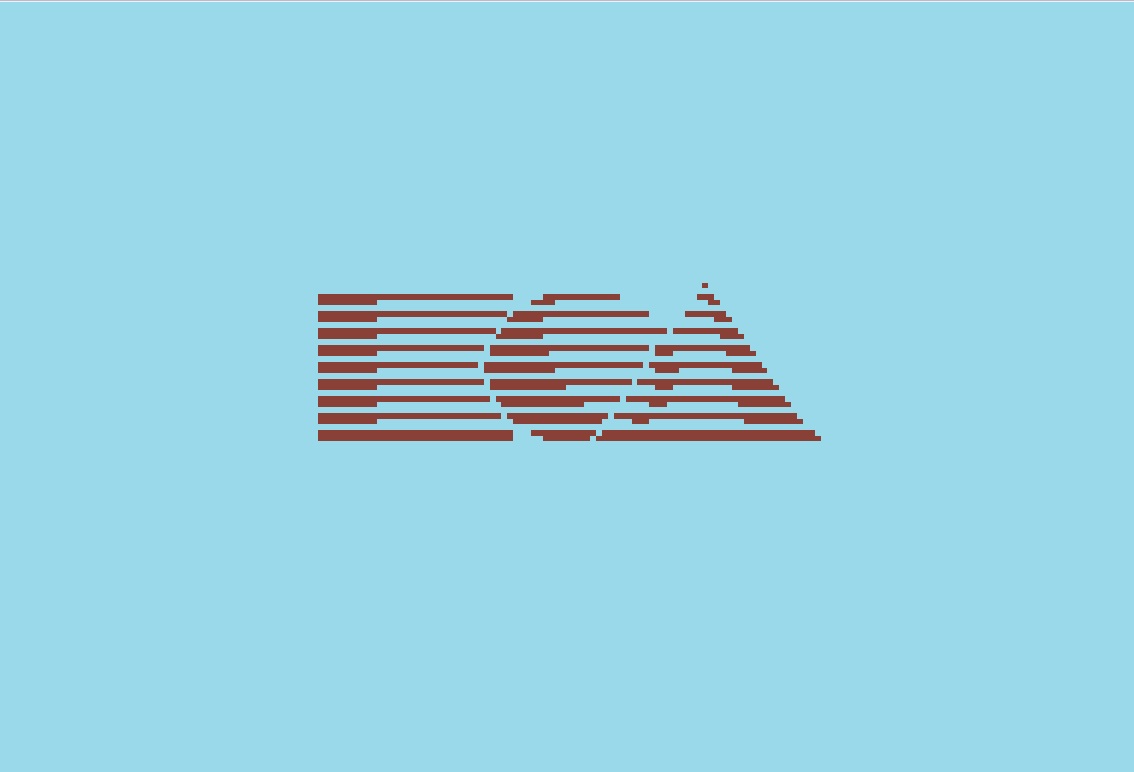 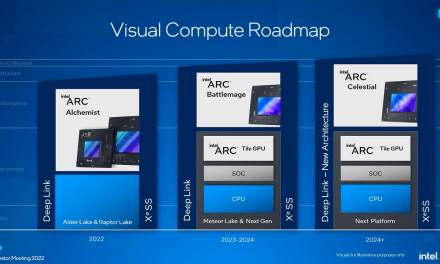