So I'm not quite sure what this hypothetical patent device is. According to its application, it is a head-mounted display that contains six cameras (??) and two displays, one for each eye. The usage of these cameras is not define but two will point forward, two will point down, and the last two will point left and right. The only clue that we have is in the second patent application photo, where unlabeled hands are gesturing in front of a node labeled “input cameras”.

The block diagram declares that the VR headset will have its own CPU, memory, network adapter, and “parallel processing subsystem” (GPU). VRFocus believes that this will be based on the Tegra X1, and that it was supposed to be revealed three months ago at GDC 2015. In its place, NVIDIA announced the Titan X at the Unreal Engine 4 keynote, hosted by Epic Games. GameWorks VR was also announced with the GeForce GTX 980 Ti launch, which was mostly described as a way to reduce rendering cost by dropping resolution in areas that will be warped into a lower final, displayed resolution anyway. 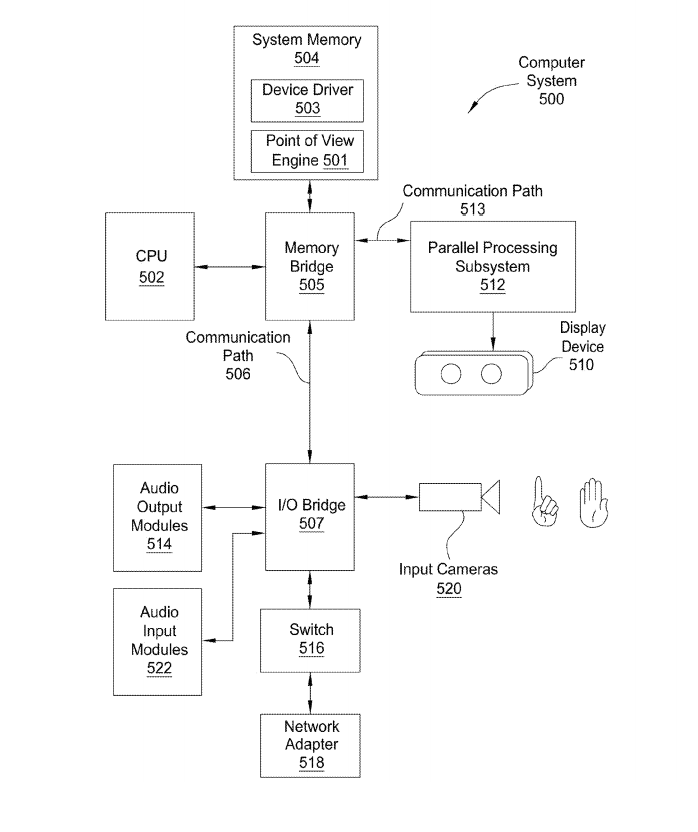 VRFocus suggests that the reveal could happen at E3 this year. The problem with that theory is that NVIDIA has neither a keynote at E3 this year nor even a place at someone else's keynote as far as we know, just a booth and meeting rooms. Of course, they could still announce it through other channels, but that seems less likely. Maybe they will avoid the E3 hype and announce it later (unless something changes behind the scenes of course)?