By default camera app is set to shoot at 10MP with a 16:9 crop. This is hardly ideal for a 13MP sensor, but I wanted to give the camera a chance with these settings (assuming some sort of optimization might be at play) as this is the default and not likely to be changed by the user.

Here is the best result from the initial photo session with default image settings, featuring my German Shepherd, Nessie, who was nice enough to pose for me (or stand directly in my way): 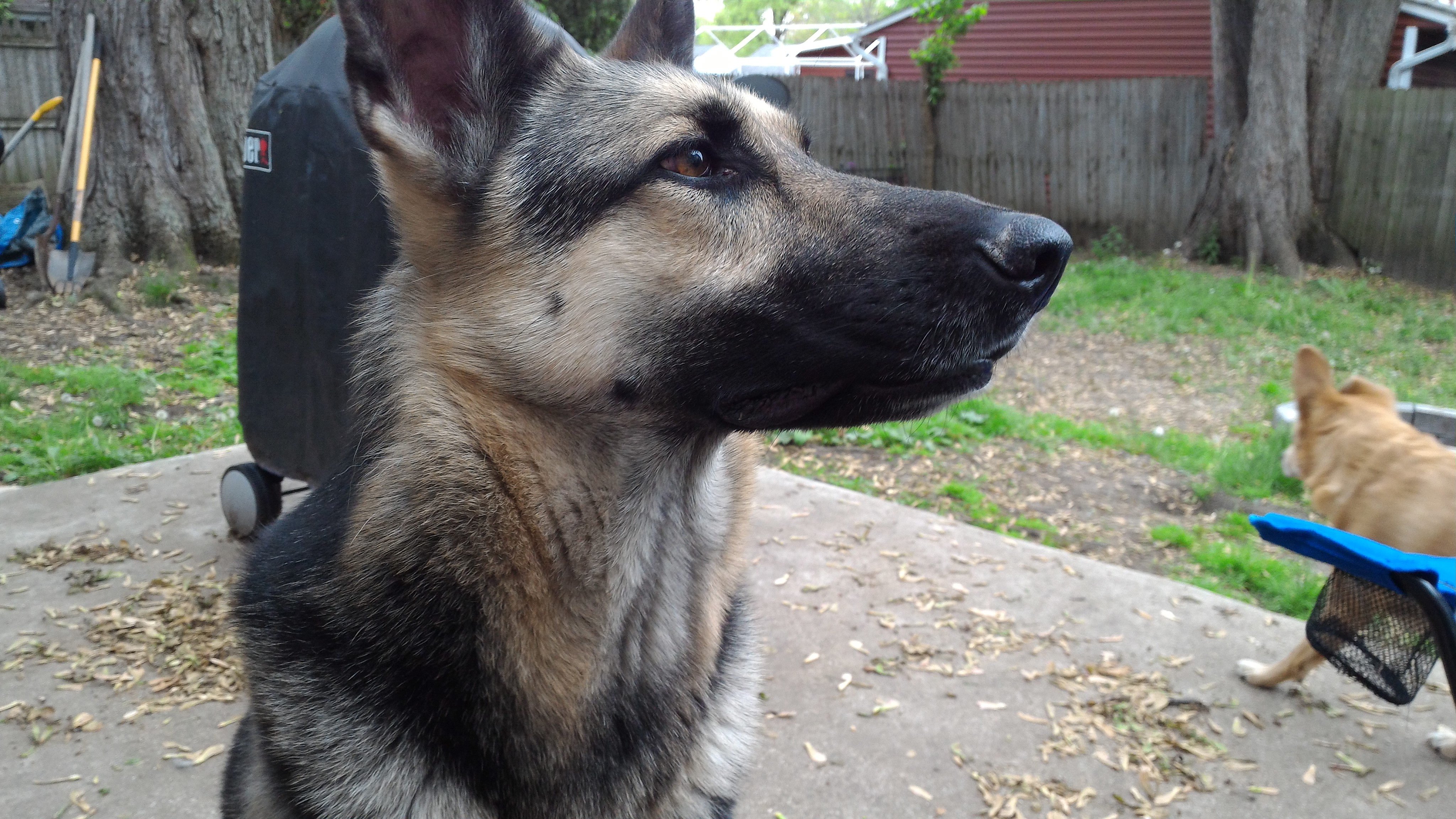 I was looking for fine detail in the hair, the presense of noise with darker colors, and overall detail level of the background. Unfortunately I see very poor results here considering the light level and the fact that I had locked focus before shooting. The image has not been cropped or edited in any way, and if you zoom in on the file you'll see blurred edges and a significant amount of noise. 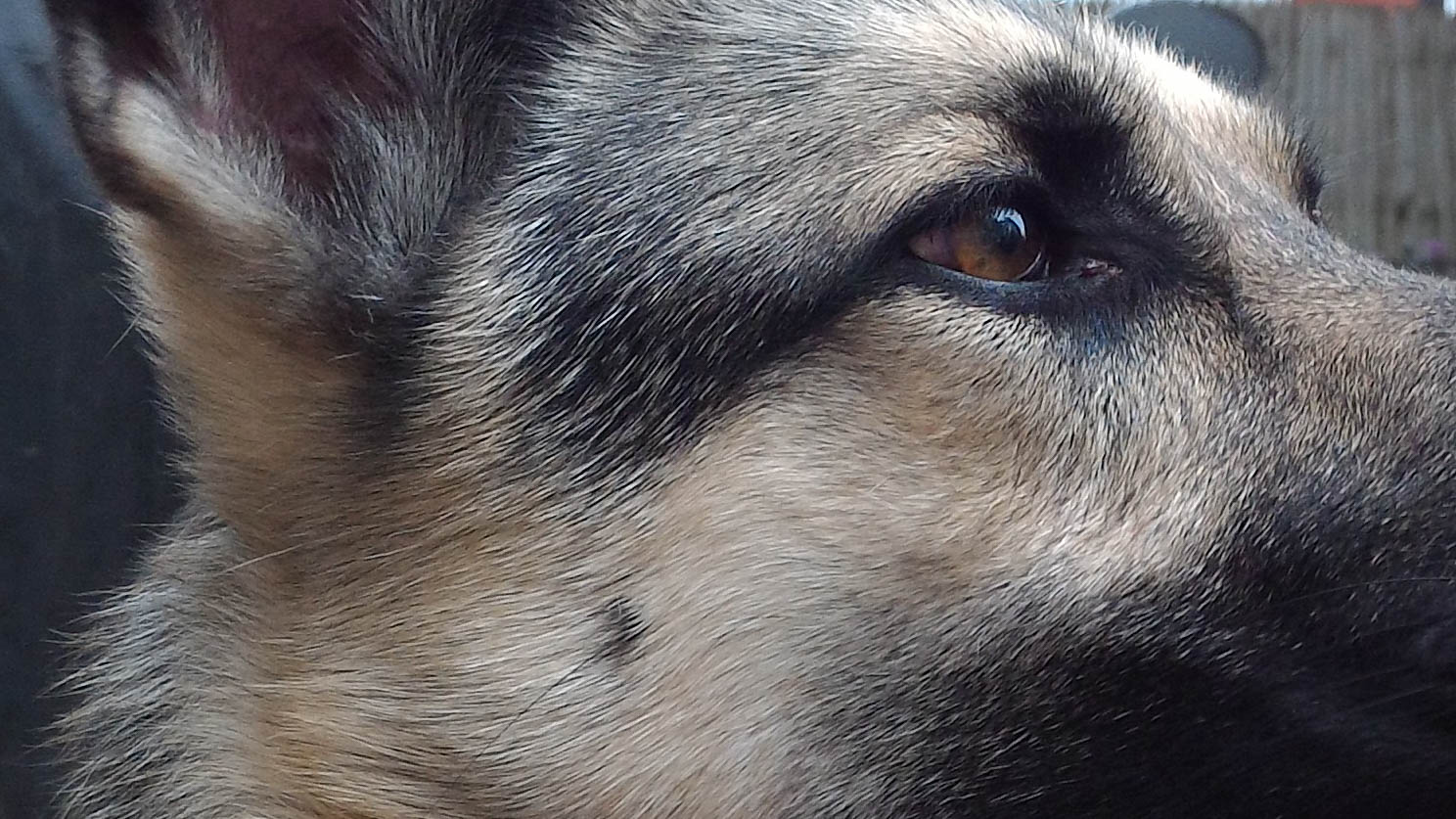 Cameras can be a sticking point for an otherwise good budget device such as the recently reviewed Moto E, and here the low cost of the Zenfone 2 shows a bit for the first time. Image quality wasn’t up to the standard of the other cameras I tested (Nexus 6, iPhone 6), and there was a lack of fine detail and some visible noise even with shots taken in bright daylight.

The results weren't bad by any means, simply average. But there is a common use case (poor lighting) where the Zenfone's camera suddenly took a commanding lead over the other phones I tested, thanks to its special low-light shooting mode.

The results with the Zenfone 2's camera speak for themselves. I tried out the Nexus 6, an iPhone 6, and the Zenfone 2 with the same shot at dusk (at 8:52 PM EDT, to be exact) with only the faint light from a window across the room. There was no discernable photo result with the Nexus 6, which is a camera that needs a good light source to perform well without flash. The iPhone was much better, producing this image: 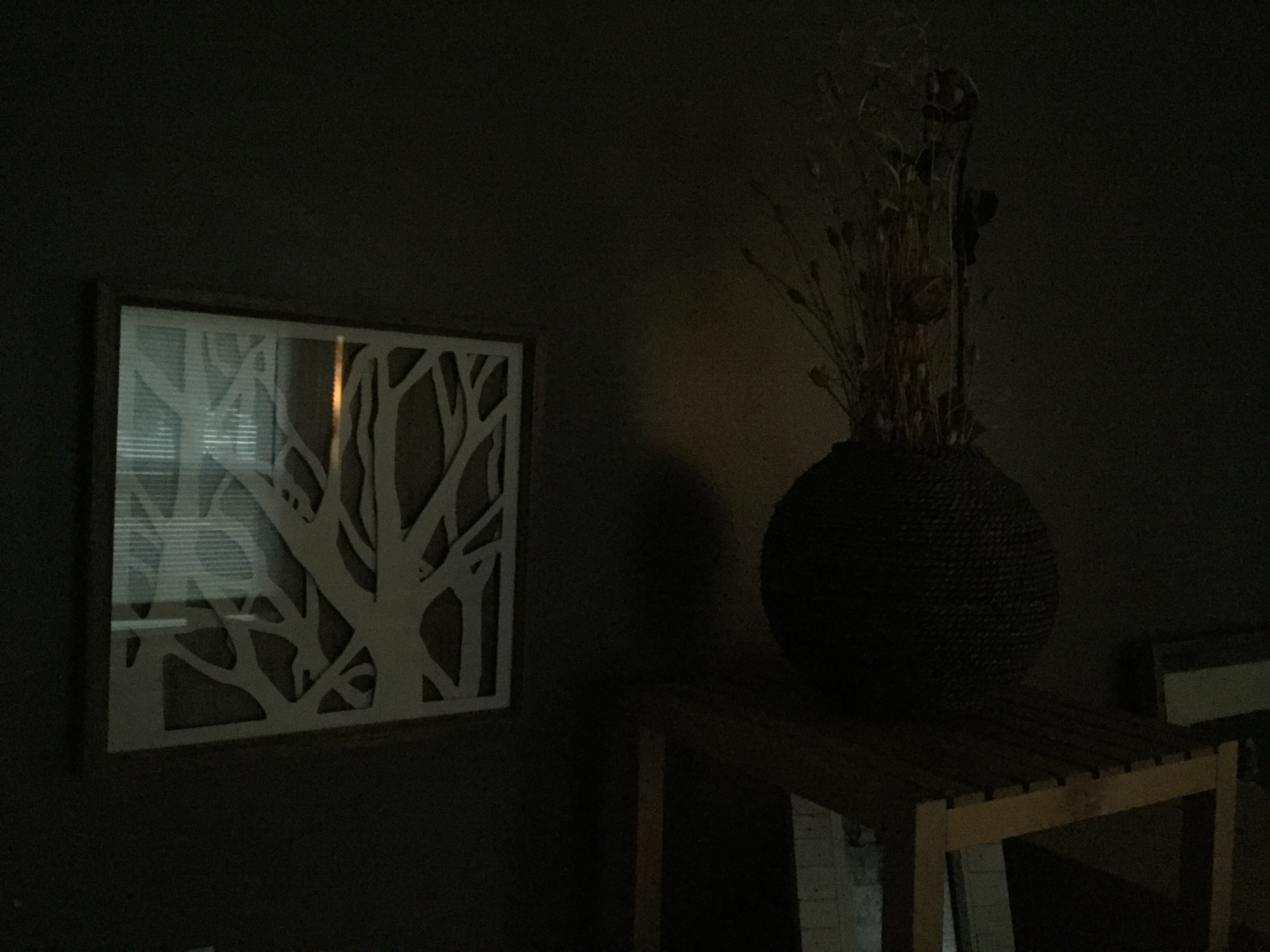 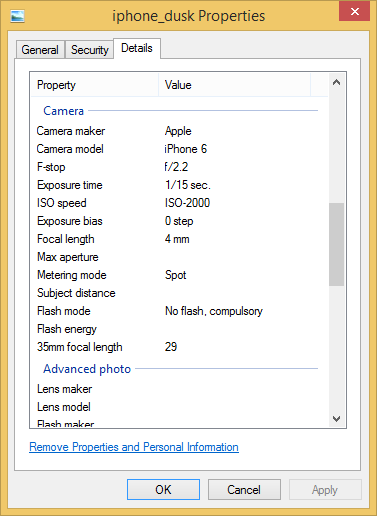 Next we have the result with the Zenfone 2. I left the camera app at its out of box settings, simply choosing the low light shooting mode instead of the default "auto" setting. This photo, snapped literally within seconds of the iPhone, is amazing. It looks like a totally different time of day: 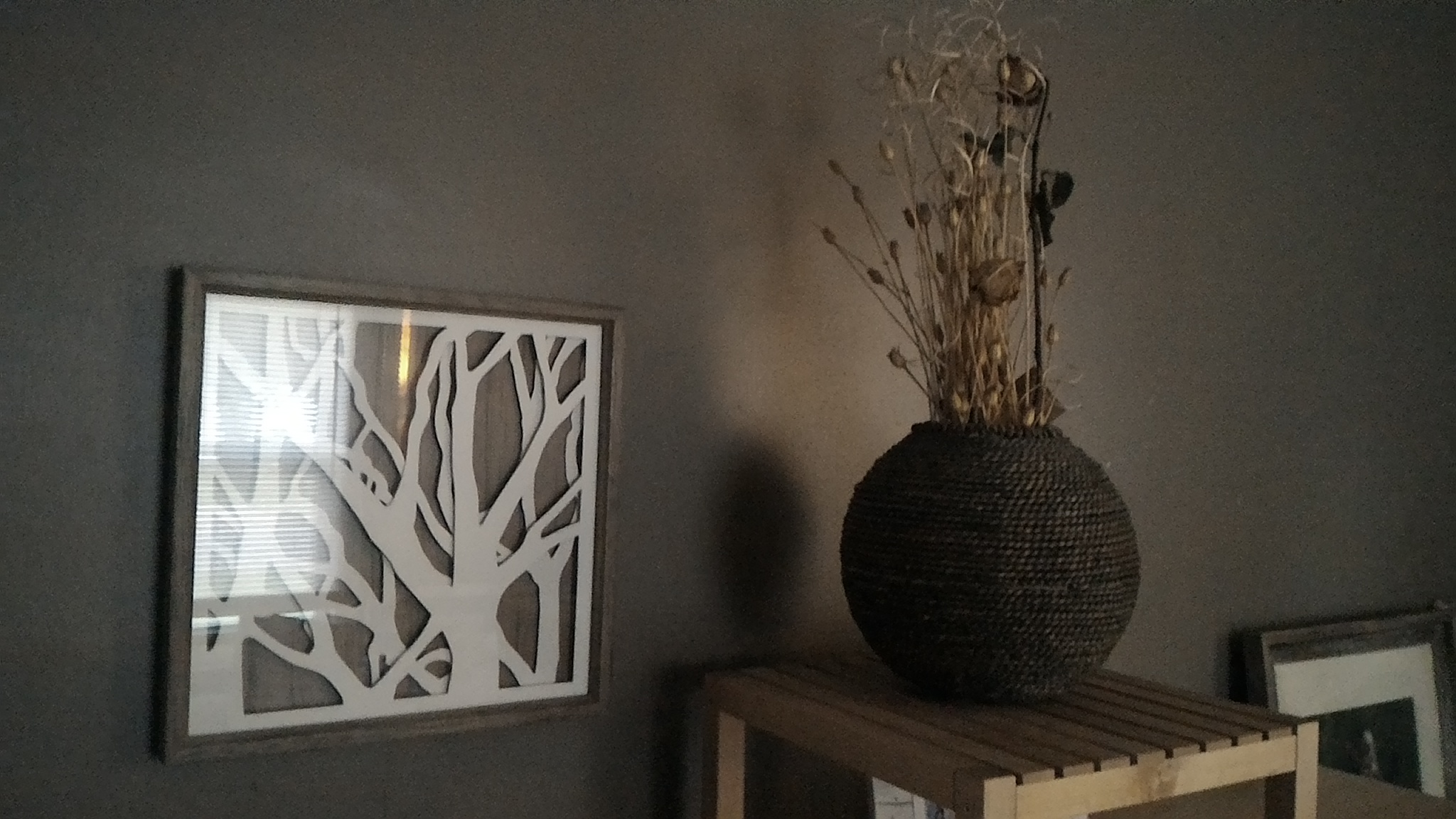 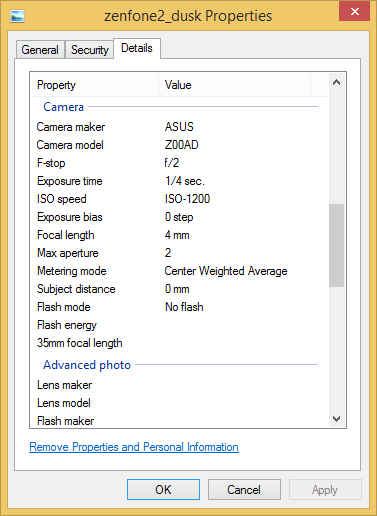 Look at that exposure time! 1/4 second will require a steady hand

The low-light mode combines a reduced resolution (3 MP) combined with a very long exposure (and I assume some amount of gain). With a result like this without a flash – especially from a quick handheld shot – I would never have guessed it was a smartphone, let alone a smartphone available for $299 as reviewed. The long exposure time would be problematic without steady hands or with an object in motion, but the result with still subjects is excellent.

Other functions of the camera worked well including autofocus (the usual tap to focus), which locked on the subject quickly and provided good results using the default app. I also tested Google's camera app, and the results were noteably worse. Additionally the stock ASUS camera software offers some manual control for those interested (ISO, exposure, etc.) as well. Ultimately I was impressed by the camera thanks to the great low-light mode, though the lack of fine detail in daylight shots was disappointing.

Call quality was good with the Zenfone 2, with good volume and clarity from the earpiece speaker. Changing volume during a call took getting used to due to the rear volume buttons, as most phones use side-mounted controls. The microphone produced good sound and noise suppression seems to work well during a few outdoor test calls. Overall a very good, if unremarkable, experience (not a bad thing when it comes to making calls).

The Zenfone 2’s loudspeaker is located on the back of the phone, and as you might expect from such placement it is often rather hard to hear. If the phone is on a flat surface the rear speaker becomes much louder, as sound is able to bounce off the surface which creates natural amplification. When in hand, however, the speaker either sounds softer or is simply muffled, depending on how you hold the phone. I found myself unintentionally muting the speaker with my palm at times (particularly when using the phone with both hands), but this will vary from user to user.

Sound from the speaker was, as you might expect, thin with no discernable bass, and there was a slightly exaggerated treble which does at least serve to make voice sound brighter. Speakerphone calls are adequately loud, again depending on how the phone is being held, or where it is sitting with the rear speaker location. Using the 3.5 mm output with both headphones and as a line out in the car, I discovered much of that "thin" quality to the sound is not unique to the speaker, which was disappointing.

The sound with headphones was overly bright with very soft bass response, and though output was more than adequate (this phone can get very loud from the headphone jack) this would not be well-suited to any serious music listening.

Next we'll look at battery life and then go over some final thoughts. 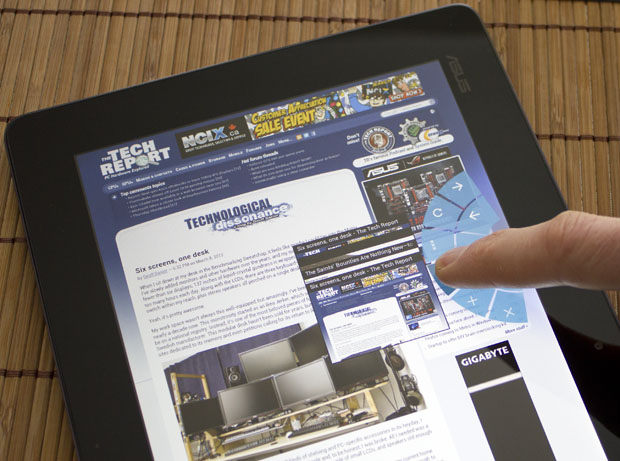 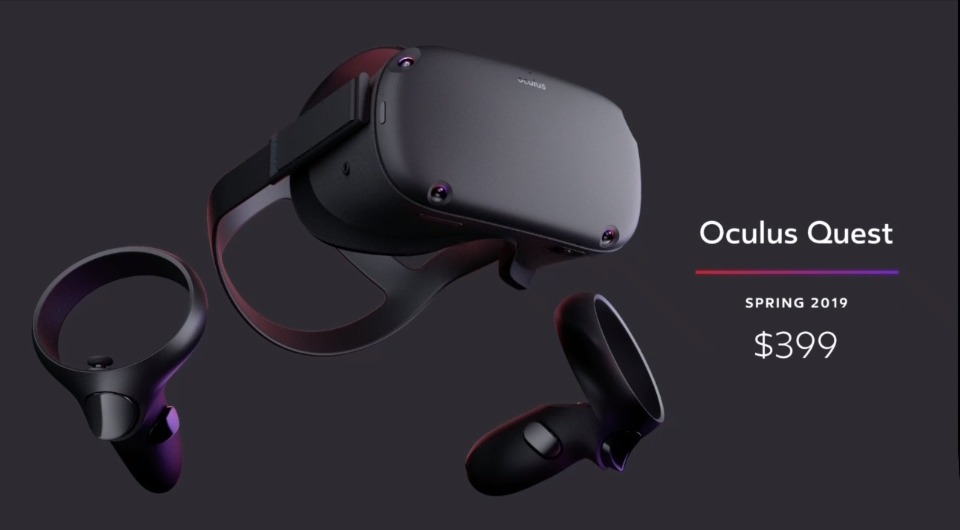