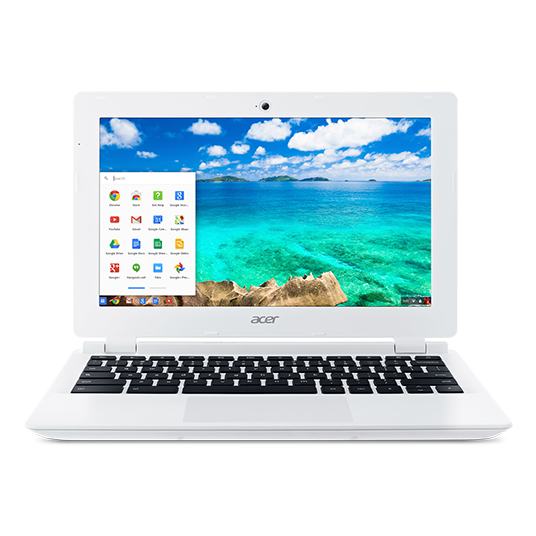 If you think about price when you think about Chromebooks, then Microsoft is hoping to have options in Windows 10 for you. Laptops that boot into a web browser still have interesting security and ease-of-use implications, which this will not address. From the previously mentioned cost standpoint though, full-featured Windows laptops can get down to those levels, especially when Microsoft helps out on the OS license fees.

This is the more-expensive Chromebook running Google Chrome OS.

Acer will launch their Cloudbook line in August, with 11-inch and 14-inch versions, starting at $169. While you can get Chromebooks for $149, Acer's Chromebook 11 is currently selling for $179.99, which puts the Windows 10 model $10 cheaper than it. On the other hand, we don't know anything about the system specifications. It is possible that the Cloudbook could have less than an Intel Celeron with HD Graphics and 2GB of RAM — but we hope not.

The Acer Cloudbook will not make Microsoft's July 29th launch date of Windows. Instead, as previously stated, look for it some time in August. Prices start at $169 USD.