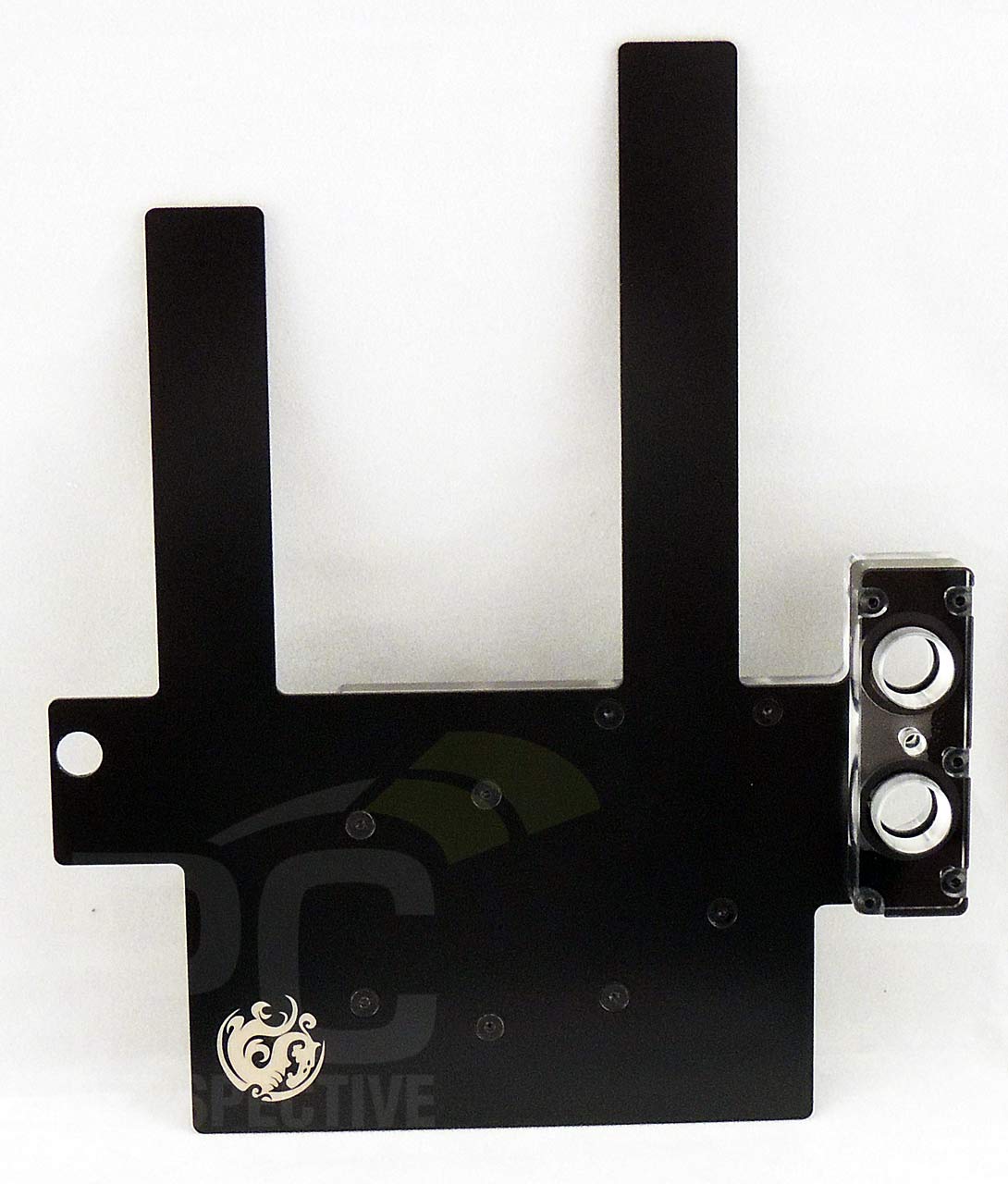 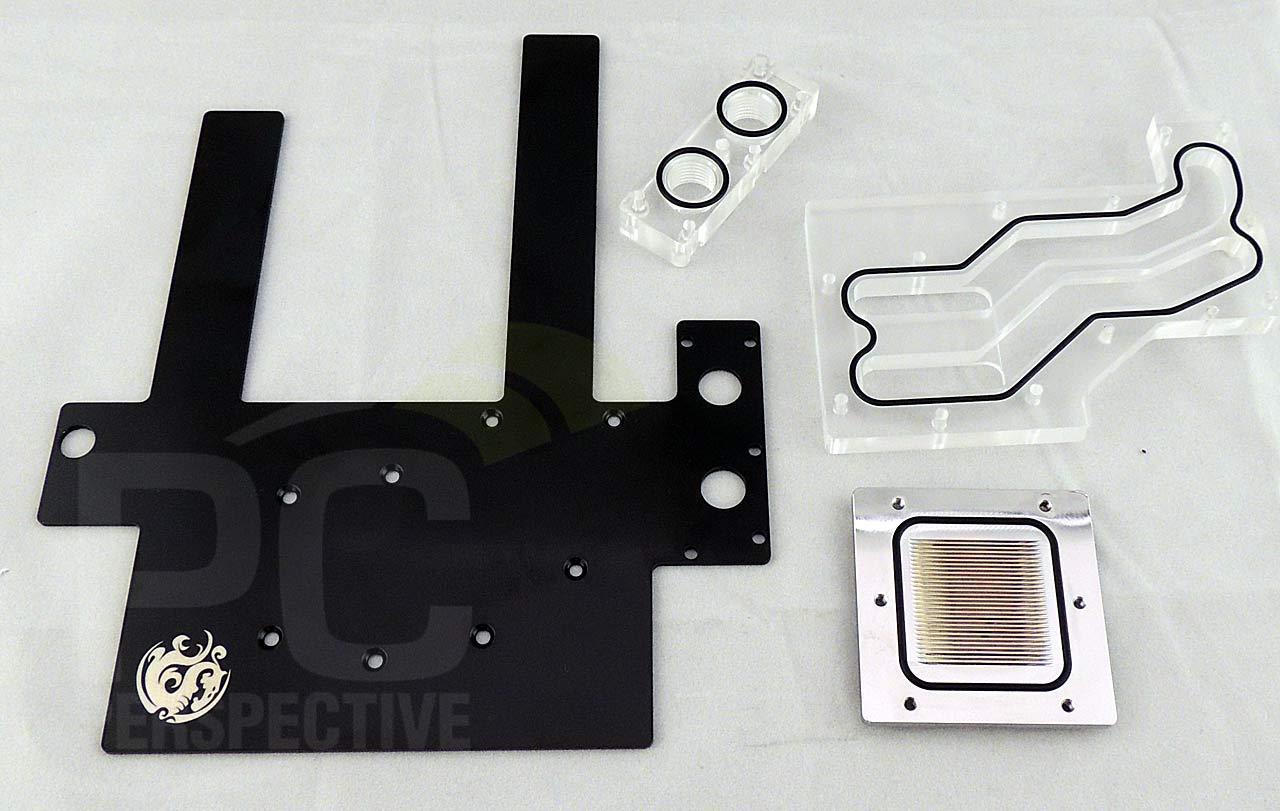 With the hex screws removed, the chipset block separated into four distinct parts – the acrylic port block, the top plate, the acrylic liquid channel block, and the chipset base plate. All parts seal to one another with rubber o-rings embedded in grooves cut into the surface of the block. 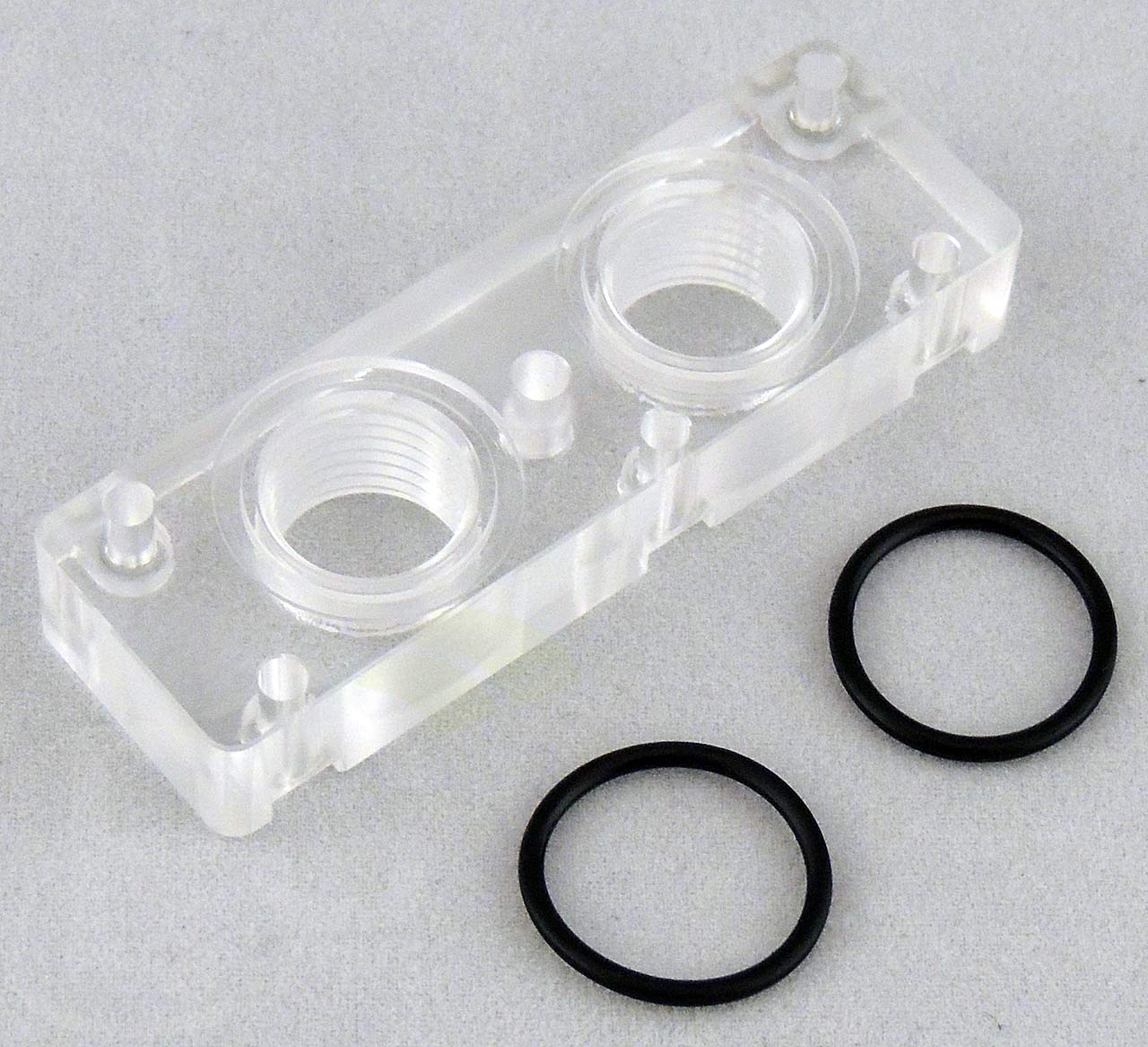 The acrylic port block sits on top of the top plate with two round rubber o-rings sealing the port holes to the top plate. The port block contains two threaded G1/4" ports with grooves on the underside along the outer edge of the ports for seating the o-rings. The block is held in place with five hex screws. The middle mount hole in between the two ports does does not go all the way through the block. It is used for mounting with the CPU block interface plate. 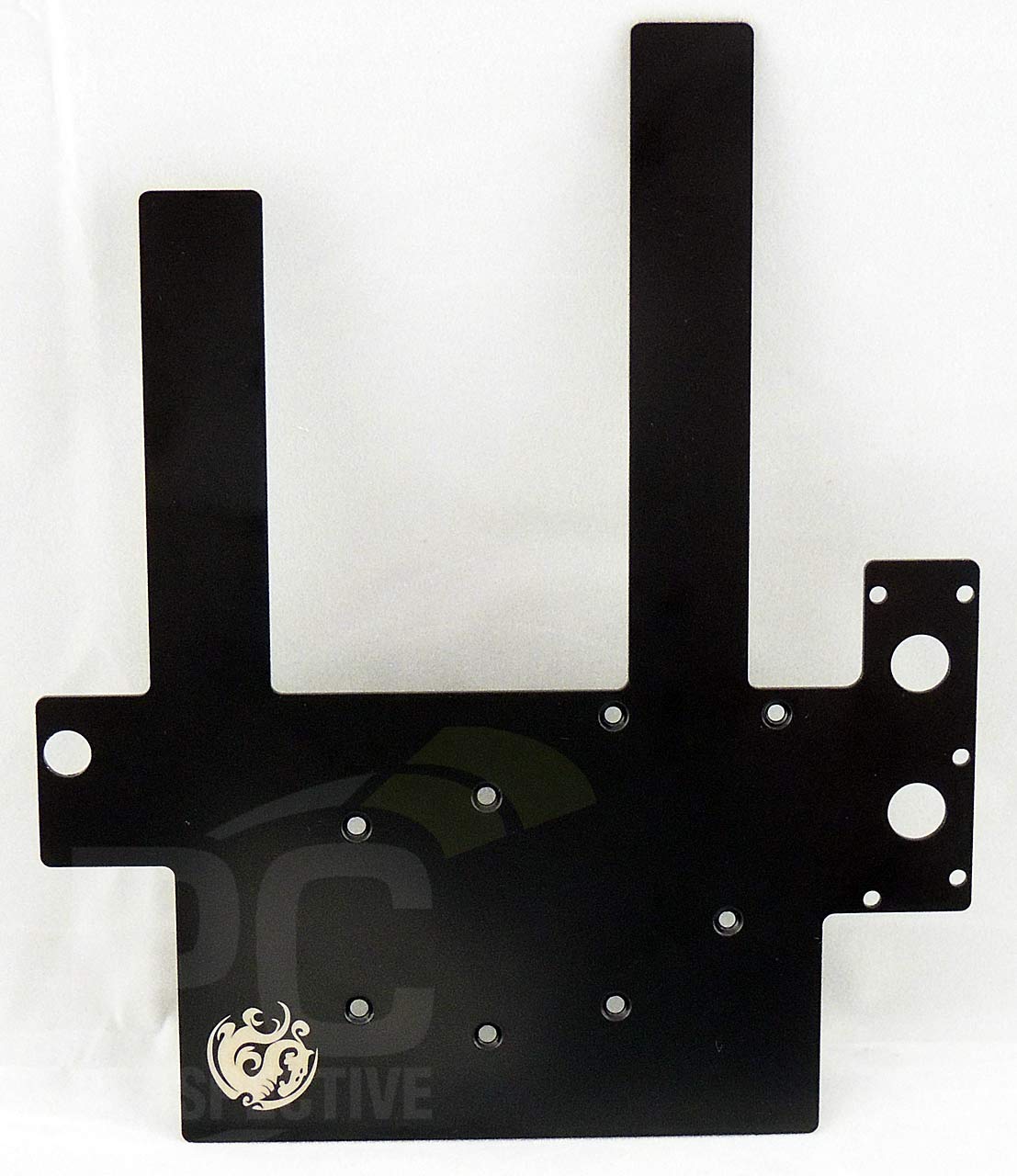 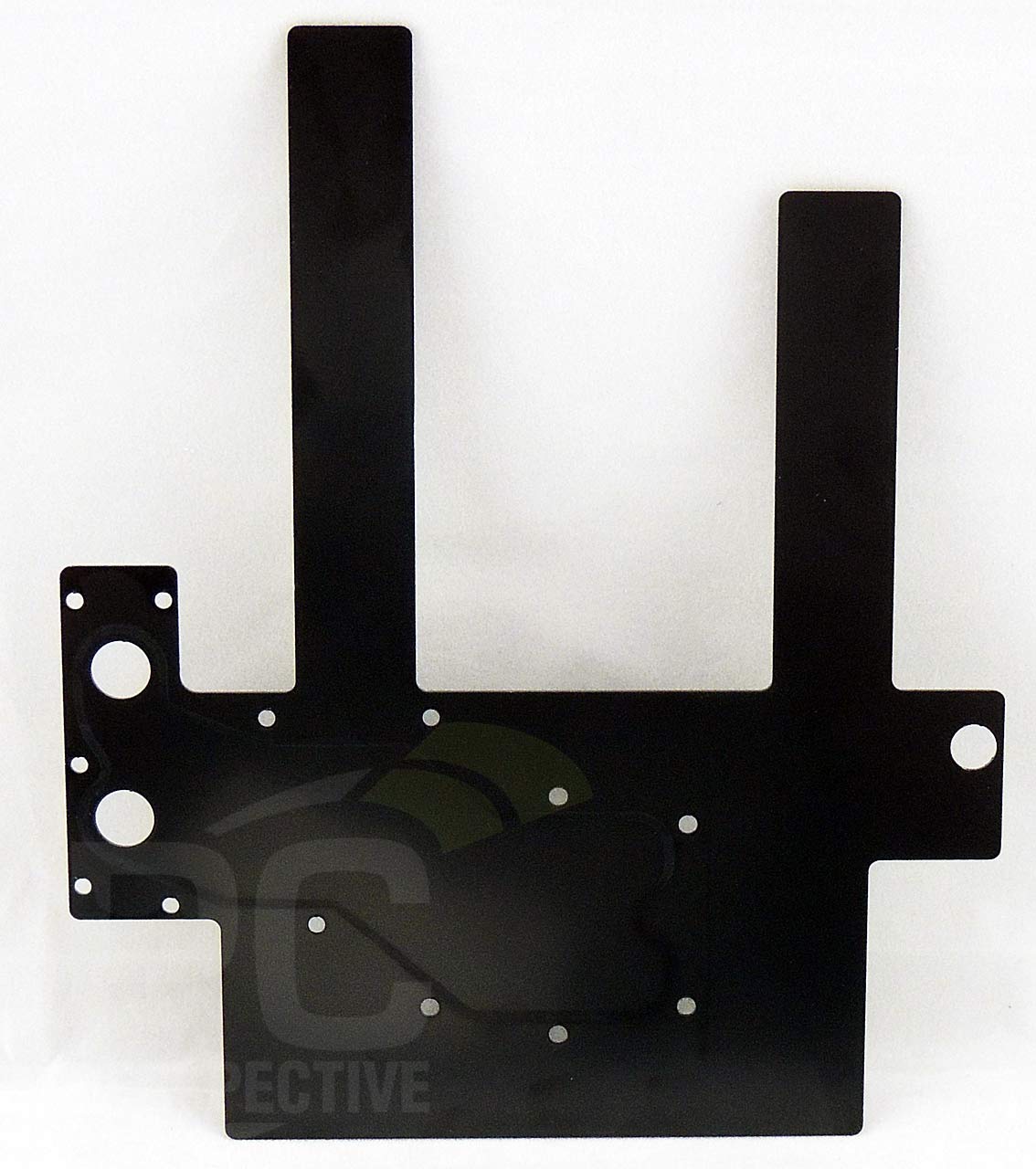 The top plate is a black powder coated metal plate used to form the liquid channels, in conjunction with the acrylic plates, feeding the chipset base plate. The plate's coating protects the metal from interacting with the coolant it comes in contact with. The plate sits over the entire lower left portion of the board with two "fingers" that cover the board space below the PCe x1 slots. In the lower left corner of the plate is the Bitspower corporate logo in white. 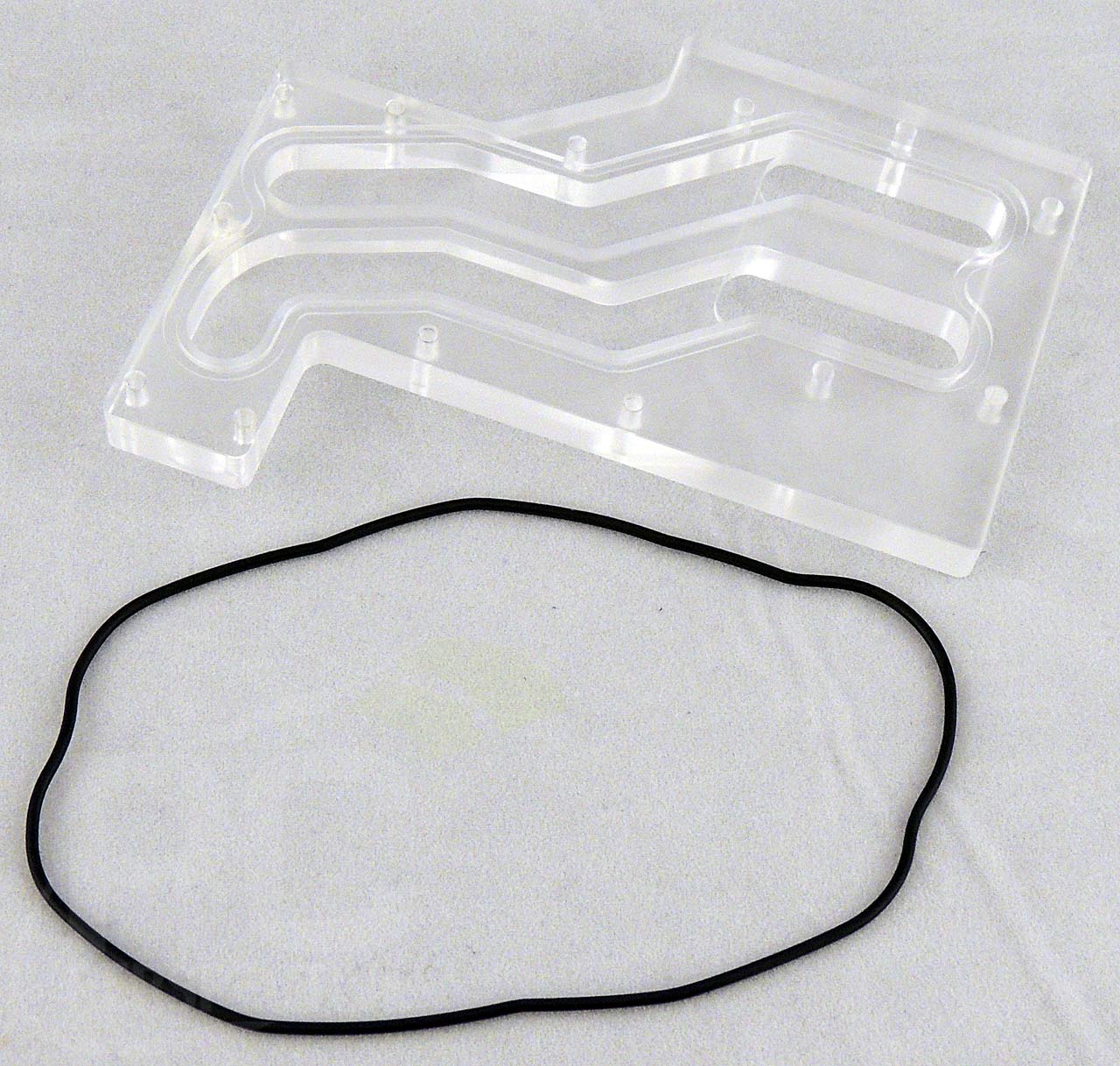 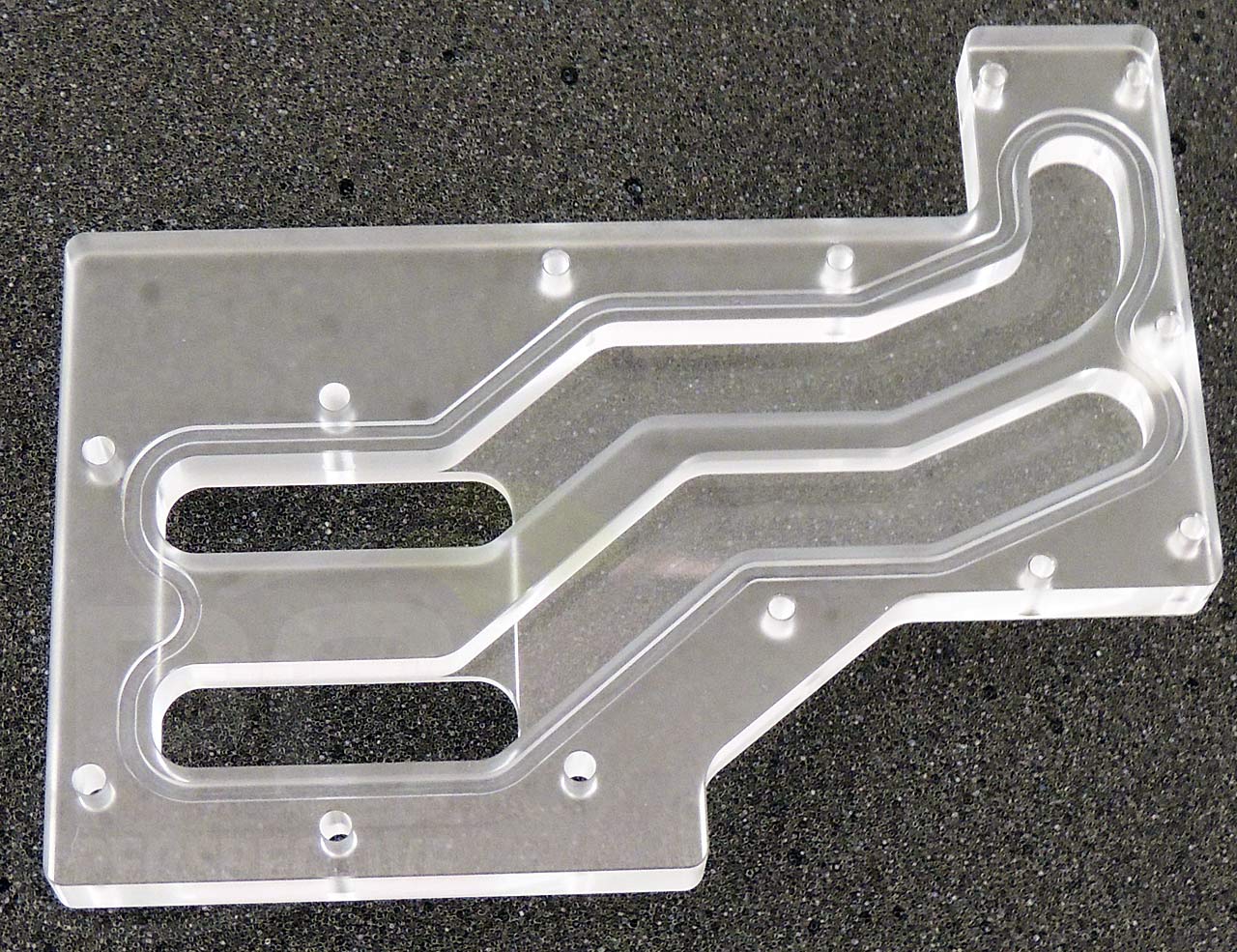 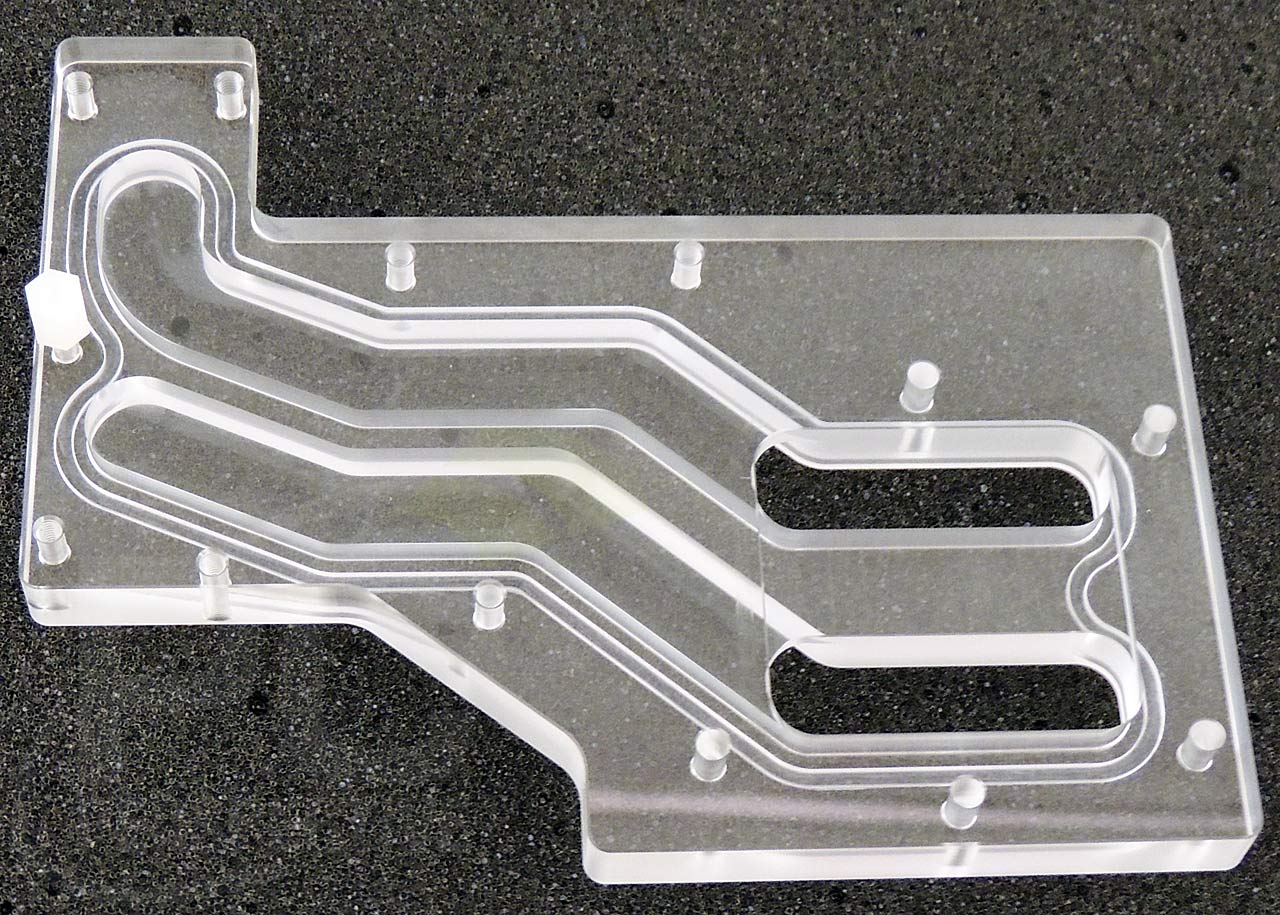 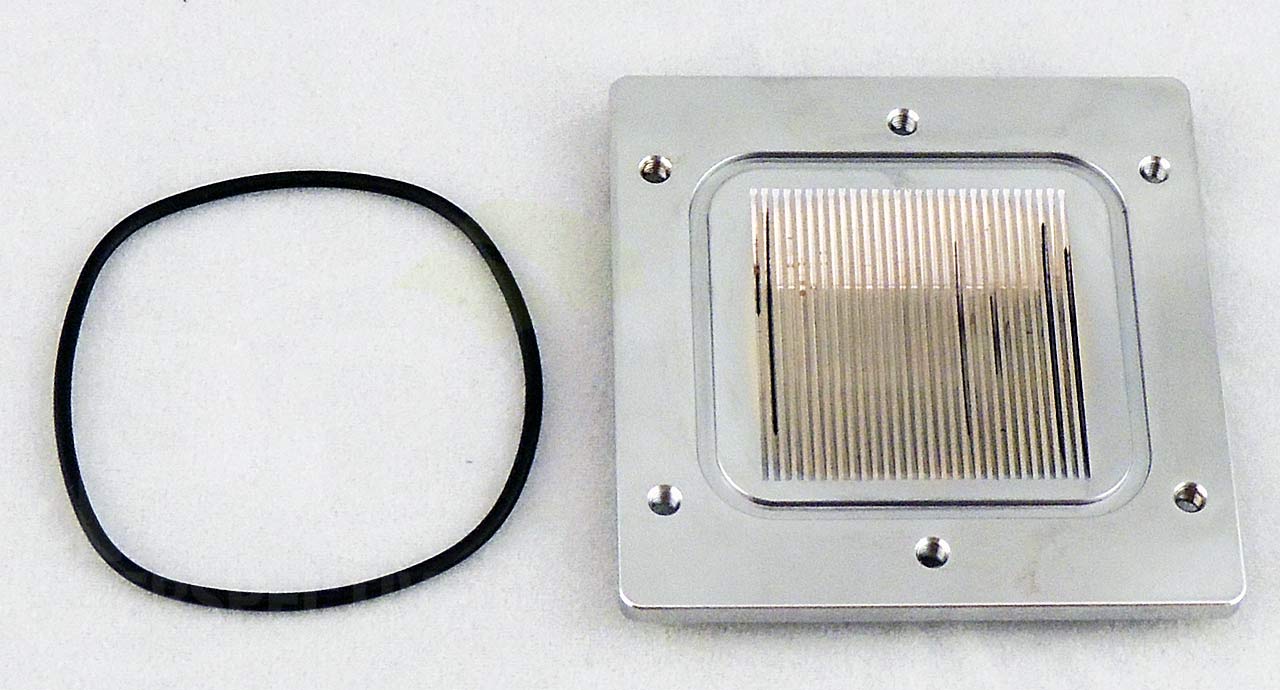 The chipset base plate is a nickel-plated copper construction sitting directly underneath the left-most point of the acrylic channel block. The base plate seals to the channel block with a rubber grommet and five hex screws. The nickel plating offers corrosion protection and scratch resistance to the copper block, but is thin enough so as to not inhibit the copper's superior heat transfer properties. 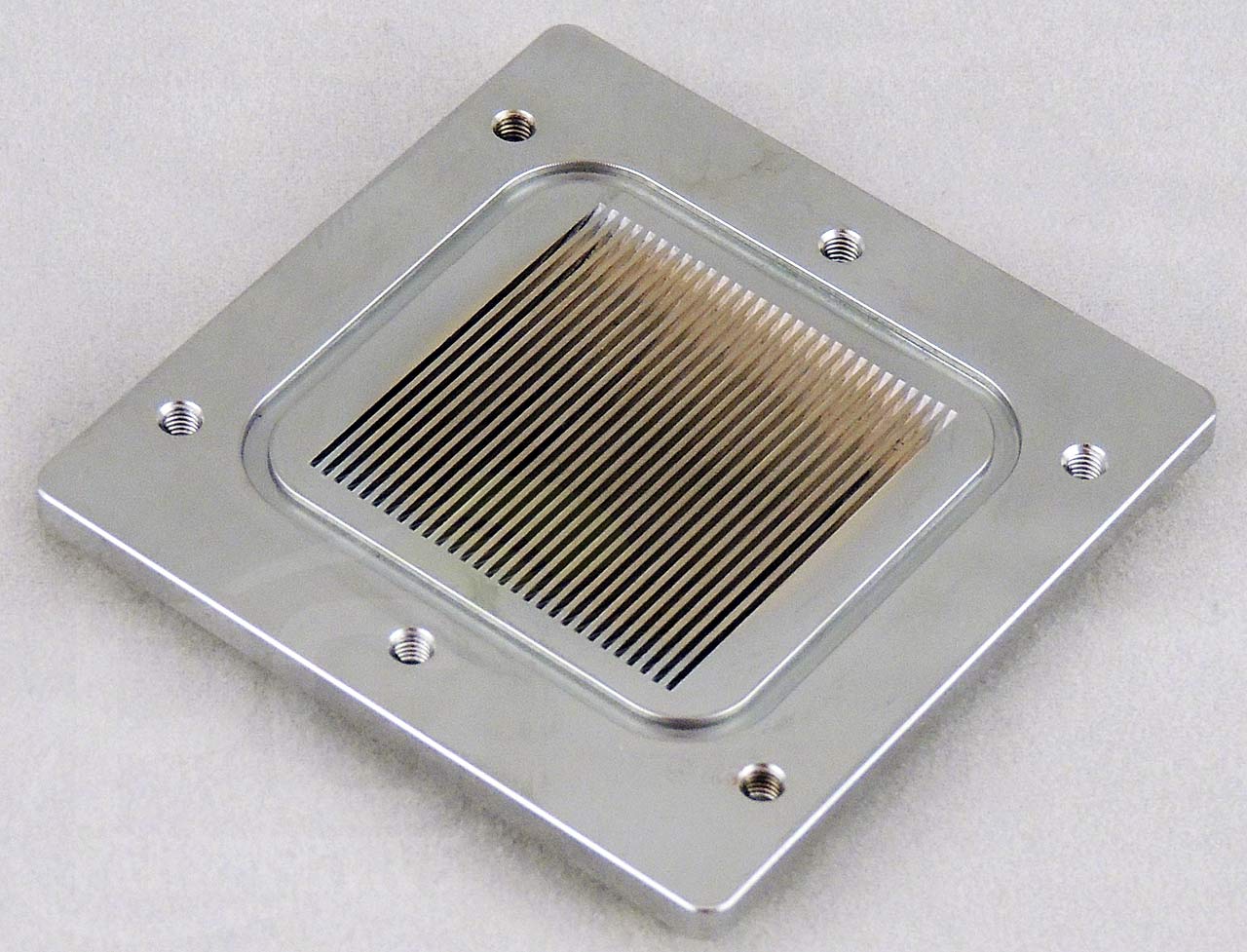 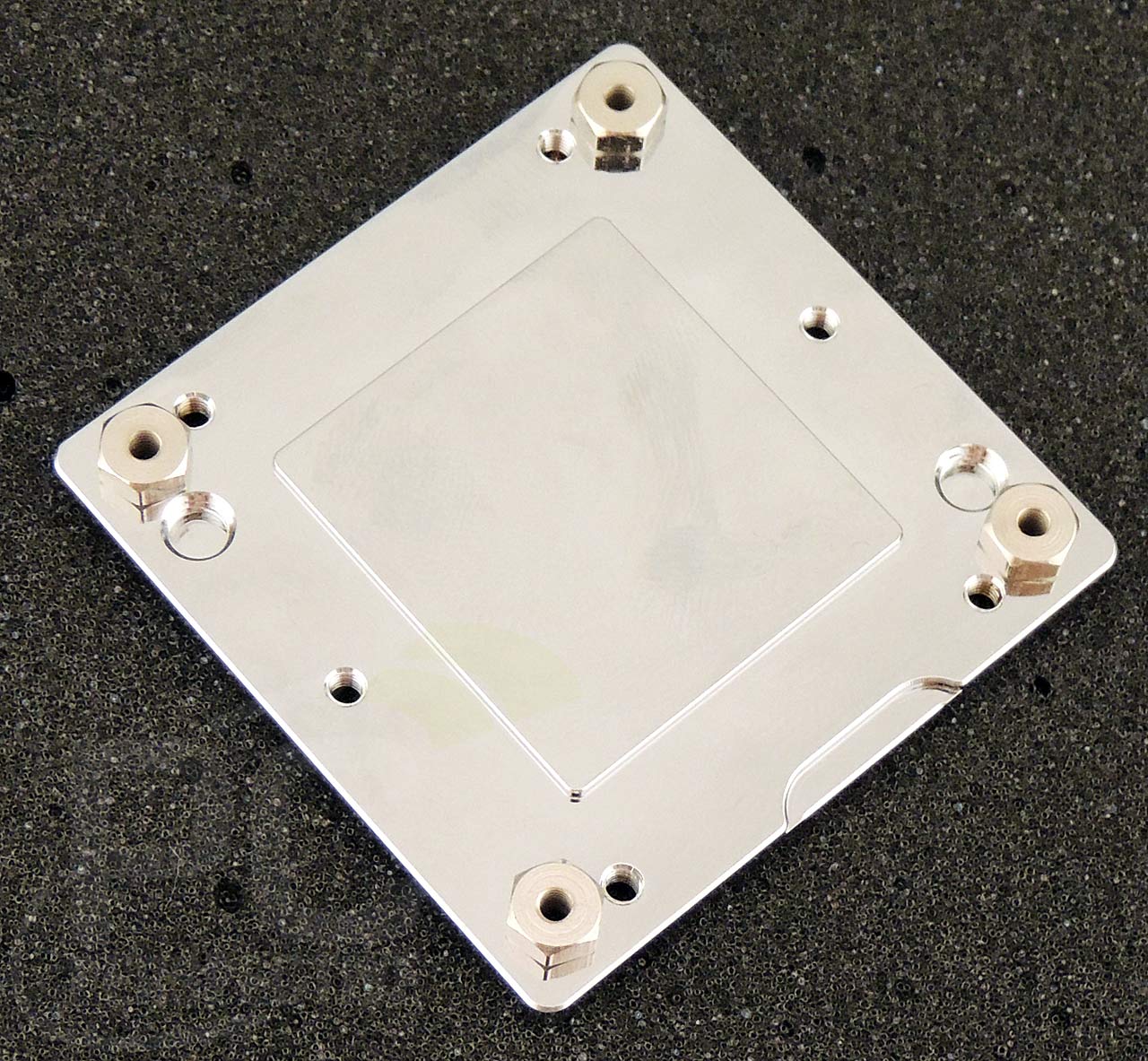 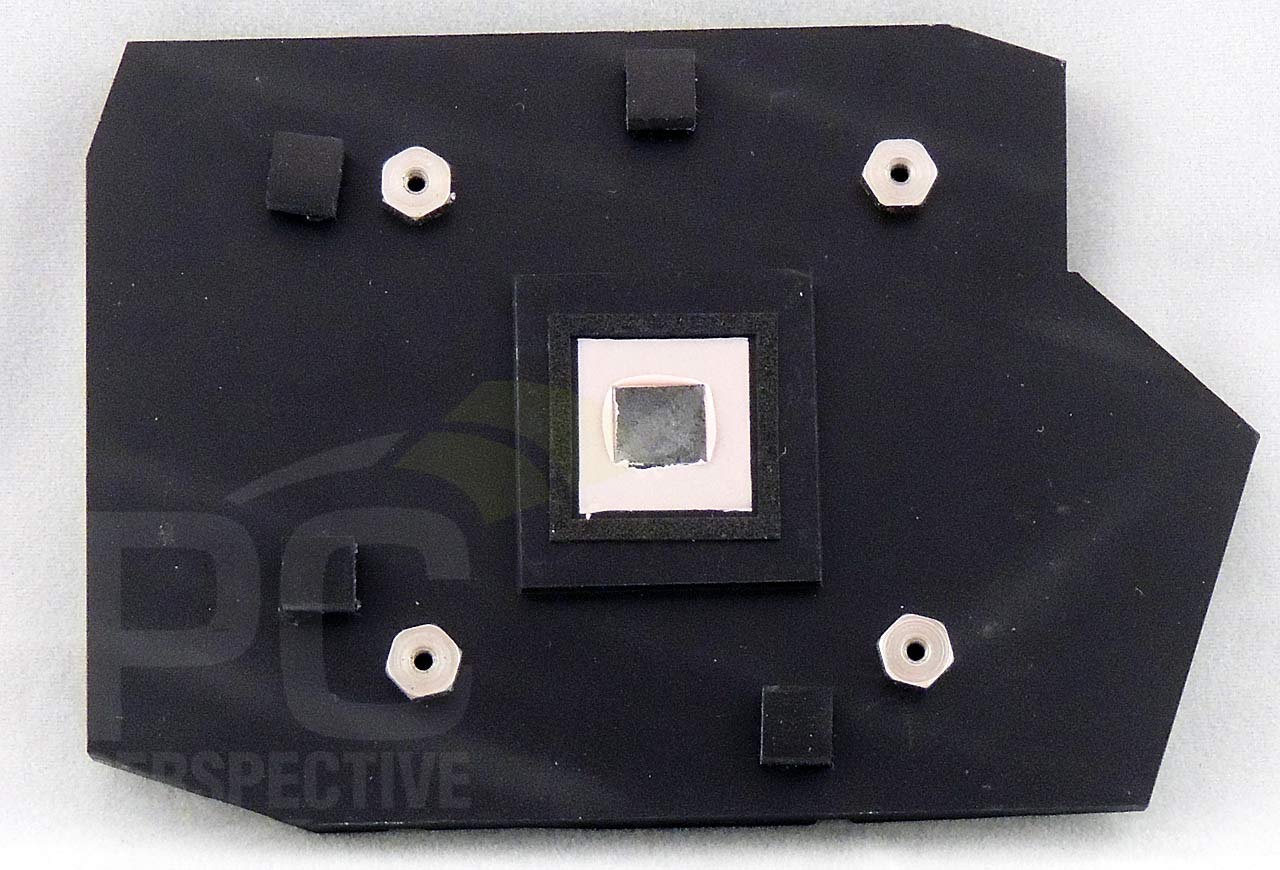 The underside of the base plate has four metal stand-offs in each corner of the block for mounting the block to the board and to keep the block from being overtightened and crushing the X99 chipset core. The chipset interface area is slightly offset to allow better interfacing with the X99 chipset and more height for the micro-channels in the upper portion of the block. The design of the Bitspower chipset base plate closely mimics that of the stock chipset heat sink included with the Rampage V Extreme. Bitspower uses a similar design with the metal standoffs as well as the offset contact area for the X99 chipset. The one thing Bitspower did not borrow from the ASUS design was the foam die-guard that assists in preventing chipset core crush. However, the Bitspower base plate standoffs are designed to prevent core crush – we encountered absolutely no issues with this during our testing. 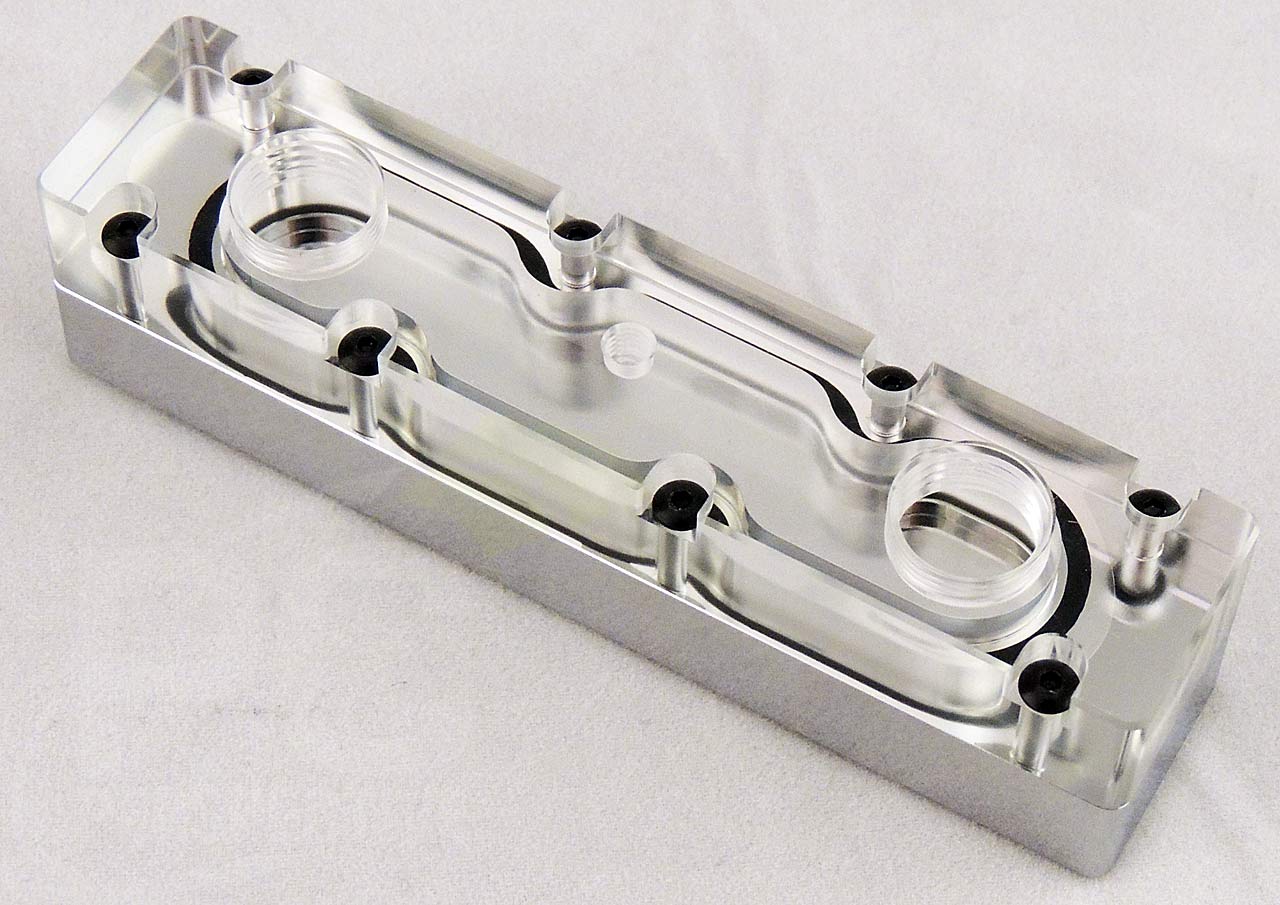 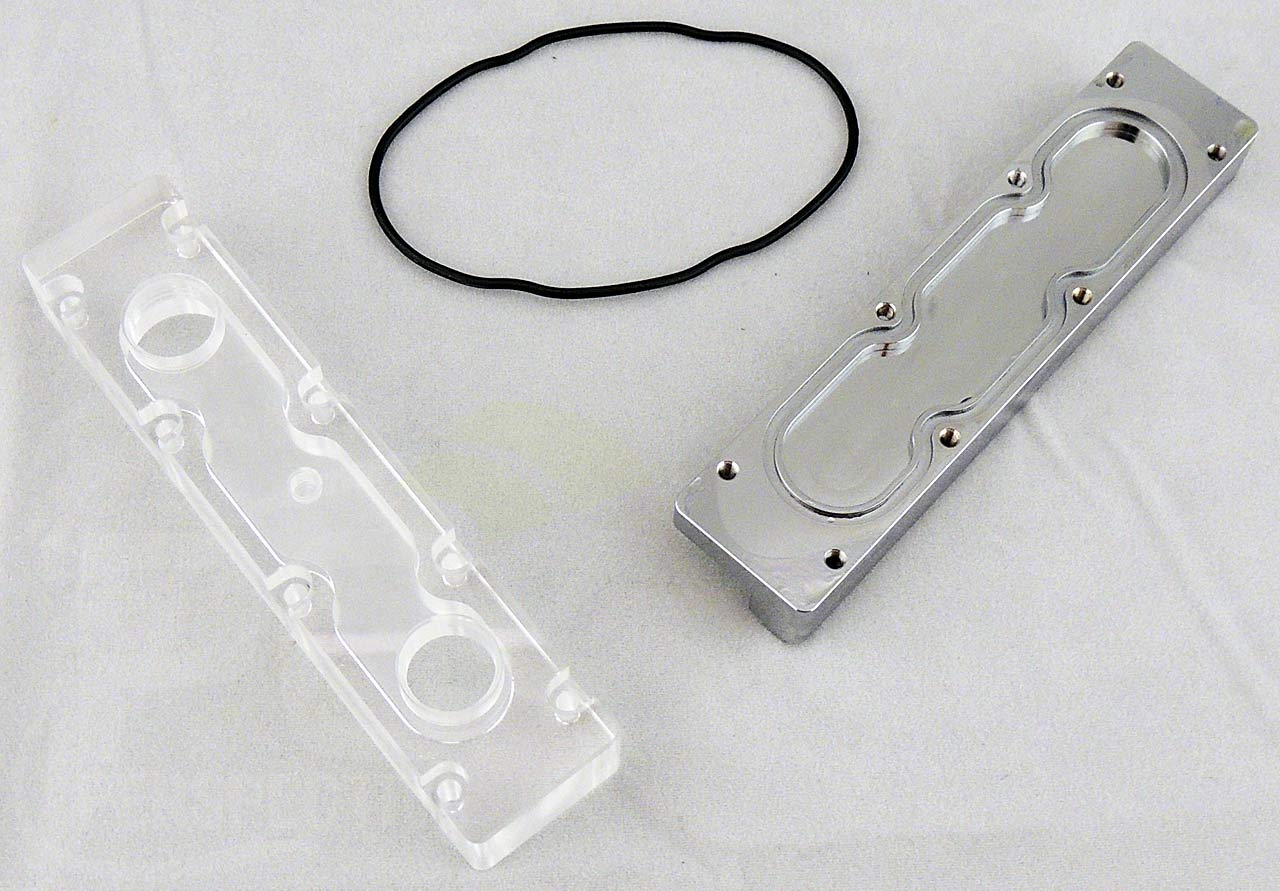 The VRM block is constructed of a acrylic top piece and a nickel-plated base plate sealed by a grommet. The two pieces are held together via eight hex screws mounted to the bottom plate through the acrylic top plate. The G1/4" threaded inlet and outlet coolant ports are embedded in the right and left-center portions of the acrylic top plate. 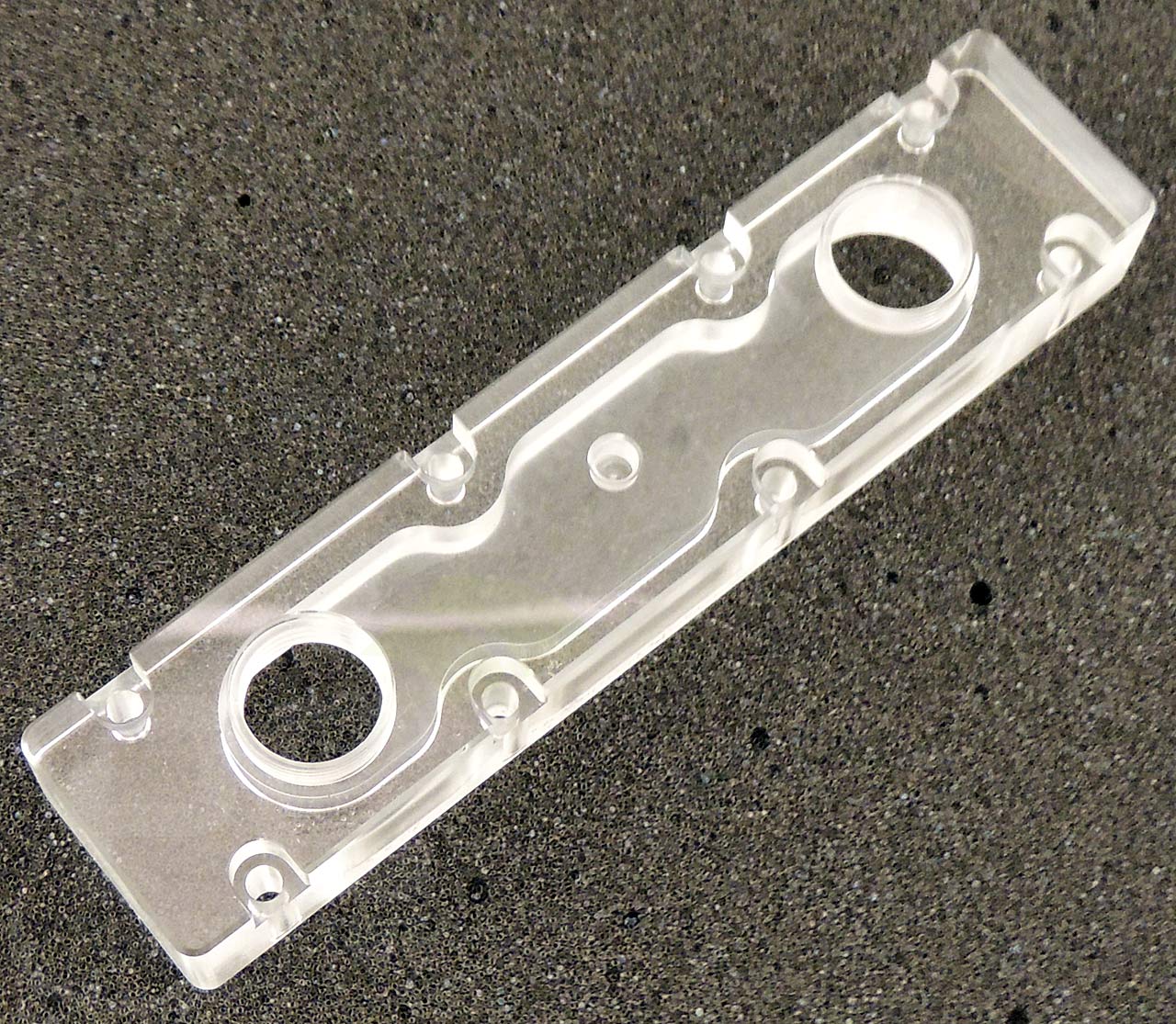 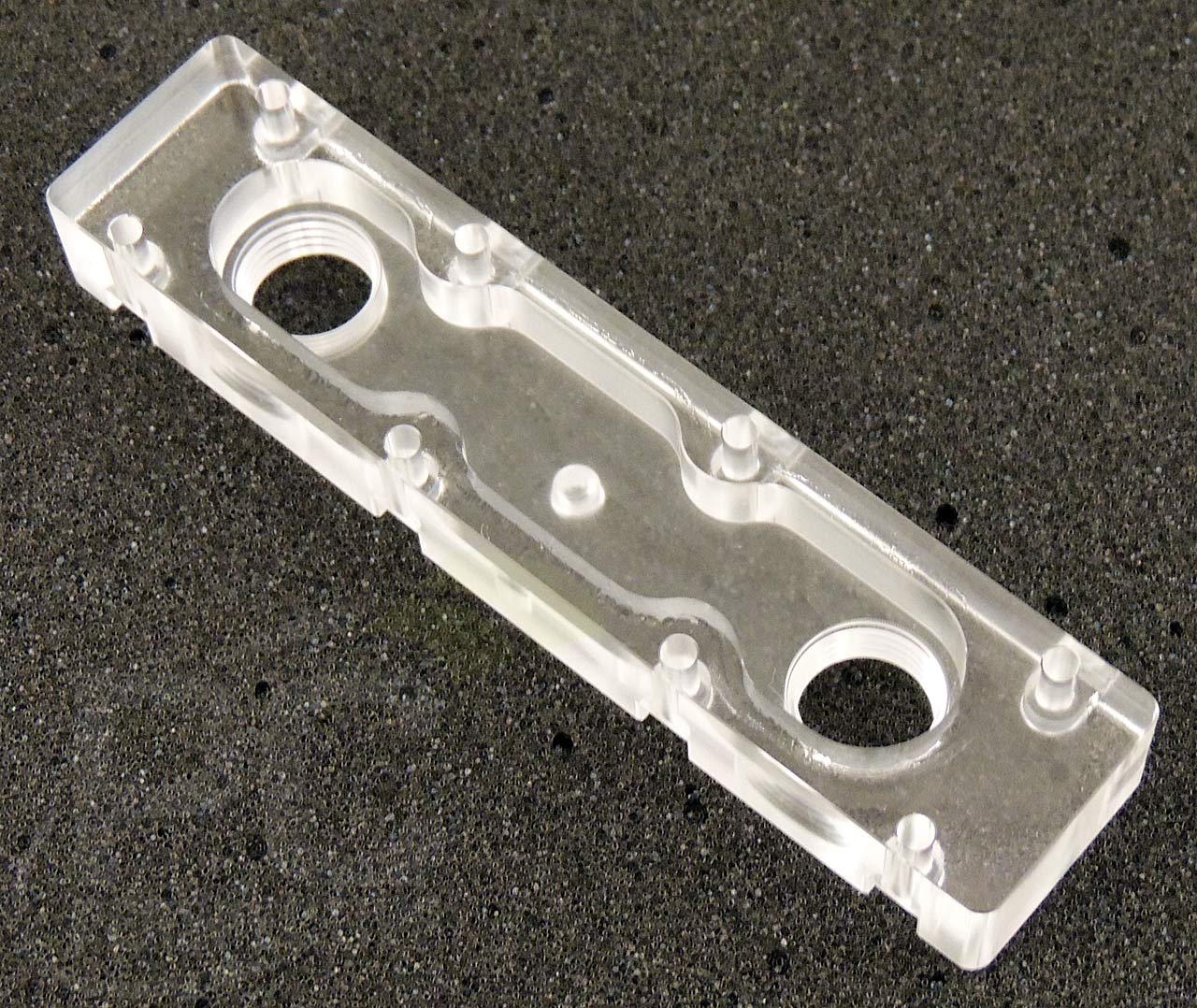 The acrylic top of the VRM block has eight holes acting as pass-through channels for the screws fixing the top to the base plate. The screw holes sit below the surface of the top so that the hex screw heads sit flush to the top plane. The hole in the center in between the two ports does does not go all the way through the block. It is used for mounting with the CPU block interface plate.

The VRM base plate is nickel-plated copper to aid with corrosion and scratch resistance. The plating is thin enough so as to not interfere with the heat transfer capabilities of the copper. The grommet used to seal the water block sits in a groove running along the outside of the liquid channel. The liquid channel itself is flat which works against its heat dissipation capabilities to some extent. Micro-channels or other surface irregularities add heat dissipation surface area leading to greater heat absorption by the coolant medium. However, a flat surface such as this one minimizes the coolant resistance when traveling through the block, allowing for minimal loss of coolant flow rate as a result. 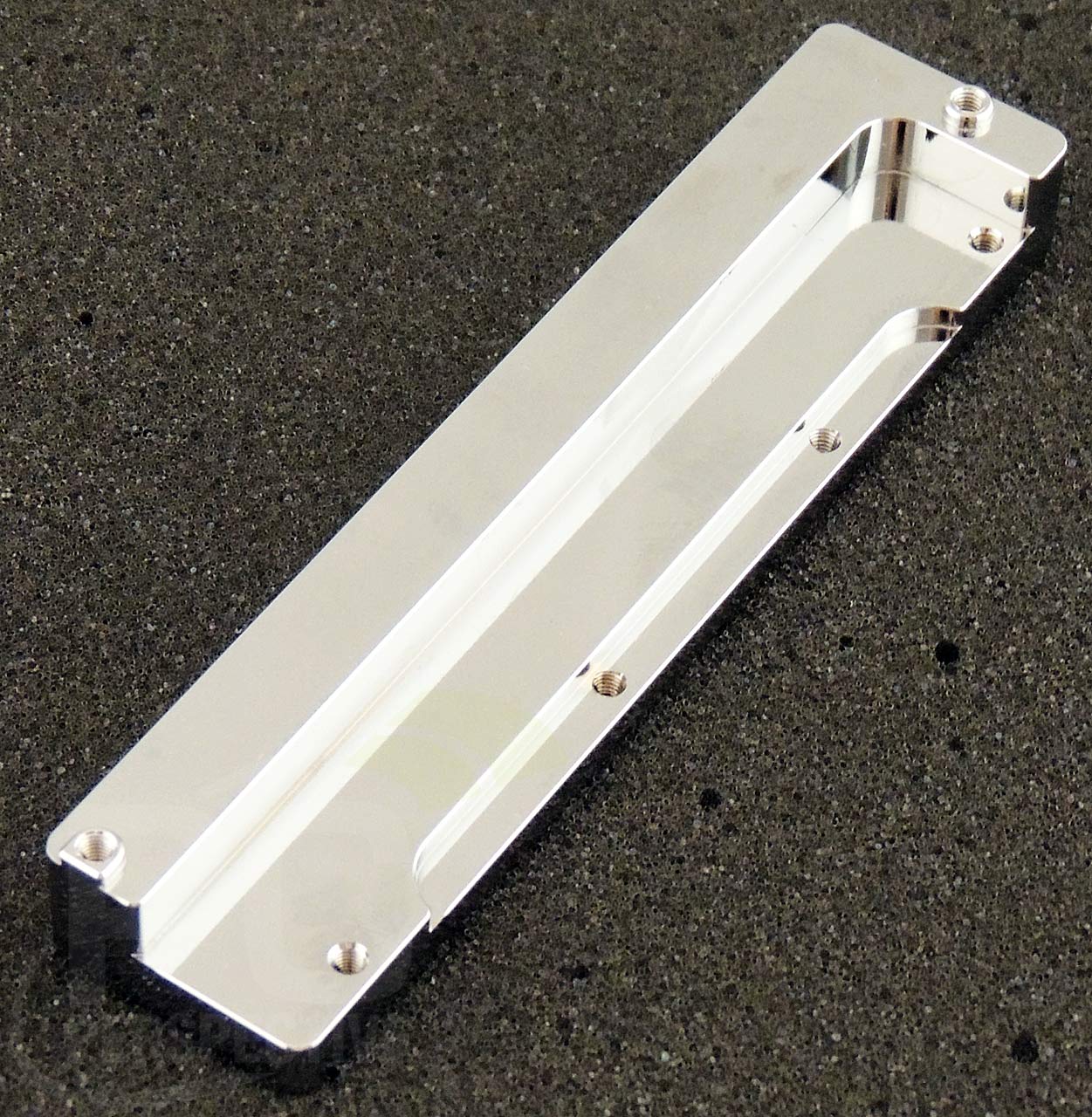 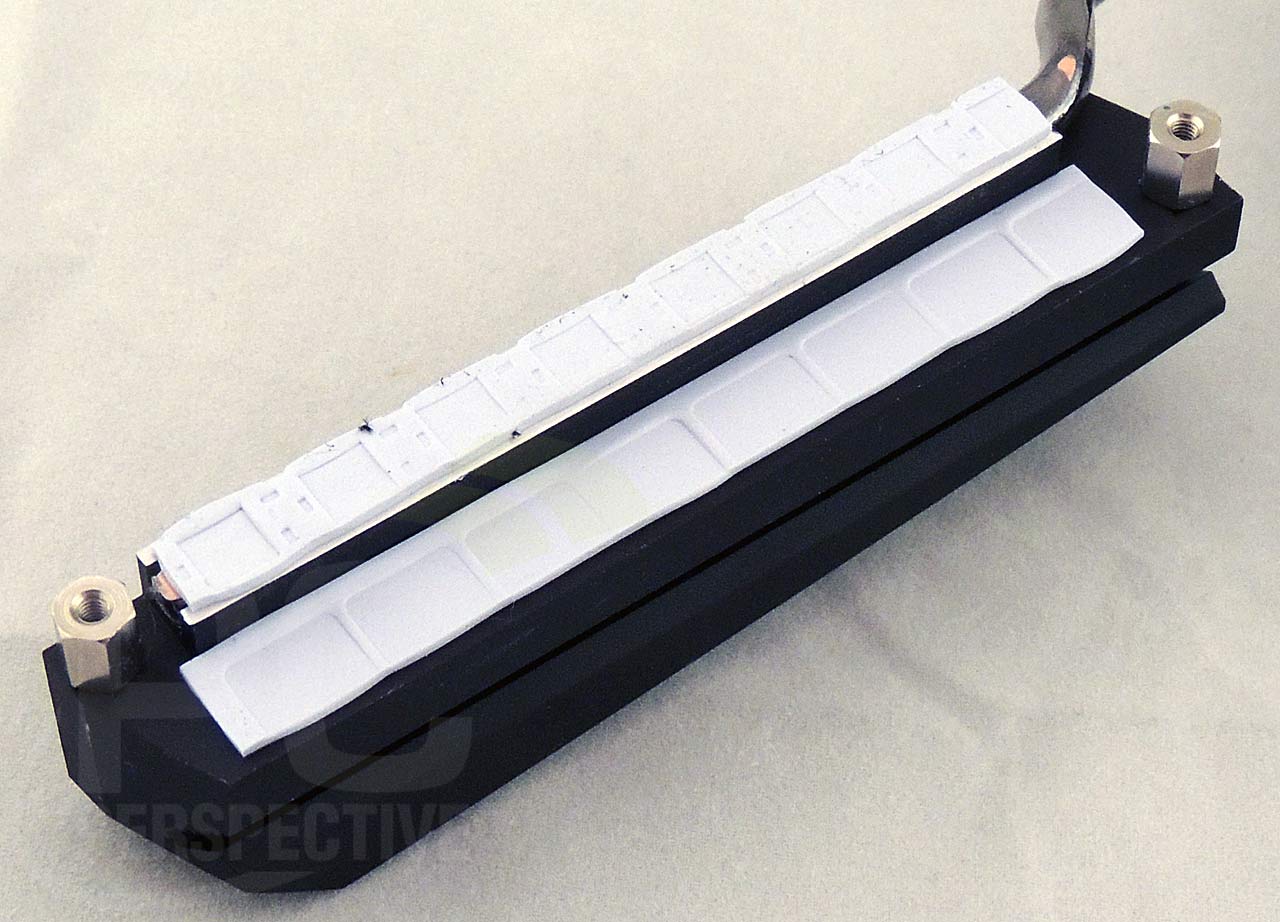 The bottom of the VRM block is a stepped design to mimic the layout of the CPU power circuitry on the board. The lowest step of the block sits directly on top of the VRM chips, while upper part rests on the top of the board's chokes. Thermal tape (included) rests in between the cooler and chips for cooling purposes as well as to aid in board shorting potential. Metal standoffs are located in the left and right bottom of the block to prevent the block from crushing the sensitive VRM chips, as well as acting as mount points for fixing the VRM block to the board. If you compare the bottom of the Bitspower VRM block to the bottom of the VRM heat sink included with the Rampage V Extreme, you can see that Bitspower closely mimicked the ASUS design, following the step-wise construction of the touch points as well as the height and design of the metal standoffs.

Add style and functionality to the front of your case 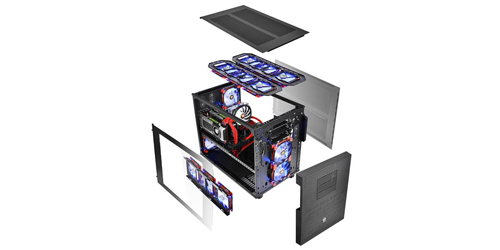 Is a see-through case vapourware? & more 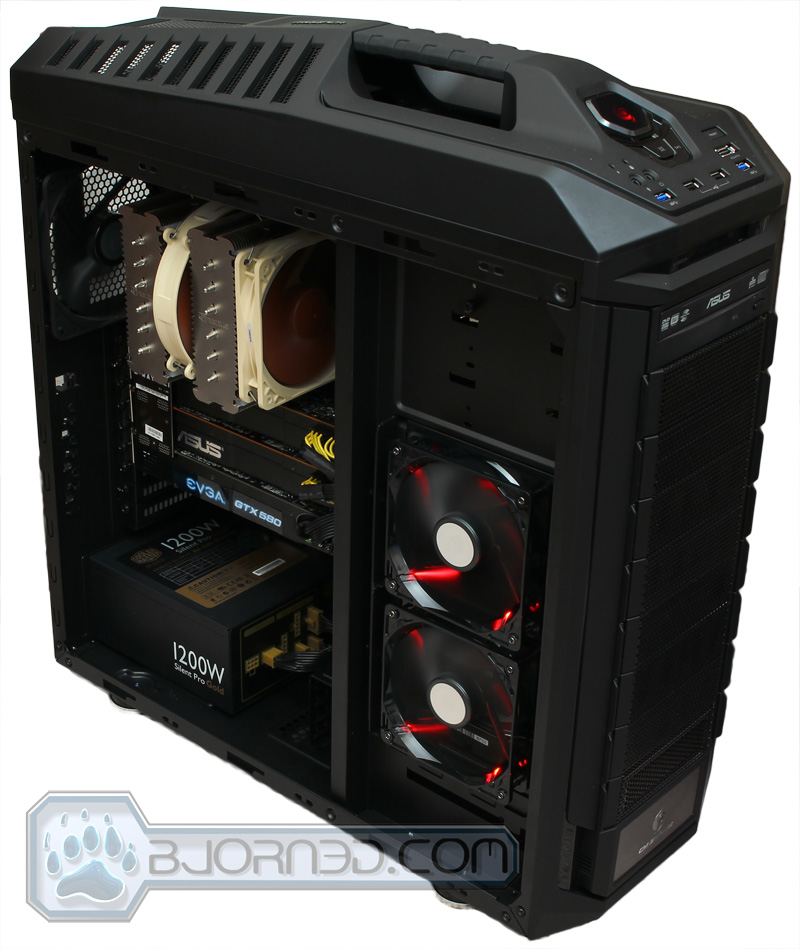 CM Storm Trooper; great case but a lousy shot with a blaster