Logitech Focuses in on Gaming

Logitech has been around seemingly forever.  The Swiss based company is ubiquitous in the peripherals market, providing products ranging from keyboards and mice, to speakers and headsets.  There is not much that the company does not offer when it comes to PC peripherals.  Their 3 button mice back in the day were considered cutting edge that also happened to be semi-programmable.  Since that time we have seen them go from ball mice, to optical mice, to the latest laser based products that offer a tremendous amount of precision. 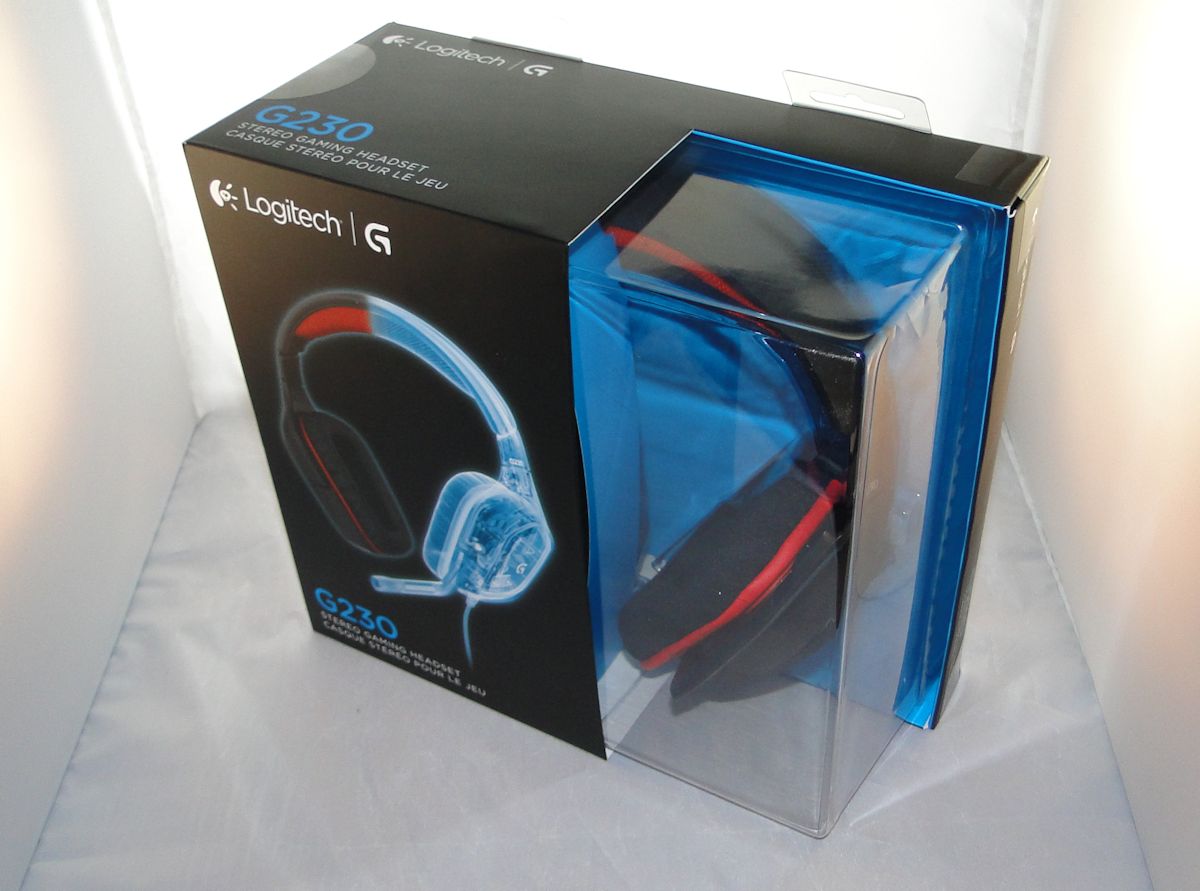 Gaming has become one of the bigger movers for Logitech, and they have revamped their entire lineup as well as added a few new products to hopefully cash in on the popularity of modern gaming.  To further address this market Logitech has designed and marketed a new batch of gaming headsets.  These promise to be moderately priced, but high quality products that bear the Logitech name.  We go from the very basic up to the top 7.1 wireless products.  Originally these covered a pretty significant price range, but lately the discounts have been extremely deep.  The lowest end gaming headset is at $40US while the 7.1 wireless model comes in around $90 US.

I am looking at two models today that span the lowest end to the 2nd highest.  The first headset is the G230 analog set.  The second is the G35 wired 7.1 USB with Dolby Headphone technology.  I have never been a fan of wireless headphones, but the G35 should be a fairly good approximation of the performance of that part. 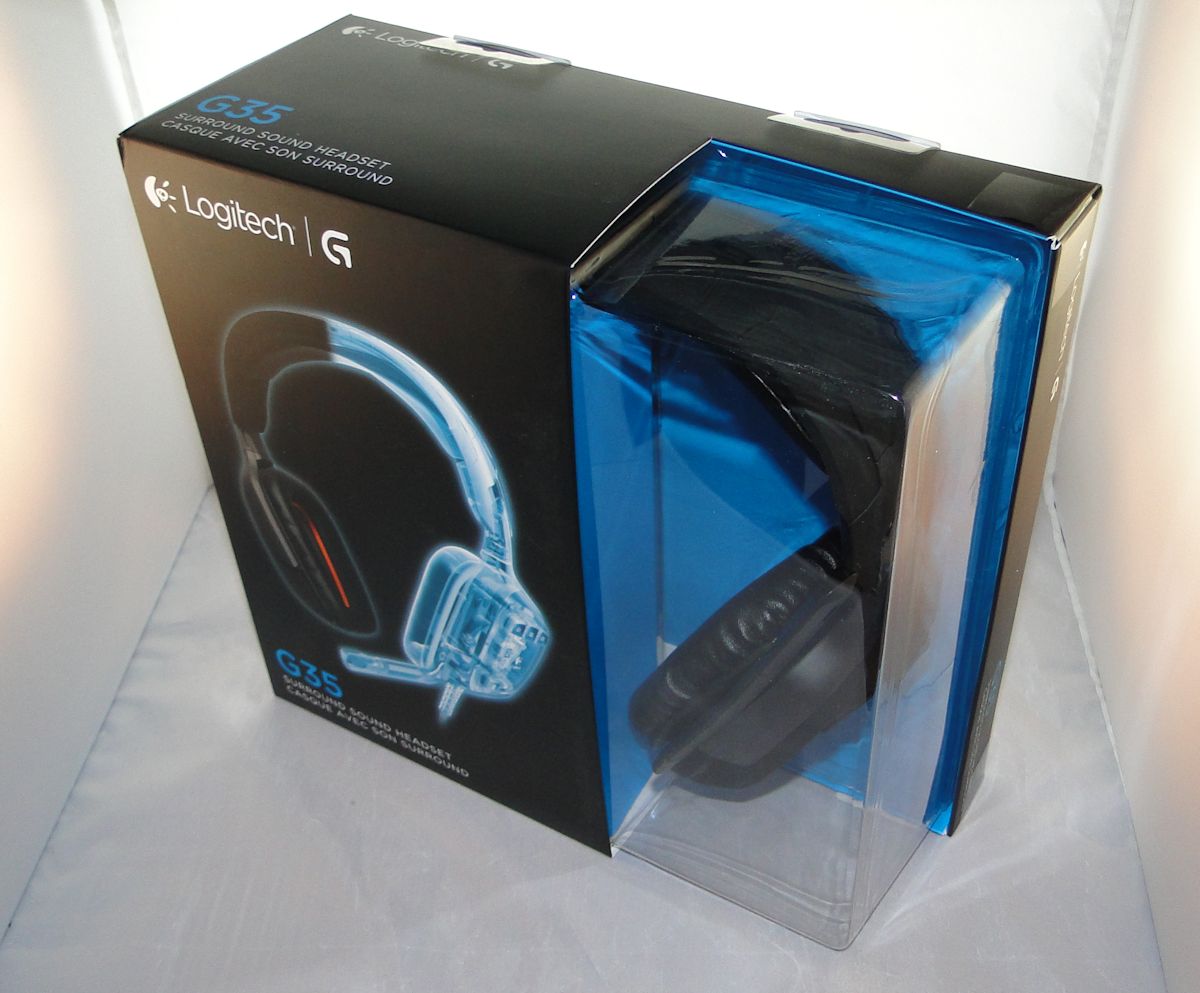 My goal is to look at these two wired units and see what Logitech can offer at these two very affordable price points.

These are the introductory analog models that Logitech offers in their G series collection.  These are an eye-catching shade of red that are entirely analog based.  Users will need to utilize their sound card or integrated audio on their motherboard to support these products.  There is an inline volume control that also features a microphone mute toggle.

The headphones are relatively lightweight and comfortable to wear.  The ear pads are very reminiscent of “sand knit” jerseys that I remember from my more athletic youth.  The material and padding stay fairly comfortable throughout long hours of gaming, but like any headset the user will take time to get used to the feel and the pressure it puts on the ears.  The more a user will use these headsets, the more comfortable they will become. 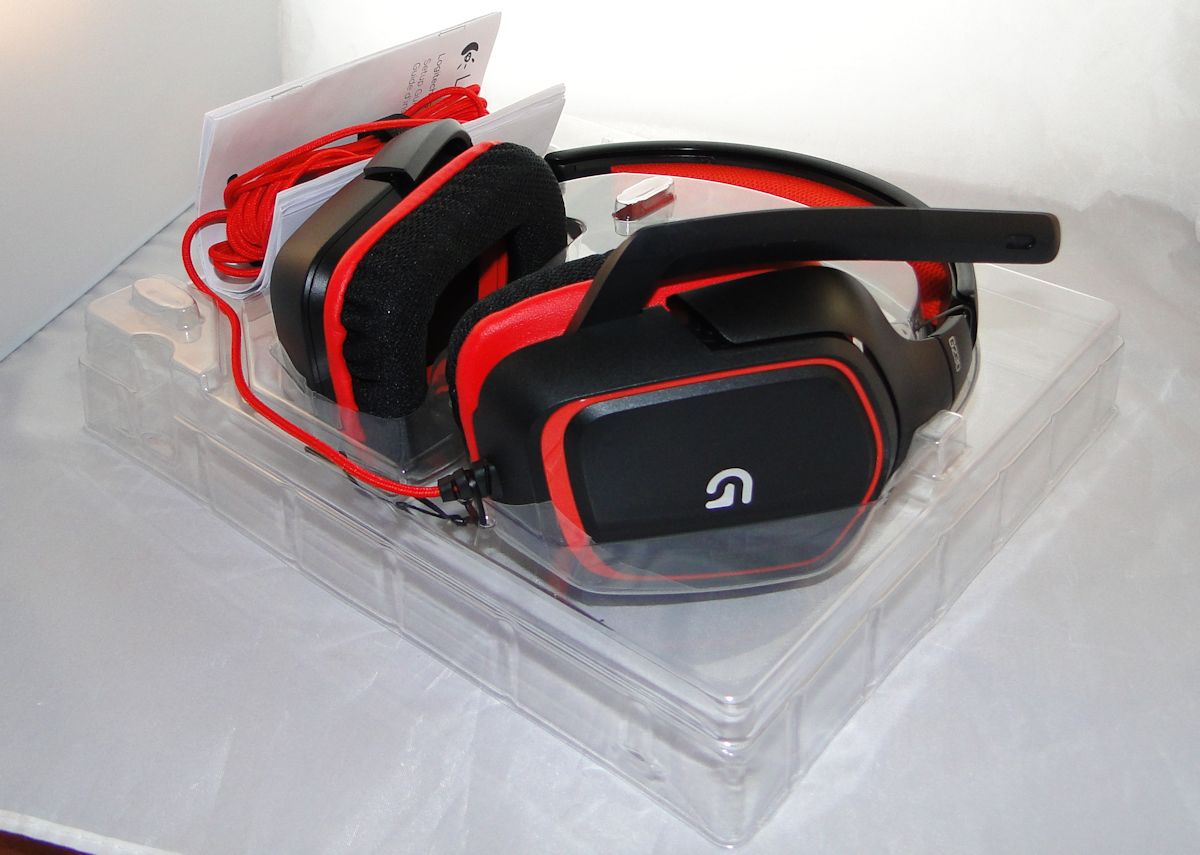 The headset utilizes 40 mm paper speakers to provide sound.  These are about average size for this particular market, but we see some competing brands utilize 50 mm speakers in a variety of materials that may or may not provide better sound.  The woven cable that connects the headset to the computer is a very small diameter unit which handles left, right, and microphone wires.  We all know that the larger the diameter, the lower the resistance, so it is a little concerning to me that the cable is as slight as it is.  There is supposedly 35 ohms of resistance with these headsets, so a better than average audio setup that could include amplified output might be key for good performance with this particular headset.

Some people might recoil from the thought of paper cones, but it is nothing to be afraid of.  Paper is still used in a wide variety of audio applications due to its light weight and natural rigidity.  Much has been done over the years to improve durability of paper cones so that they continue to stay very rigid after many years of use.  High end audio will often use composite or metal cones (New England Audio Research had some fantastic aluminum alloy units that were extremely pricey, but worth it), but when we look at applications which will be sold for less than $100 those exotic materials are just too expensive.  Paper speakers are still very common even in high end headphones.  The combination of light weight and rigidity make for a compelling argument. 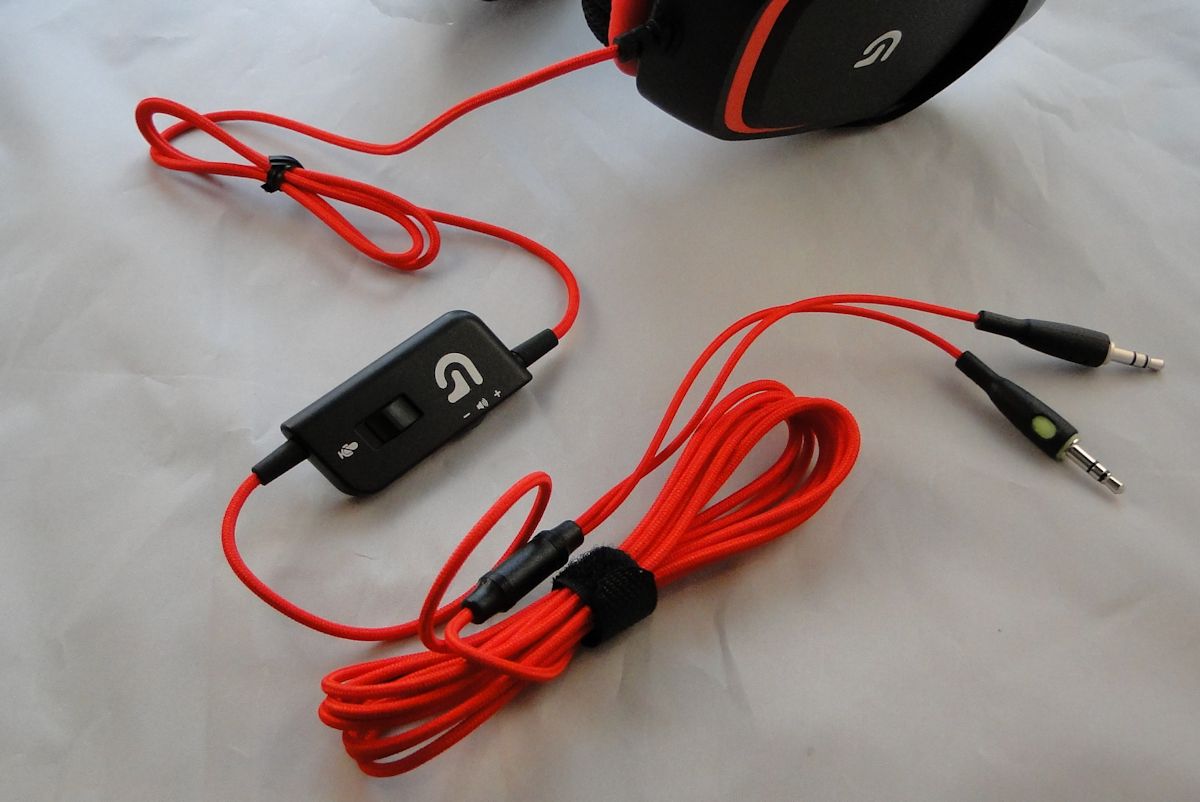 The boom microphone is a nicely constructed, flexible unit that is rubberized on the outside.  The microphone is a noise cancelling unit that again can be muted by the inline pod on the cable.  The boom does not have any LED lighting that the higher end models utilize to tell a user when their mic is muted or active.  It swivels easily into place and the boom can be bent to a decent degree to more adequately place the mic near the mouth.  The inline pod also handles headset volume via a rheostat.

These are the most basic gaming headphones that Logitech make.  Do not expect a lot of bells and whistles for $40US.

Hard West is here; get your eldritch western fix