I had tested the G230 products first, and while they are entirely serviceable, they were not great.  I did not have high expectations for what looked to be a very physically similar model in terms of specs.  Yes, it was USB based, but what could Logitech do to improve the audio quality of this product when the overall construction of the cups is so similar to the G230?

Apparently they can do a lot. 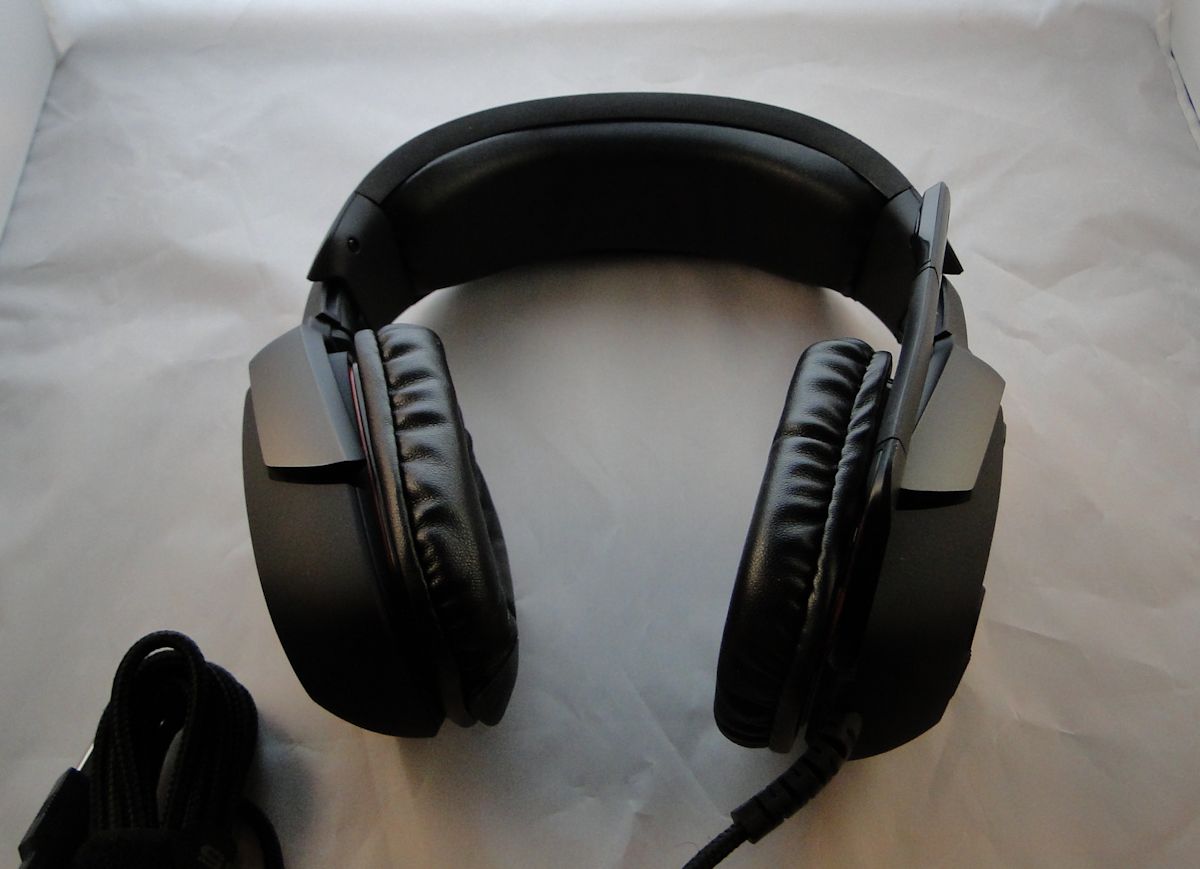 The cups do not rotate as far as the G230 due to the design. It is still fairly adjustable and comfortable to wear.

Having a USB based set of headphones does give Logitech the ability to tightly control the components and signal quality/strength.  This ability has worked wonders with these particular cans.  Logitech has tuned these headphones in what is essentially a closed environment and have achieved some very impressive results.

Gaming is very good on these cans.  Soundstage and depth is OK when Dolby Headphones is disabled.  When it is enabled there is a much greater expanse of sound space.  Dialog comes through very clearly with the correct spatial origination.  There is a good amount of bass, but it is not boomy or overblown.  Sound is very tight without being painful or sounding artificial.  The gaming experience is very positive overall, with very few weaknesses.  They do not sound entirely transparent though, and a really high end set of headphones with a good soundcard will certainly overshadow the performance of the Logitechs.  This is not a knock against the G35s, because such a solution I am describing would easily cost $150 to $350 more than just the price of the Logitech set.  Gaming again is the best case scenario for these particular headphones, and it is pretty obvious that Logitech has tuned the performance of these products towards that goal. 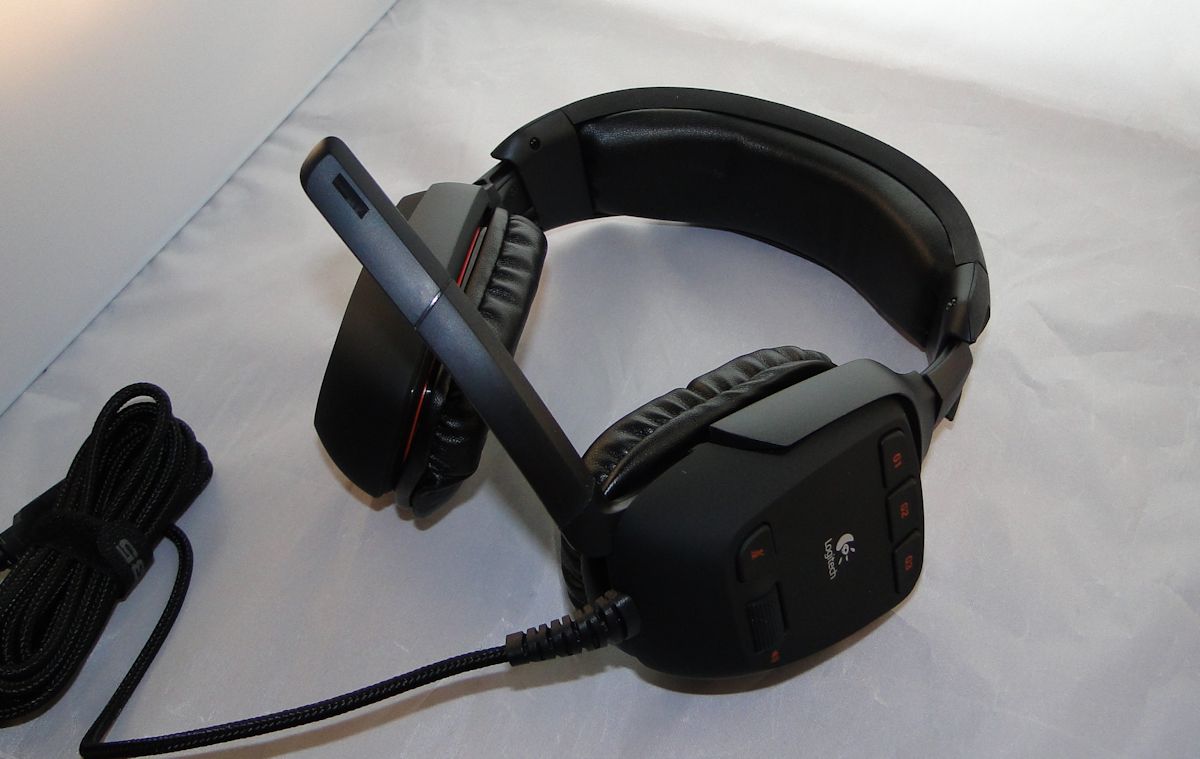 The microphone boom is flexible and easy to adjust. It also features a LED light that indicates if the mic is muted or not.

This is not to say that the G35s are lacking in other areas.  In movies and TV shows with nicely recorded audio the G35s provide a good sense of depth and expansiveness.  Vocal cues come from the correct area and surround effects are good, but not great.  Enabling Dolby Headphone again improves the 3D soundstage, but it does have some issues in making audio “sound” like it is coming directly behind the listener.  It also gives an OK approximation of height differences of the sound sources.  These make watching movies and videos an enjoyable experience without detracting from the entertainment value.

Music is again an area where I would not grade these headphones as a negative.  Audio is clean, the soundstage is about average, and music reproduction is above average for its price point.  Vocals come through very clearly and are not muddied when combined with more complex scoring.  Orchestral pieces are clean, but we do not see as much separation as with higher end headphones.  Bass is present, but again not boomy.  Those expecting a lot of bass with hip-hop style titles will likely want to look elsewhere.  It handles music reproduction very well and will not detract from the enjoyment of the individual works. 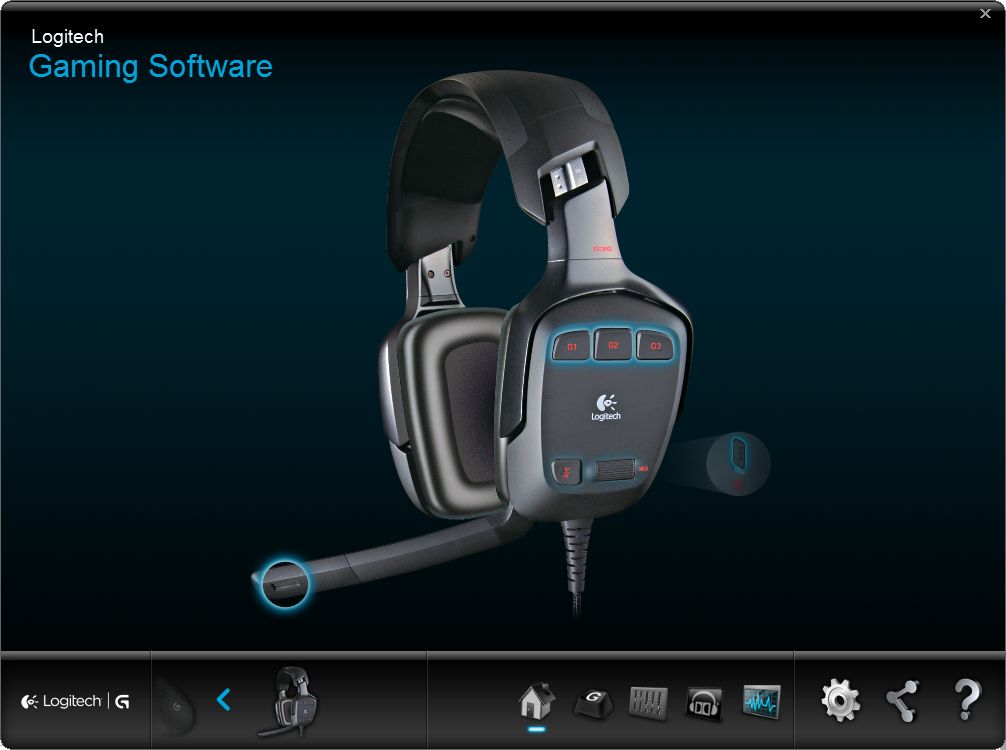 The Logitech Gaming Software is very polished and packed with features.

The microphone is also an improvement over the previous G230s.  I think this also has to do with the very thin cable being used in that product.  Instead of being very tinny sounding and unnatural, it sounded much improved.  Compared to an older pair of Plantronic headsets that I use for the podcast, it is a step down.  Plantronic has a pretty good reputation when it comes to overall sound quality when it comes to microphones (they went to the moon, you know), so it is not a horrific knock against these Logis.  Still, it is an area for improvement.  The voice masking in the Gaming software works very well though.  It can be quite amusing in certain situations…

The three programmable buttons up top can be assigned functions in different games.

I was honestly surprised by the improvement of the G35 over that of the seemingly identical G230 headphones.  Logitech kept very tight control of the components and tuning with the G35, and it seemingly took an average to slightly below average performer and made something very respectable with a great amount of flexibility with functions and features.  These are very good, all around performers for a variety of applications that are typically used on a computer.