The MSI GT72 Dominator Pro G gaming laptop is a beast of a portable, with a GeForce GTX 980M graphics card and a 5th-Gen Intel Core i7 processor within its massive frame. And this iteration of the GT72 features NVIDIA's G-SYNC technology, which should help provide smooth gameplay on its 75 Hz IPS display. 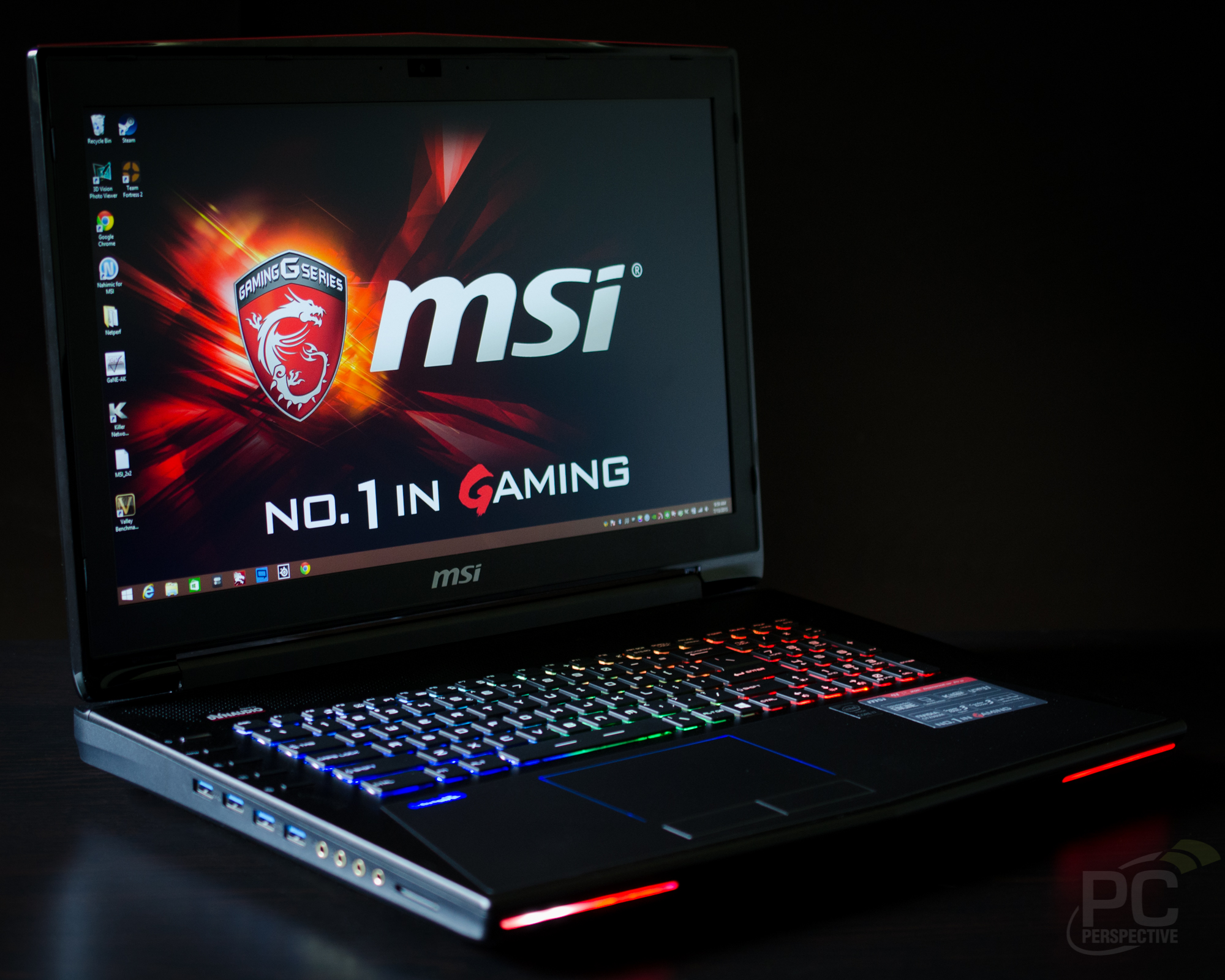 The gaming laptop market is filled with options at just about any price you can imagine (as long as your imagination starts at around $1000), and there are seemingly limitless combinations of specs and minute configuration differences even within a particular brand’s offering. A few names stand out in this market, and MSI has created a product meant to stand tall against the likes of Alienware and ASUS ROG. And it doesn’t just stand tall, it stands wide – and deep for that matter. Running about the size of home plate on a regulation baseball diamond (well, approximately anyway), this is nearly 8 ½ lbs of PC gaming goodness.

Not everyone needs a 17-inch notebook, but there’s something awesome about these giant things when you see them in person. The design of this GT72 series is reminiscent of an exotic sports car (gaming laptops in general seem to have fully embraced the sports car theme), and if you’re considering completely replacing a desktop for gaming and all of your other computing the extra space it takes up is more than worth it if you value a large display and full keyboard. Doubtless there are some who would simply be augmenting a desktop experience with a supremely powerful notebook like this, but for most people laptops like this are a major investment that generally replaces the need for a dedicated PC tower.

What about the cost? It certainly isn’t “cheap” considering the top-of-the-line specs, and price is clearly the biggest barrier to entry with a product like this – far beyond the gargantuan size. Right off the bat I’ll bring up this laptop’s $2099 retail price – and not because I think it’s high. It’s actually very competitive as equipped. And in addition to competitive pricing MSI is also ahead of the curve a bit with its adoption of the 5th-Gen Core i7 Broadwell mobile processors, while most gaming laptops are still on Haswell. Broadwell’s improved efficiency should help with battery life a bit, but your time away from a power plug is always going to be limited with gaming laptops!

Before we take a close look at the laptop here are the full specs from MSI:

Did I mention this was a big laptop? At nearly 17 inches wide and 11 ½ inches deep this isn’t going to fit in your average laptop bag.

Let’s start from the beginning. First we’ll have a look around the laptop. 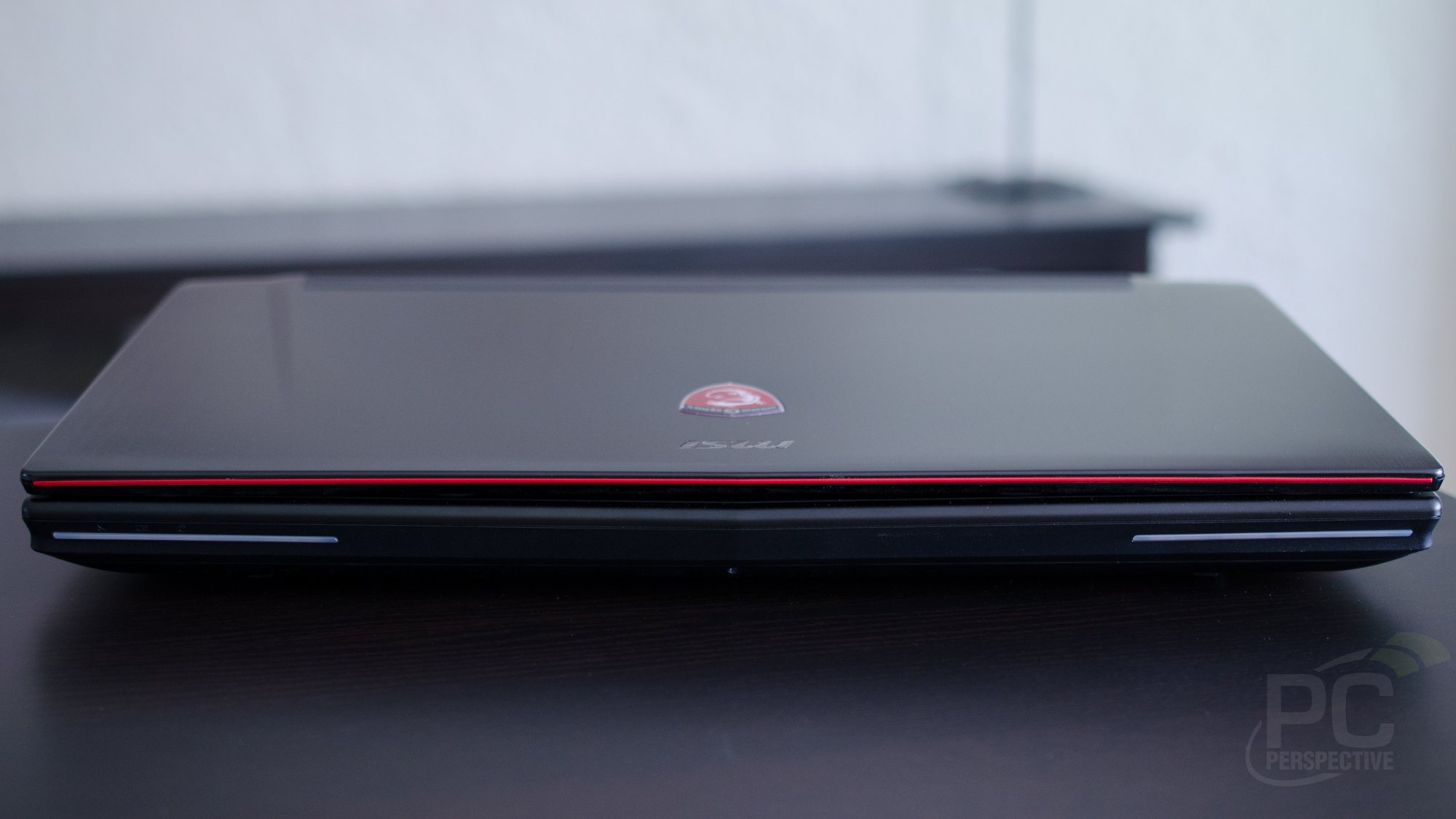 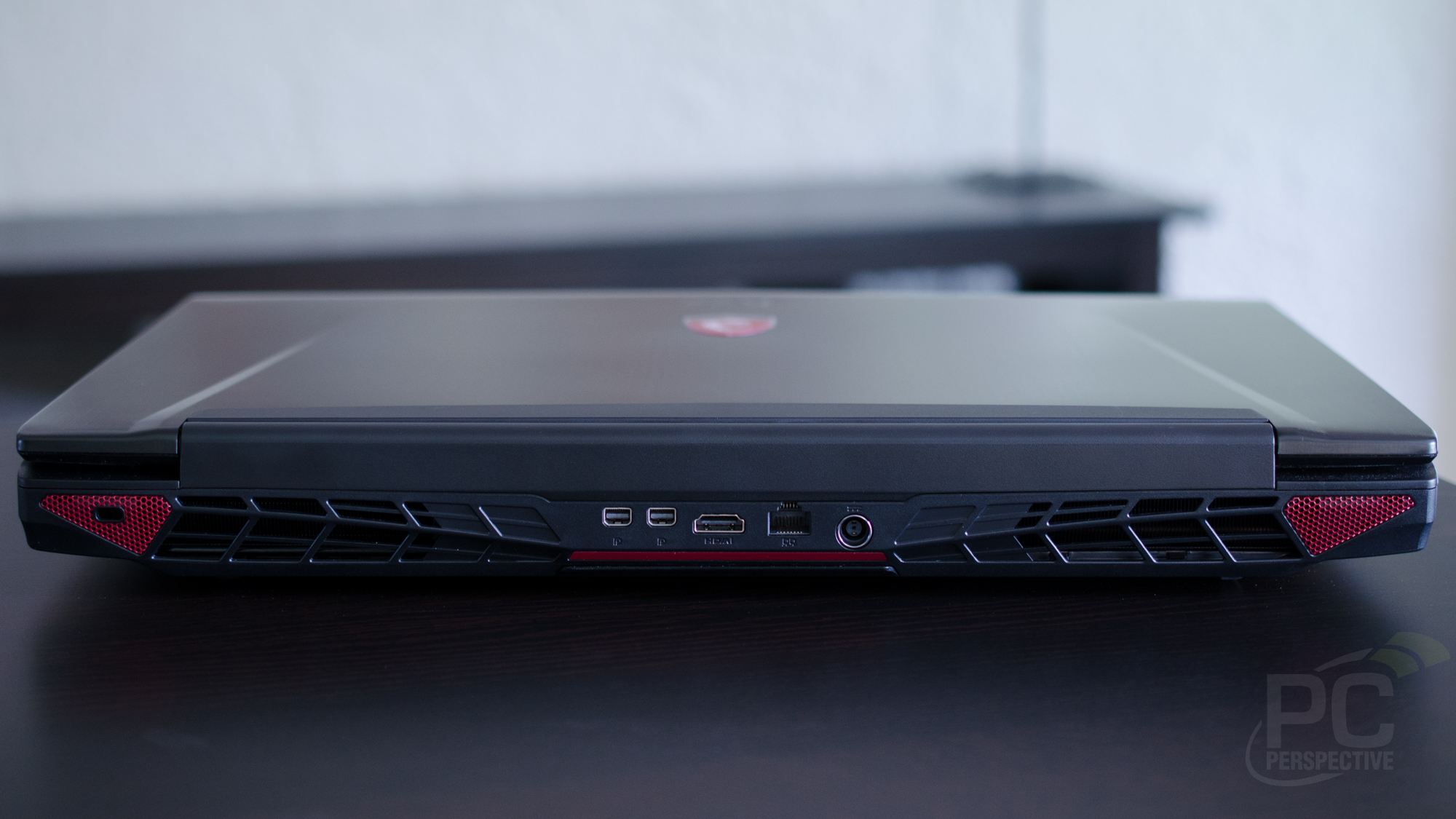 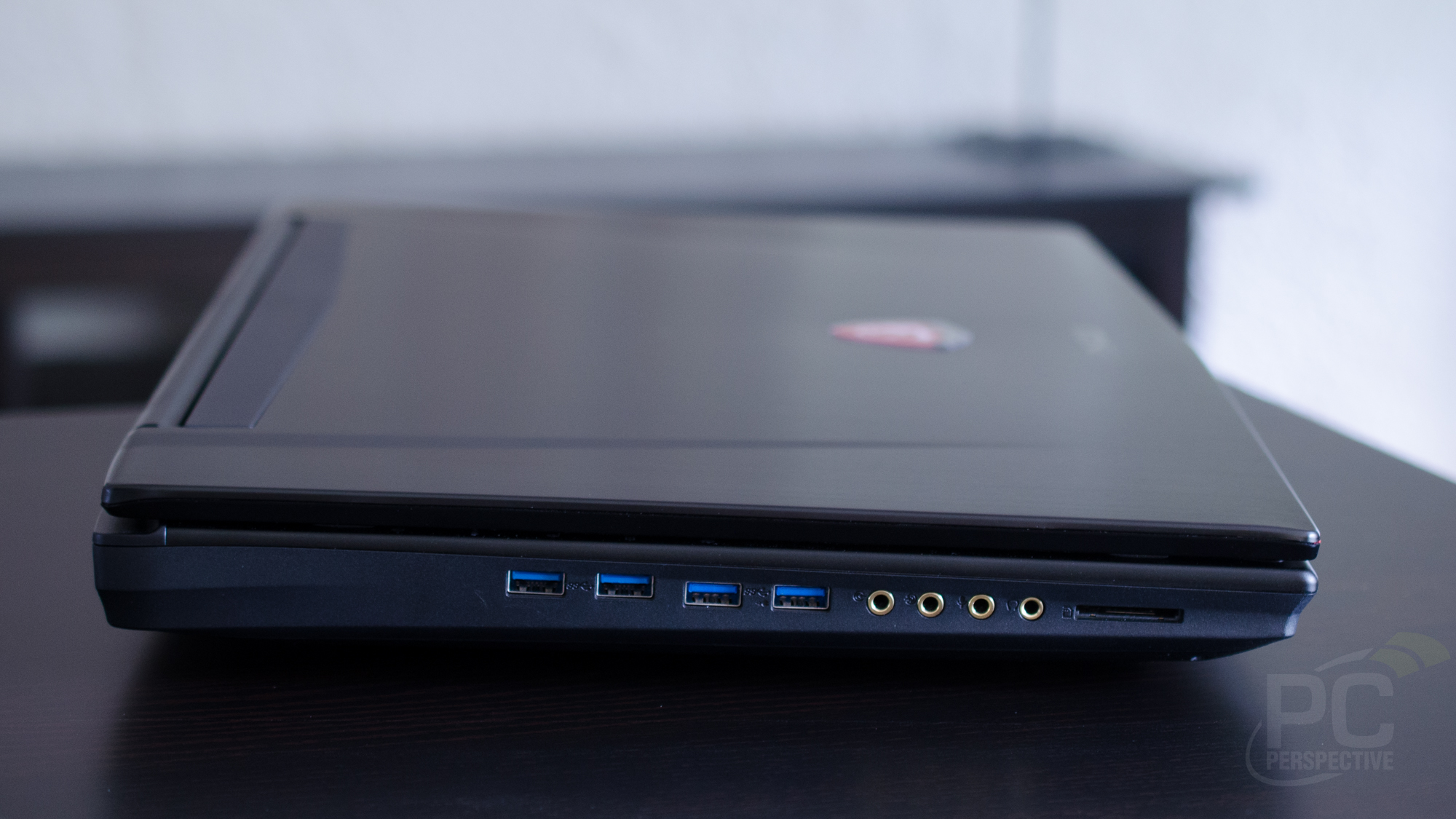 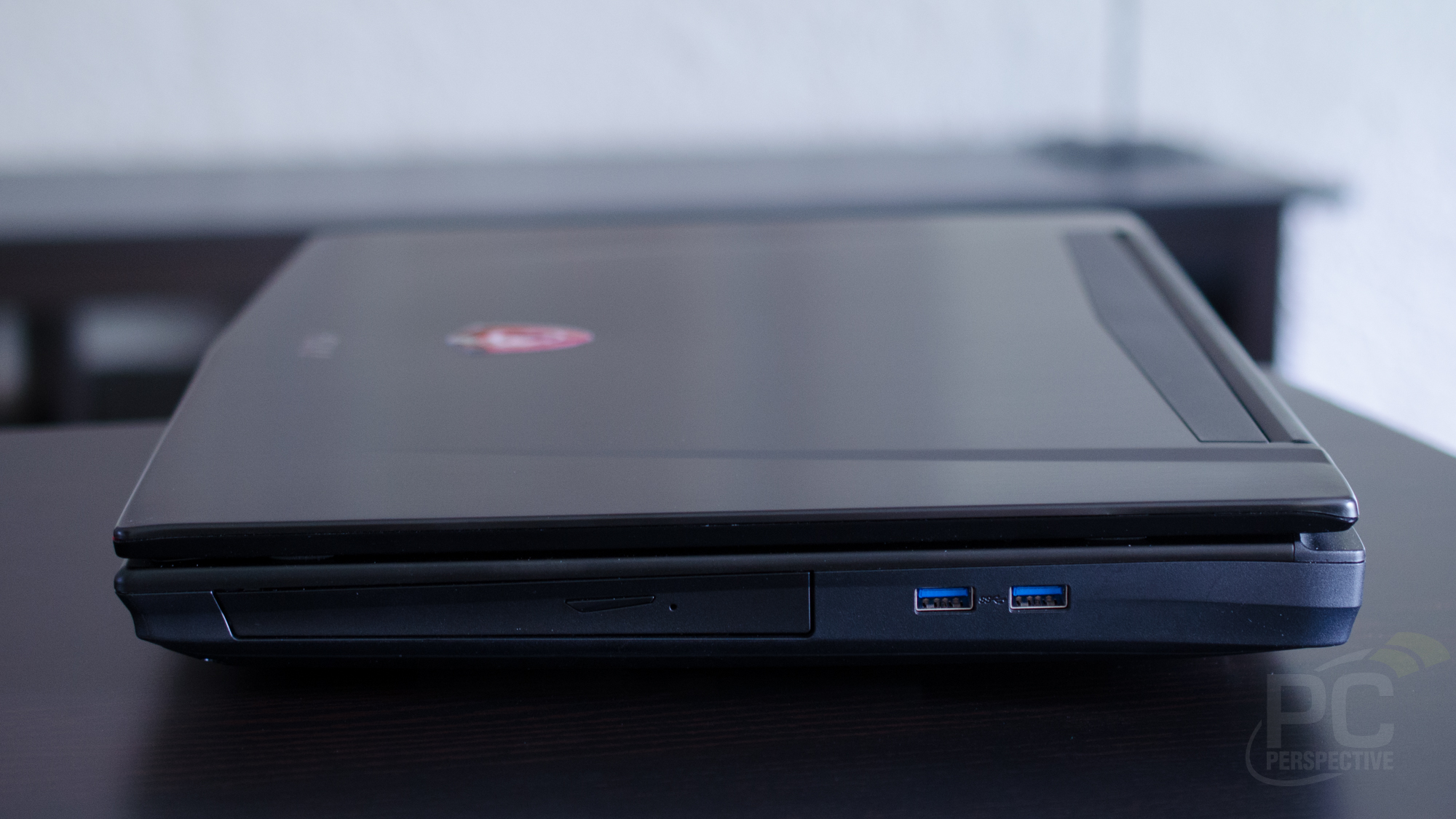 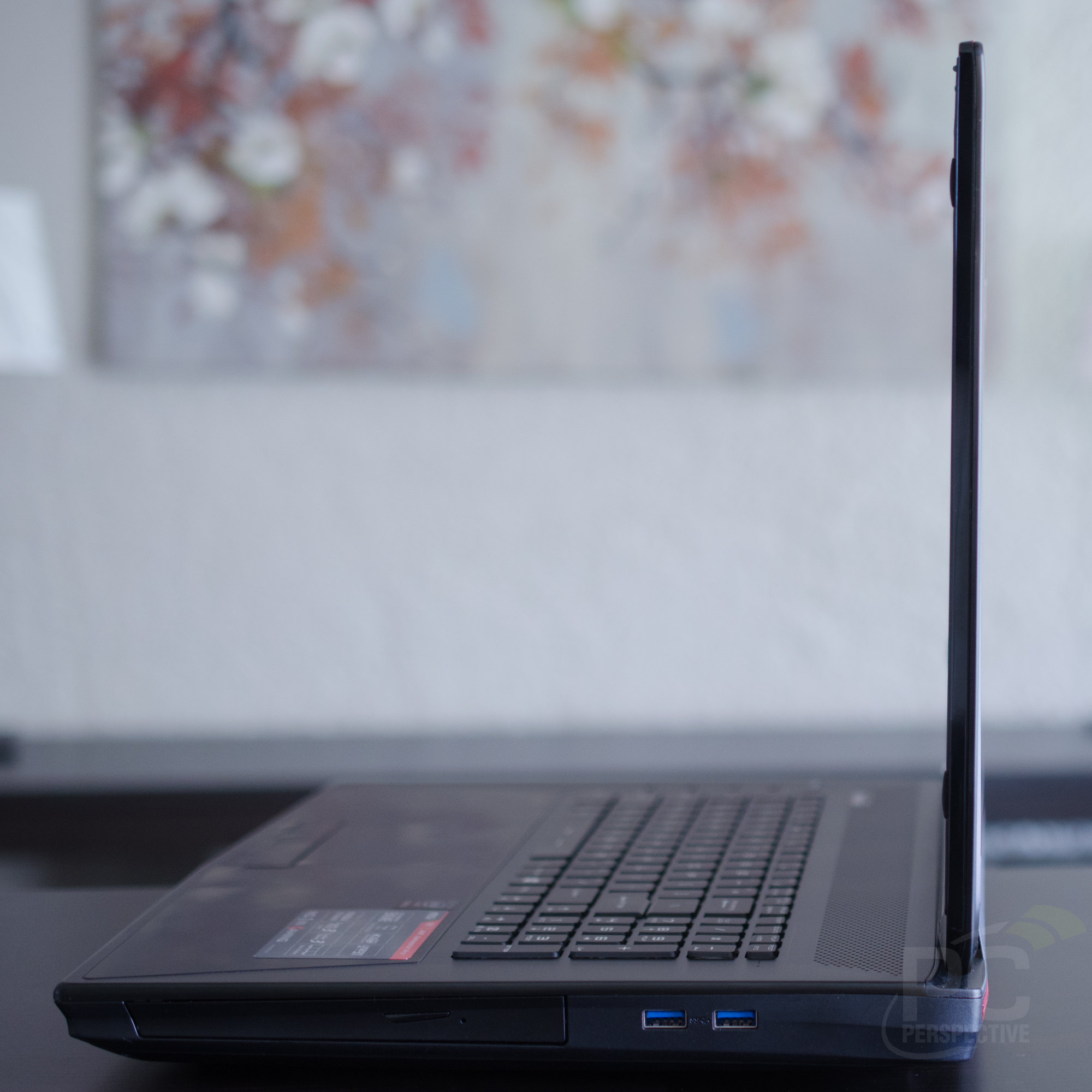 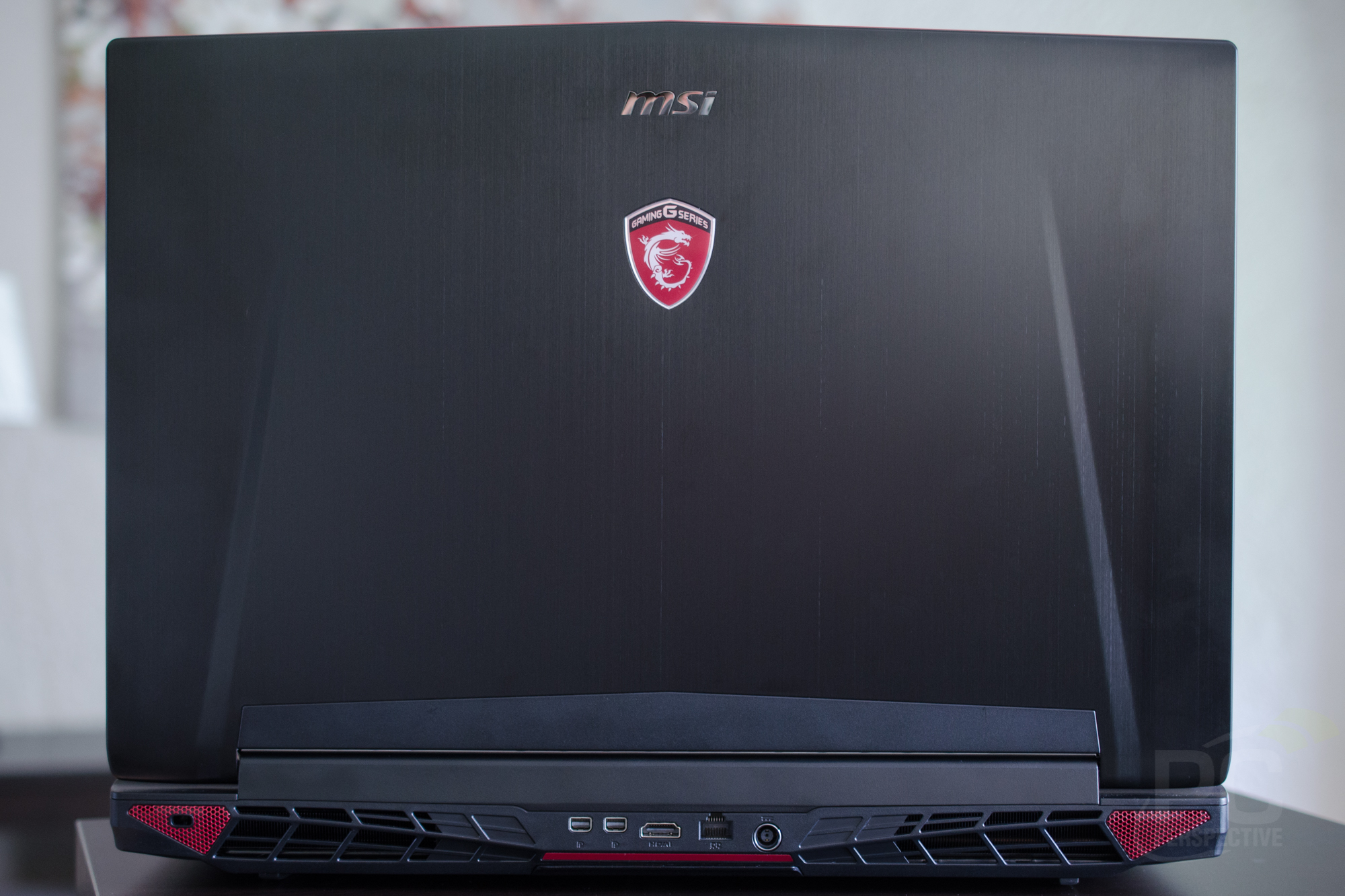 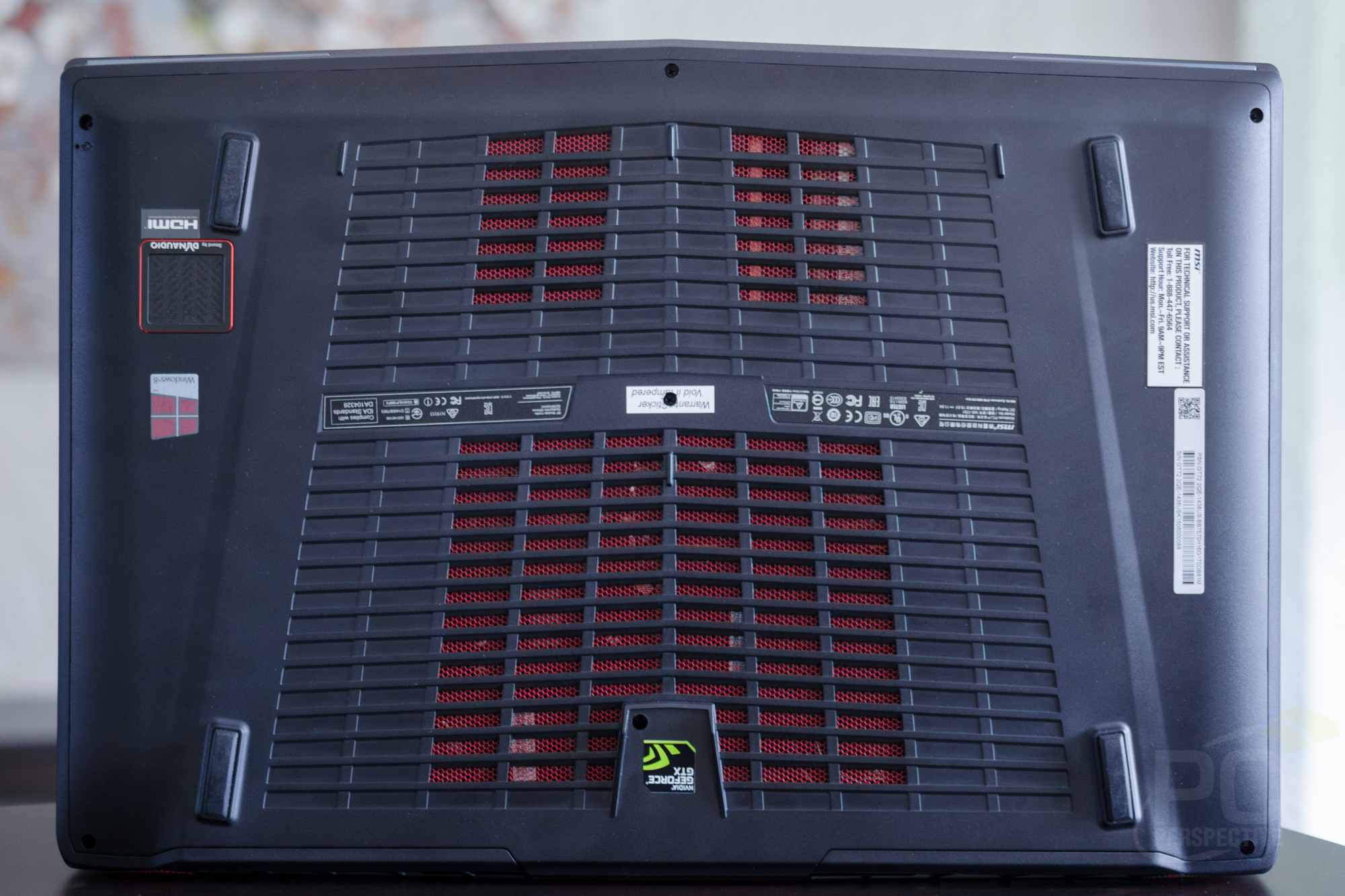 There are plenty of USB 3.0 ports on the laptop, with no less than 6 between the two sides (2 of which are USB 3.1 capable). On the right side there’s an optical drive (BD-RE, capable of playing and burning Blu-ray format discs) for those who prefer physical media. There is also a full compliment of analog audio outputs for multi-channel sound to speakers or (more likely) gaming headsets. Around back there are two mini DisplayPort ports, full-size HDMI, and Gigabit Ethernet. In short, there shouldn't be a concern with I/O if you're using this as a desktop replacement.

The lid has a nice brushed finish (though it does show fingerprints easily) and looks quite a bit like the hood of a car (fully embracing the car aesthetic, which I'm personally OK with). On the bottom we see four big rubber feet which serve to not only keep the laptop from moving around on the table or desk, but also provide a bit of clearance for the vented bottom panel. There is also a downward-firing speaker on the bottom which is part of the laptop's Dynaudio sound system.

Next we'll take a closer look at the hardware including the keyboard, trackpad, and of course the 17.3" IPS display!