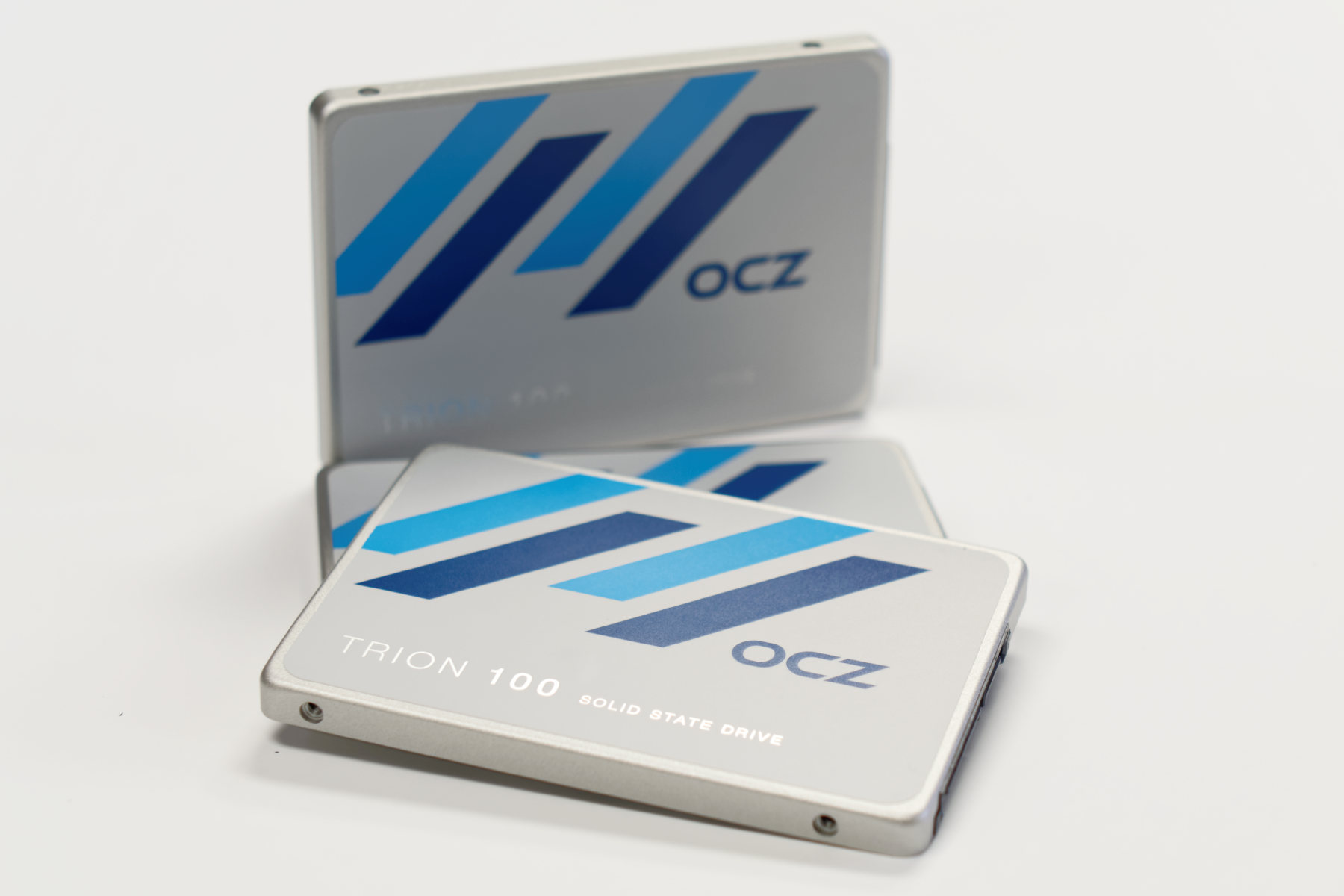 At the higher capacities, the outright prices of the 850 EVo seem higher, but you have to factor in the 4% increase in capacity of those units. This brings the cost/GB lower at the 1TB capacity, and *much* lower at the current price of the 500GB capacity. The Trion 100's run only $8 cheaper at the two lower capacities, which is not enough to justify the performance differences seen throughout this review.

The OCZ Trion is able to compete with Samsung partly on the use of QSB and partially on some different application of math. QSB brings the base endurance figures higher than what would typically be seen on planar TLC flash. This brings it within striking distance of Samsung's VNAND. Also, Samsung is a bit lax in their endurance ratings (they should scale up proportionally starting with the 120GB model, yet Samsung does not double that figure until the 500GB model. The 250GB model has 2x the dies and should actually have 2x the endurance, just as the Trion claims). This lets OCZ pull past them in total writes by the 1TB mark. The reason for the write-per-day rating passing Samsung in more capacities is actually just a side effect of the *shorter* warranty period (3 year vs. 5 year), so while those numbers are higher – they are for the wrong reason.

We had high hopes for the OCZ Trion 100. Properly executed, a TLC SSD with an SLC cache could let them take a stab at the Samsung EVO series and could help OCZ become a more serious contender in the market, especially with Toshiba providing their own controller infused with endurance boosting QSB error correction. Unfortunately, the resulting product significantly underperforms whenever TLC writes are involved. SLC cache is there to aleviate the slower write speeds of TLC, but our testing revealed this cache to be ineffective for just four seconds of sequential writing. The cache is depleted almost instantly during random mixed workloads, severely hobbling the overall performance of the Trion. We might be able to justify these deficiencies if the Trion 100 was significantly less expensive than the competition, but at this level of perofrmance, I could only see myself recommending these at a significantly discounted rate, and only then to individuals I know would be using these for mostly reads. These would make a great Steam game drive once you get past the wait for the games to copy onto it.

This is the second SSD in a row from OCZ for us to not recommend to our readers, but we remain hopeful that they (and Toshiba) can turn this around.