The purpose of this article is to see how much the processor affects gaming, so there are a couple of ways to help identify variance from CPU to CPU. While a traditional chart arranged by highest score/average FPS is usually best, I decided to take a couple of different approaches here.

As we get started you'll quickly notice that there's a lot of data to go through, so we'll first look at the results broken down by GPU. These are very long charts, so as you scroll down you should be on the lookout for performance variance between different CPUs paired with the same GPU.

Here are the same Fire Strike results without being filtered by GPU so you can see exactly how these 36 system configurations stacked up overall.

This benchmark represents an idealic situation for the hardware, with all components assisting with the final score. Scaling is pretty much as you might have guessed, with CPU power making an obvious difference in most cases. Real games won't have this advantage, but it's still interesting to get a baseline with these synthetic benchmark results.

While the R9 290X results here are very predictable with the i7-4790K on top, take a look just below this at the GTX 980 results. Both the FX 9590 and FX 8350 from AMD provided better performance with the GTX 980 in this test, with the i7-4790K actually a few points behind the i5-4440! Given the difference in clock speed and thread count (8 vs. 4) one would think the i7-4790K would always best the Core i5. This happened again down at the R7 260X result, with the i3-4130 (a dual-core, HyperThreaded part) finishing so much higher that I can only assume something went wrong with this result. Sometimes benchmarks are odd.

And now we'll look at these results again, sorted by overall score:

Of the synthetic graphics benchmarks this is more of a "real-world" GPU test, and I've chosen to use the FPS numbers from these runs rather than the benchmark score.

Once again we start with the GPU-specific results, beginning with 1920×1080 results. 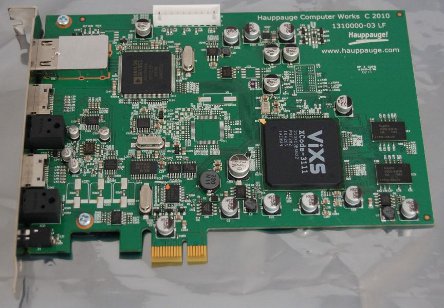 What good is your HTPC if you don’t know what’s on?