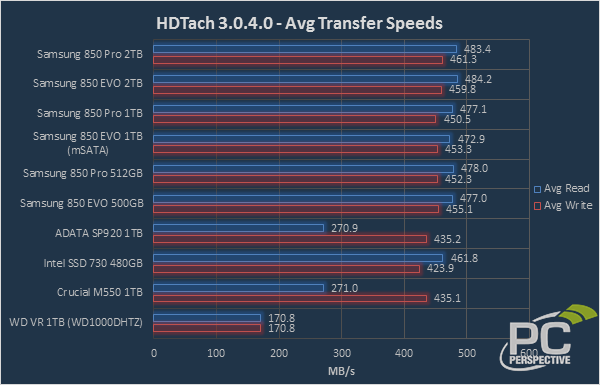 Nothing out of the ordinary here. Samsung SSDs have always been excellent at QD=1 performance, and can do so even with 2TB of data written in sequential 2KB chunks. Speeds are even *up* slightly compared to the previous 1TB capacities of the same models! 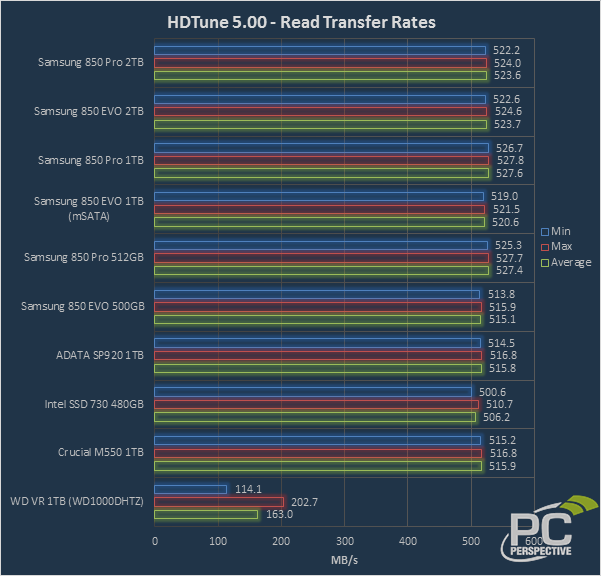 We have HDTune configured to perform large block reads, but the test is performed after the HDTach run (small sequential writes). Despite this, the 2TB models are still able to saturate the SATA 6GB/sec link. Fun fact: even at speeds fully saturating SATA 6Gb/sec, it takes over half an hour to fully read (or write) a 2TB SSD! 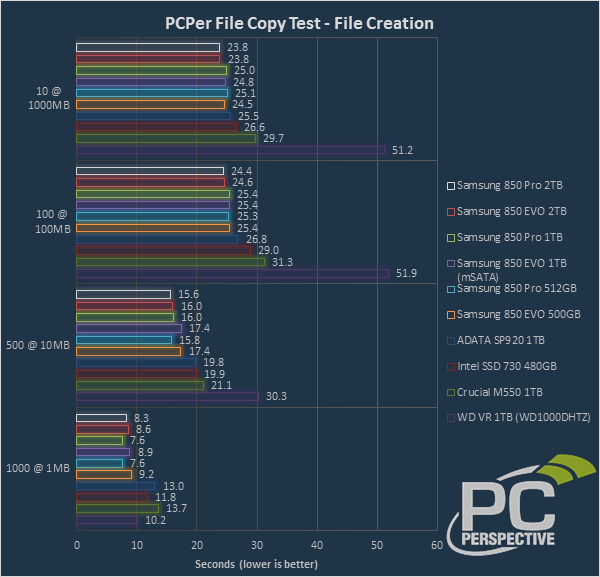 File creations are just that much faster than prior models, with that advantage lessened when writing batches of smaller files. 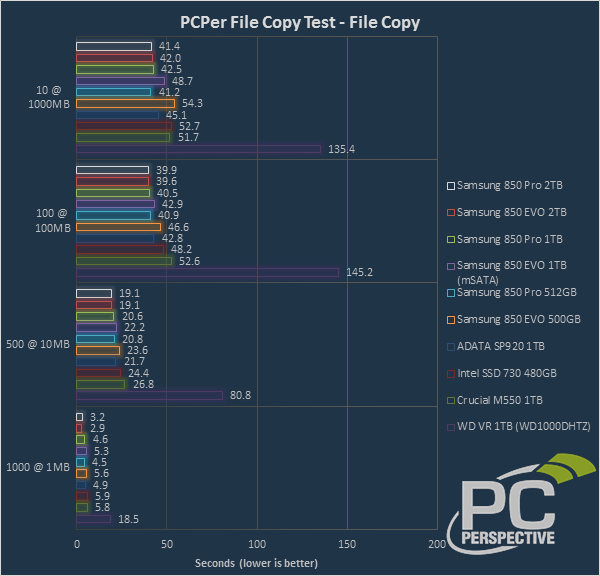 Yet another round of improvements in our file copy testing. Samsung appears to have made some specific optimizations to the 850 EVO in 2TB form, as 2.9 seconds is the fastest time we've clocked moving 1,000 1MB files within any single SATA SSD! I suspect this tuning may come with a catch – stay tuned to find out if one exists. 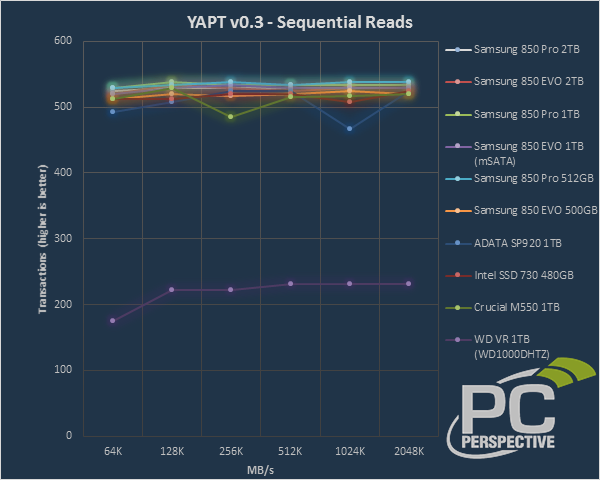 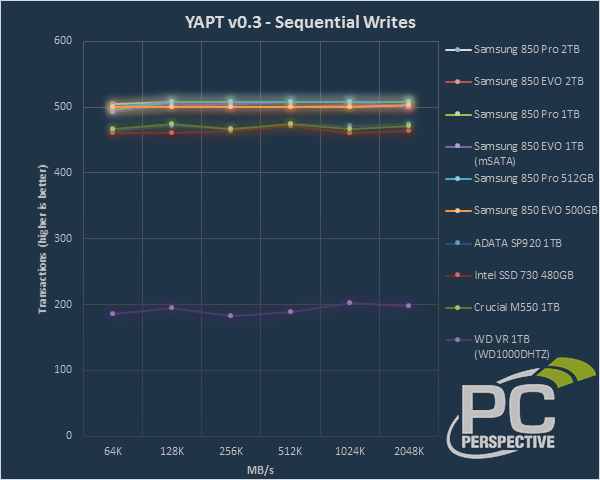 No surprises with YAPT. All SSDs running at expected speeds here, with no drops noted from the largest capacity 850 EVO and Pro. 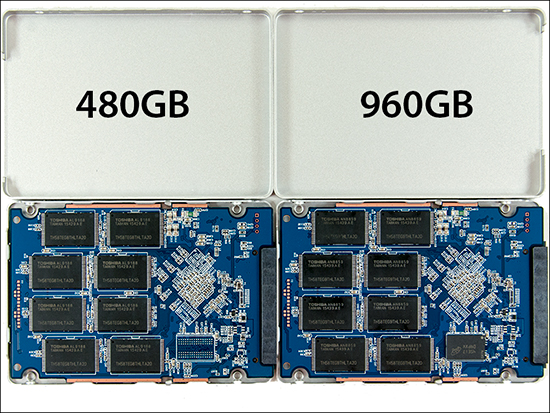 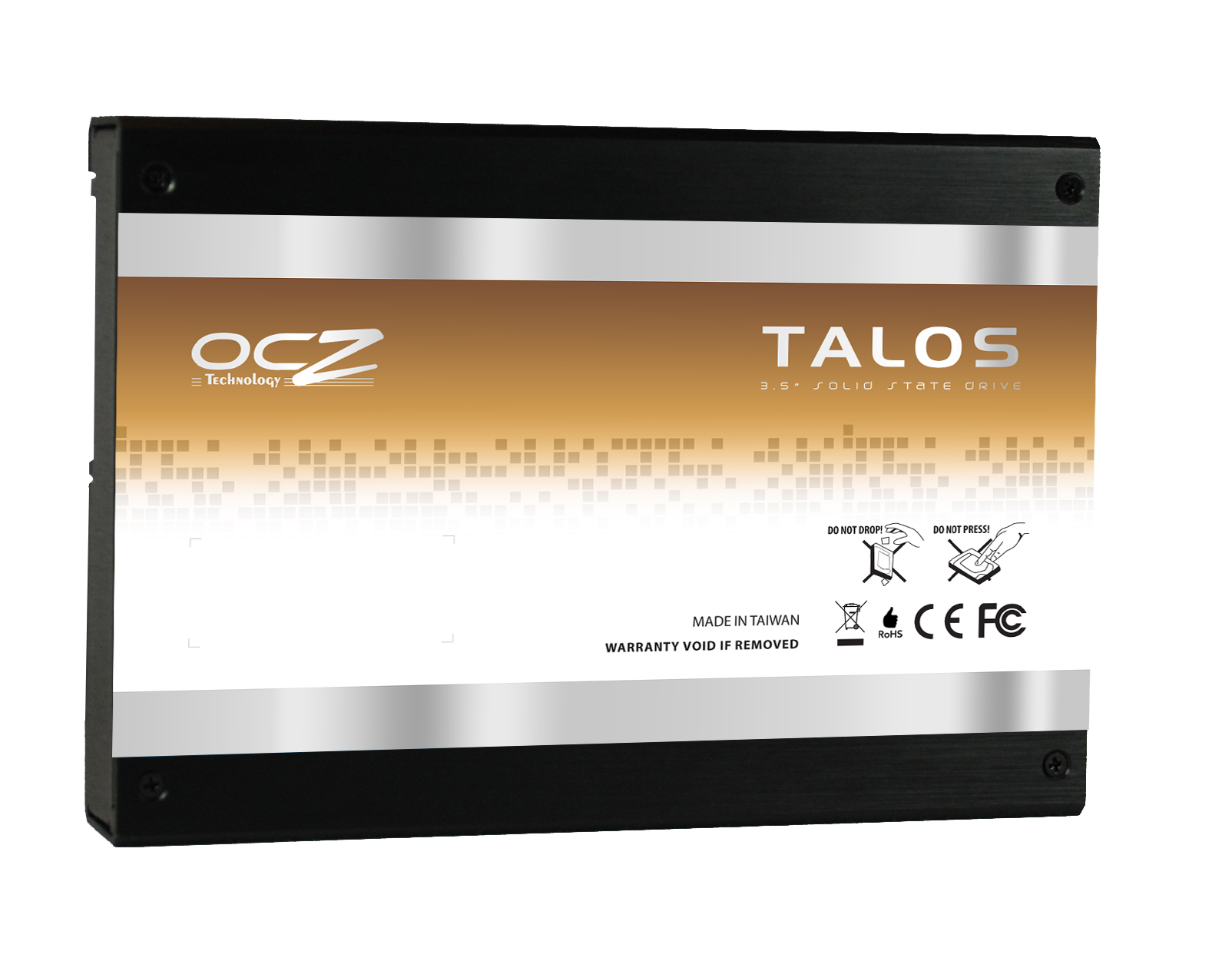