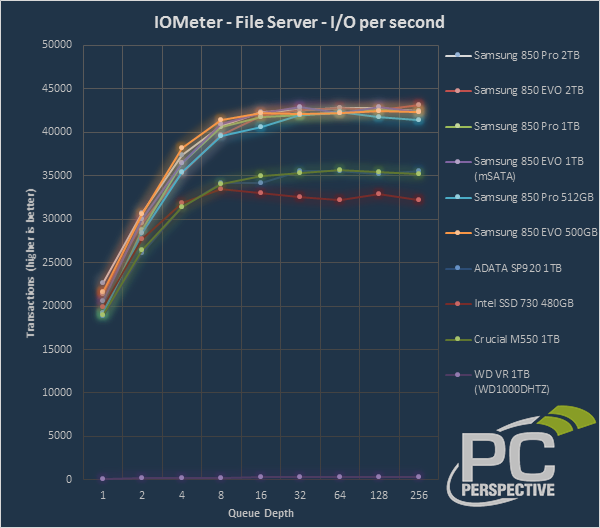 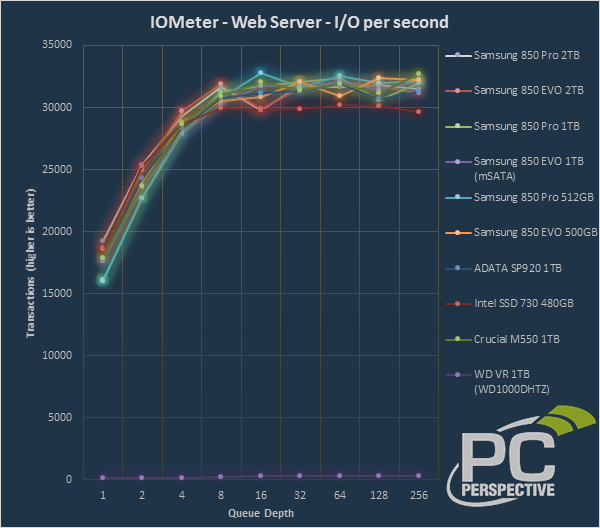 File and Web Server performance are as expected, with no noticable difference or dips in performance in the 2TB models. 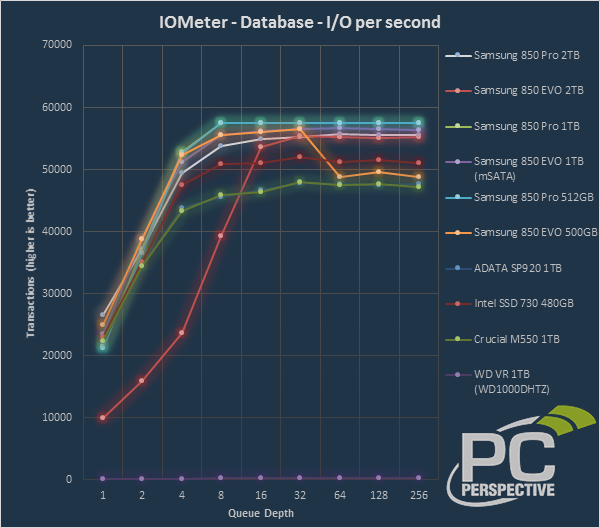 Well this is interesting. While EVO models normally run out of SLC cache by this point in the test sequence (note the 500GB EVO at QD 32-64), the 2TB 850 EVO shows a different behavior entirely, with lower than expected perofmrance at low queue depths, but satisfactory performance at higher ones. Typically when an EVO runs out of cache, the low QD performance remains consistent with the SSD 'topping out' sooner. The 2TB 850 EVO appears to be doing the opposite here. 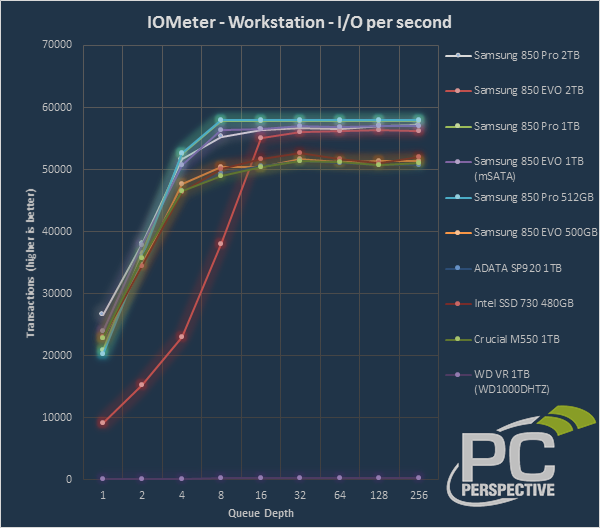 Here we see the same odd behavior as we did with the database testing. While the 850 Pro had no issue at the 2TB capacity, something is different with the 2TB capacity of the 850 EVO. After looking at these results and doing some other tinkering with the drive, it appears that the 2TB 850 EVO is more agressive when it comes to purging its SLC cache, and while doing so it seems to balance those operations with incoming requests from the host. This may be the side effect of what enabled that blazing result on our file copy test, or it may just be a cache/buffer tuning oversight by Samsung. It may also be that this SSD was tested on pre-release firmware that may not be fully optimized. I'll be investigating this issue further and coordinating with Samsung to replicate it on their end. 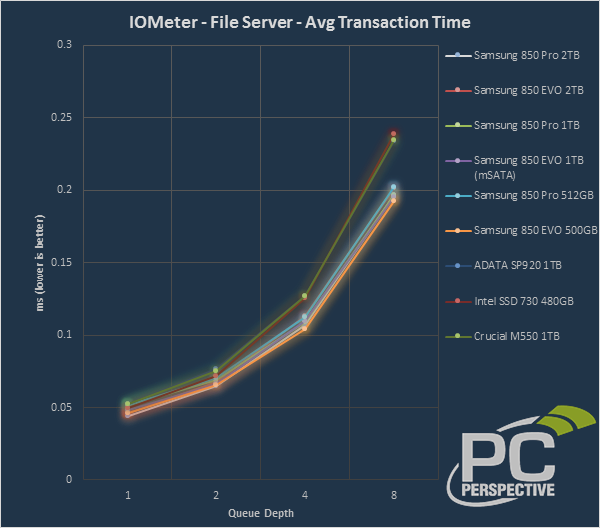 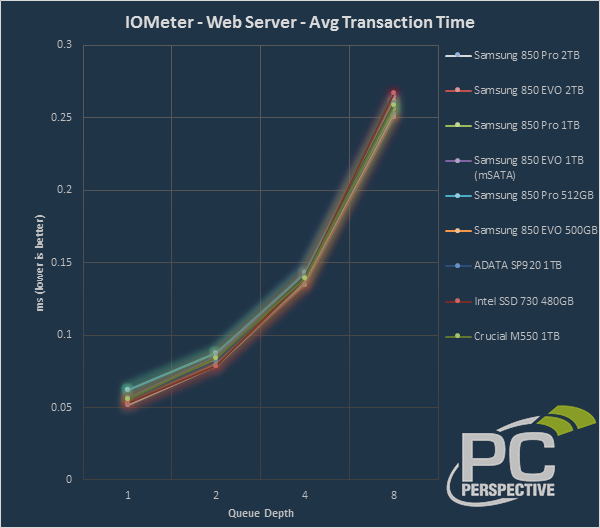 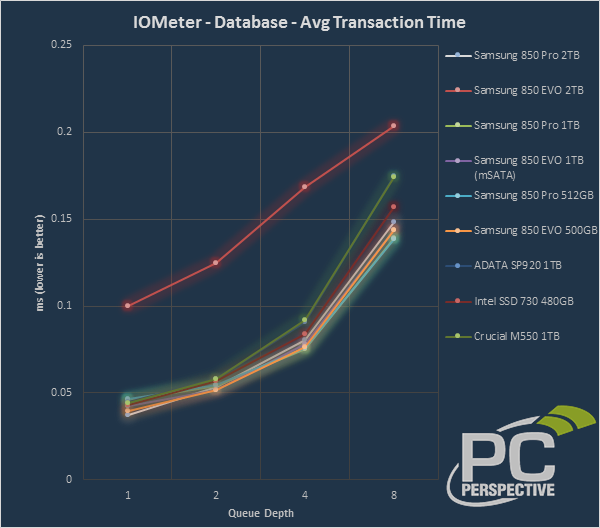 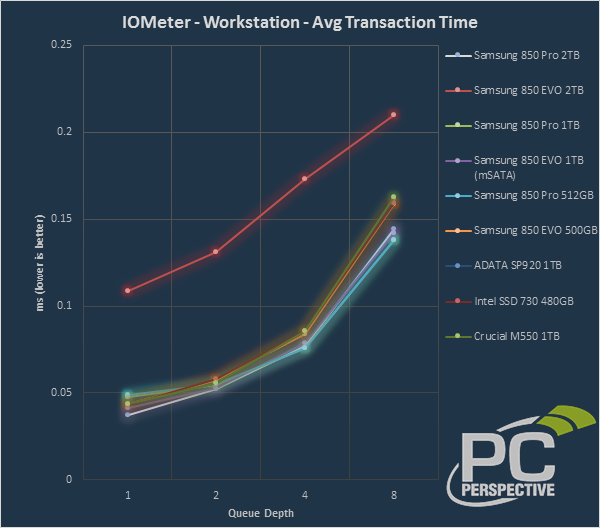 That low queue depth performance of the 2TB 850 EVO really sticks out like a sore thumb in the latter two tests of this sequence. 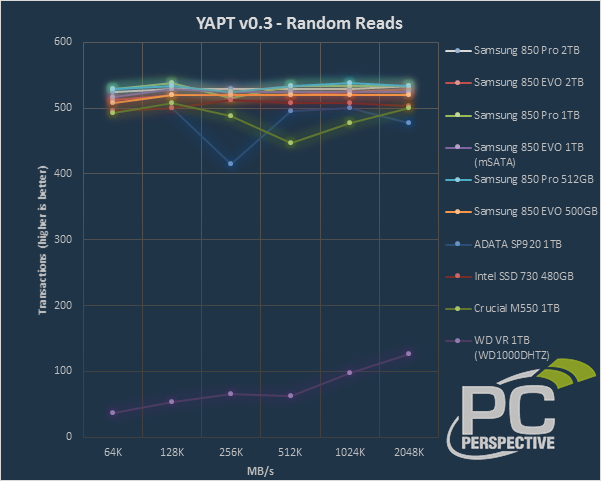 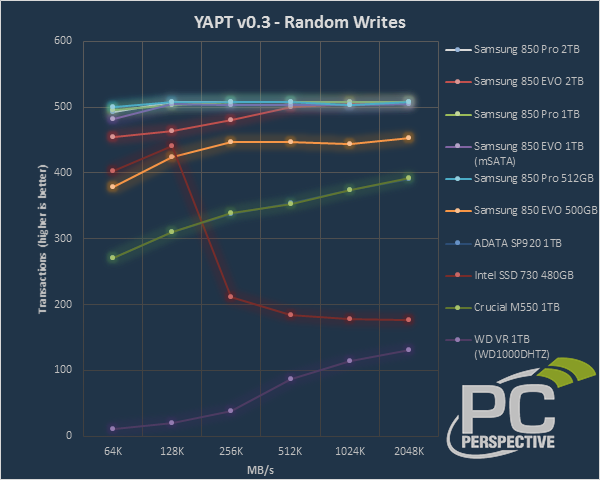 This test has no regard for 4k alignment, and it brings many SSDs to their knees rather quickly. Samsung SSDs have historically done very well with this test, however we do note the 2TB 850 EVO (pink) coming in a bit slower than its 1TB variant (purple), which had no issue sticking closer to full saturation of the SATA interface through the random write test. 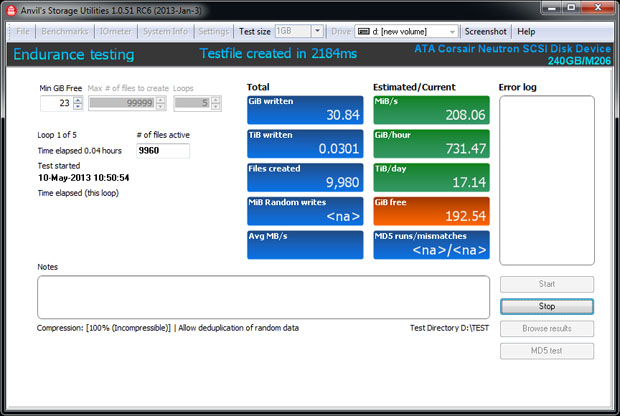