Now that we have taken a look at our gaming tests using our Frame Rating metrics and testing methods, we are including a set of tests from more standard benchmarks like Unigine Heaven and the 3DMark benchmark. 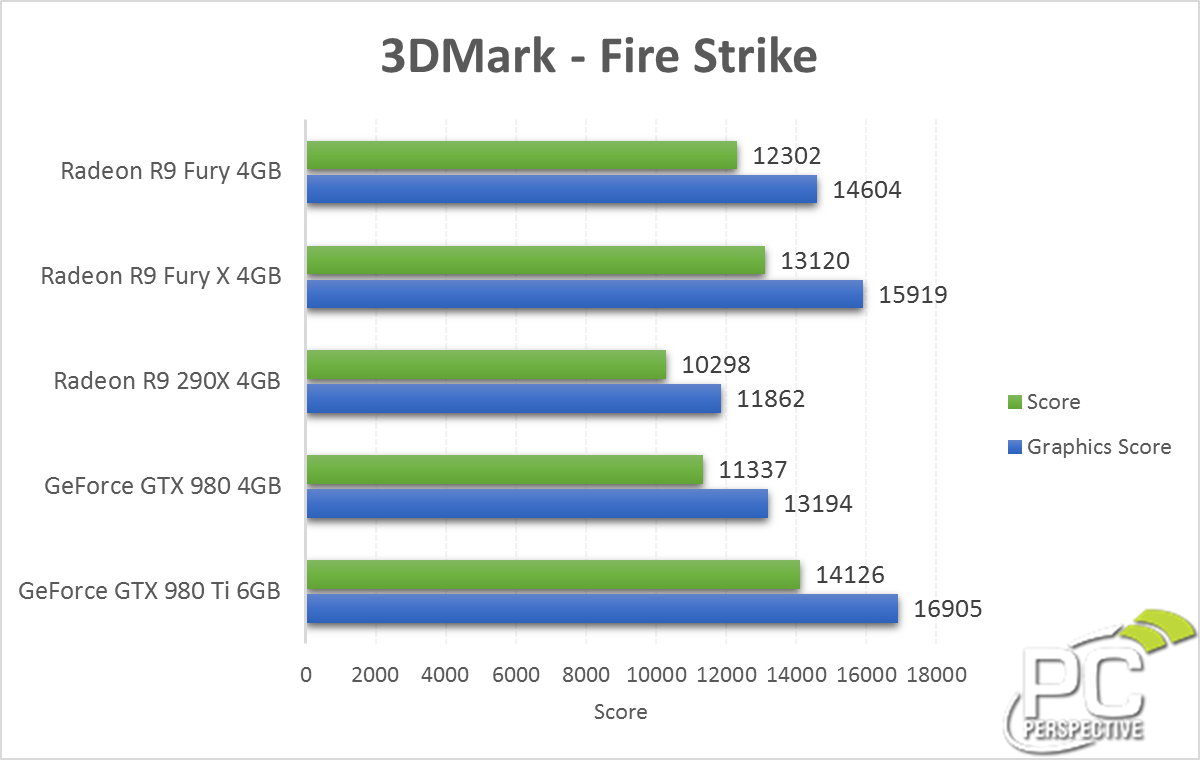 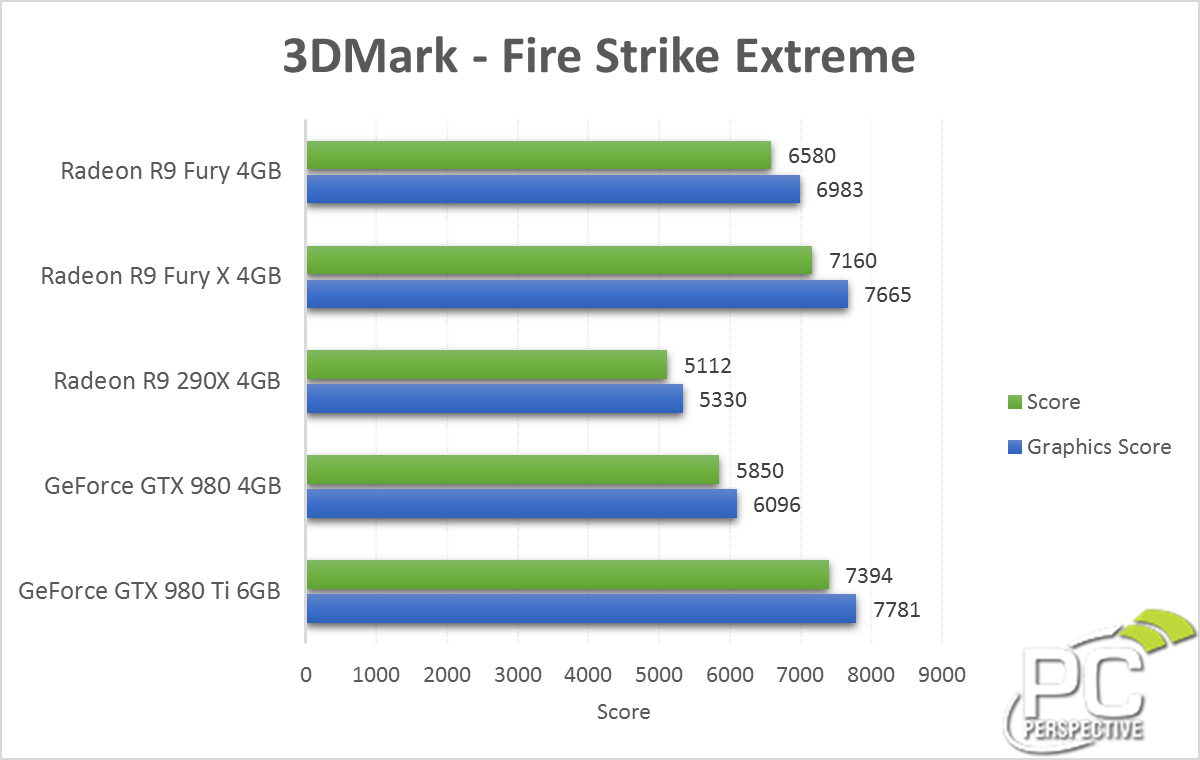 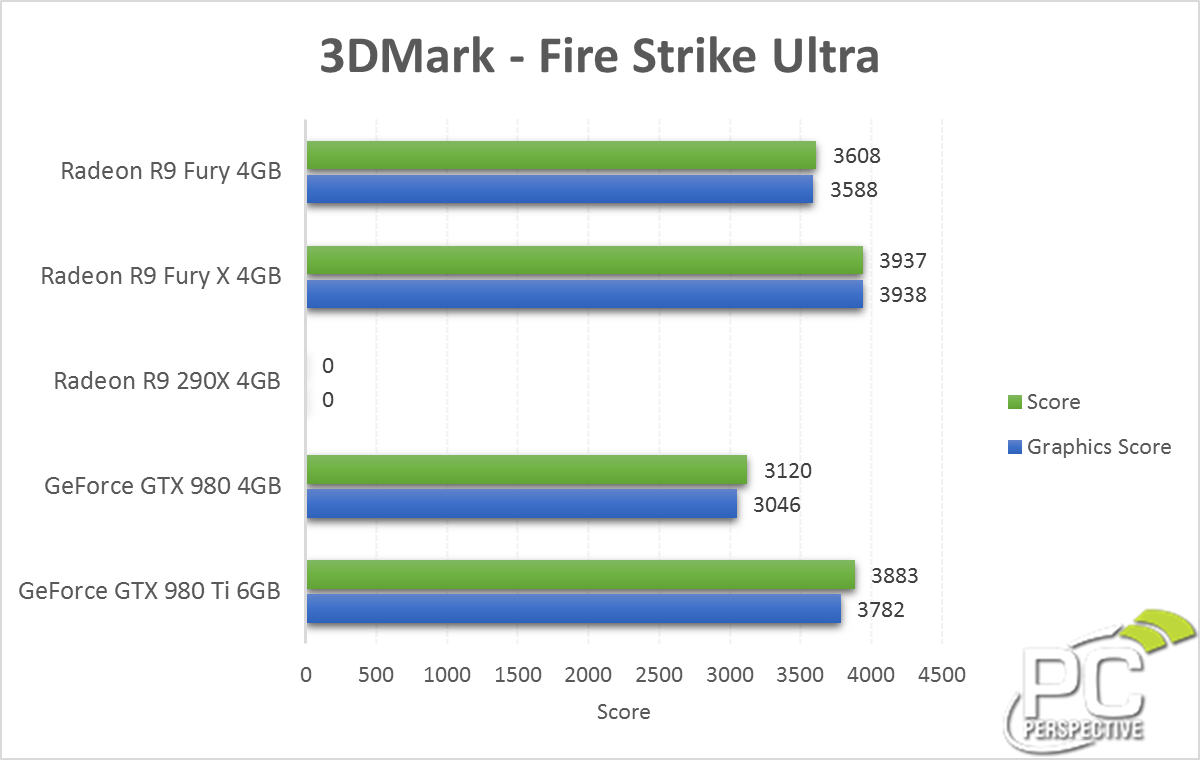 3DMark basically confirms what we have been seeing in our testing: the AMD Fury GPU is just faster than the GTX 980 today. 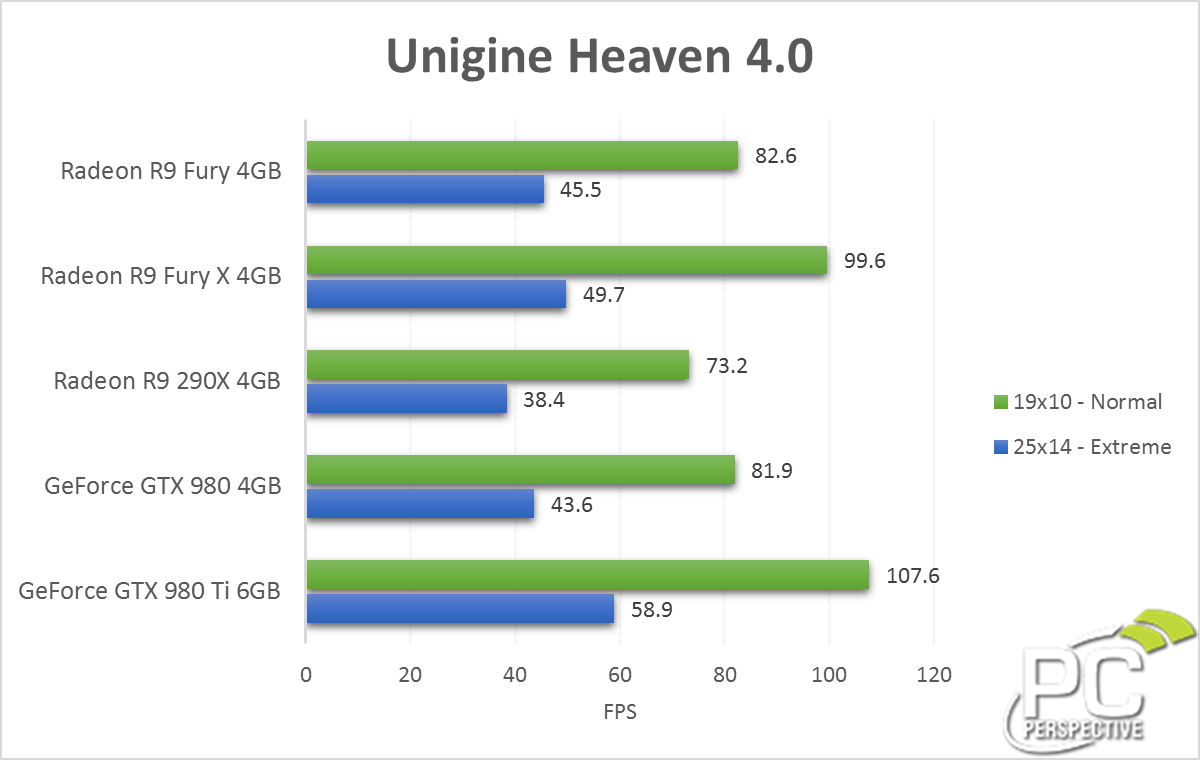 Even in the heavily tessellated "Extreme" preset of the Heaven test the Sapphire Fury card is faster than the reference GTX 980.