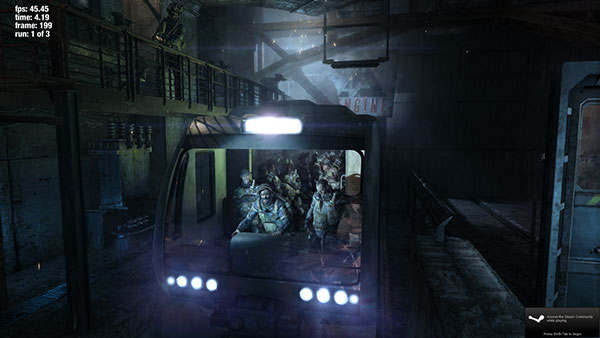 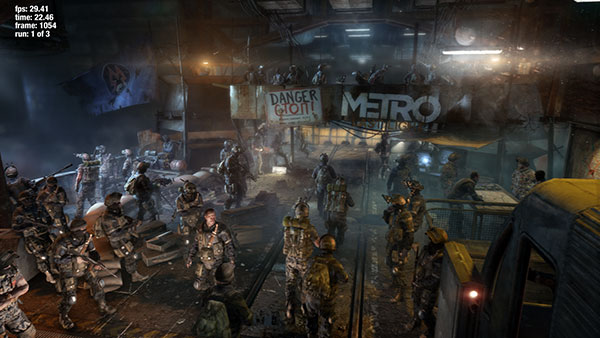 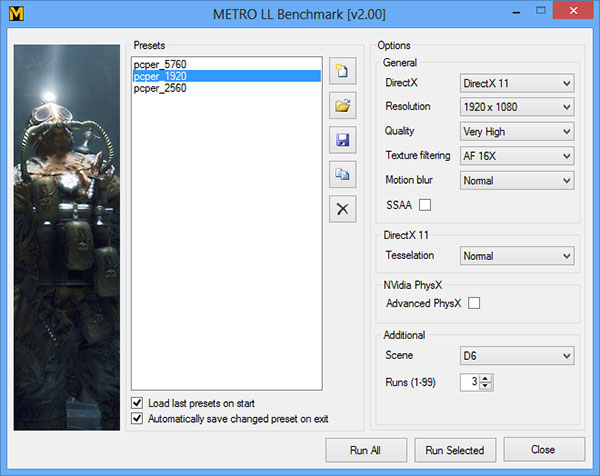 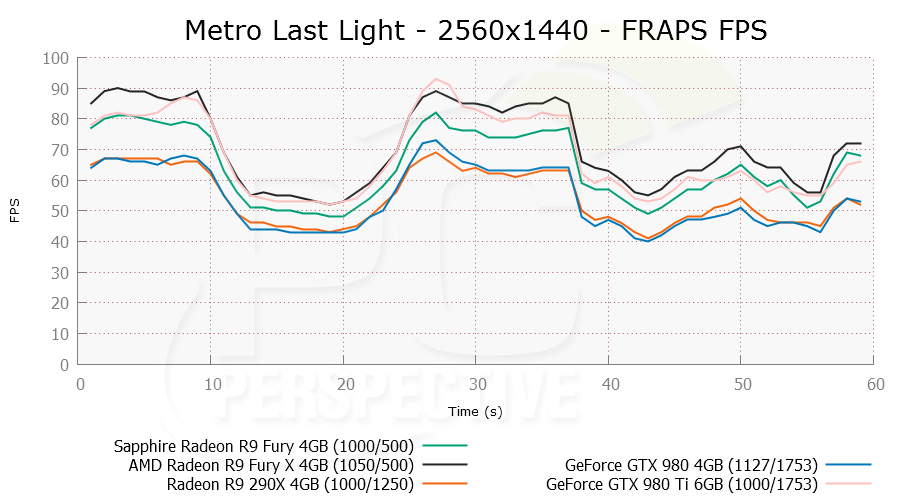 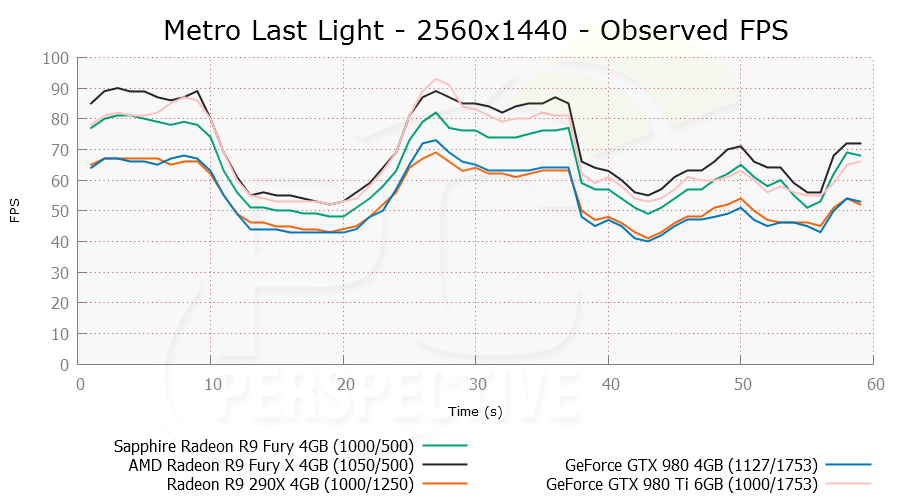 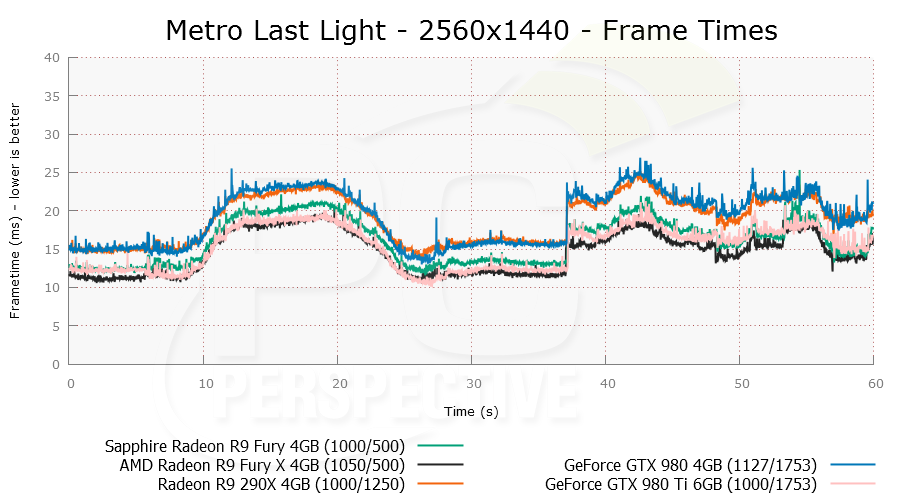 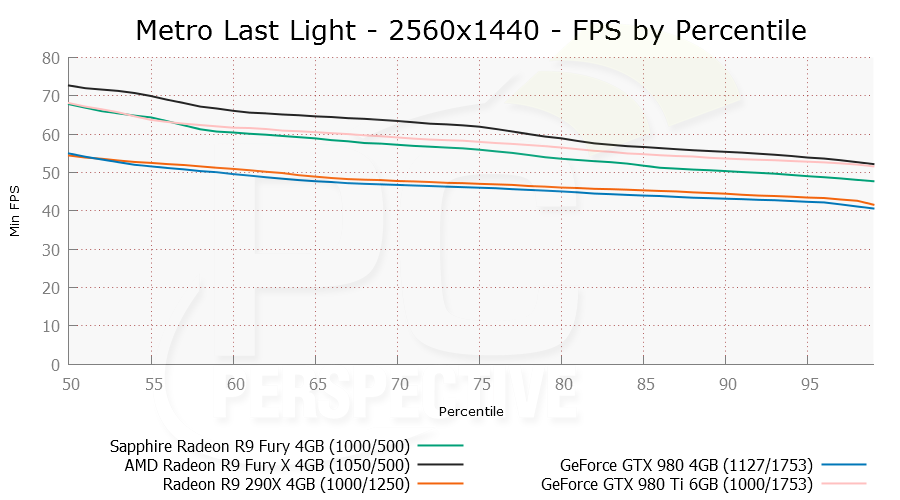 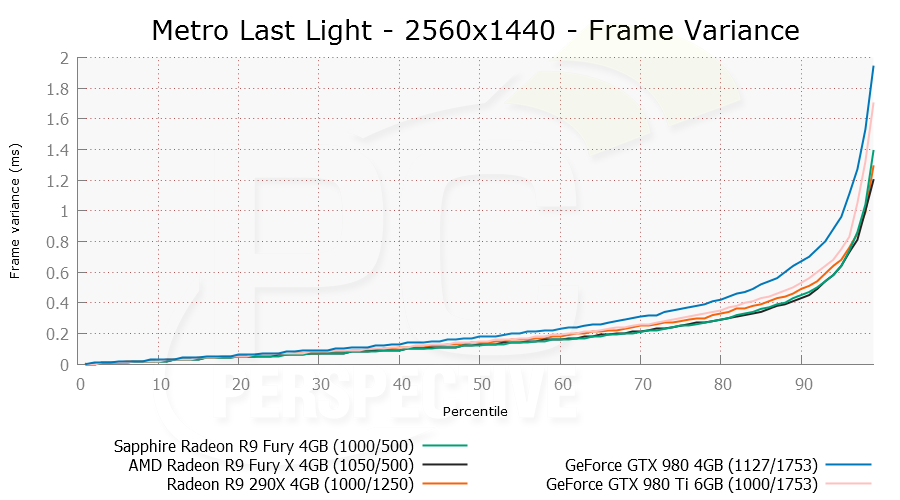 For a game that started out as an NVIDIA title, Metro: Last Light has in recent months become a title that shows off the AMD architectures in a much more positive light. At 25×14 we find that the AMD Fury card is 23% faster in terms of average frame over the GTX 980 and without any noticeable frame time variance. 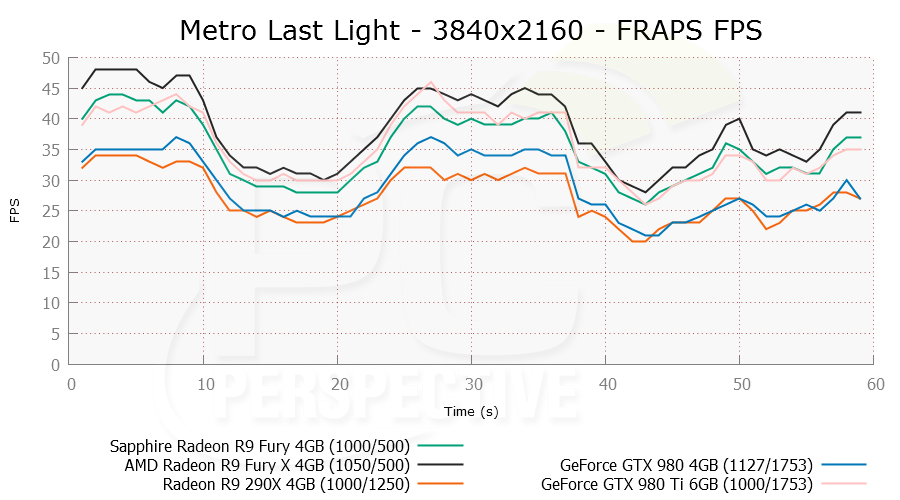 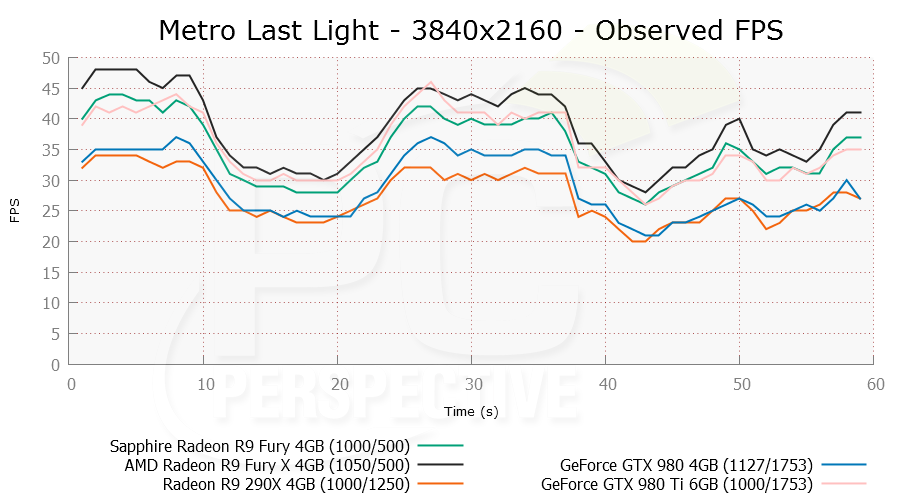 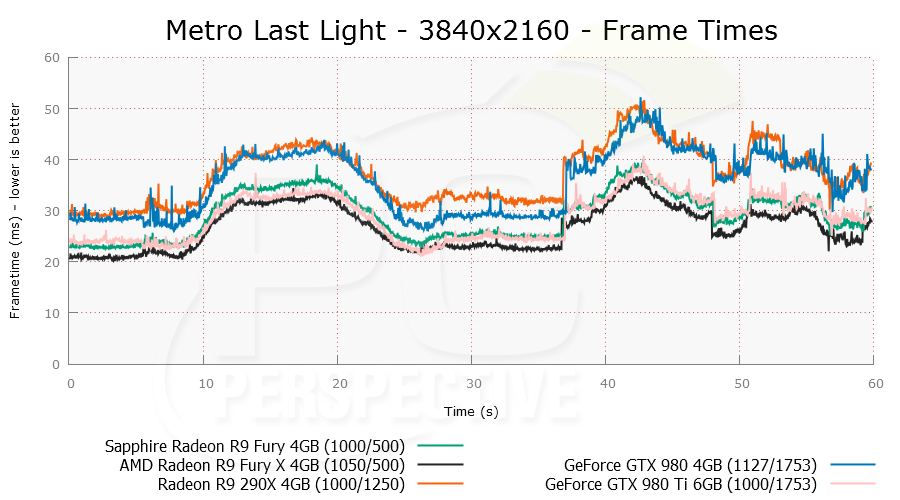 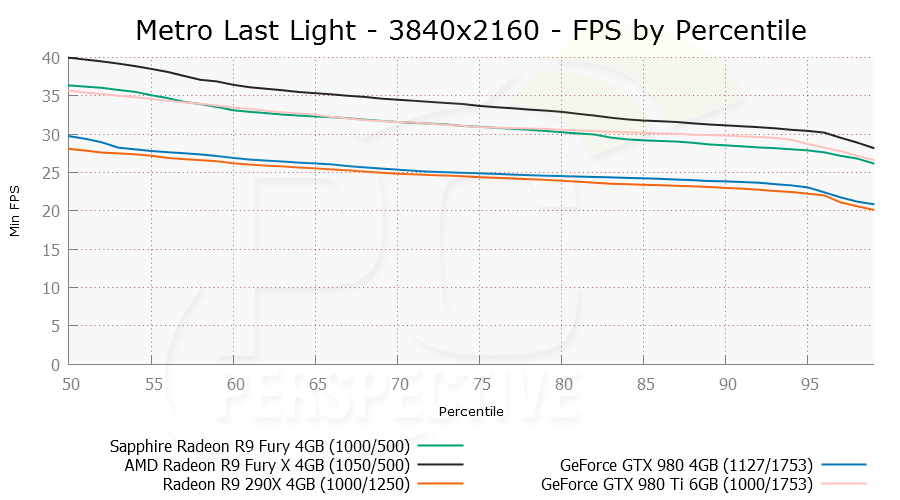 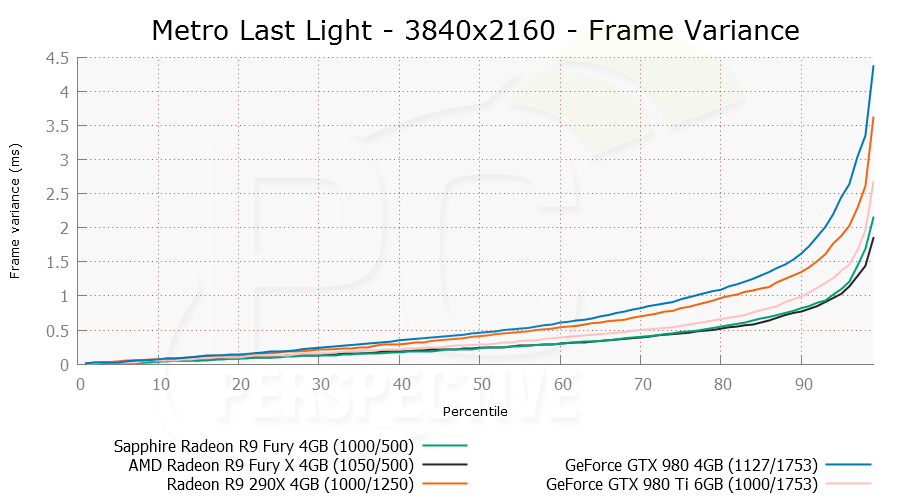 When running at 4K that gap is still 20% between the Fury and the GTX 980, though we do see the Fury X spread out a bit and come in a full 11% faster.

This table presents the above data in a more basic way, focusing only on the average FPS, so keep that in mind. The AMD Fury card walks all over the GeForce GTX 980 in this test! 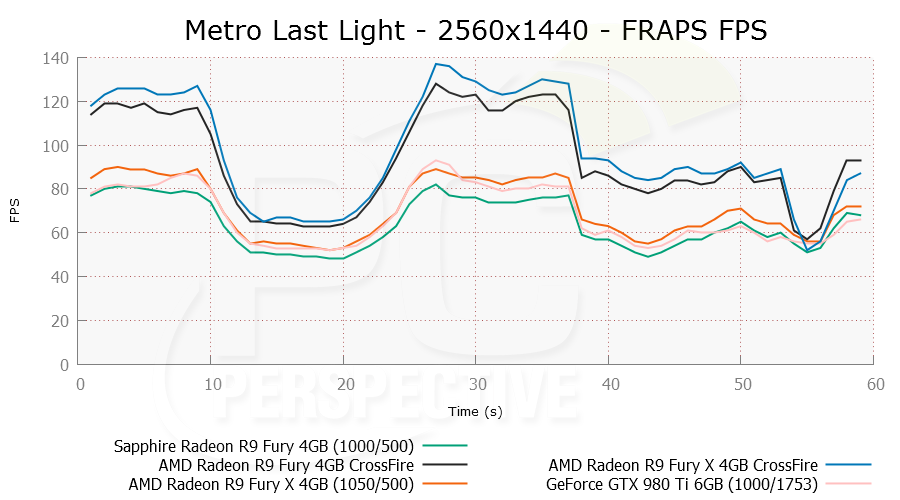 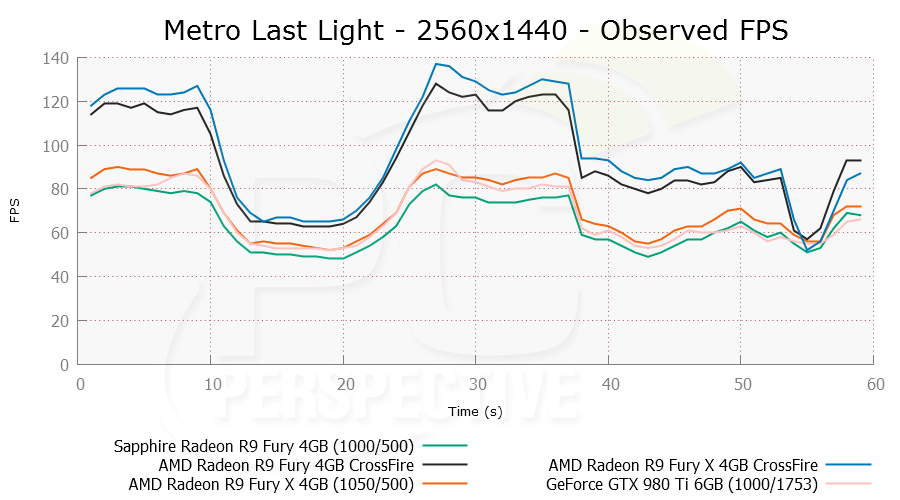 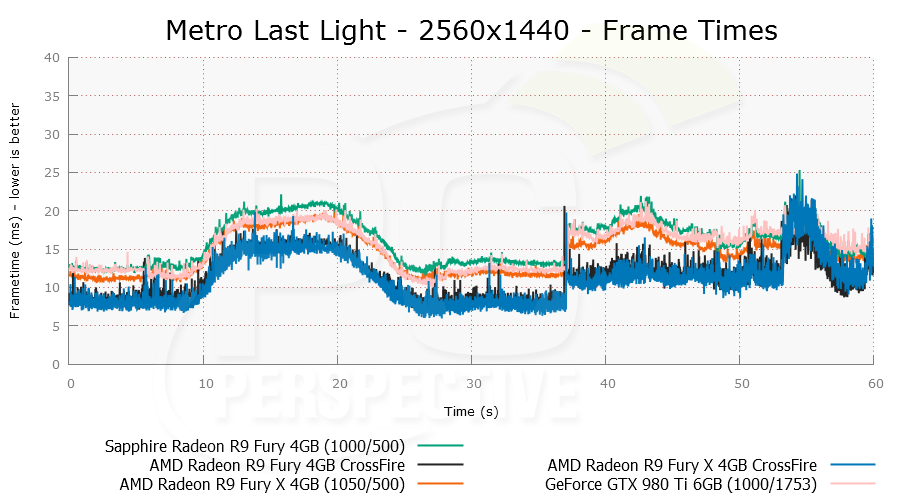 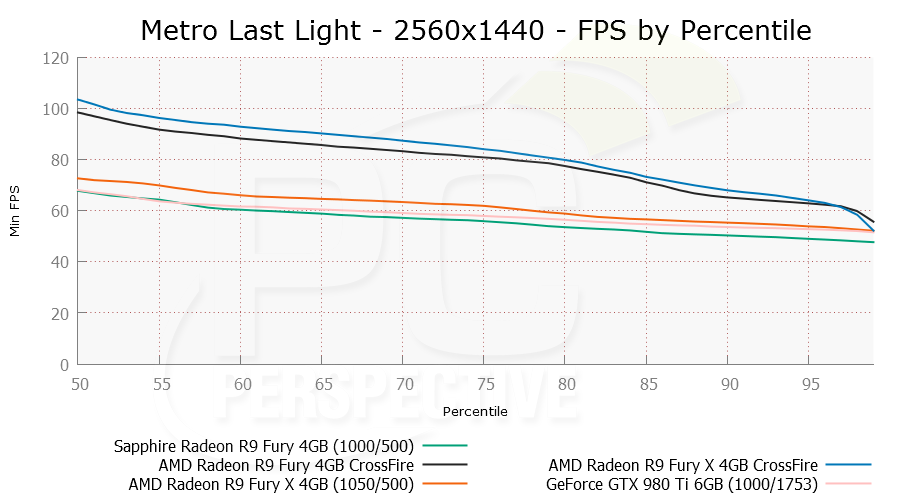 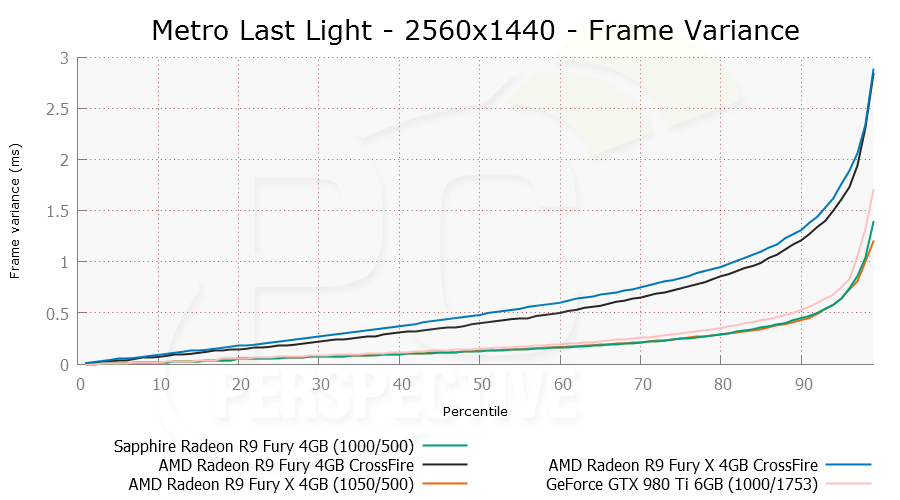 Multi-GPU scaling in Metro: Last Light is just not fantastic for either NVIDIA or AMD and it shows. Our pair of Fury cards was only able to increase the average frame rate by about 47%. 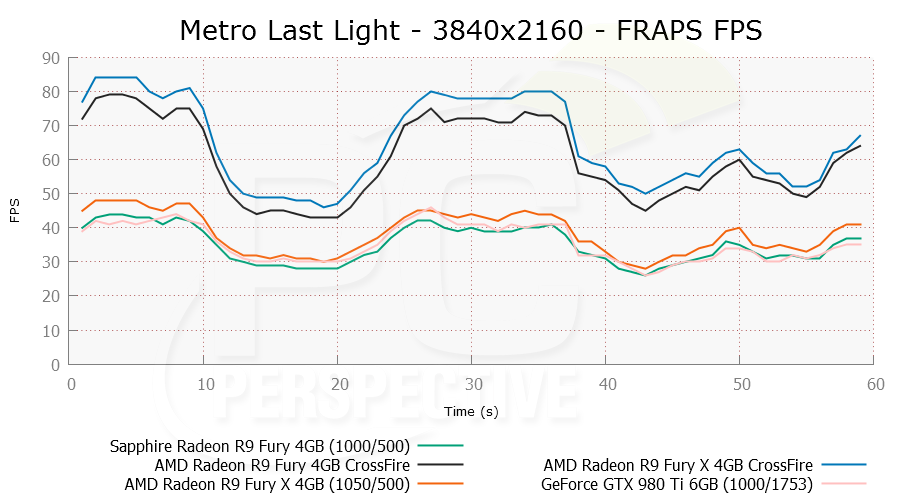 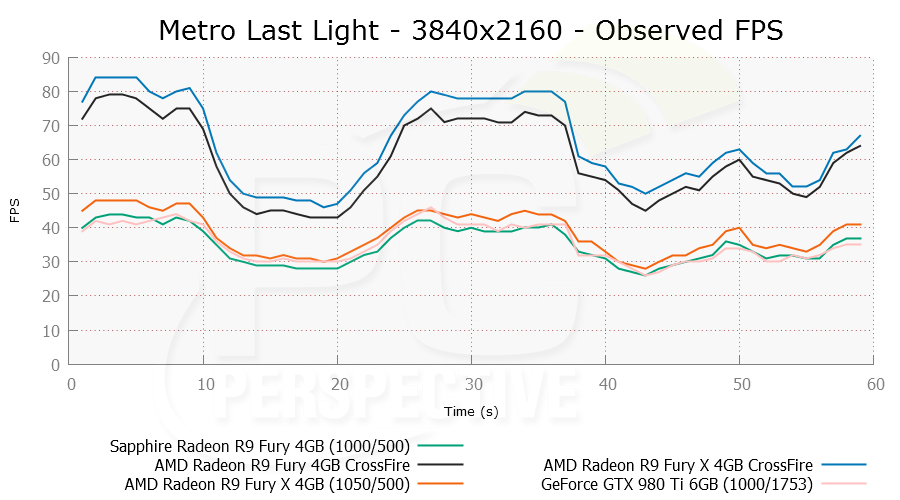 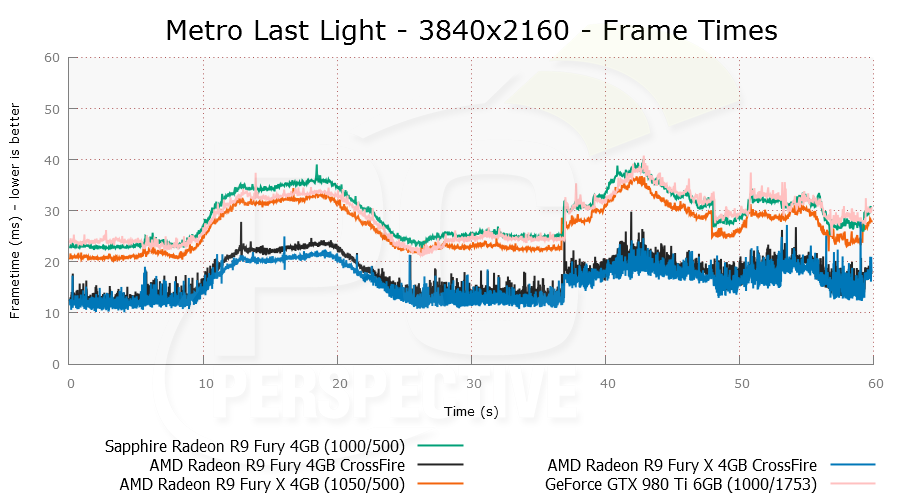 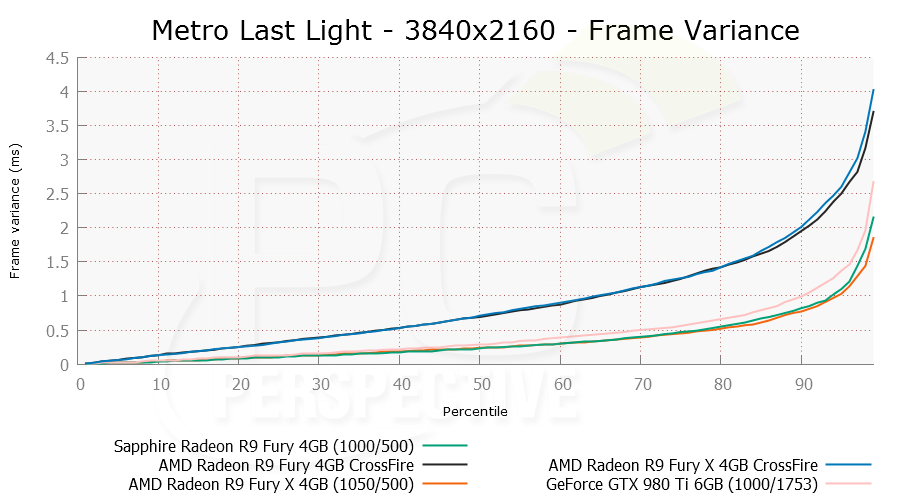 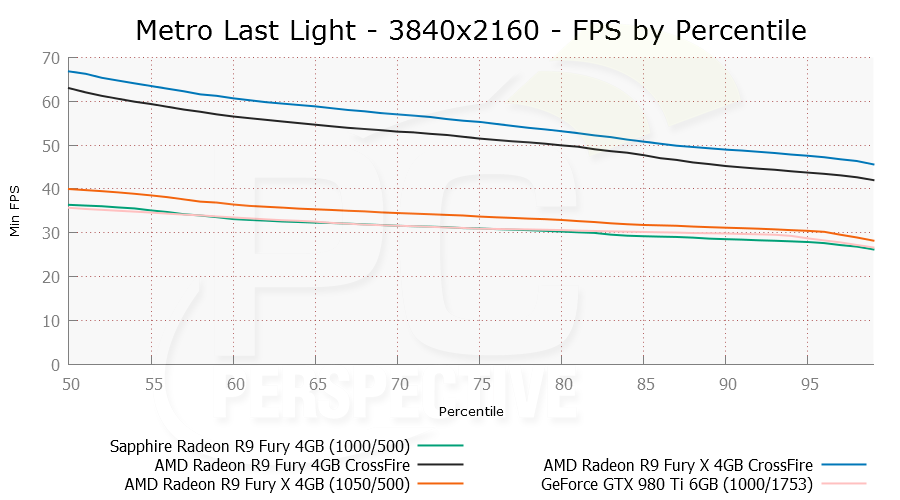 Frame time variance is a bit higher than we would like to see again, but CrossFire scaling does jump up to 63% here at 4K. 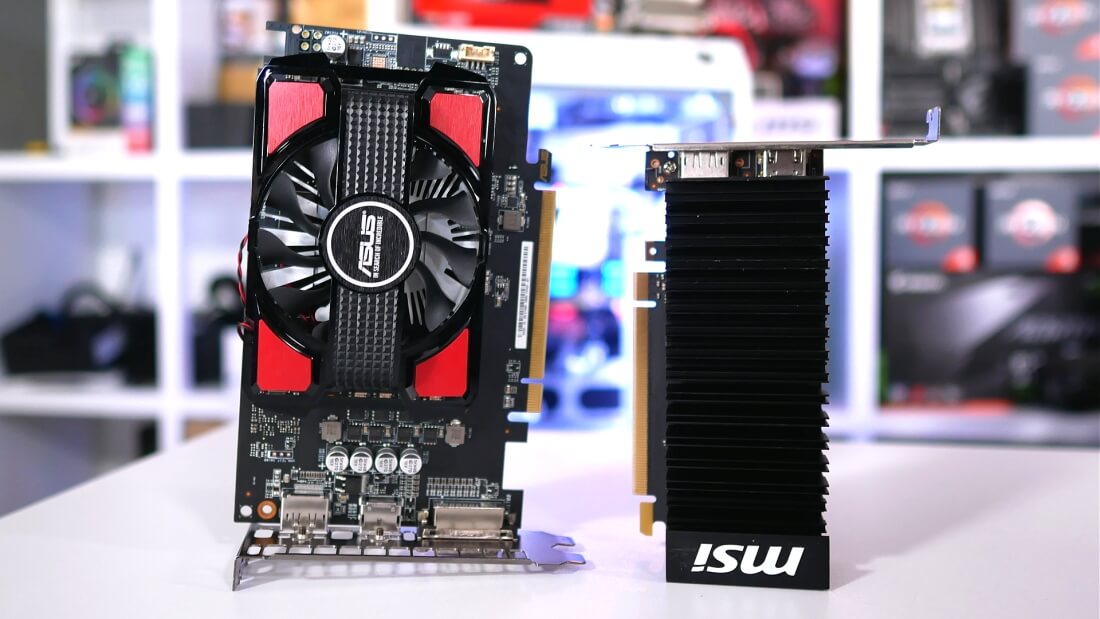