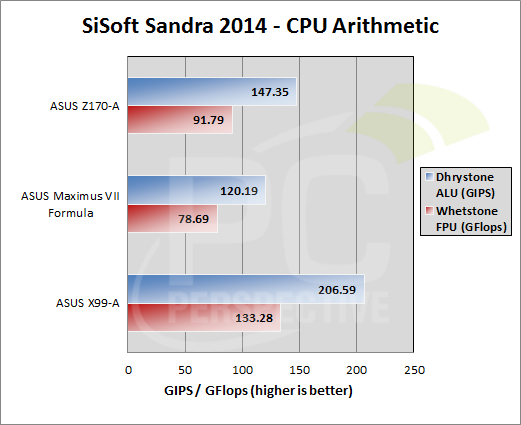 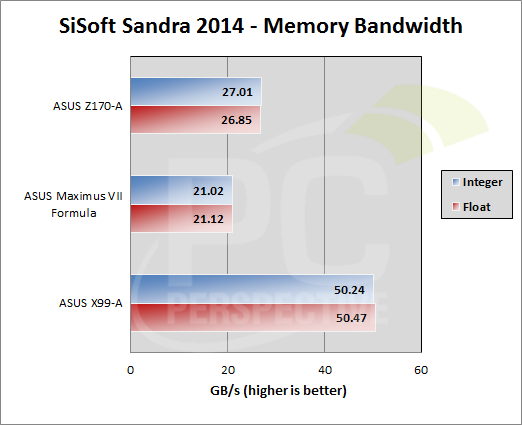 The Sandra benchmarks remain a fast and easy way to determine system quality from a CPU and memory subsystem perspective. The Z170-A performance falls in between that of the Z97 and X99-based systems, as expected because of the Skylake processor enhancements as well as the dual channel DDR4 memory used with the Z170-A system. 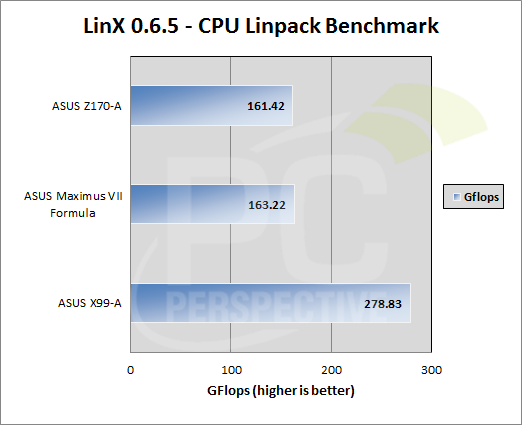 This CPU torture test is a proven method for identifying possible issues with the CPU to motherboard interface layer. Surprisingly, the Z170-A system's performance falls slightly behind that of the Z97-based system. This is surprising because of the higher default clock speed of the i7-6700K processor used with the Z170-A motherboard. 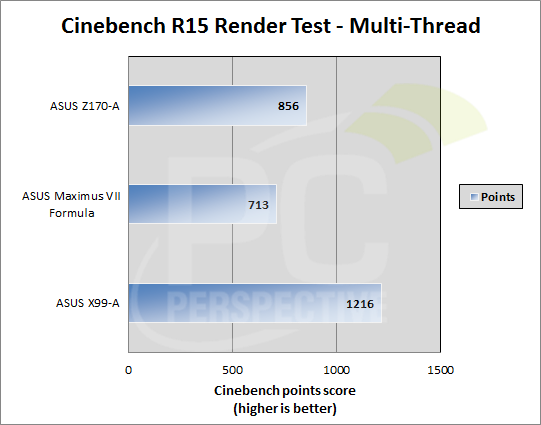 In this multimedia benchmark, the Z170-A's performance falls more within expectations in between that of the Z97 and X99-based systems.

Yet Another AN8 Review