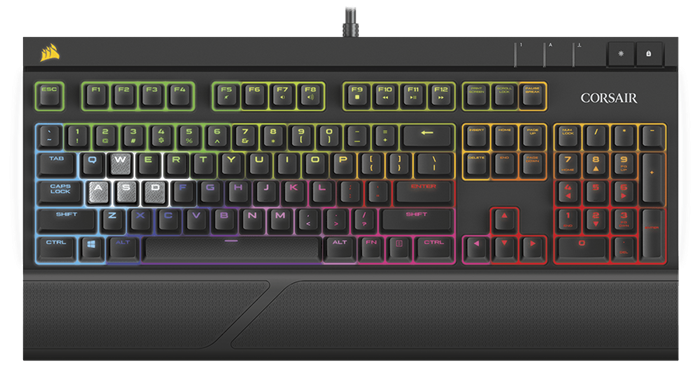 At Gamescom in Germany, Corsair announced the Strafe RGB mechanical keyboard, the Void RGB headset, and the Scimitar RGB mouse. As you can guess, each of these have colored lighting with a full range of 16.8 million choices. The devices will be trickling out over the coming months, but we should have everything by October and their prices are all competitive.

First is the Strafe RGB mechanical keyboard. This device comes in three versions: Cherry MX RGB Red and Cherry MX RGB Brown for $149.99, or the “Cherry MX RGB Silent” switch for $159.99. What is a “Cherry MX RGB Silent” switch? No idea. I cannot find anywhere that says whether it is tactile or linear, so who knows. It allows 104 key rollover on USB, which means that you could press any combination of keys and each will be recognized. USB has a limit of about six, but Corsair probably registers the keyboard as several input devices to communicate the extra events. They are scheduled to launch in October. 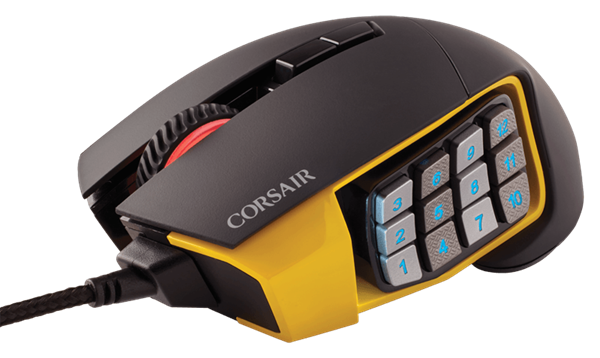 Last is the Scimitar RGB Gaming Mouse. This one is more interesting. Basically, Corsair took the number pad layout of the Razer Naga and Logitech G600 and did their own version of it. Its sensor is higher-precision at 12,000 DPI, but that metric has maxed out long ago for basically everyone. The number pad on the thumb side will allow a little more than a quarter inch of adjustment. This means that you can align the buttons slightly to match your grip. Each button is also mechanical, like the Razer Naga 2014, which is good for me because I have a problem with side buttons wearing out. Its price comes in at $79.99 and it will be available in September 2015.