The team at Oxide Games has done an excellent job of creating a benchmark that is useful to many different people with different data needs and requirements. The test is easy to setup and load, runs consistently and fairly stable (for a pre-beta) and the sheet number of data points exported is enough to make your head hurt. Ashes of the Singularity’s benchmark provides an average frame rate for the entire 180 second test, a break down by scene categories (normal, medium, heavy) and even performance on a per-scene basis. To top it off, frame times are recorded with CPU and GPU times in mind and an indicator of which processor was the limit for each individual frame. 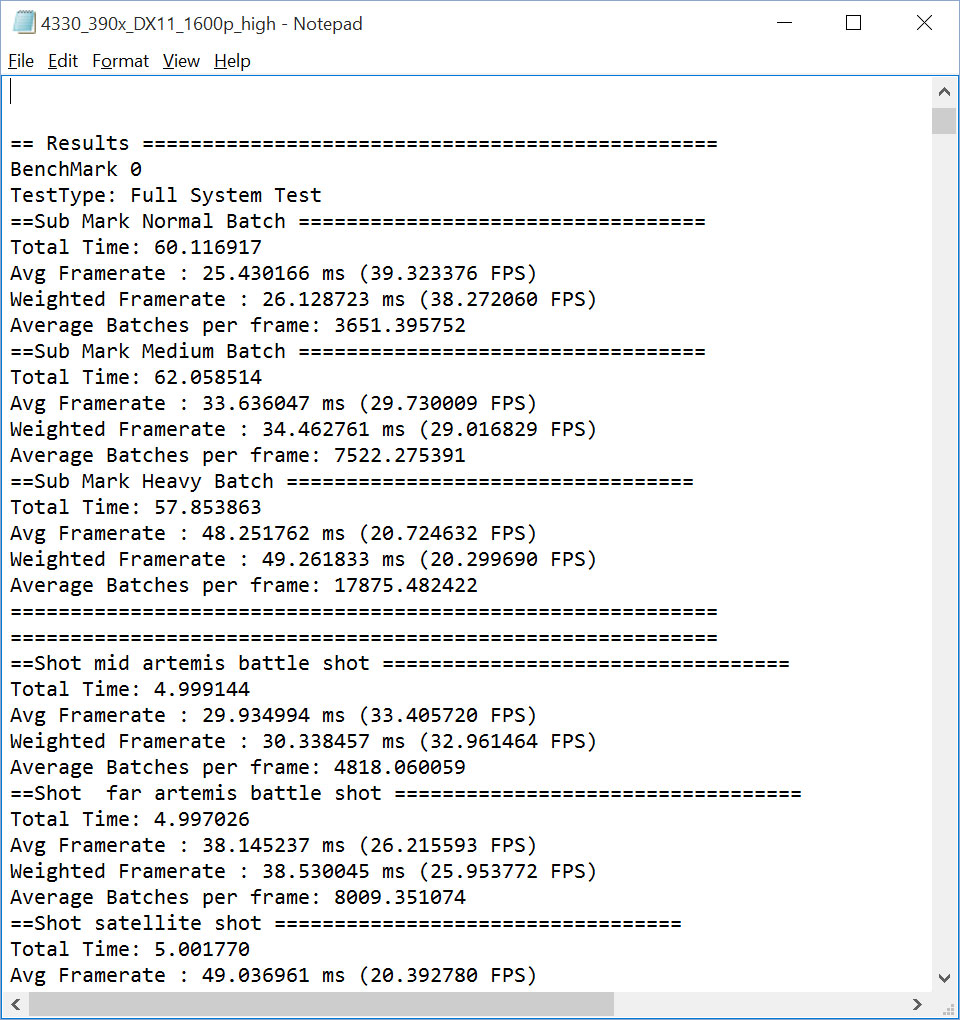 Breaking out data into the normal, medium and heavy data sets is very important and allows an easy way for reviewers and technology enthusiasts to evaluate the hardware they wish to target. A “normal” batch test series (which is about 60 seconds worth of the entire test) is the total of the scenes with lower draw call counts, something under 10,000. Scenes in the “medium” batch group, another 60 seconds of the test, have typical draw call count ranges of 10k – 20k. Finally, anything over 20,000 draw calls deep is referred to as the “heavy” sample of tests (representing the final third of the game).

For my evaluation today, that is as deep as I was able to get. I really believe that the frame time data provided by Oxide in these results can be parsed to show us some very interesting statistics and trends for the CPU to CPU comparisons but due to time constraints with the test and other hardware projects on the docket I’ll have to revisit at a later time. I’m sure there are others out there in the community that will dive in immediately and I can’t wait to see what is found in the meantime!

Ashes of the Singularity Screenshots

Though the game doesn’t “wow” us with visuals in the same way that something like Far Cry 4 or Crysis 3 might, fans of strategy games will immediately recognize the amount of units and projectiles on screen at the same time and fall in love with the style and presentation. 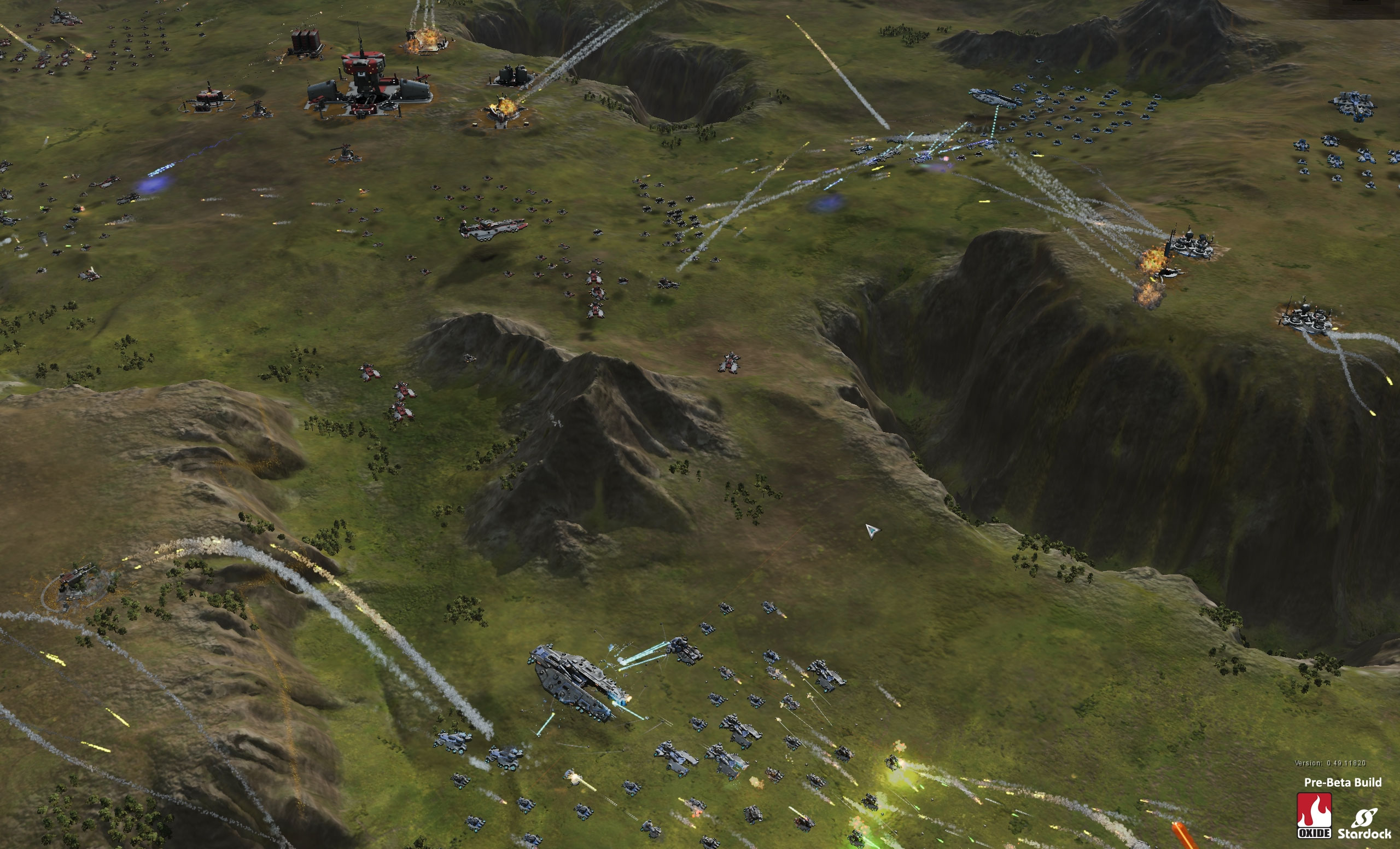 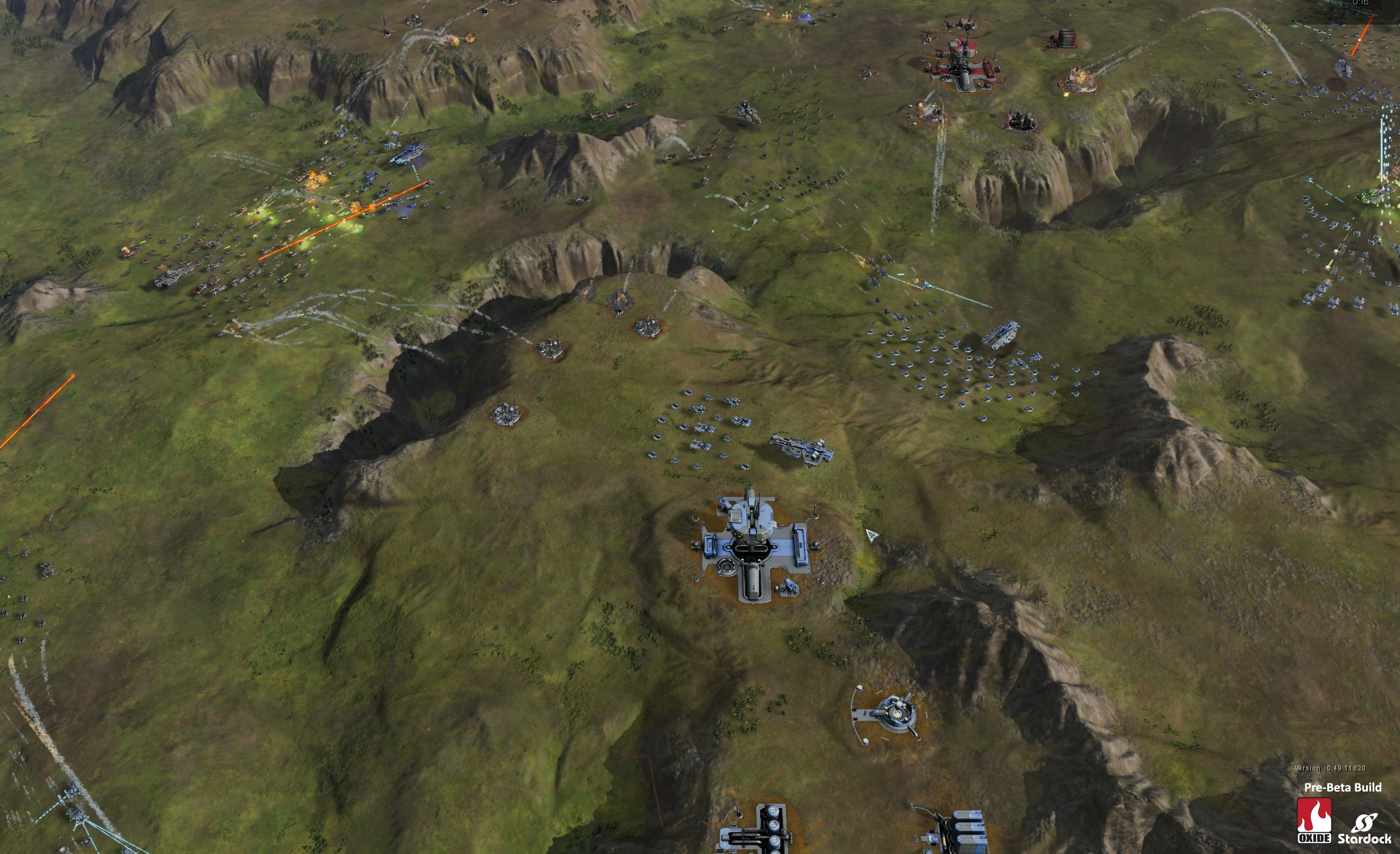 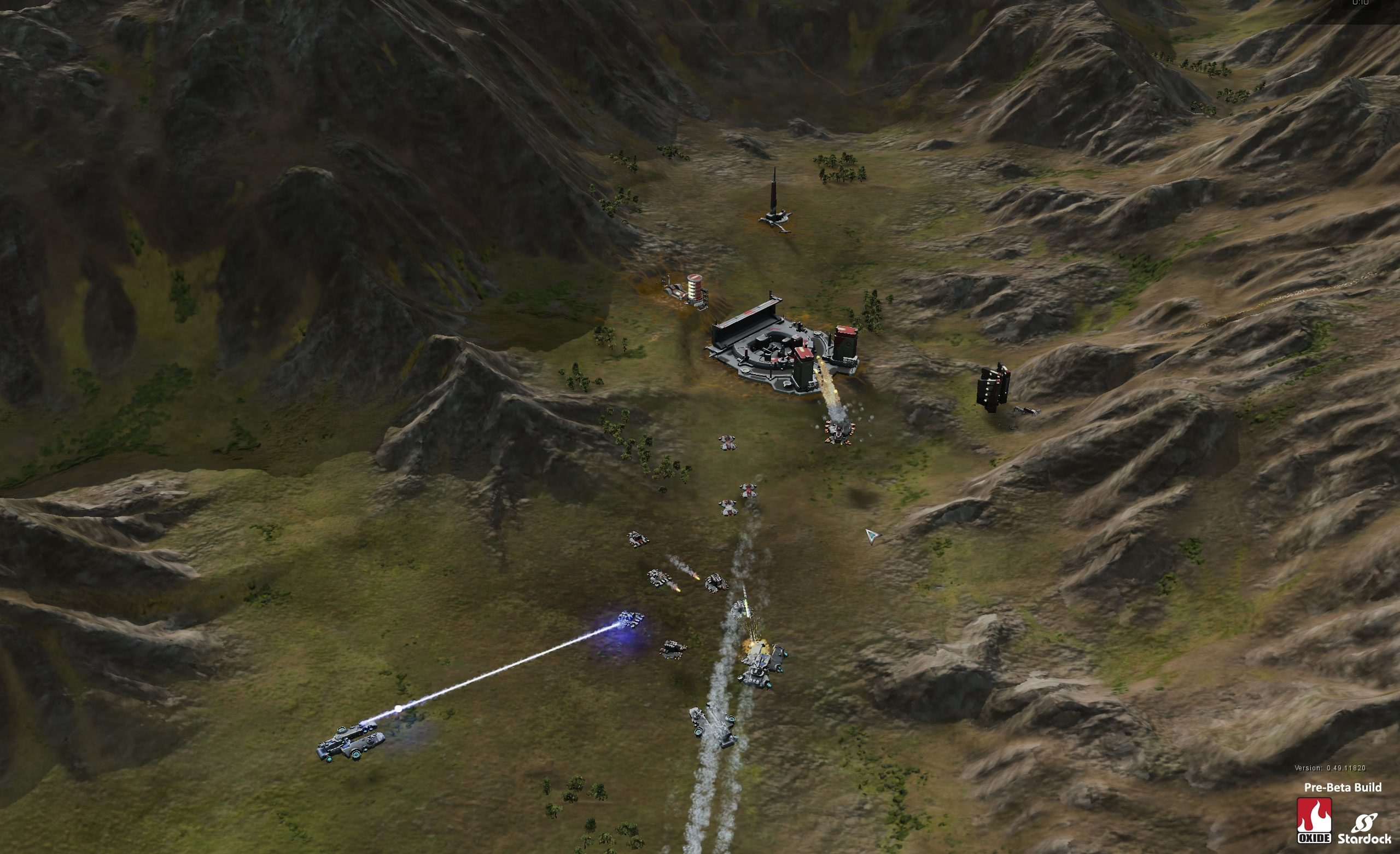 As a frequent RTS gamer that is looking for a new to spend several hours a day or week, I am very eager to try out the game first hand!

Our Testing Methodology and Selections

Our testing methodology was straight forward as we decided to focus more on the CPU scaling capability of Ashes of the Singularity rather than on multiple GPUs. We chose five different CPUs and platforms, two different GPUs, two resolutions, two quality settings and, of course, both DX11 and DX12 APIs. 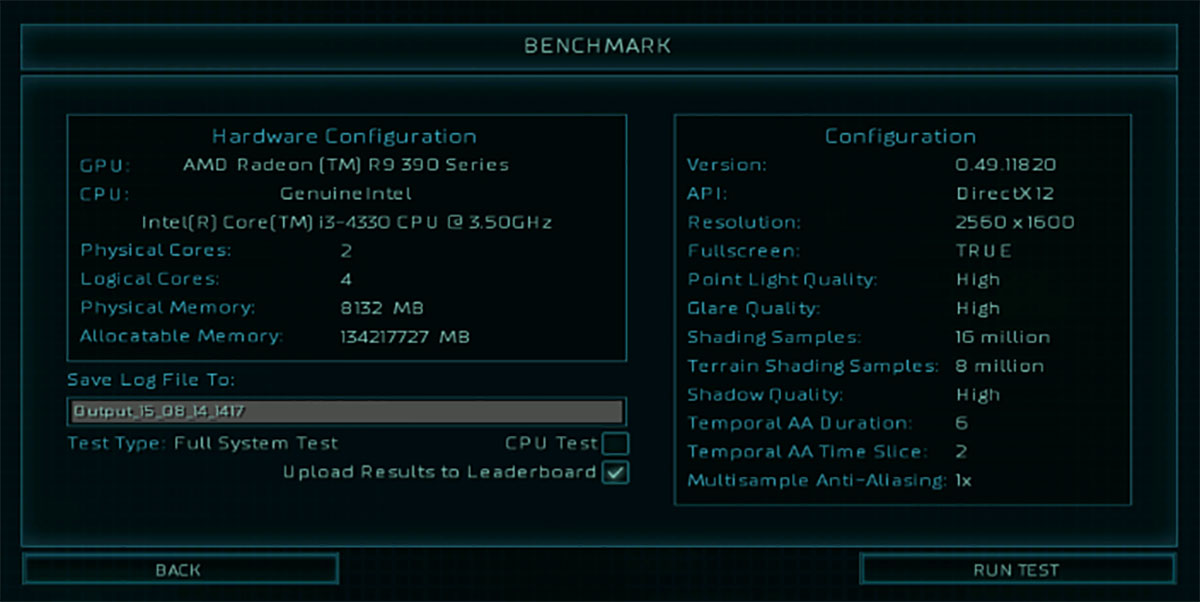 While 80 total data points, after combining / averaging duplicate runs, doesn’t sound like a whole lot until you start to graph and combine it all to communicate to a readership. I think you’ll find we did a good job of breaking up and organizing it in a few different ways to help make sense of it all.

A couple of points first. I tried to get a wide array of processors in the test to see how everything scaled from the 8-core / 16-thread Haswell-E monstrosity down to the 2-core / 4-thread Core i3 processor that sells for less than $140. I know many people still utilize the low-cost FX-6300 for budget builds with a current selling price under $100 so I wanted to include it as well.

Our two graphics cards were selected to be “sort of” close in expected performance while also not topping out either GPU architecture. The GeForce GTX 980 sells for $50-70 more than the R9 390X so we should keep that mind as we look through the benchmark results.

Results we be presented first comparing the GTX 980 and R9 390X with the same processor and platform, for all five processors in our test. Next I will show how all the CPUs scale together with each individual GPU and finally wrap up with a GPU to GPU normalized scale that compares the GTX 980 in relation to the R9 390X across all processors and both APIs. 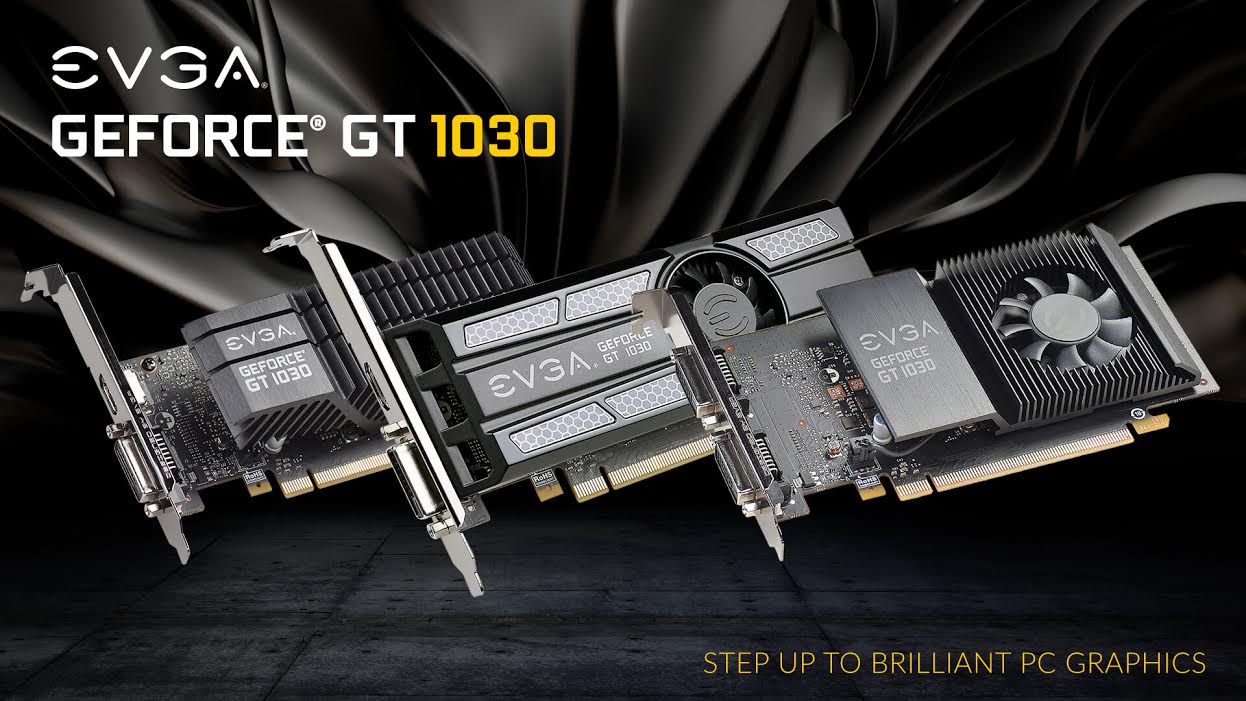