Yvo de Haas, who has a degree in mechanical engineering from Windesheim University of Applied Sciences in Zwolle, Netherlands, creates props, robots, and other objects as a hobby. Previous creations include a joystick-controlled turret from Portal, GLaDOS, and a Fallout 3-style Pip-Boy.

The latest project was a Fallout 4-style Pip-Boy that accepts a smartphone, with an LG Nexus 5 shown in the demo video, above. It also contains a (non-functioning) cassette player at the top, which take Fallout-style tapes… so unfortunately you cannot pretend that your Vault Dweller is obsessed with Thriller. This model is currently available on the website for anyone with time and access to a 3D printer. The work is licensed under Creative Commons 4.0 Attribution ShareAlike, so you can use and modify the model however you like, as long as you share your alterations in a similar fashion (and assuming that you also don't violate Bethesda's trademarks in any way — even though Haas' license permits commercial usage, Bethesda won't).

A second model (the “Accurate version”) is still in progress. This one is supposedly intended to be used with an embedded computer like a Raspberry Pi. It sounds like you will need to install a bare display and other components to make it work, but that will probably be more clear when it is published. 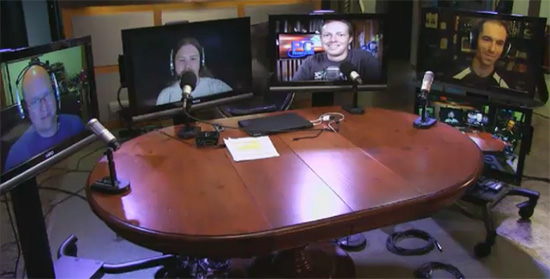