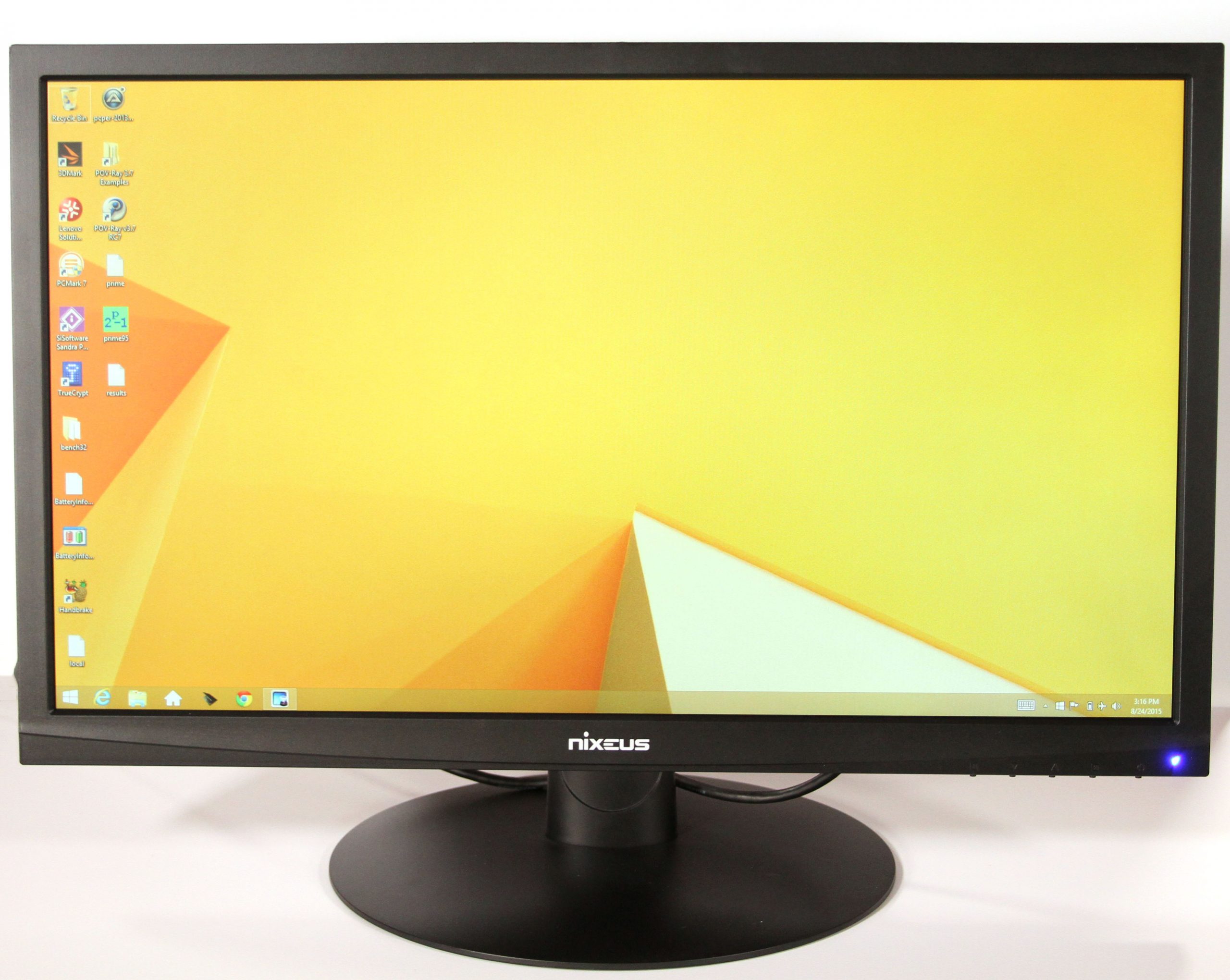 We were sampled the ‘B’ model with the basic base design, but here is an image supplied by Nixeus showing the ‘A’ type stand: 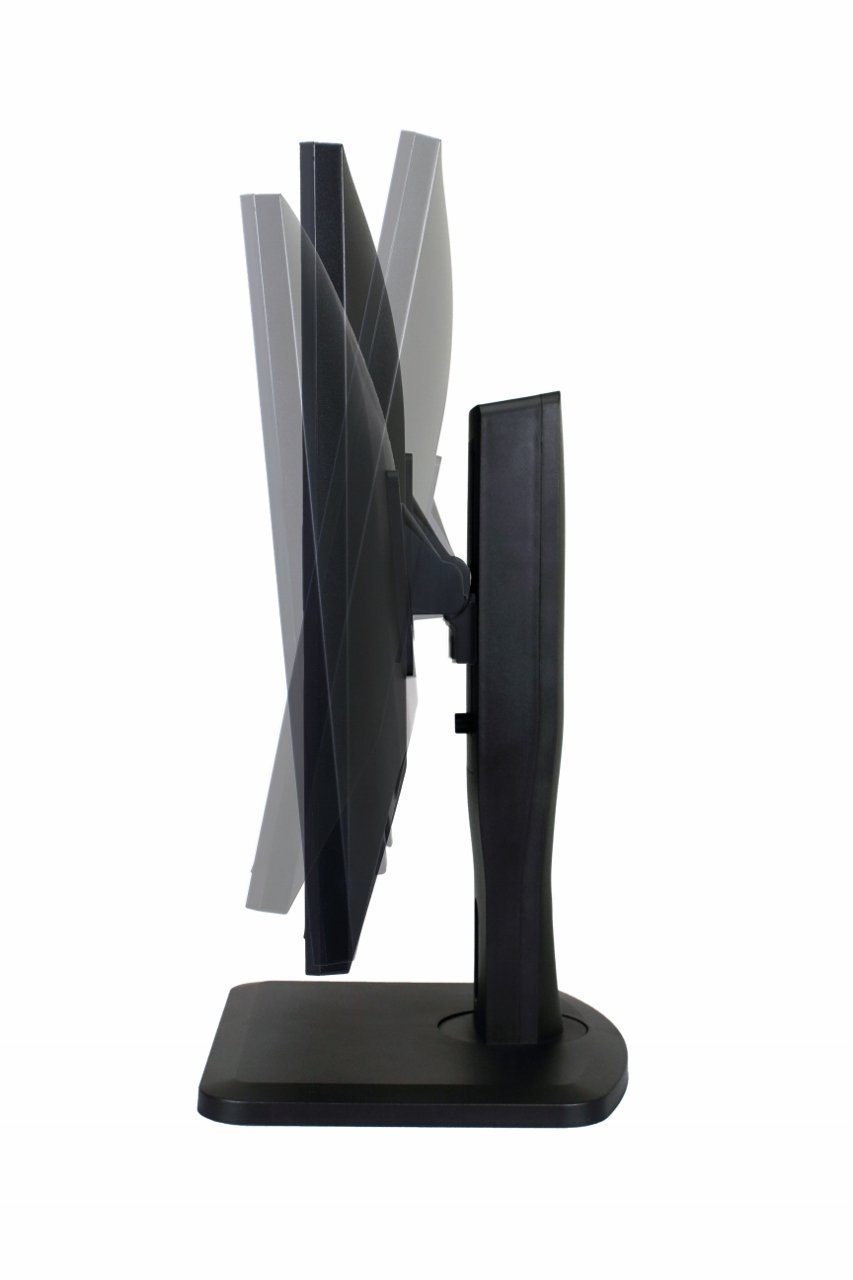 Here is a quick look at the front: 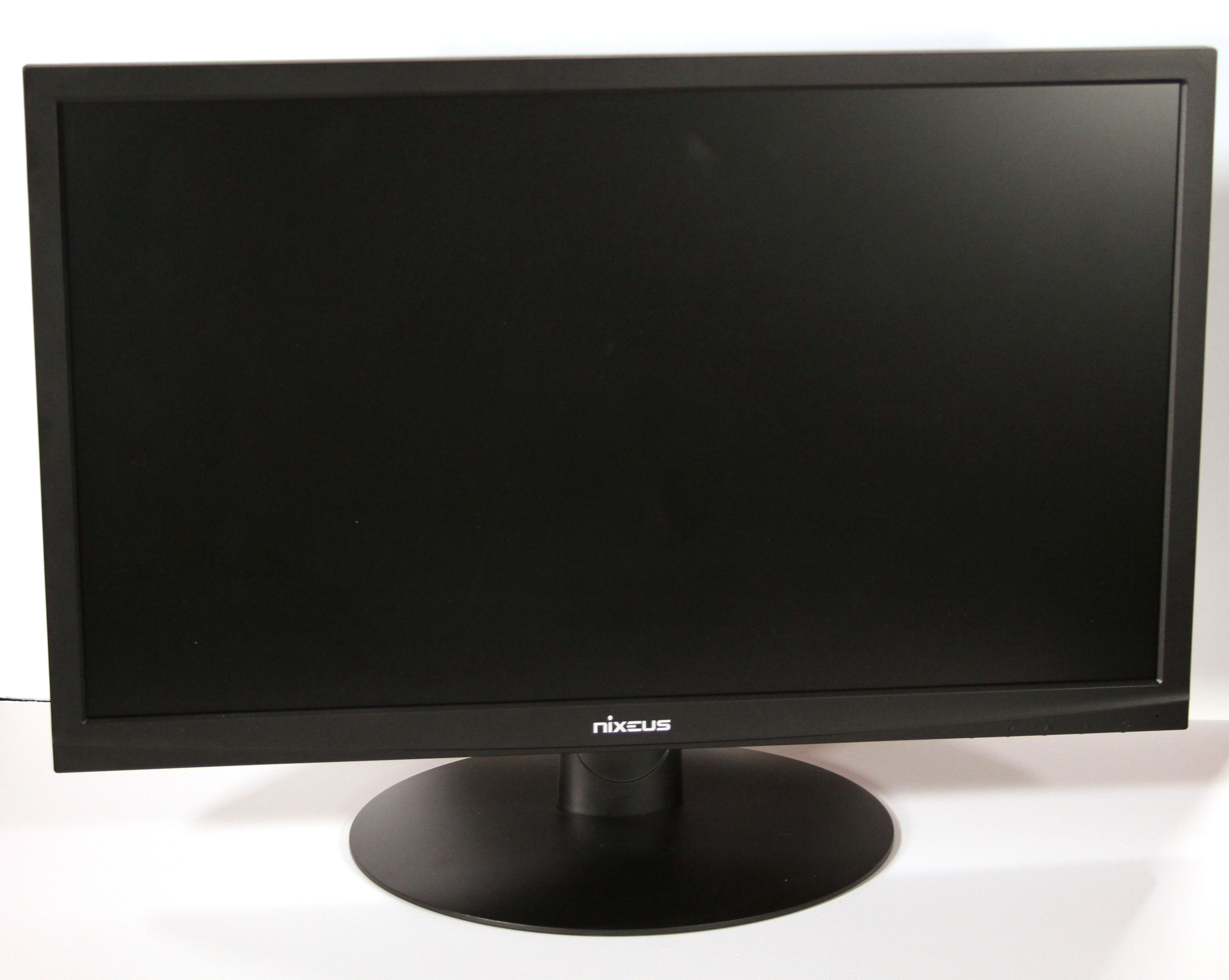 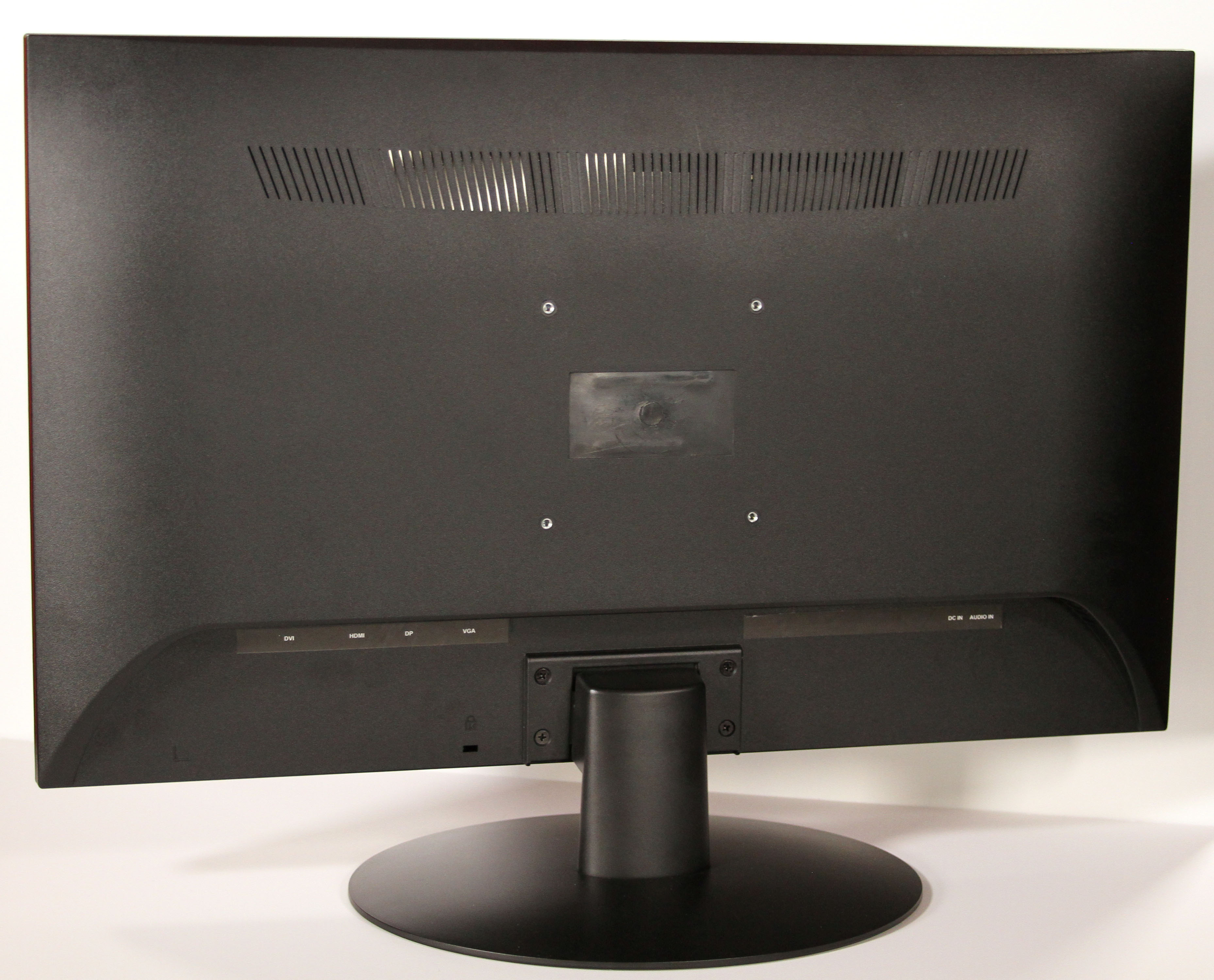 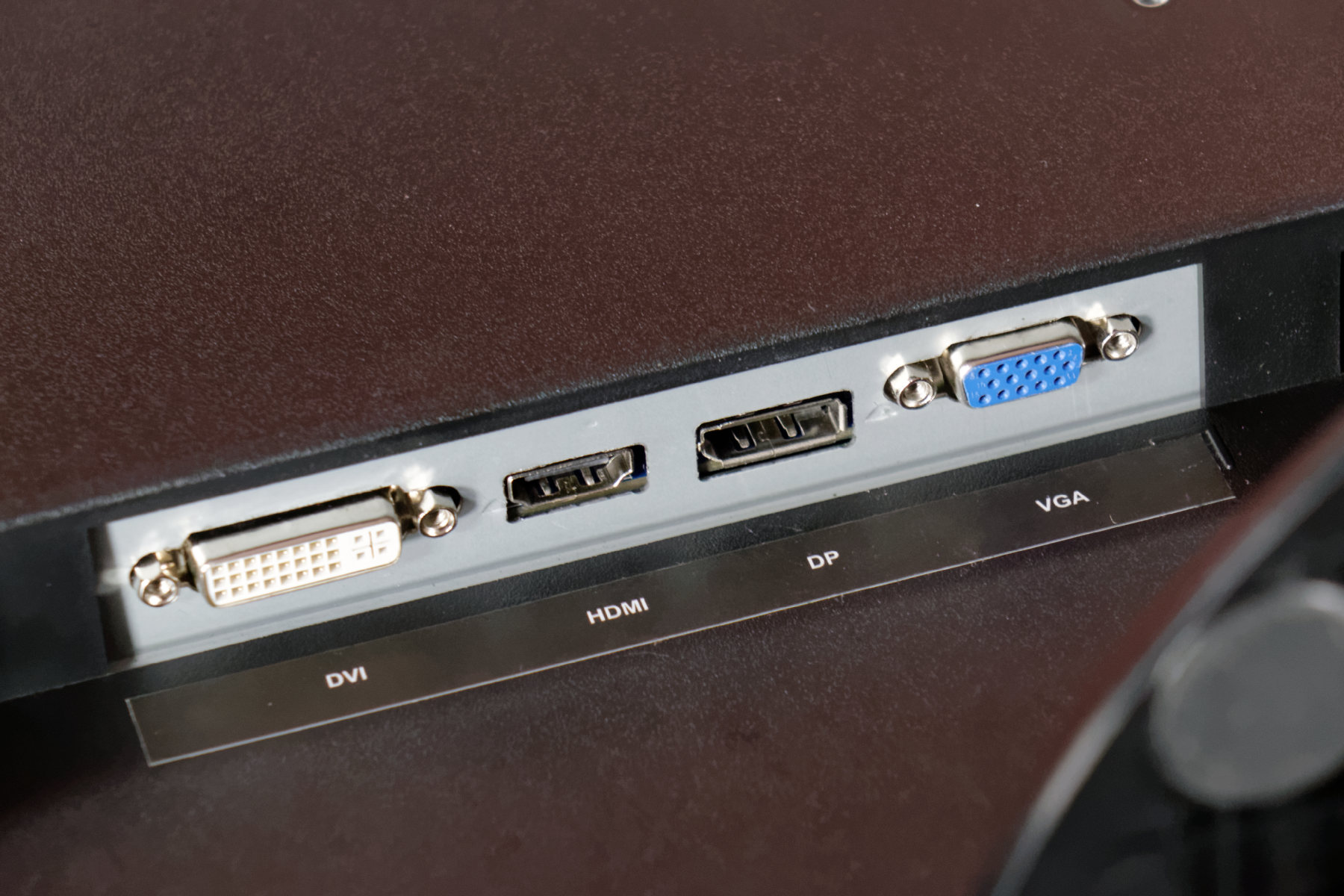 For port selection we get ‘one of each’ DVI, DisplayPort, HDMI, and VGA. 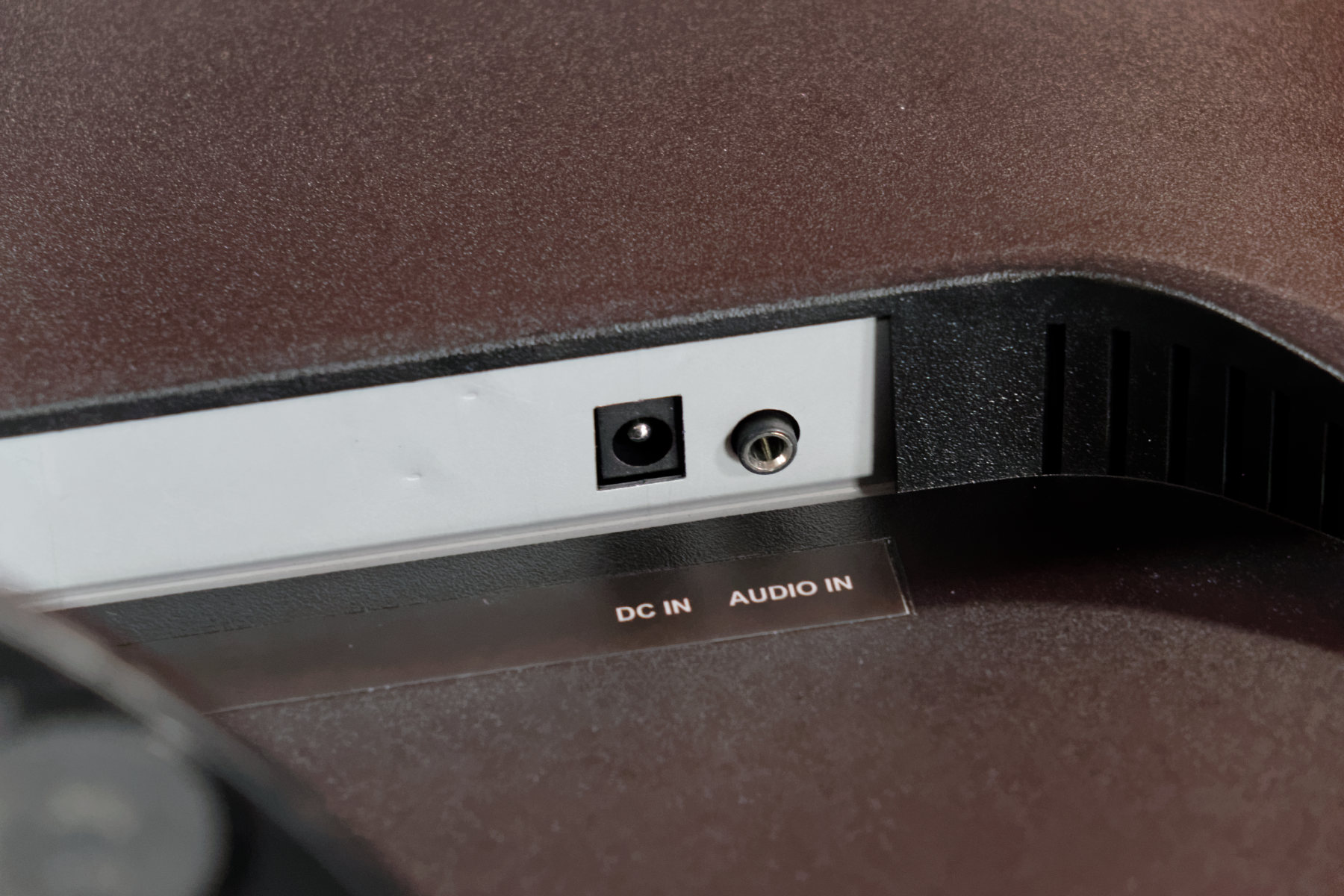 At the bottom right we have the power connector next to an audio-in jack (for DVI or VGA use). There is no audio-out for HDMI / DP audio streamed to the display from a host PC. 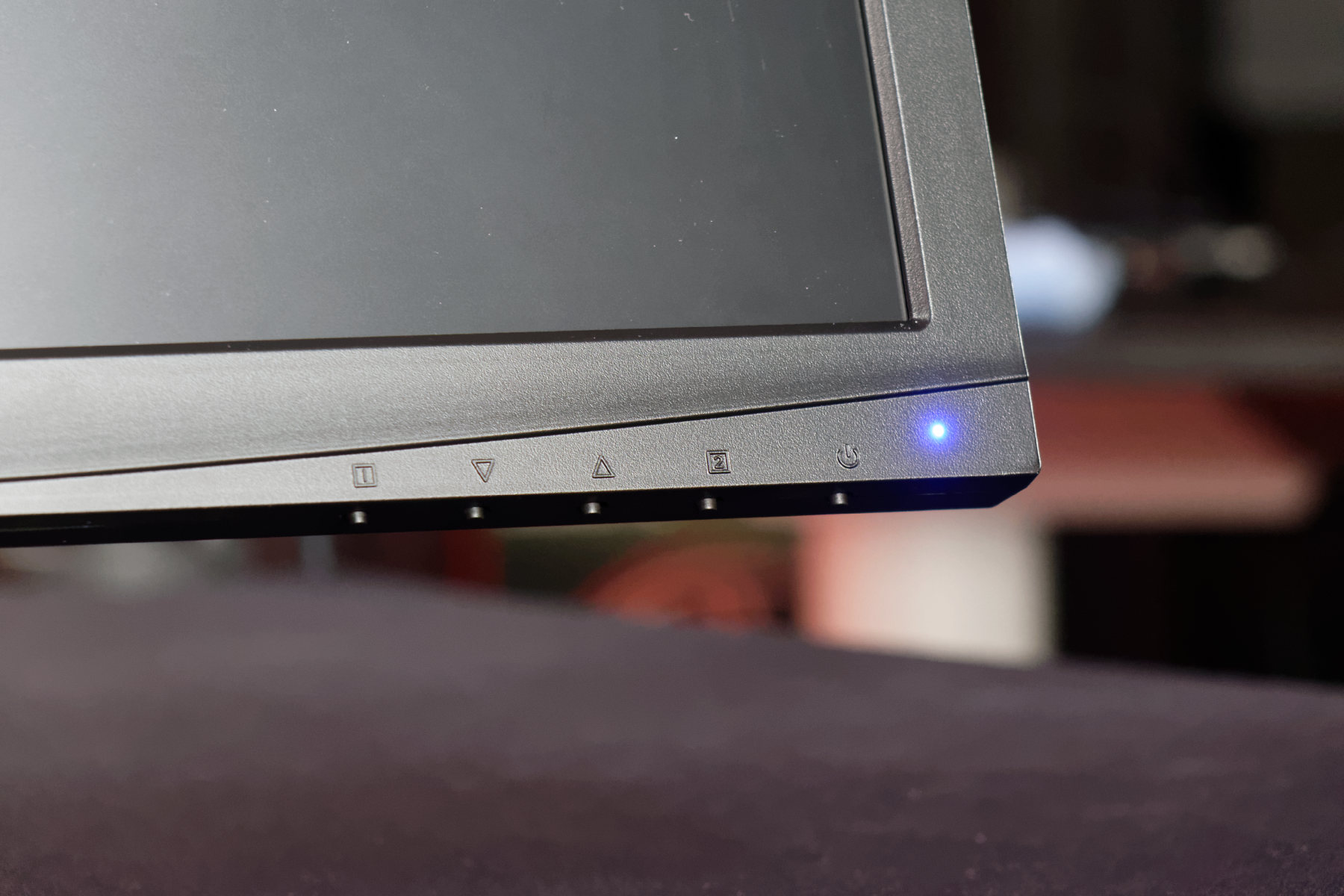 Looking back at the front, here is a closer image of the OSD controls and the blue LED power indicator. This is a bit bright if looking at it directly ahead, but not as distracting when viewing the display from a normal seated position. 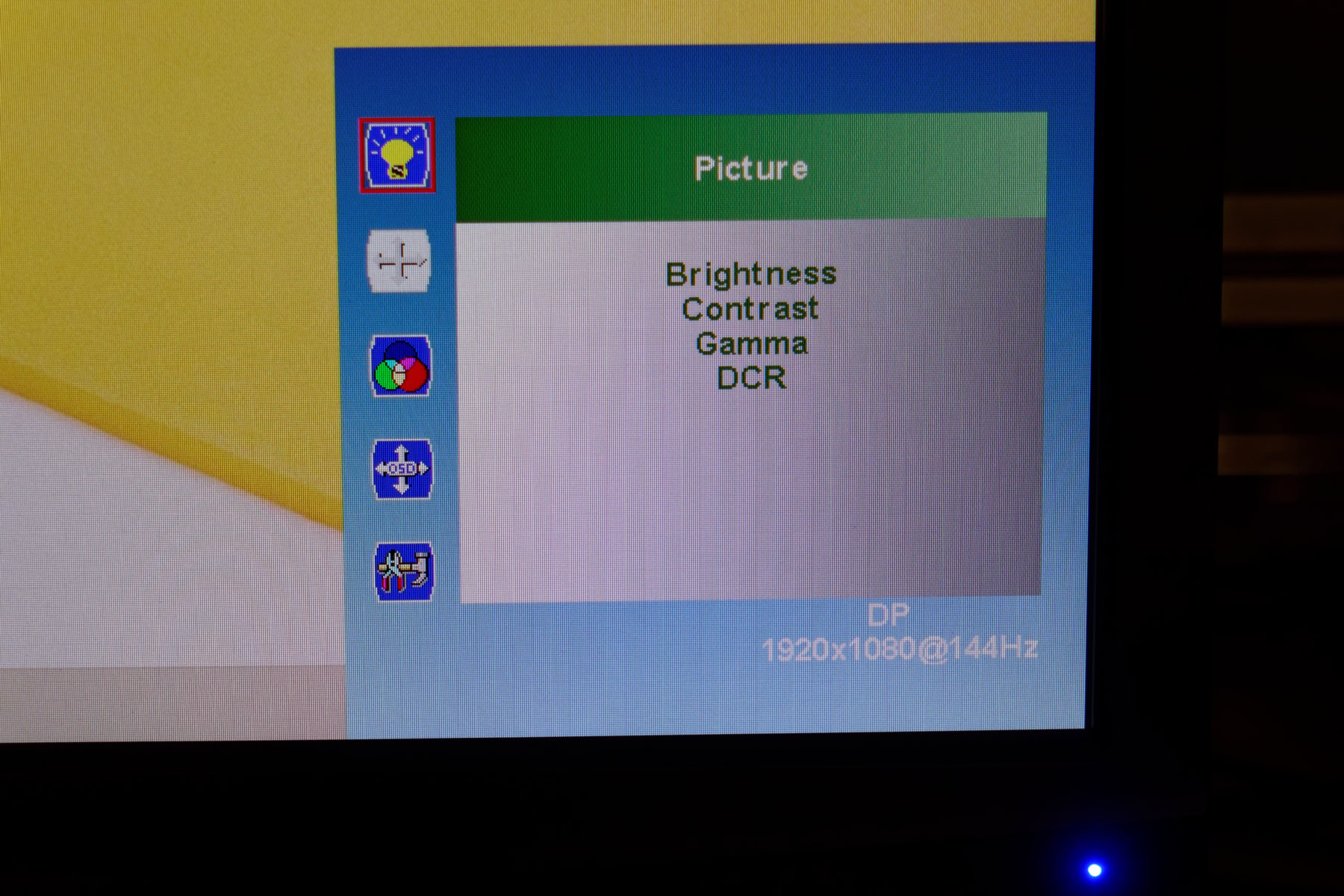 The OSD is well laid out and simple in its function. There are a few bonus features added, such as the Dynamic Contrast Ratio seen above, but these features tend to be less than ideal for gamers looking for ‘correct’ color reproduction. There is also a ‘Gamma’ adjustment that we will dive into later in this review, but for now, the thing we wanted to see first: 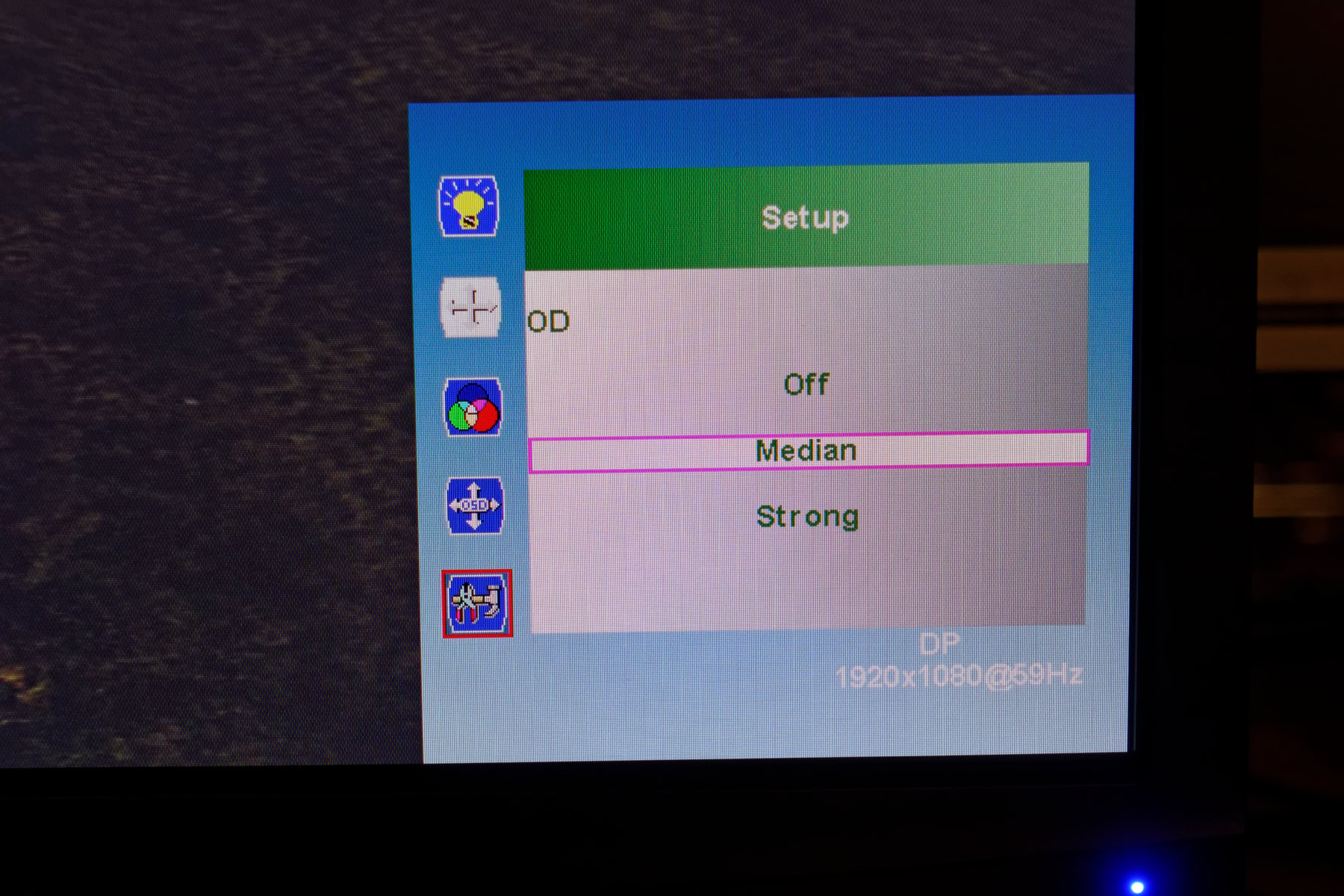 The NX-VUE24 does have an overdrive adjustment present in its OSD, and I am happy to report that it does function. Here are some samples: 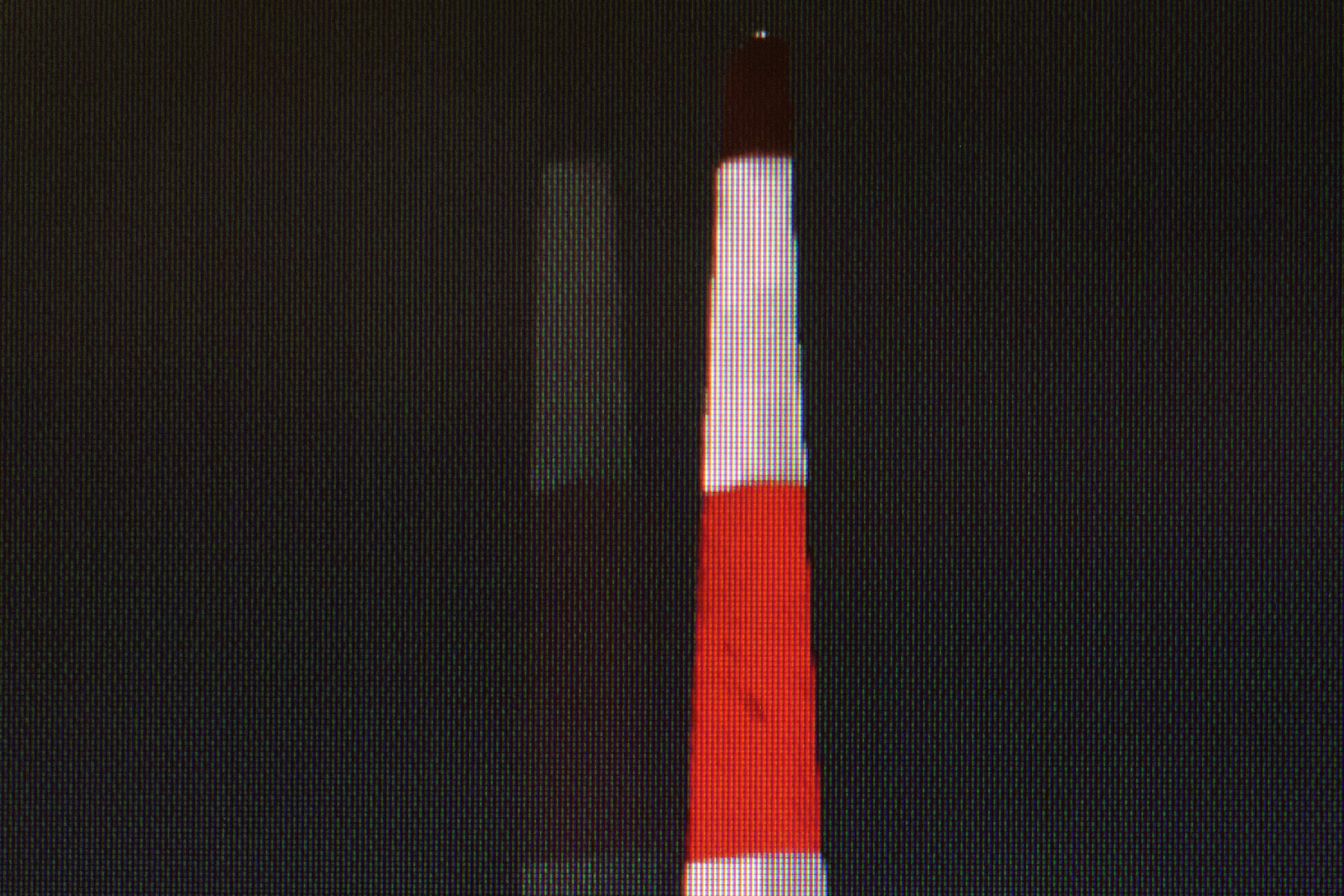 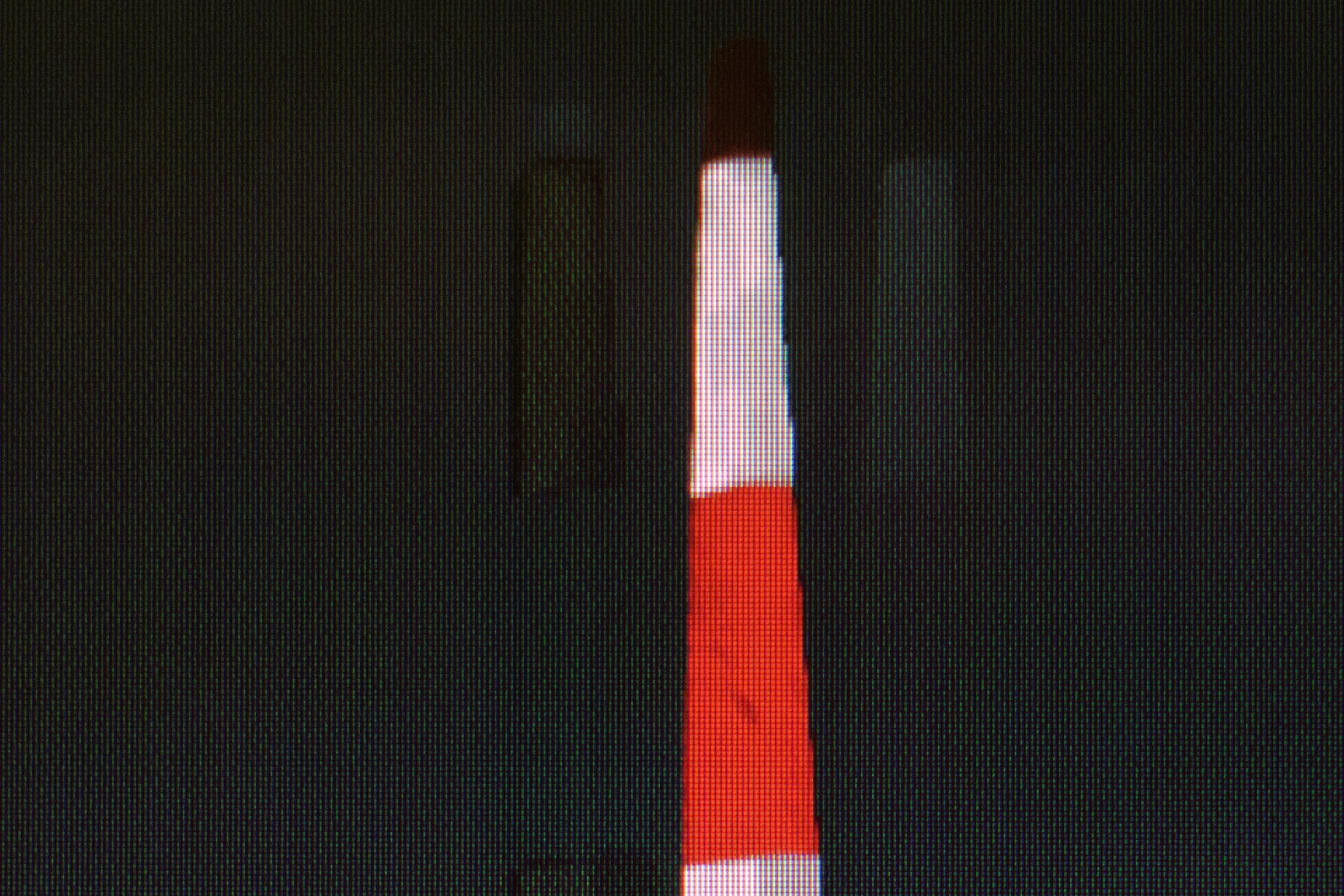 Note that in the above image we caught the display *during a scan*, which is why you can see just a bit of the next frame being drawn to the right. We did note slight negative ghosting when using the AMD Windmill Demo, but that level of ghosting was consistent at different FPS, meaning that Nixeus appears to have done some level of compensation for varying refresh rates. Setting overdrive to ‘Strong’ simply made that negative ghost stronger, so I would recommend sticking with the default ‘Median’ and being happy that you won’t have to send this display back to the manufacturer to get properly functioning overdrive. This is the best overdrive we have seen on a TN FreeSync panel to date, but it is still not as perfectly tuned as we have seen from G-Sync displays.

This must be down to Nixeus' choice in panels for this display, but this was the first TN panel we have reviewed to not have the odd 'rainbow' effect when overdriving is coupled with rapidly moving objects. See 'Overdrive sub-pixel dot inversion banding' from one of my previous reviews for more detail, but I will say that even the ASUS ROG Swift had this issue, so I'm thrilled to see a very fast responding TN panel finally released without this issue. 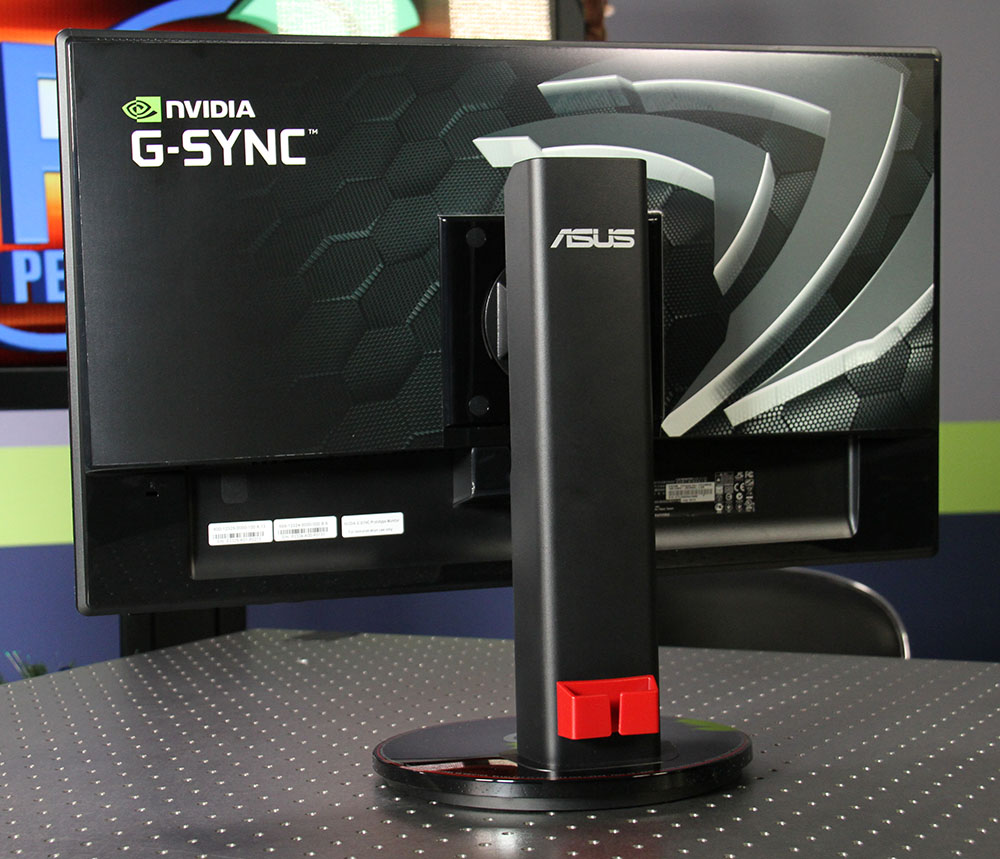 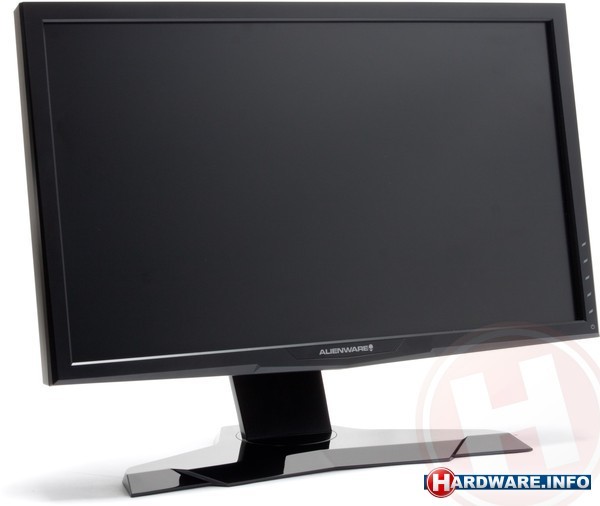 Rounding up screens for judgment 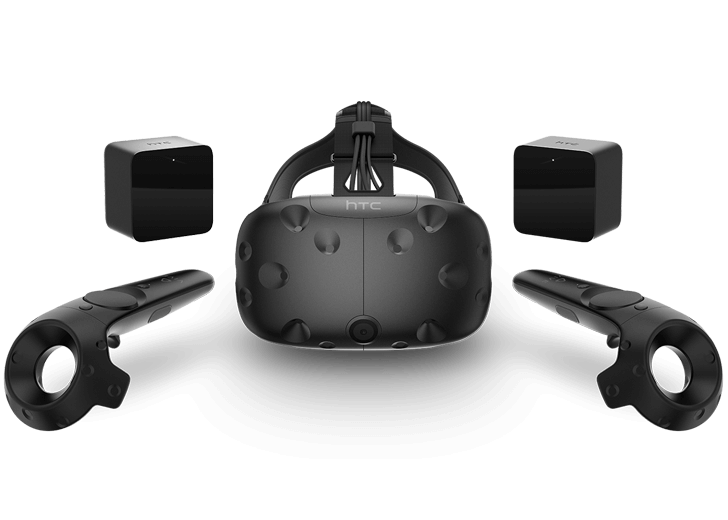