Now that we have taken a look at our gaming tests using our Frame Rating metrics and testing methods, we are including a set of tests from more standard benchmarks like 3DMark and Unigine Heaven. 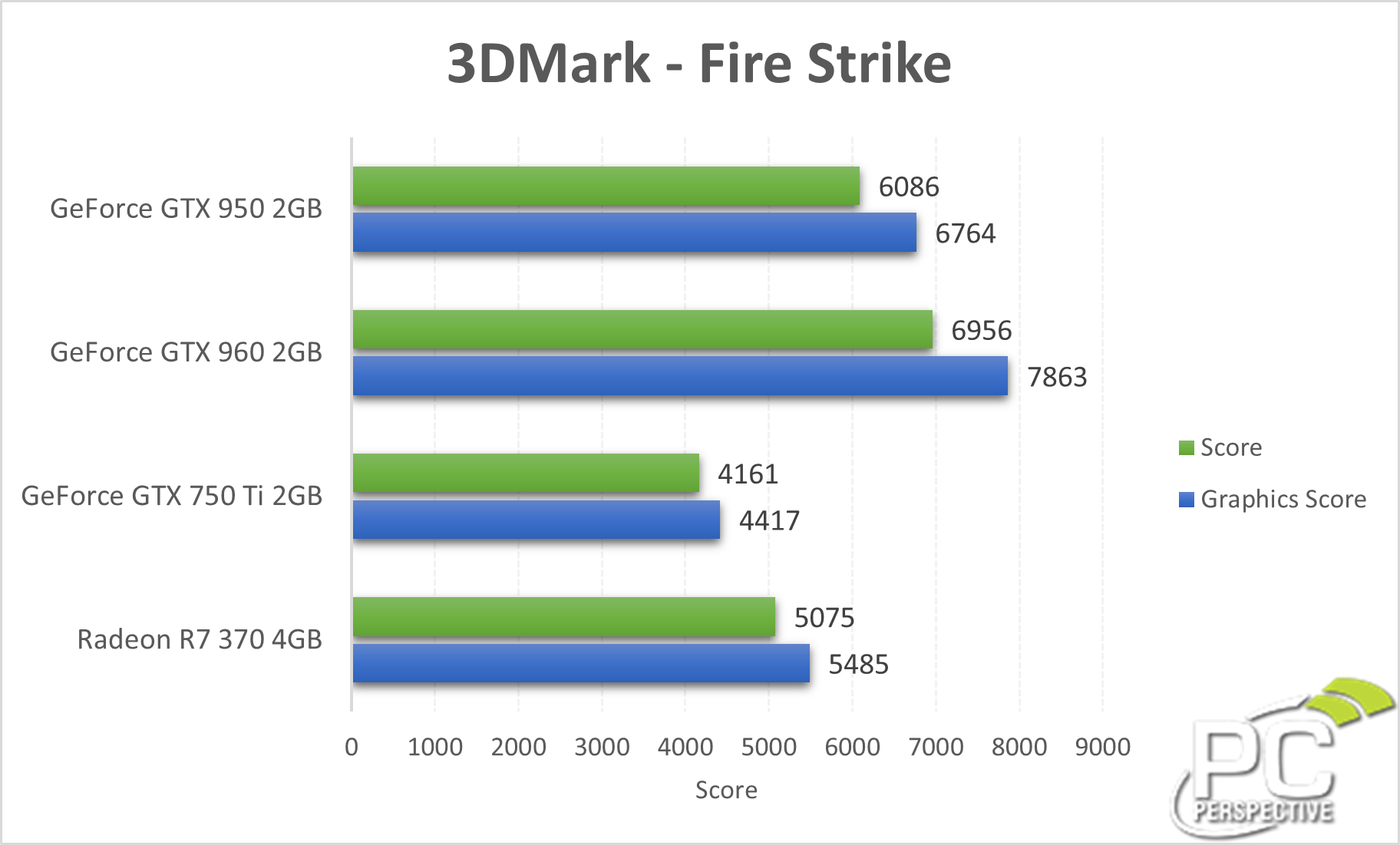 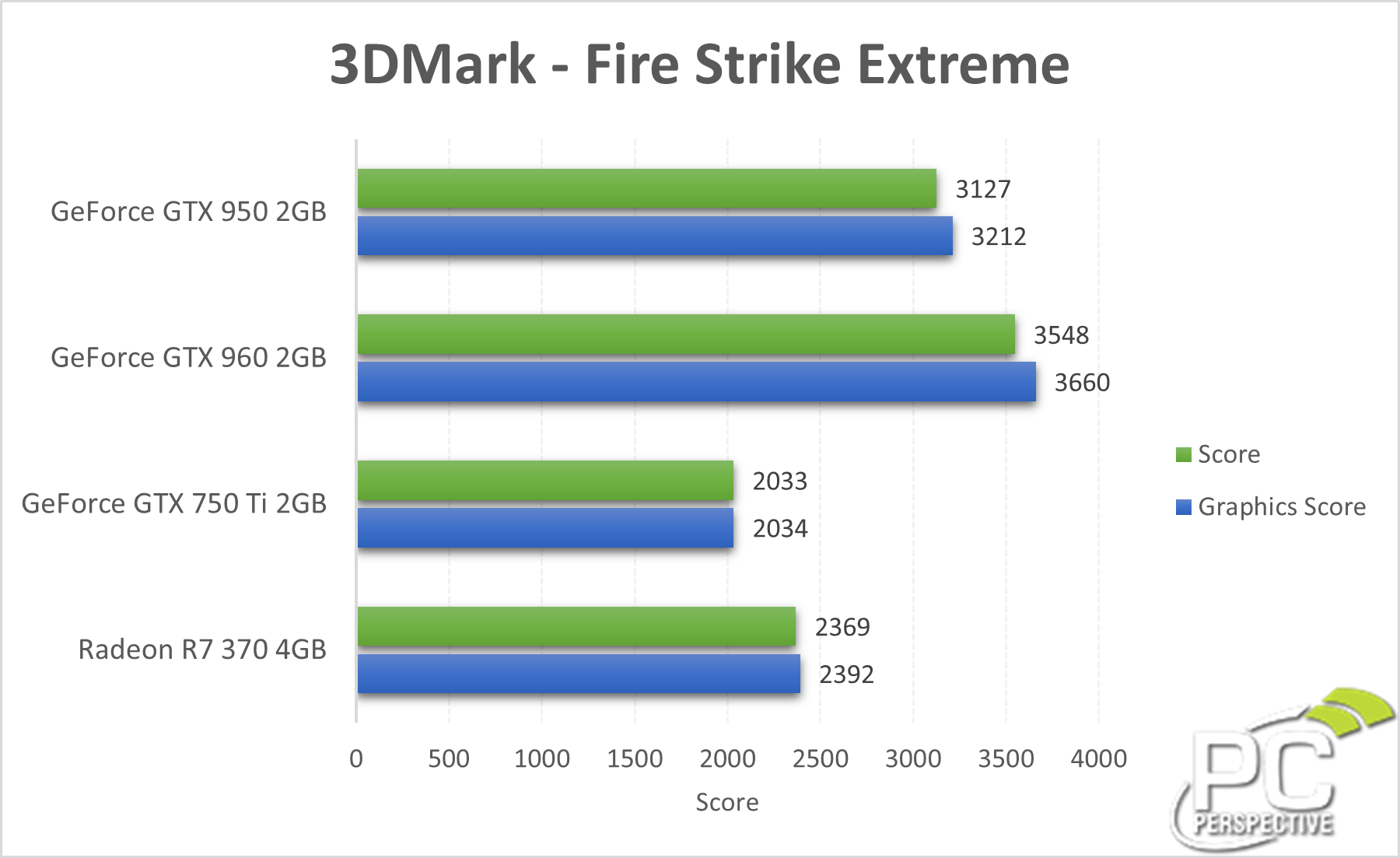 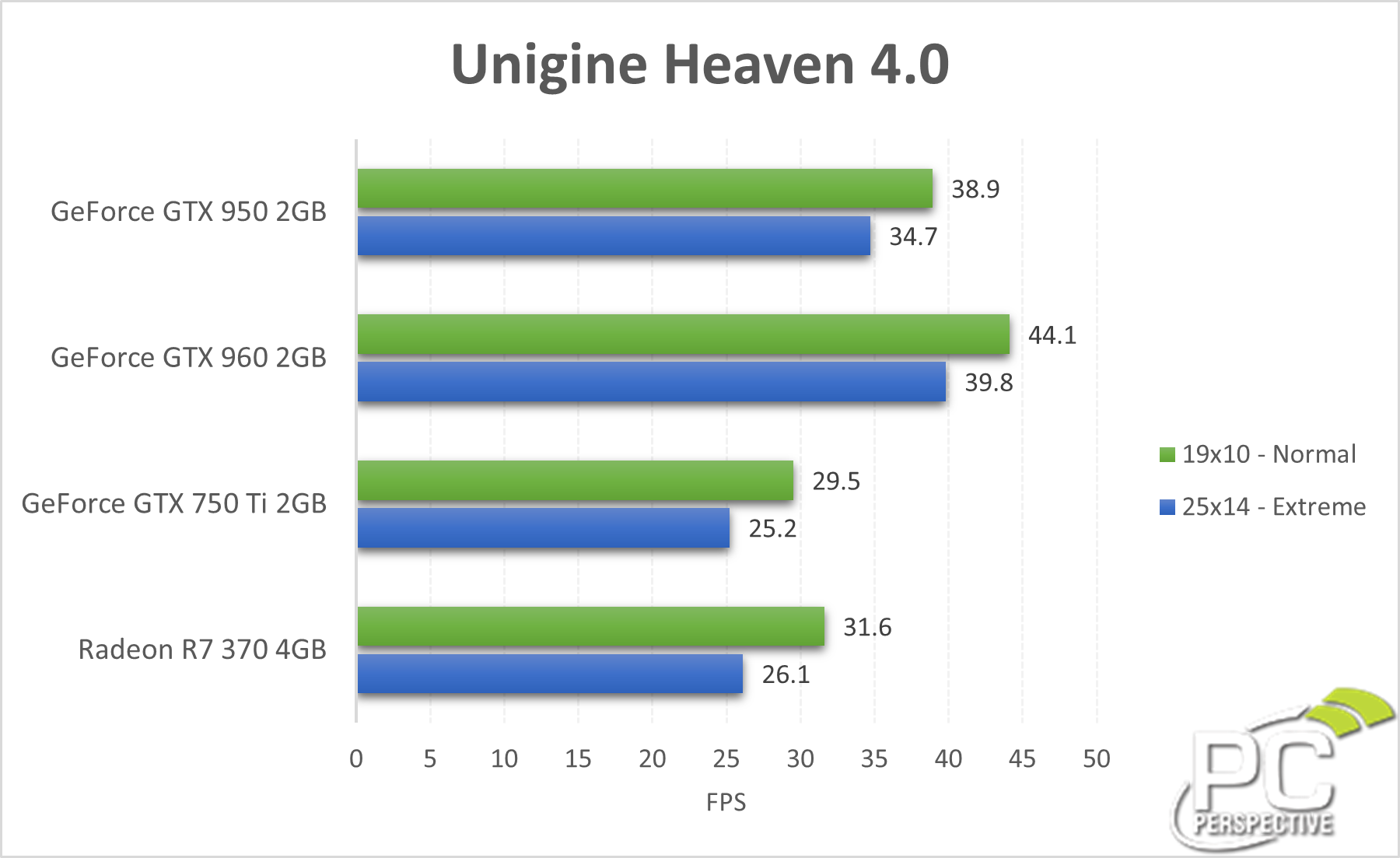 As much as any other results in our quick review today, the 3DMark scores show us how close in performance the GTX 960 and GTX 950 can be as well as how much more distant the other two card combined performance looks. Even though the GTX 960 is faster than the GTX 950 by about 14%, that pales in comparison to the 34% gap that exists between the R7 370 and the GTX 950, in NVIDIA’s favor.  Clearly there are some performance per dollar concerns for AMD with its 300-series of products.