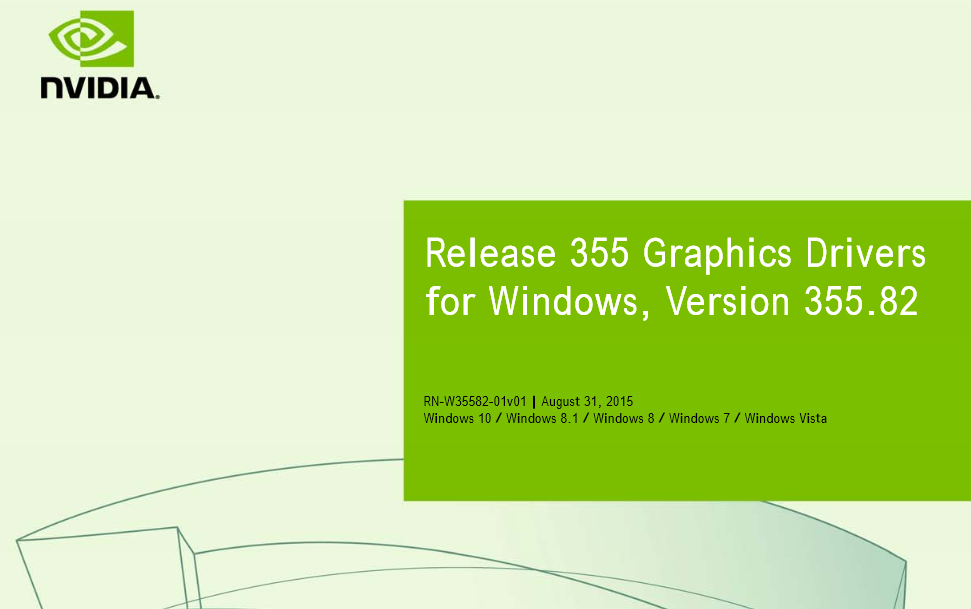 Unlike last week's 355.80 Hotfix, today's driver is fully certified by both NVIDIA and Microsoft (WHQL). According to users on GeForce Forums, this driver includes the hotfix changes, although I am still seeing a few users complain about memory issues under SLI. The general consensus seems to be that a number of bugs were fixed, and that driver quality is steadily increasing. This is also a “Game Ready” driver for Mad Max and Metal Gear Solid V: The Phantom Pain.

NVIDIA's GeForce Game Ready 355.82 WHQL Mad Max and Metal Gear Solid V: The Phantom Pain drivers (inhale, exhale, inhale) are now available for download at their website. Note that Windows 10 drivers are separate from Windows 7 and Windows 8.x ones, so be sure to not take shortcuts when filling out the “select your driver” form. That, or just use GeForce Experience.