Overclocking Skylake – Gone is the FIVR

With a new architecture comes changes to the overclocking capability and process for an Intel processor. For Skylake, there are some definite improvements in overclocking though the general process of overclocking reamins mostly unchanged for consumers. Let's see what Intel detailed to us in its press presentation. 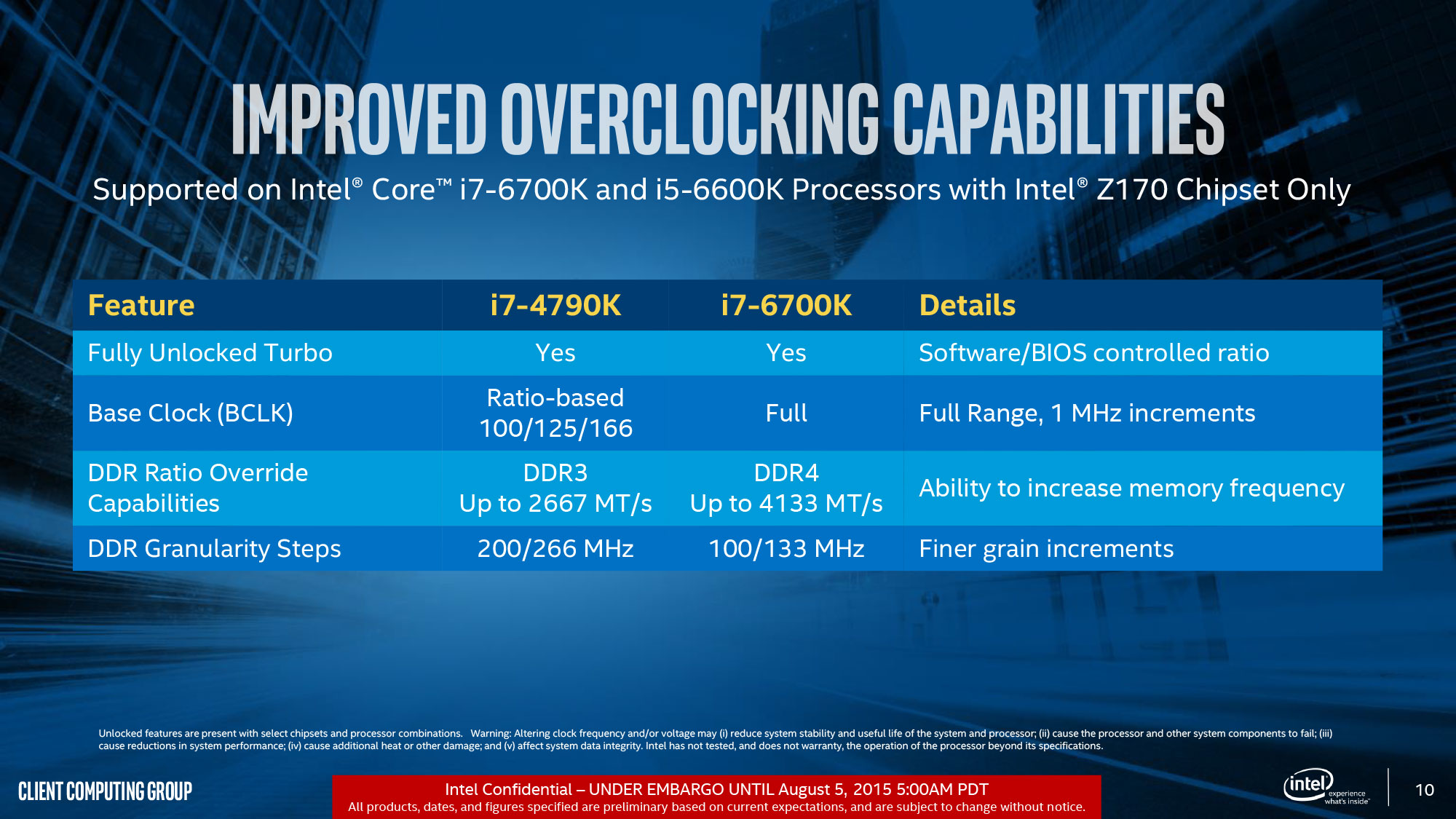 Compared to the Devil's Canyon Core i7-4790K, the Core i7-6700K is fully unlocked on the multipliers allowing for UEFI and software control of settings. But the adjustment to the base clock changes somewhat: rather than using "straps" that jump from 100 MHz to 125 MHz to 166 MHz with minor single steps around those levels, Skylake supports full range base clock adjustments in 1 MHz increments. That's great news but honestly…unless you are trying to get every last single clock in your endeavor, using just the multiplier adjustment is going to be enough for most enthusiasts.

The DDR memory implementation is improved as well, lowering the granularity of steps from 200/266 MHz to 100/133 MHz, giving users more ability to fine tune to the maximum frequency the system is capable of. And with memory ratio overrides on DDR4 memory, you could reach as high as 4133 MHz if you can find the DRAM to do it!

One thing that Intel isn't really discussing openly yet is the removal of the FIVR, Fully Integrated Voltage Regulator. This was introduced in Haswell and modified in Broadwell but its out the door for Skylake. This doesn't mean much for enthusiasts and overclocking other than more will depend in the motherboard design for Z170 than it did for Z87/Z97.

Using these new tools and the ASUS Z170-Deluxe motherboard, I set out to see how high I could push our first Core i7-6700K sample. Based on my discussions with ASUS, who sees more than its fair share of Skylake processors prior to launch, there are some rules for this first stepping of Skylake that are mostly universal and make for an easier start with overclocking.

How do my testing go? 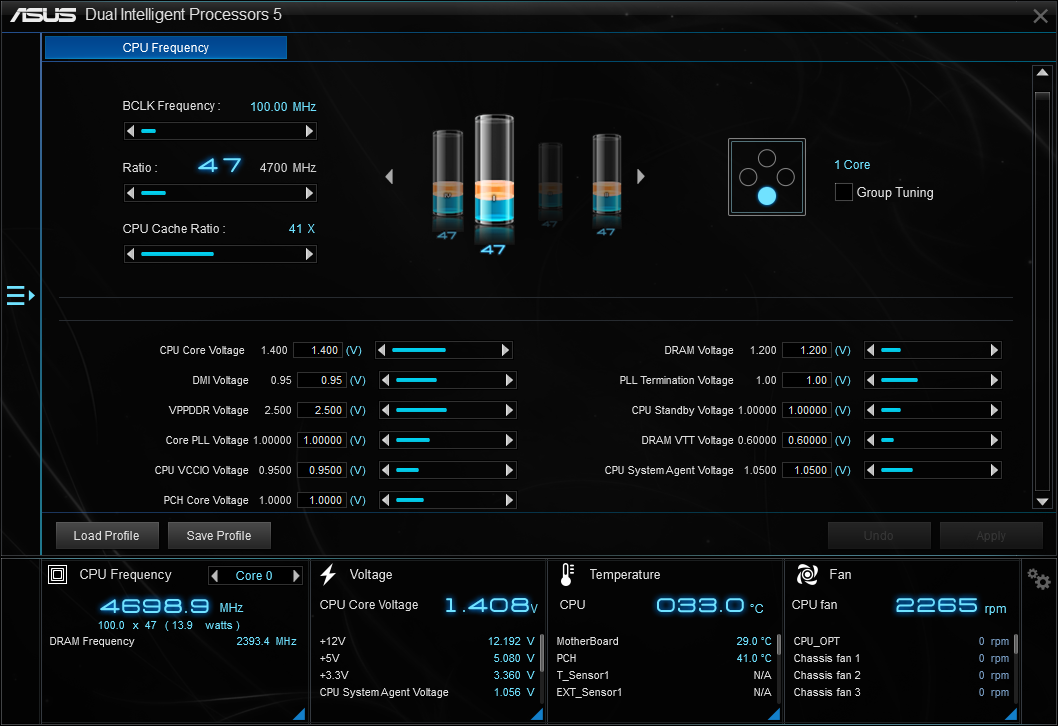 My Core i7-6700K sample was able to hit 4.7 GHz completely stable, with a Vcore of just over 1.4v. Try as I might, with a Corsair H110i GTX cooler at the ready, getting to 4.8 GHz and maintaining temperatures under 90C was nearly impossible for me. I have heard reports of some users getting 5.0 GHz in a "conditionally stable" state, where MOST applications run without issue, but that seems to be the outliers. At these settings my temperatures were stable at 85C and power consumption jumped up by just 23 watts.

Though I don't have much detail on it yet, Intel did announce that it would be delivering an unlocked K-SKU of the 6th Generation Intel Core processor family for enthusiast notebooks. 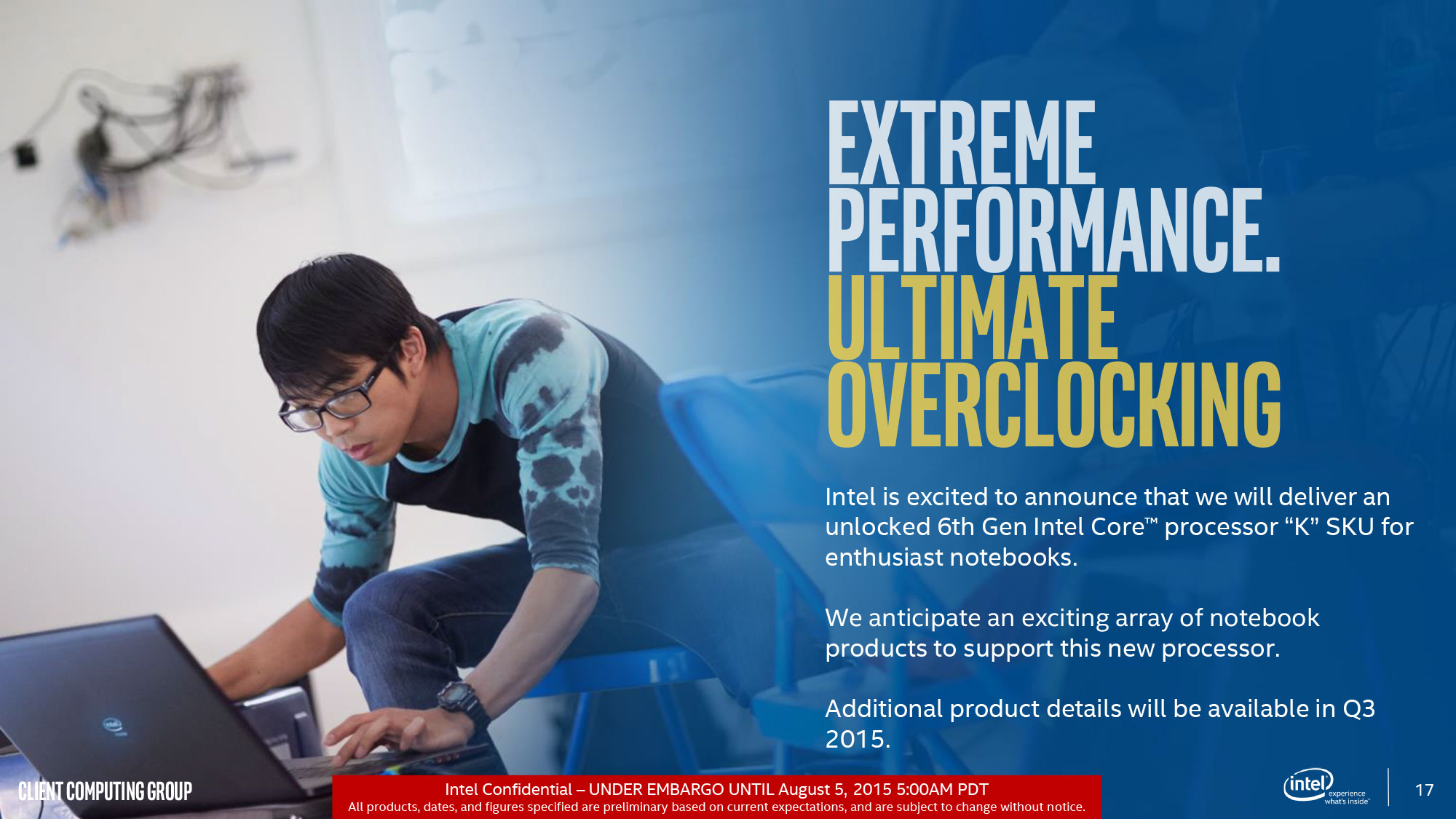 This will not be coming until Q3 of this year, but hopefully we'll see some demonstrations at IDF next week. 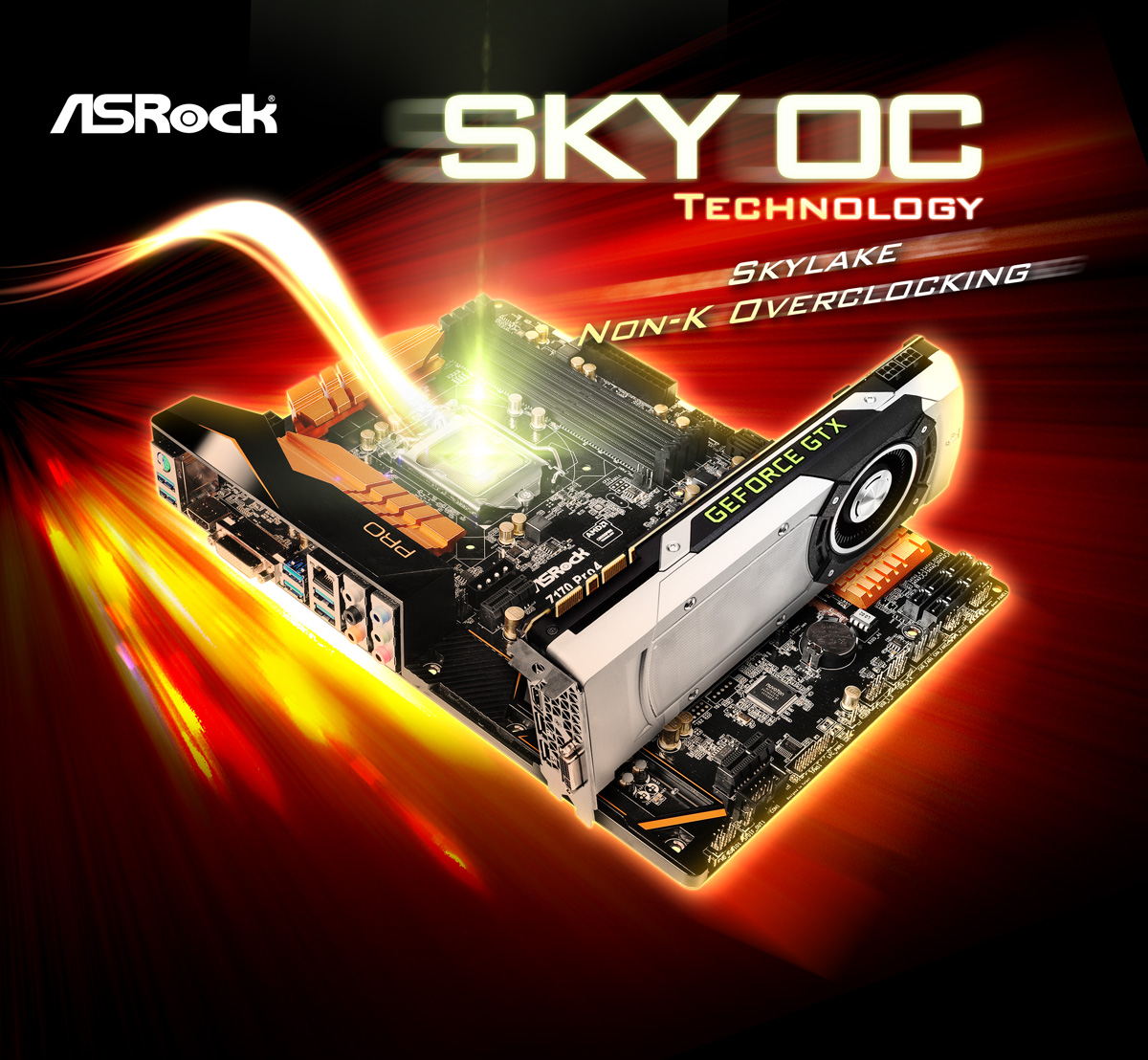