Even though we don't know the execution unit count, or any other architectural shifts about the Intel HD 530 graphics that is new on Skylake, we CAN test performance. Our integrated graphics testing will compare Skylake, Broadwell (with the Iris Pro 6200 and its eDRAM), Haswell and AMD's Kaveri architectures.

First up we'll run through the 3DMark Cloud Gate and Fire Strike tests and then jump into a few games as well. 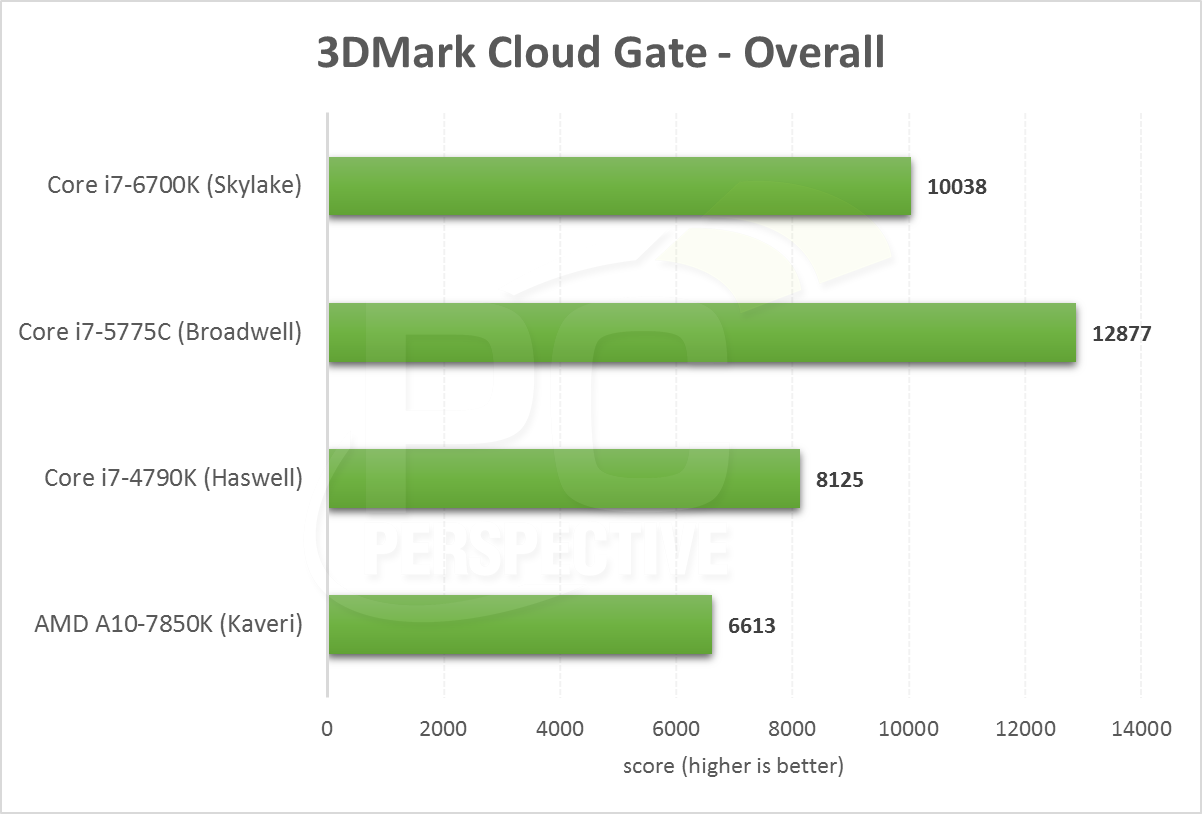 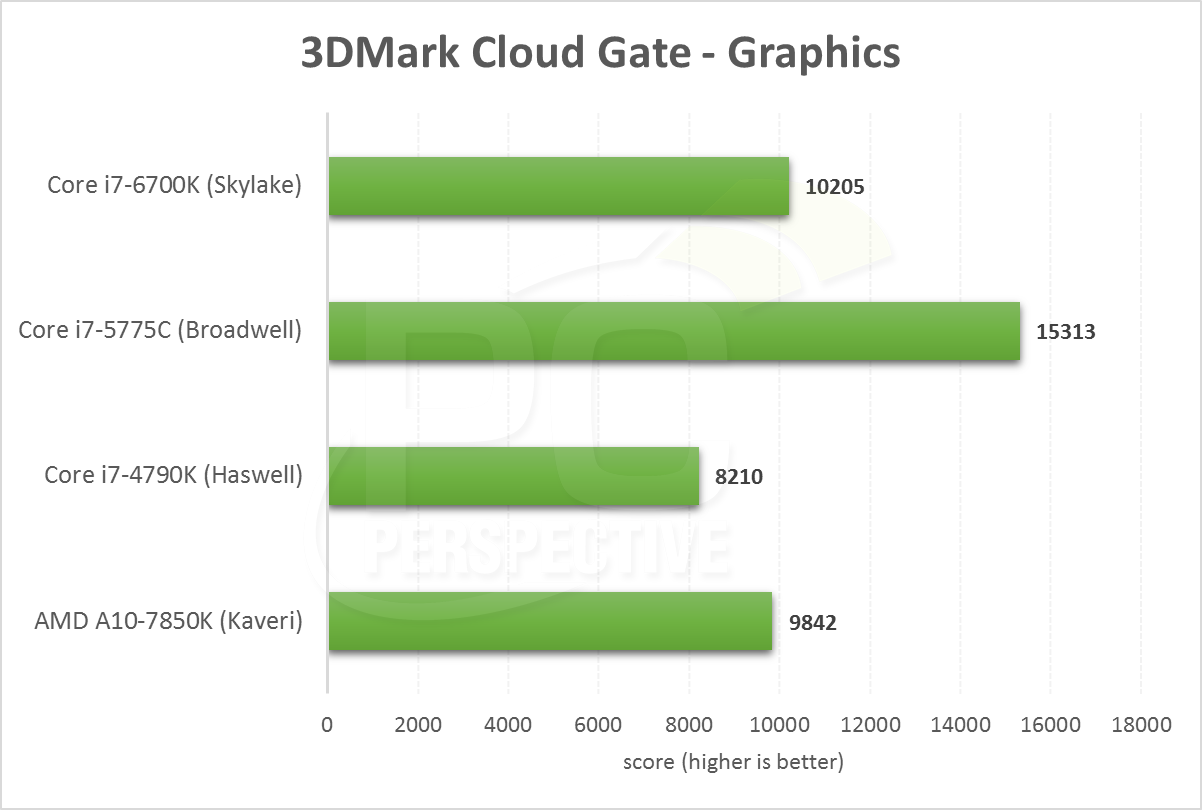 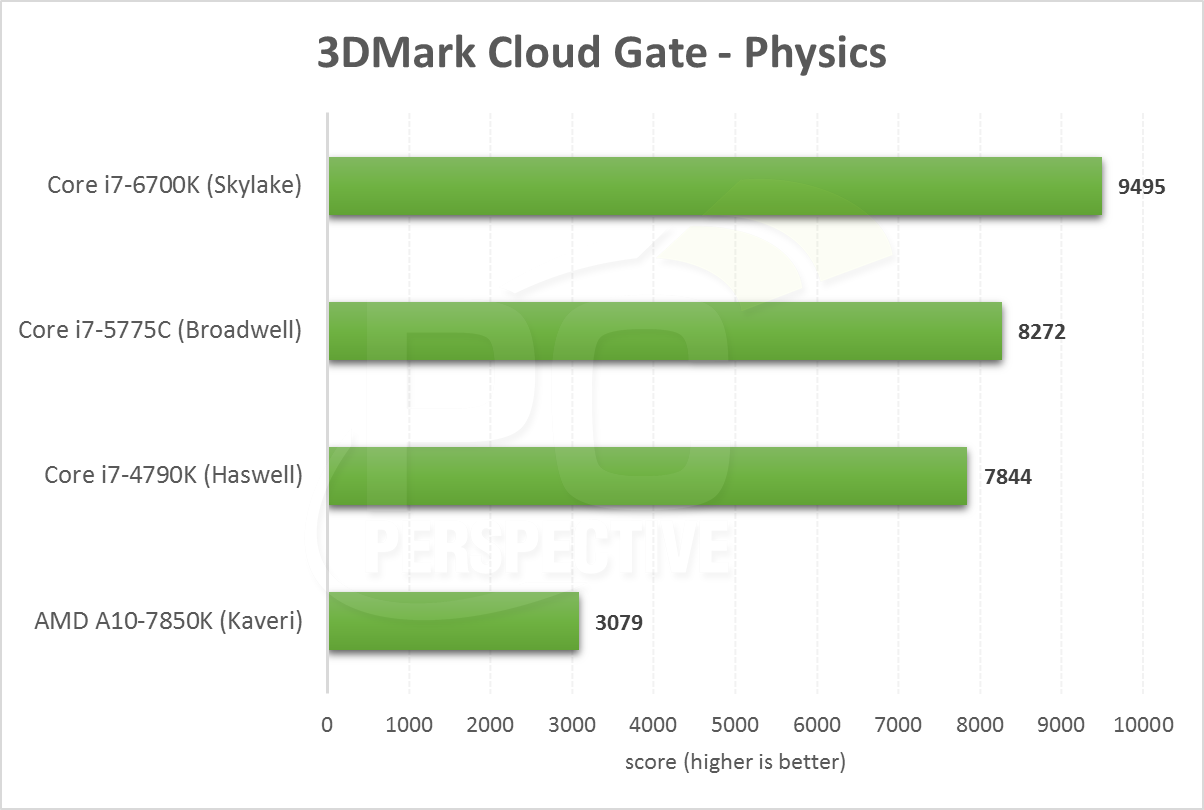 The Core i7-6700K is about 25% faster in our graphics results than Haswell, and it is able to bypass the AMD Kaveri APU as well by a small (3%) margin. Considering the once dominant lead that AMD had on the integrated graphics front, this is a major step for Intel. Yes, of course we found that Broadwell and the Iris Pro implementation take the lead here with its 128MB of eDRAM. 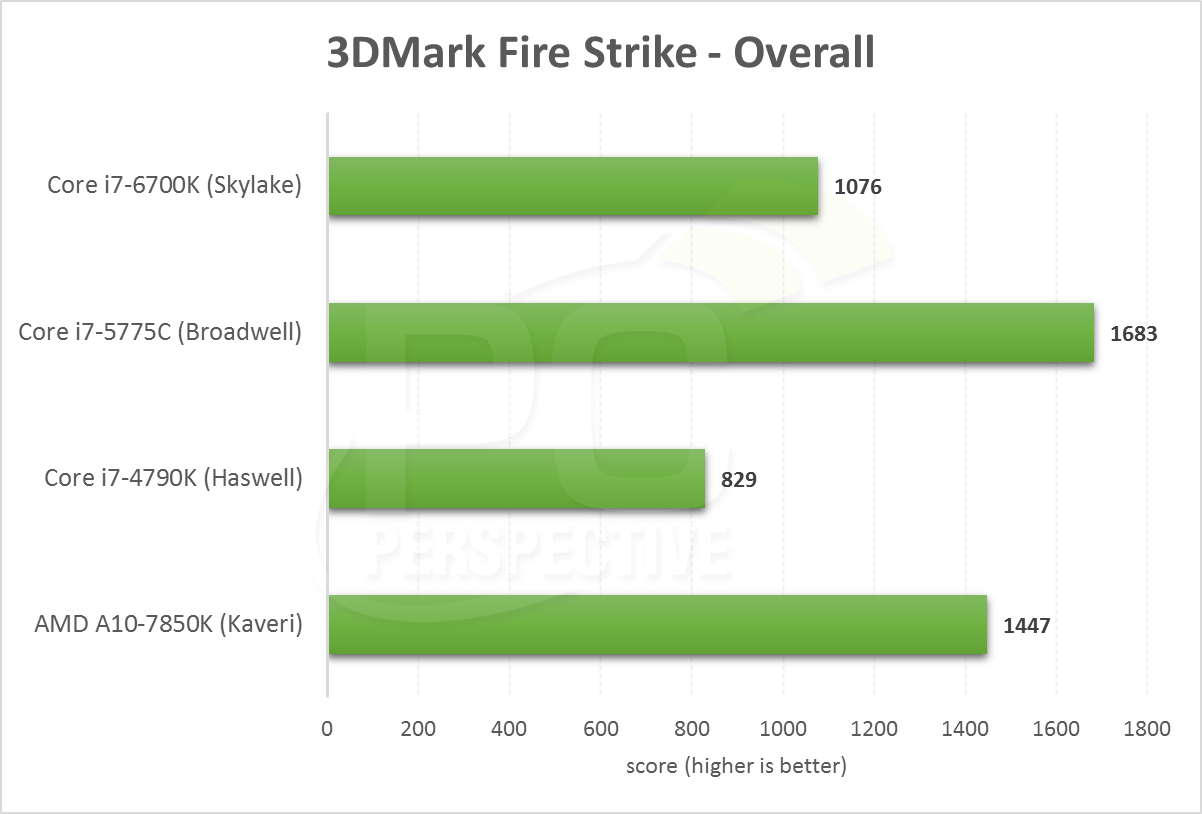 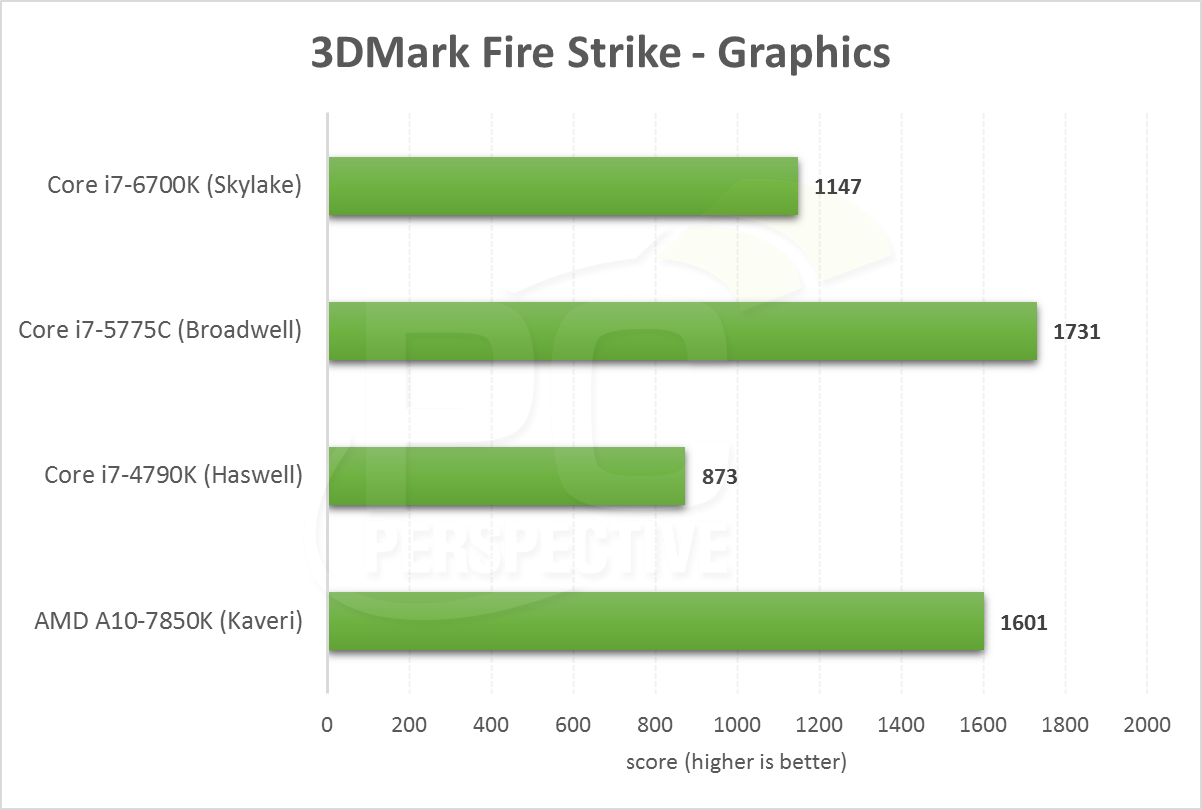 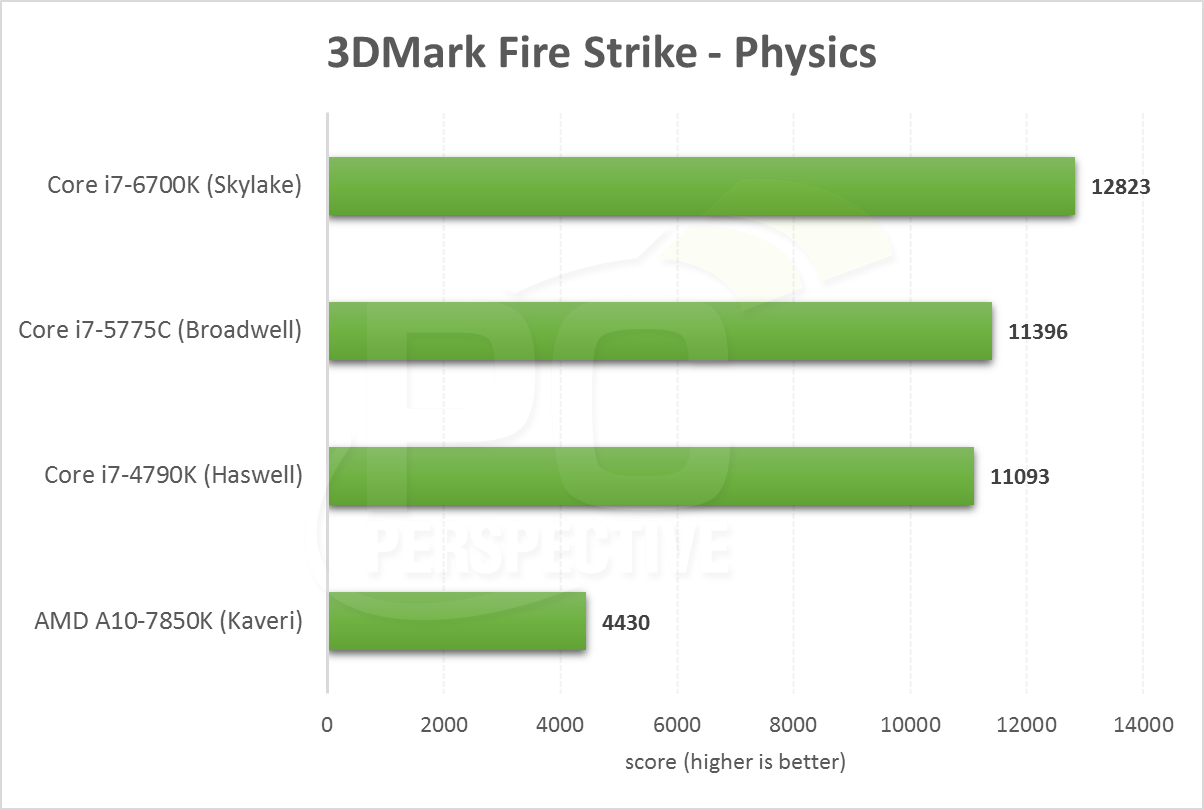 The move to the 3DMark Fire Strike test puts AMD back in the driver's seat with Kaveri over Skylake, though Broadwell is still leading by 8% or so. 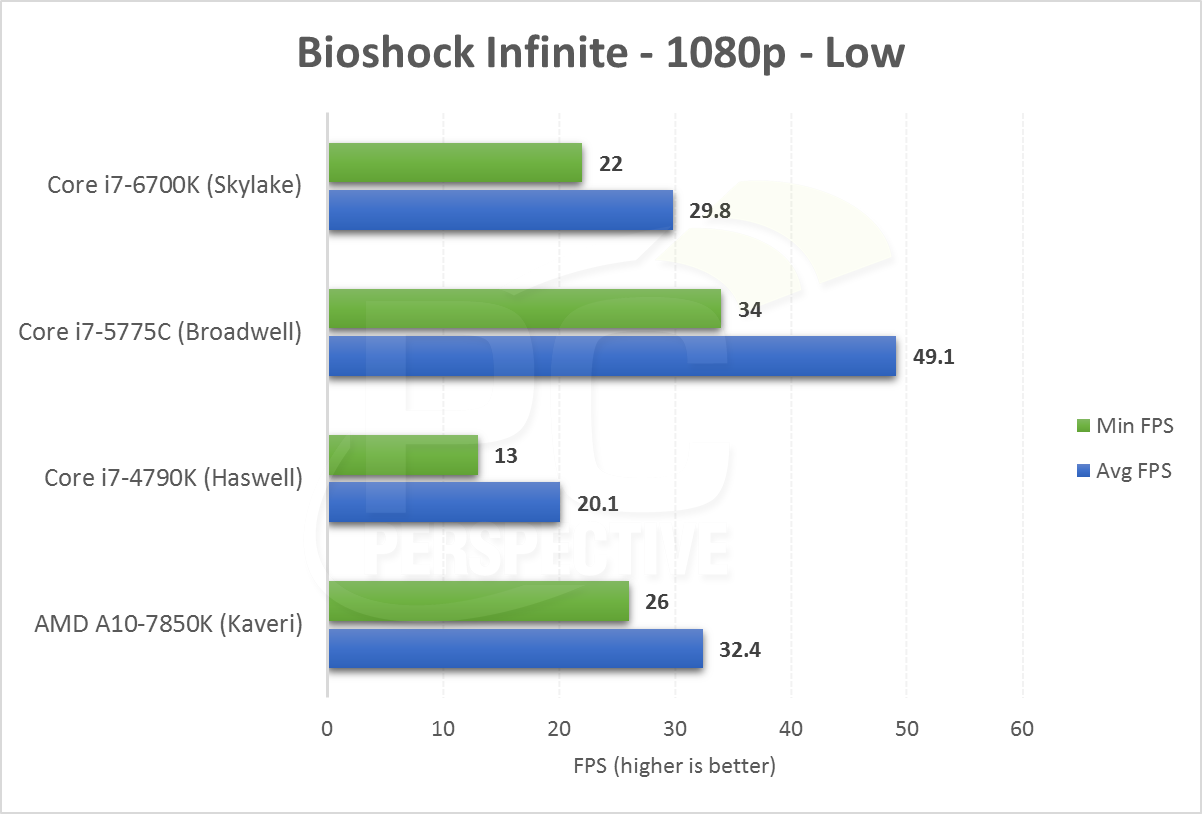 Now for some real world games. Bioshock Infinite plays at nearly 30 FPS on Skylake at 1080p, which is 48% faster than Haswell and nearly on par with Kaveri. Broadwell still dominates here with an average frame rate of 49.1, which is 64% higher than our first Skylake sample. 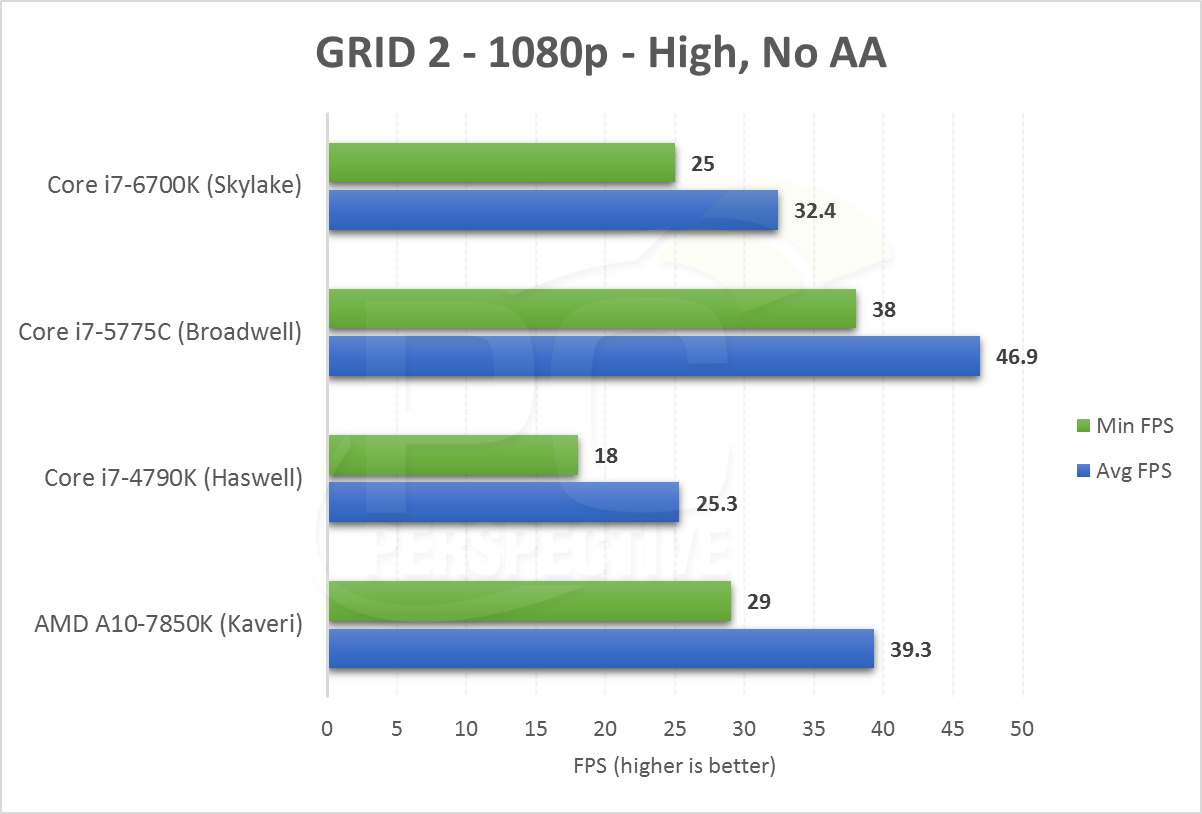 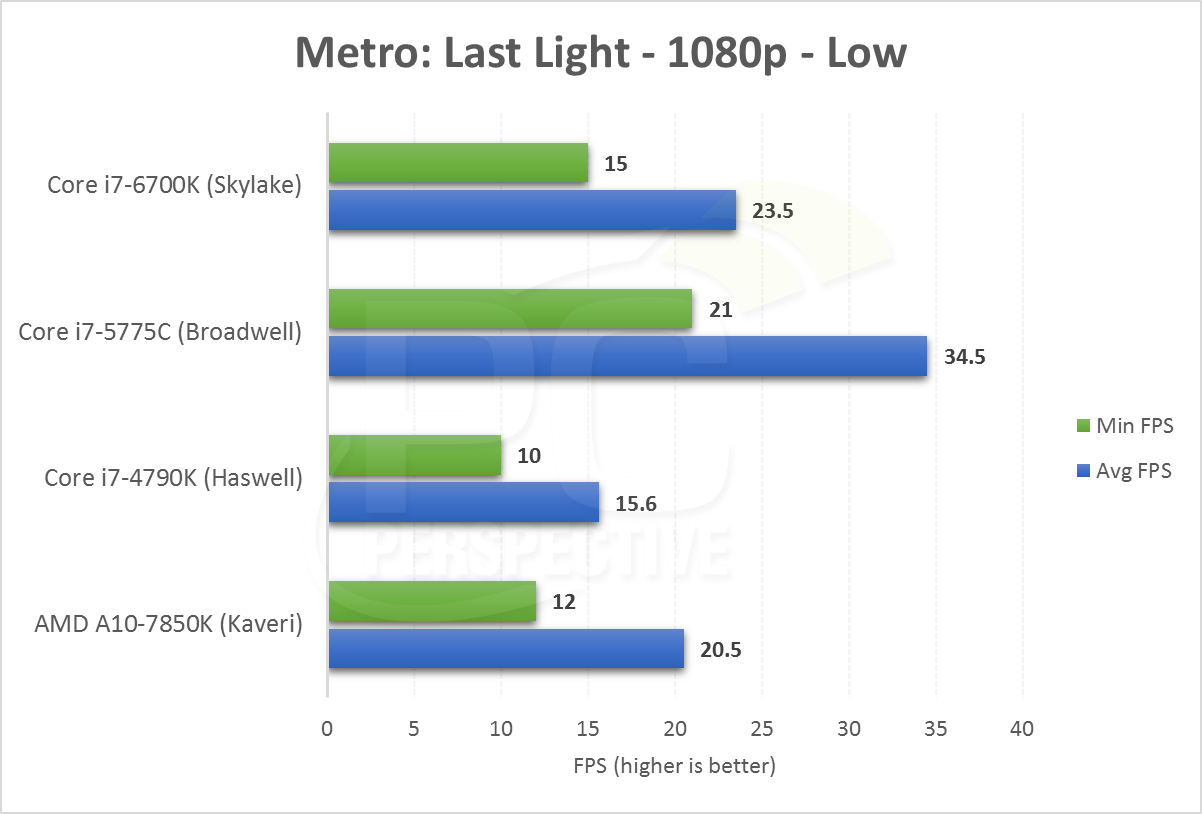 Our last game test, Metro: Last Light, is another win for Skylake, besting Haswell by more than 50% and 14% faster than the AMD Kaveri-based APU. Yes, the Core i7-5775C with Broadwell is still the outright winner, but consider the 6700K's lack of eDRAM, this is a solid result for Intel's new architecture.

I fully expect that we will see C-based SKUs for Intel's Skylake processors sometime this year, enabling another level of IGP performance improvement over even what Broadwell and Iris Pro 6200 offer today. For the Core i7-6700K, these IGP results will mean very little in terms of sales: very few users are picking up this CPU to install in a PC without a discrete graphics card in tow.

For those of you interested in how the Core i7-6700K Skylake processor performs with a discrete GPU in tow, and if SLI/multi-GPU scaling is improved in anyway, be sure to check out my other launch story that focuses on that angle.