The folks at Codemasters have slightly upgraded the GRID 2 game to GRID Autosport.  The basic engine is the same, but with some further tweaks to improve visual quality and effects.  The built-in benchmark was run at 1920×1200 and 2560×1600, both at Ultra settings. 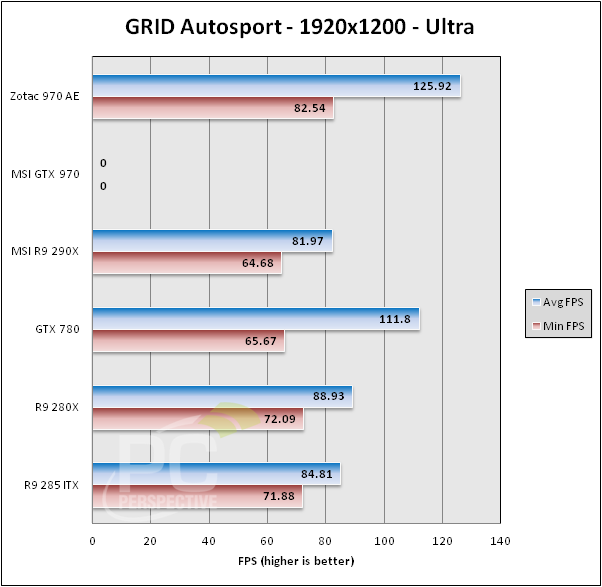 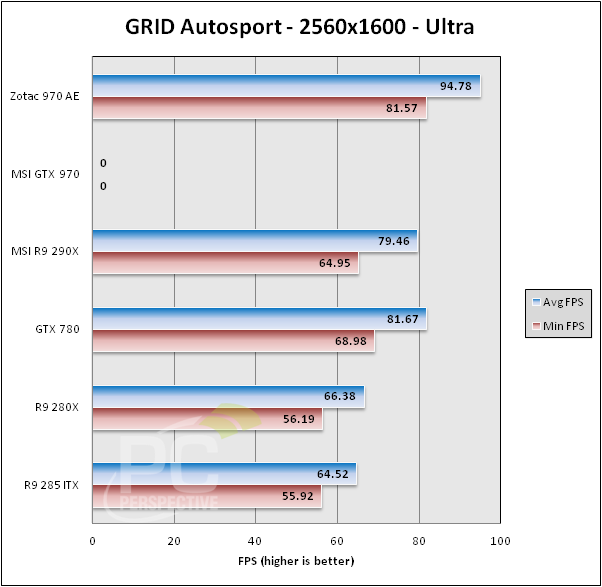 Previous Codemaster titles were Gaming Evolved games, which means that AMD helps the developers with their rendering code.  The DiRT series were especially strong there and tended to slightly favor AMD cards.  GRID Autosport had some funding and dev help from Intel, so it in theory would run better on Intel IGPs.  Whatever the outcome was, NVIDIA cards have a big advantage over AMD here.  Not sure if any driver tricks can change the outcome, as the results heavily favor the NVIDIA cards.  The MSI GTX 970 refused to run in this benchmark, no matter what I tried.  The Zotac model worked perfectly fine.  Same drivers and everything.  Strange, yet odd.