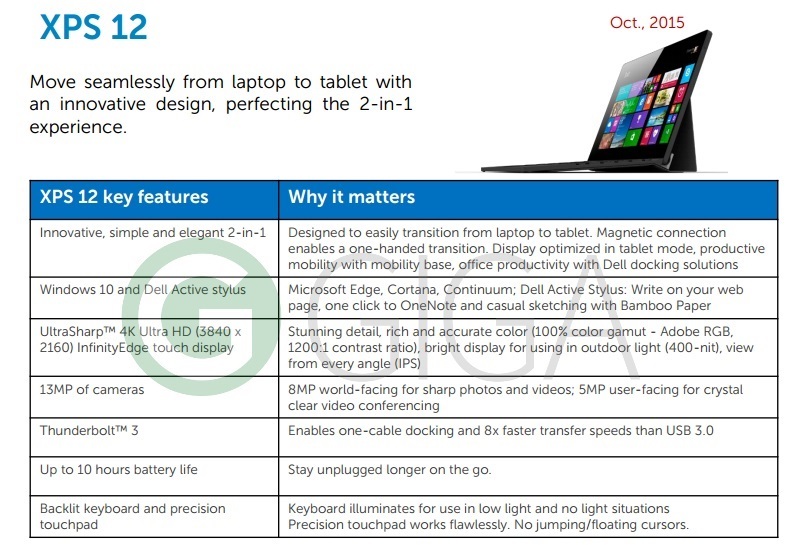 So Microsoft got a form factor right when they designed the Surface and Surface Pro tablets. The concept is basically a tablet with a kickstand that can be attached magnetically to a keyboard at the bottom. We are seeing a few OEMs do their own versions, although some question whether it is imitation or a license from Microsoft.

One such device is the Dell XPS 12, and it has some fairly interesting components according to a leak from Giga. This tablet has a 4K screen with 400 nits of brightness, which is useful for outdoor viewing. It is supposedly compatible with the Dell Active Stylus. This pen apparently has good reviews, but it takes AAAA batteries (not a typo). They might be difficult to find when you need them once every two to three months. The keyboard is backlit, but I'm not sure if it can be used as a cover.

The most interesting addition is Thunderbolt 3, though. The standard uses the USB Type-C connector and supports 40 Gbps along with several other features. We don't know what processor it will use, but Skylake seems likely even though it's not required for Thunderbolt 3. It would seem silly to have new technology paired with older processors though, unless they had a surplus of something.

The Dell XPS 12 is rumored to launch in October, but nothing official and no pricing yet. 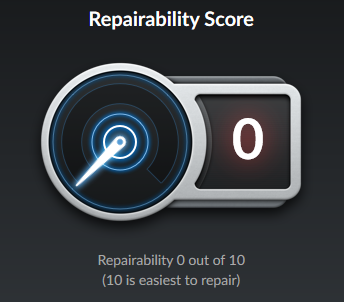