On to bigger and better things – 4K testing! 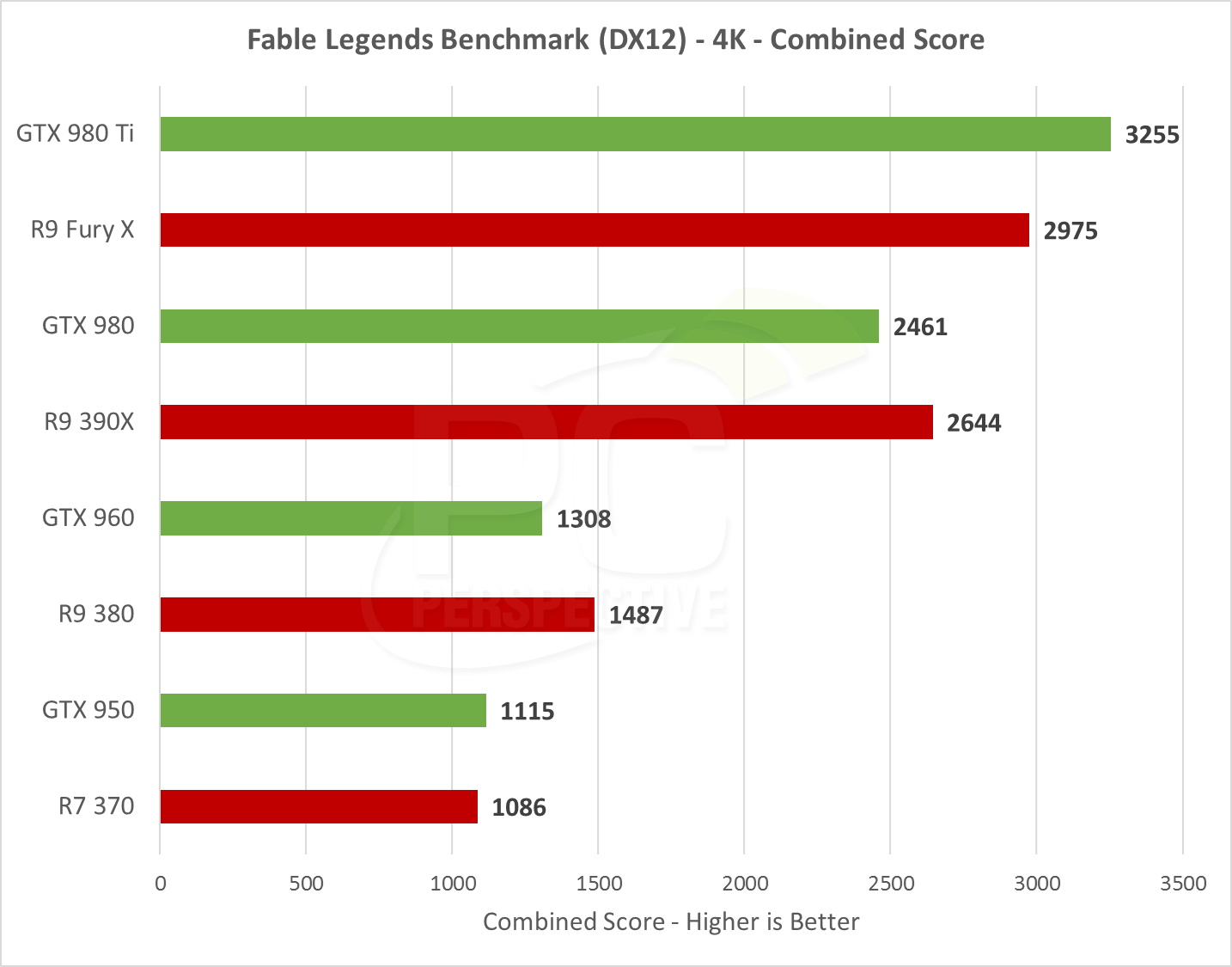 Frame rates and scores drop quite a bit as we move from 1080p to 4K resolution testing, though the order of GPU performance remains the same. The GTX 980 Ti has a 9.4% lead over the Fury X though the R9 390X is 7.4% faster than the GTX 980, essentially trading blows. 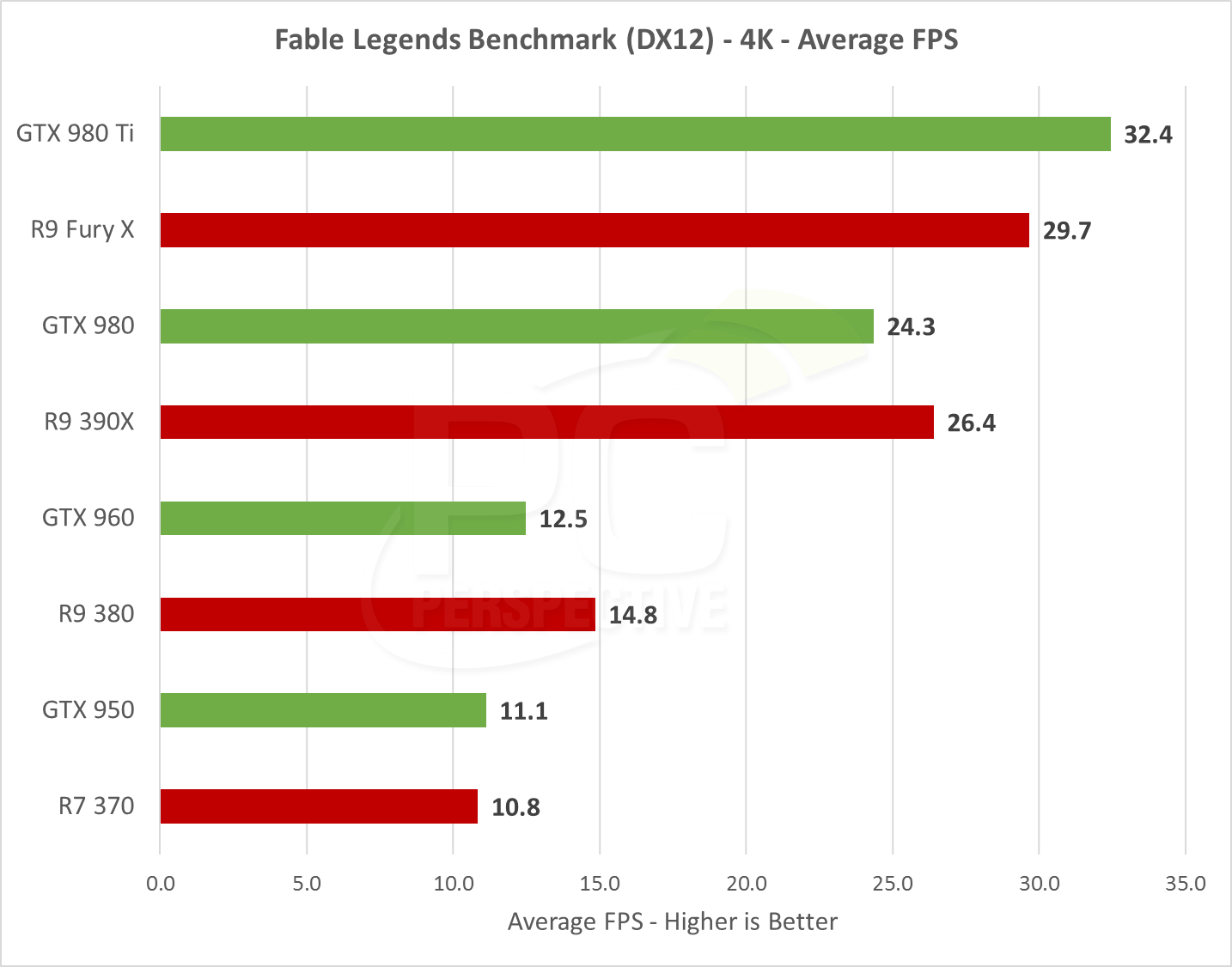 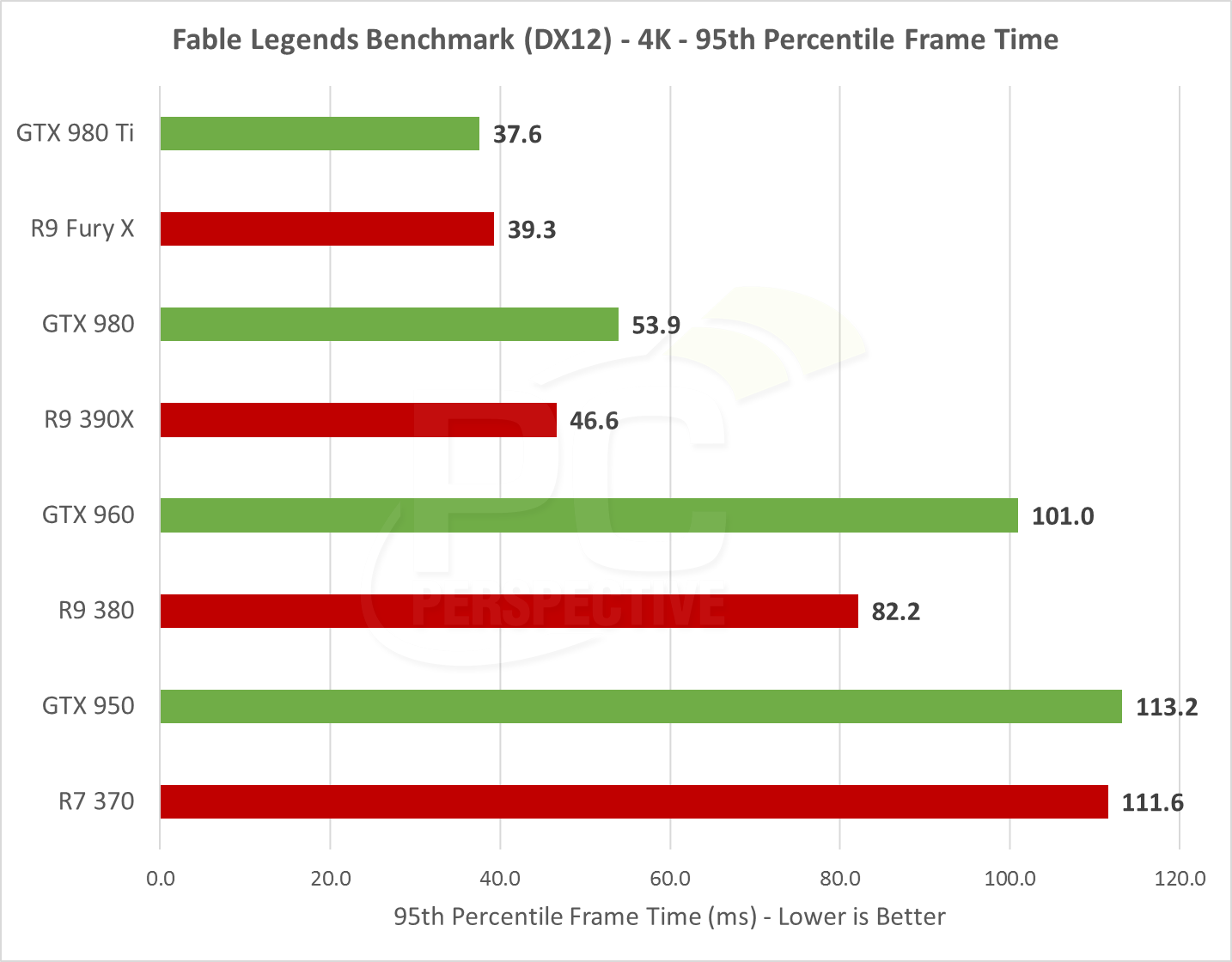 There are some definite movements here as we measure the 95th percentile frame times at 4K. First, note that the advantage of the GTX 980 Ti over the Fury is nearly gone, dropping to around 4%; this tells us that there are more SLOWER frames (compared to the average) on the GTX 980 Ti than there is on the Fury X, and that is clearly shown in the frame time graphs (static or interactive) below. 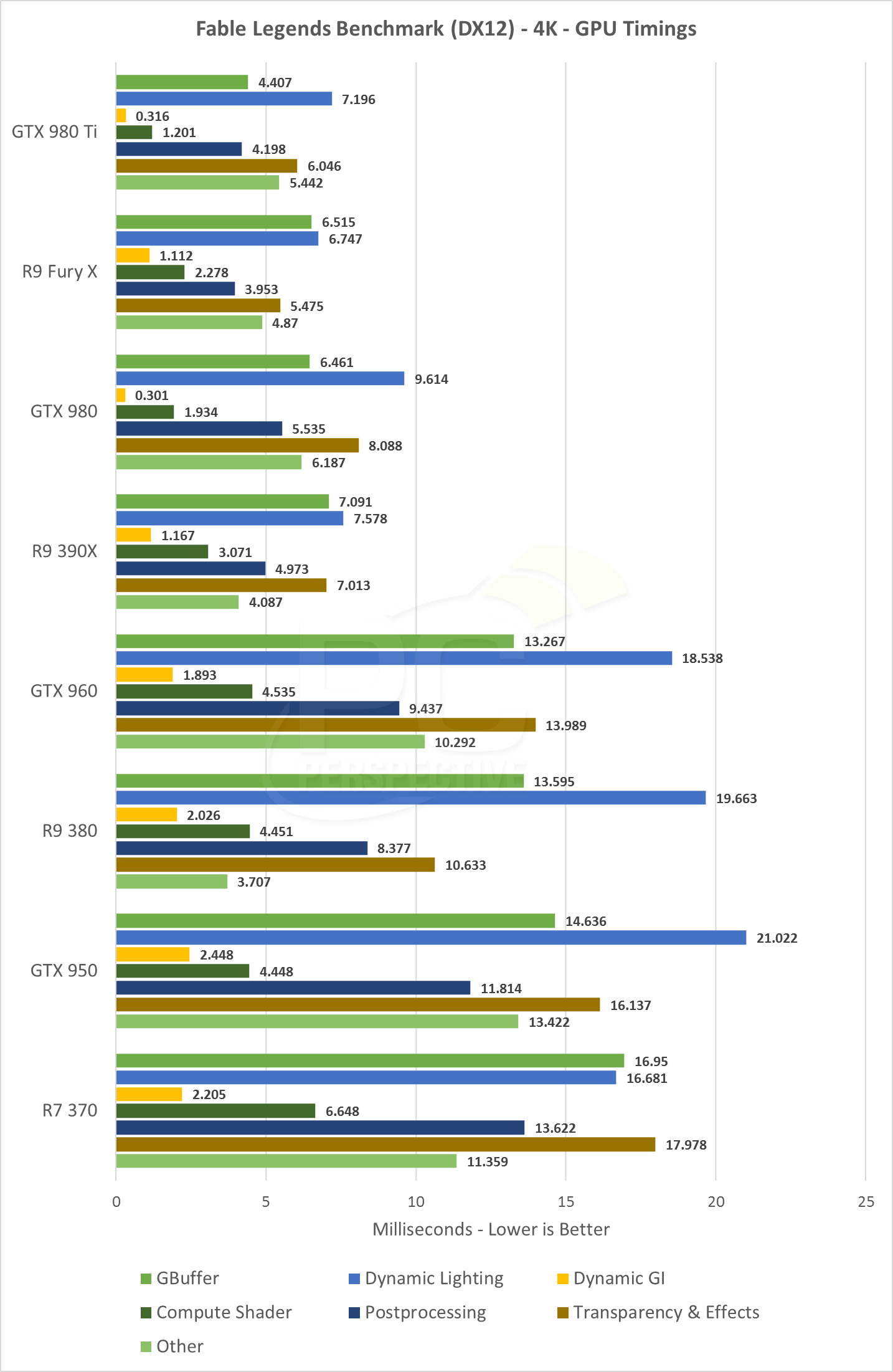 Maxwell's advantage over Fiji and Hawaii continues with Global Illumination for the GTX 980 Ti / GTX 980 results though standard lighting and transparency calculations run faster on the Radeon cards.

As we showed you on the 1080p results page, we have something different for you here. if you want the standard frame time, static graphs, simply scroll down to view the AMD vs GPU comparison as you are used to seeing them. However, if you want to try out something new, click here: 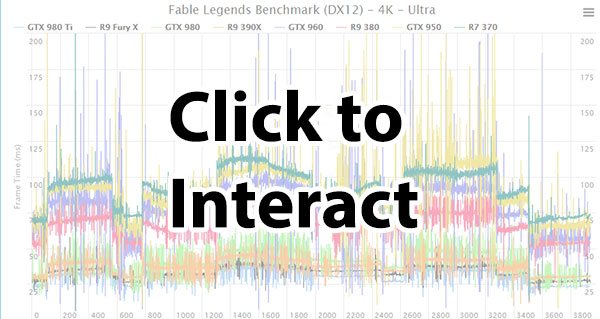 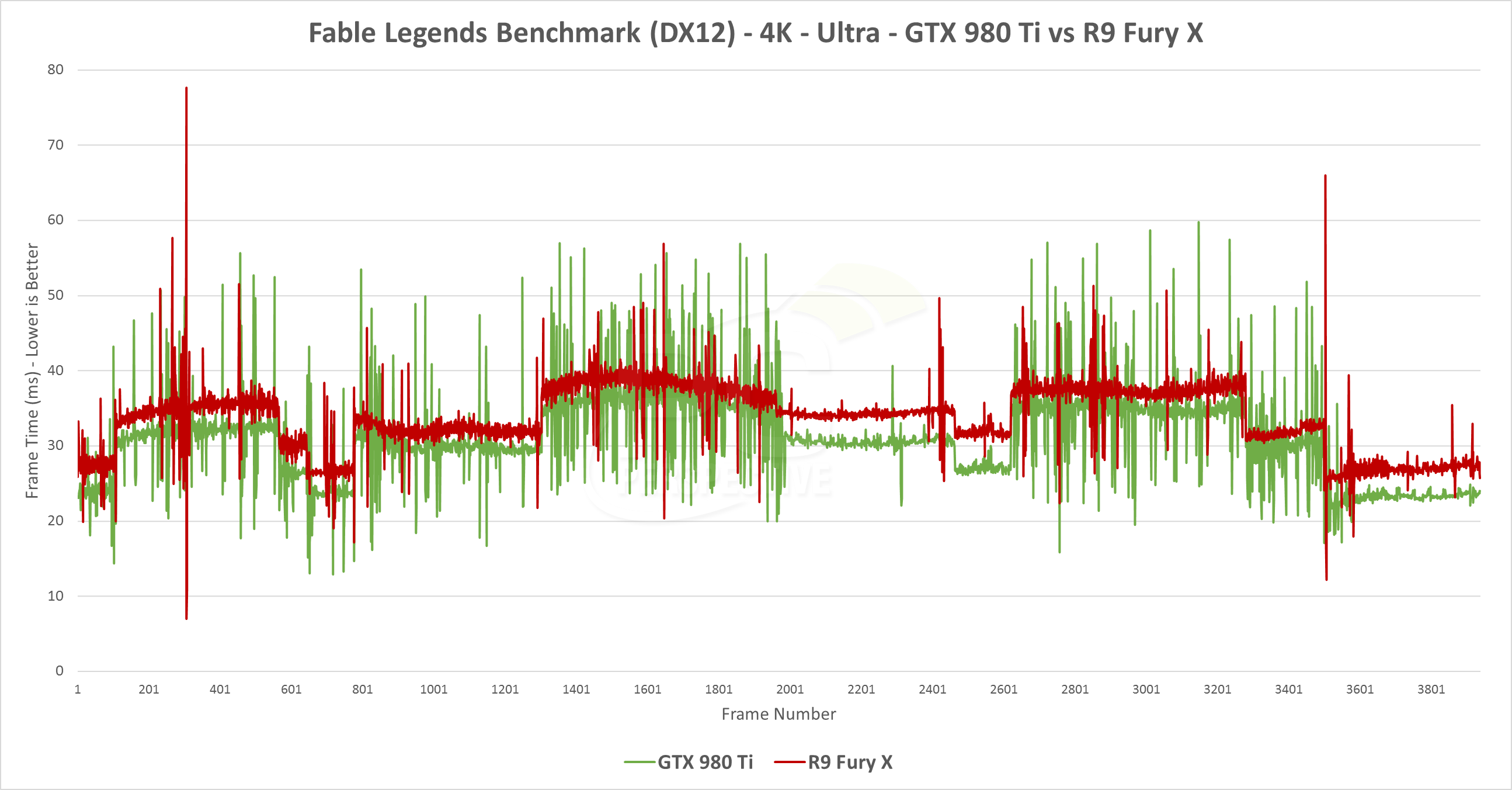 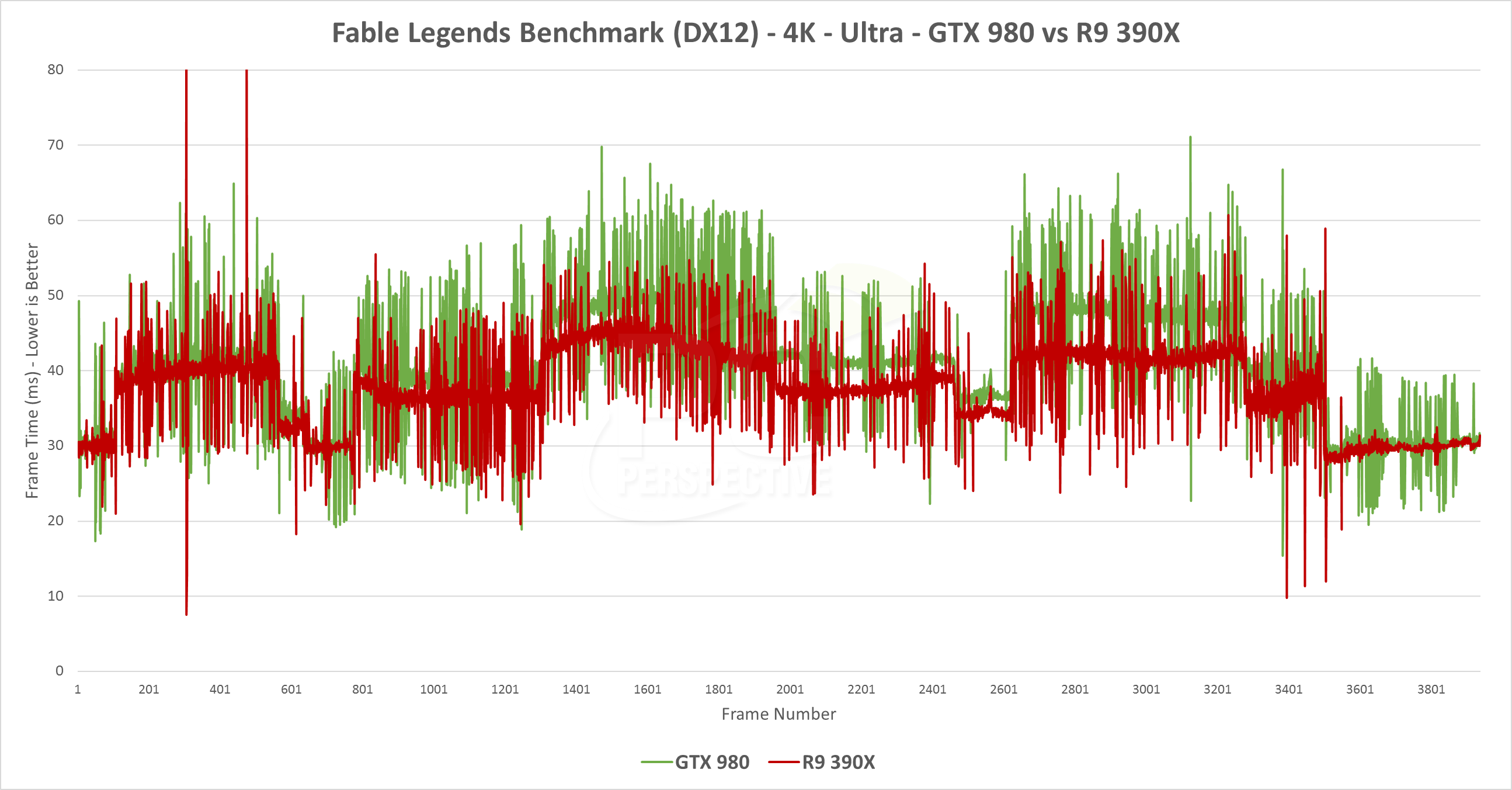 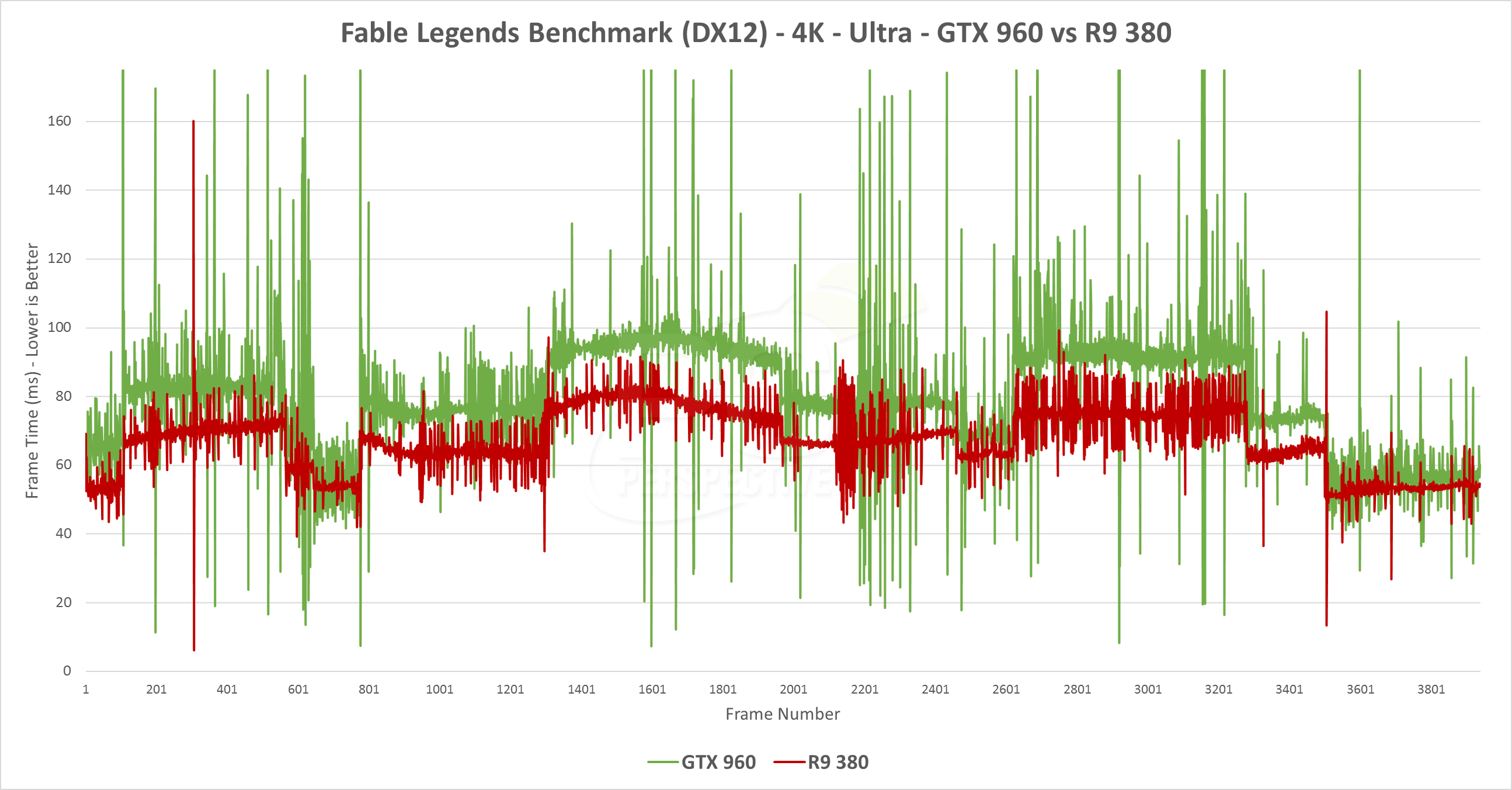 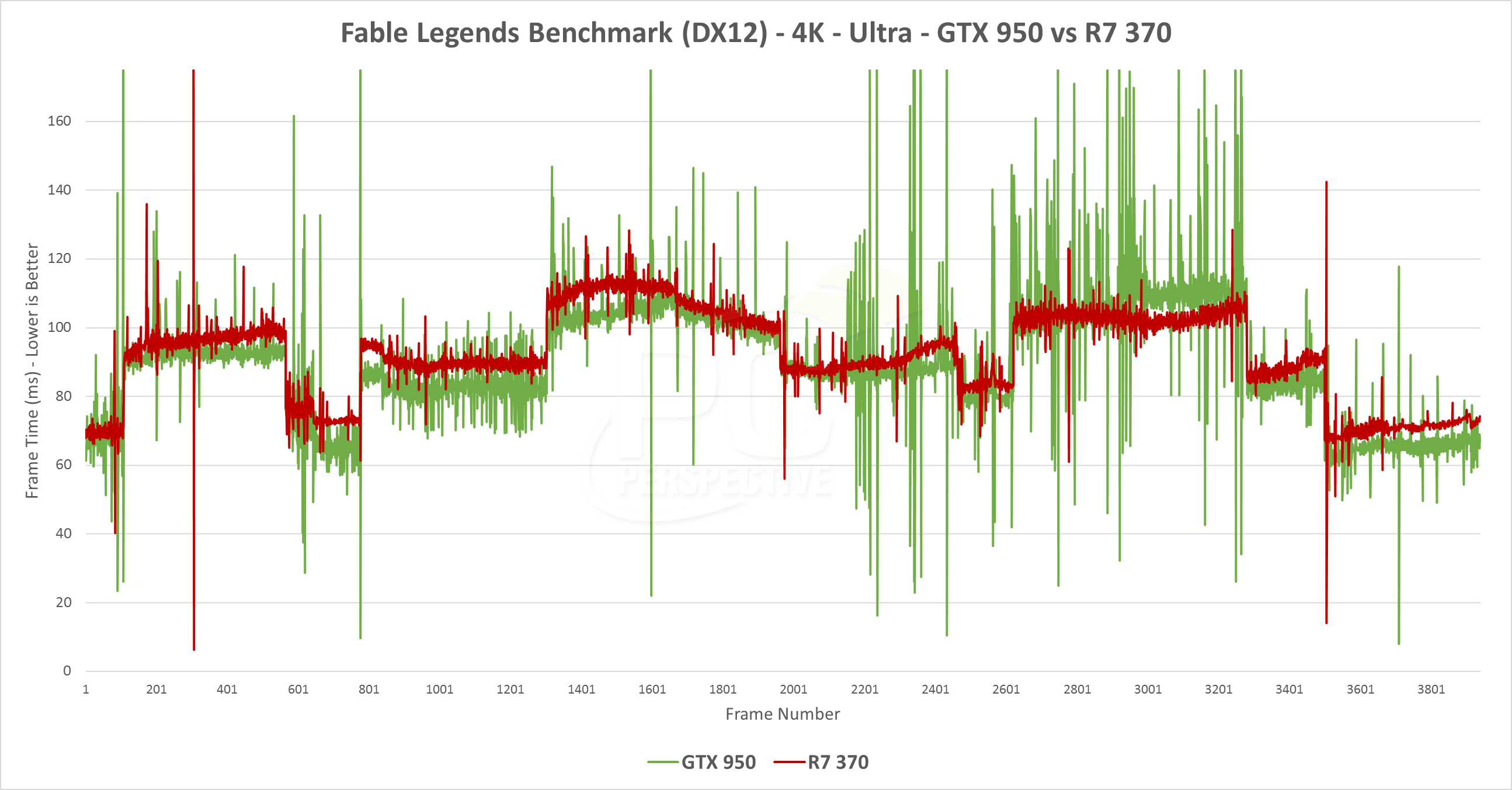 Right away in that first frame time graph you can see the additional variance and larger amount of slow frame times on the GTX 980 Ti compared to the R9 Fury X. Even though the average frame rate is higher with the GeForce card, it would be easy to say that the experience between the two products is much more evenly matched. Even with the bottom two comparisons (GTX 960 vs R9 380 and GTX 950 vs R7 370) AMD has an advantage when it comes to consistency of frame times, even if its at frame rates that no one would want to play at.