The GTX 980 Ti has received the Matrix treatment from ASUS, and the ROG GTX 980Ti Platinum graphics card features a DirectCU II cooler with the new plasma copper color scheme.

In addition to the claimed 25% cooling advantage from the DirectCU II cooler, which also promises "3X less noise than reference cards", the Matrix Platinum is constructed with Super Alloy Power II components for maximum stability. An interesting addition is something called Memory Defroster, which ASUS explains:

The overbuilt ROG Matrix cards are meant to be overclocked of course, and the GTX 980Ti Platinum offers convenience features such as a one-click "Safe Mode" to restore the card's BIOS to default settings, and a color-coded load indicator that "lets users check GPU load levels at a glance". 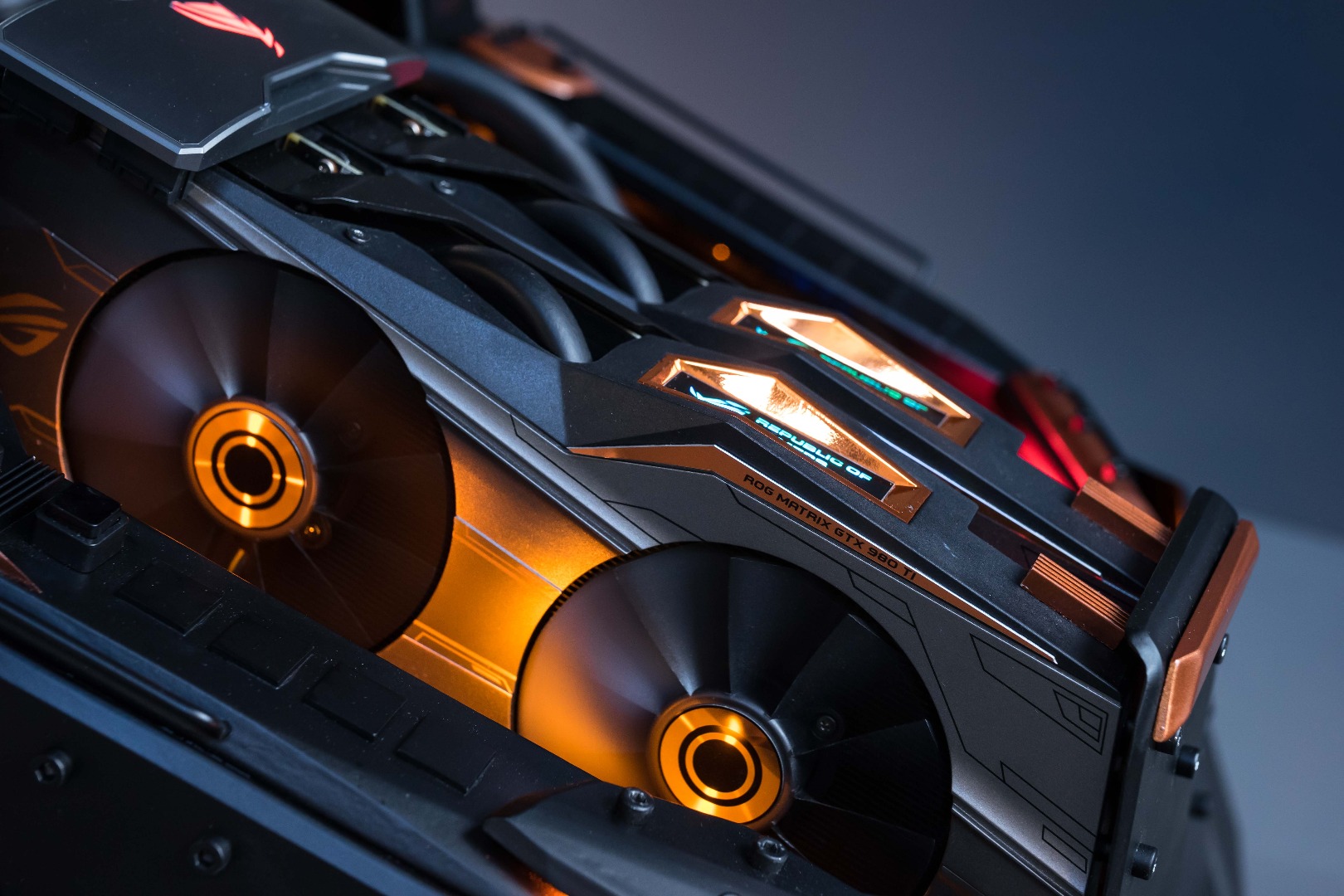 The Matrix GTX 980 Ti Platinum also comes with a one‑year XSplit Gamecaster premium license, which is a $99 value. So what is the total cost of this card? That hasn't been announced just yet, and availability is also TBA.