If you thought that was information overload, let's look over the desktop lineup that Intel has planned for the Skylake family. First up, the 35-watt low TDP SKUs.

Most of these will exist only for AIO PCs and small form factor builds though they will all be available in an LGA option if you want to build around them yourself. I'm impressed that Intel continues to be able to push the process technology to its limits by offering a quad-core HyperThreaded Core i7-6700T in that the 35 watt TDP level, even though it comes at the cost of a much lower base and Turbo clock than the K-series option.

At 65 watt and 47 watt levels we have another round of Skylake parts that will no doubt be popular for system builds and mainstream rigs. For under $200 you can get the Core i5-6500 which offers a quad-core configuration (no HT) and a 3.2 GHz base clock speed - more than enough for a modest gaming PC. And if history is any indication, those bottom three Pentium branded processors, even though they are dual-core CPUs without HyperThreading, with prices well under $100 and clock rates as high as 3.6 GHz, will be mighty fine options for budget consumers.

Finally, the two CPUs we already knew about, the Core i7-6700K and the Core i5-6600K; unlocked overclocking friendly options for enthusiasts and gamers. These are still pretty hard to find though, which is more than slightly disappointing.

So there you go, the entire lineup of consumer Intel 6th Generation Core processors as it stands today. There will be more on the mobile market including those with Iris Pro graphics; unfortunately there aren't plans for any Iris Pro or Iris implementations for desktop / LGA consumer. That is the same disappointing result we had with Haswell and I thought we had this resolved when the Broadwell-based Core i7-5775C was announced earlier in the year. One step forward...

Even though we've already gotten hands on with the flagship Core i7-6700K I see several unique options in the lineup for desktop consumers that interest me based on their cost and potential for performance - look for some reviews of them coming up soon! 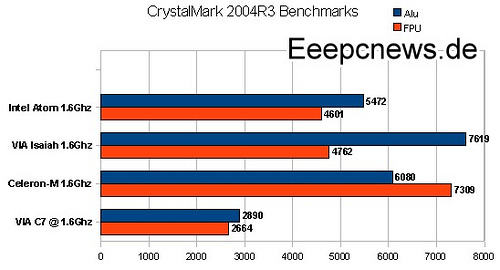