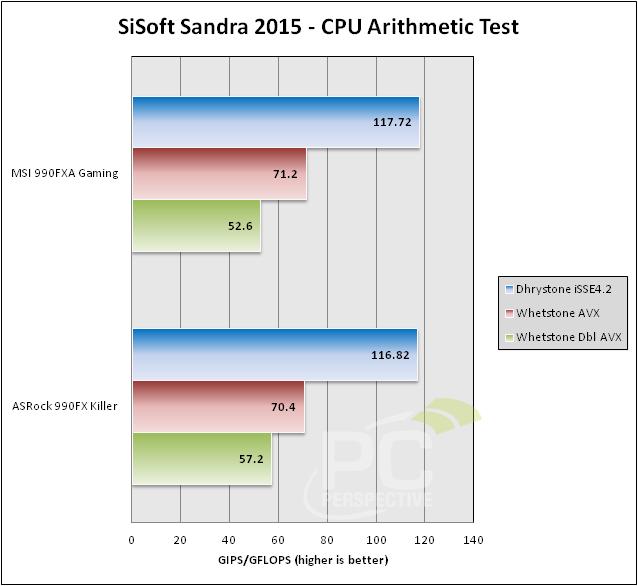 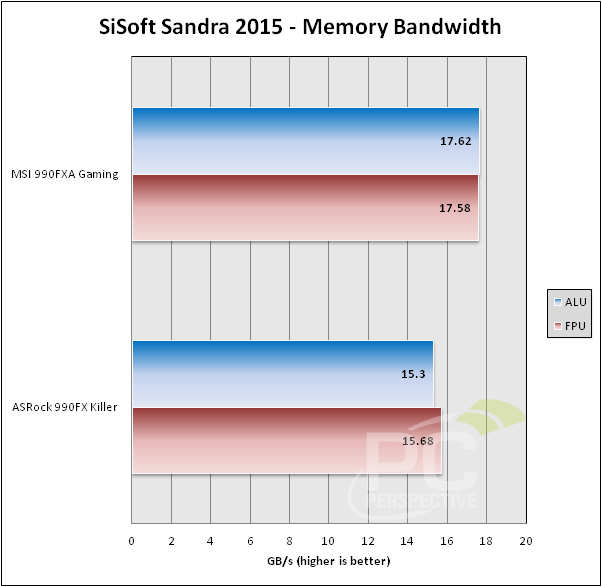 CPU tests are pretty much a draw here between the two boards.  Unlike motherboards in the past, we do not see much difference in theoretical CPU performance.  We do see a little bit of a difference in memory speeds with the MSI board being around 2GB/sec faster.  We can attribute this to the faster DDR-3 2133 memory that is running on the MSI as compared to the max 1866 speed on the ASRock. 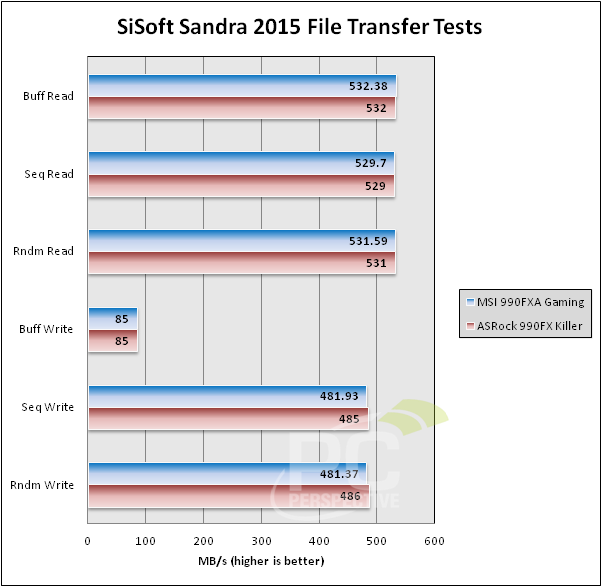 Storage and I/O performance is a little bit different here.  SATA 6G performance is even across the two boards.  We can thank the very mature and well understood SB950 implementation.  Things get a little shook up when we peek at the USB performance. 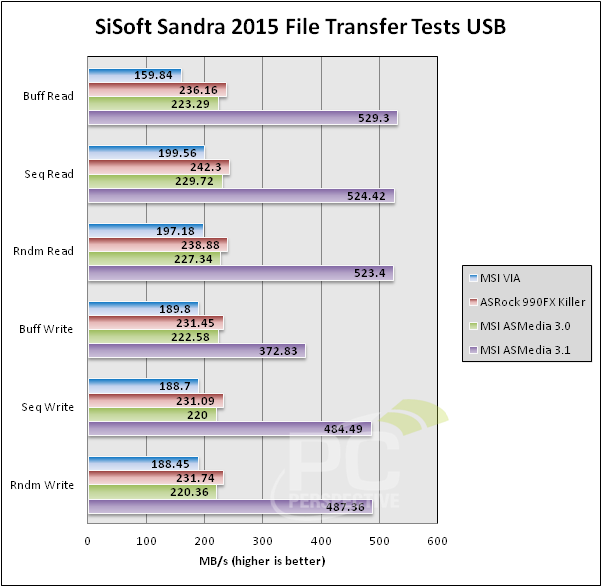 The ASMedia controller in the ASRock board is faster than the competing VIA unit which powers the front panel headers on the MSI board.  The ASMedia 3.1 controller in 3.0 mode performs right in line with the original 3.0 ASMedia controller, in fact it is a little slower overall in that mode.  When we plug in the USB 3.1 storage device to the 3.1 controller, we get to experience a massive jump in overall performance.  We see more than double the throughput of the previous 3.0 parts.  This is not exactly the 1 GB/sec read speeds that is closer to the theoretical maximum, but it is still a massive jump that performs on the same level as the SATA 6G controller with a fast SSD.  Now, this particular implementation could be slowed down due to the fact that it is connected via 2X PCI-E 2.0 lanes.  We could probably expect another 200 MB/sec out of this particular SSD configuration.