During yesterday's SSD Summit, obscured by their 950 PRO launch was new branding for their 32 (and now 48) layer Vertical NAND technology:

This new branding is more in line with what folks were calling their NAND anyway (Samsung was previously using the term '3D VNAND'. Dropping the 3D made sense, as it was implied with the 'V').

Also of interest were some announcements of upcoming higher capacities of their existing models:

1TB in the 850 EVO M.2 edition, and while there is no slide for this, the 950 PRO is also expected to be updated with a 1TB model within the same time frame as well.

How is all of this expansion possible? The answer is their third generation V-NAND, which is 48 layers and 256 GBit (32 GB) capacity per die. Samsung intends to roll this flash out and update all model lines currently using V-NAND technology. This decision was made by Samsung's Senior VP of Marketing, UnSoo Kim: 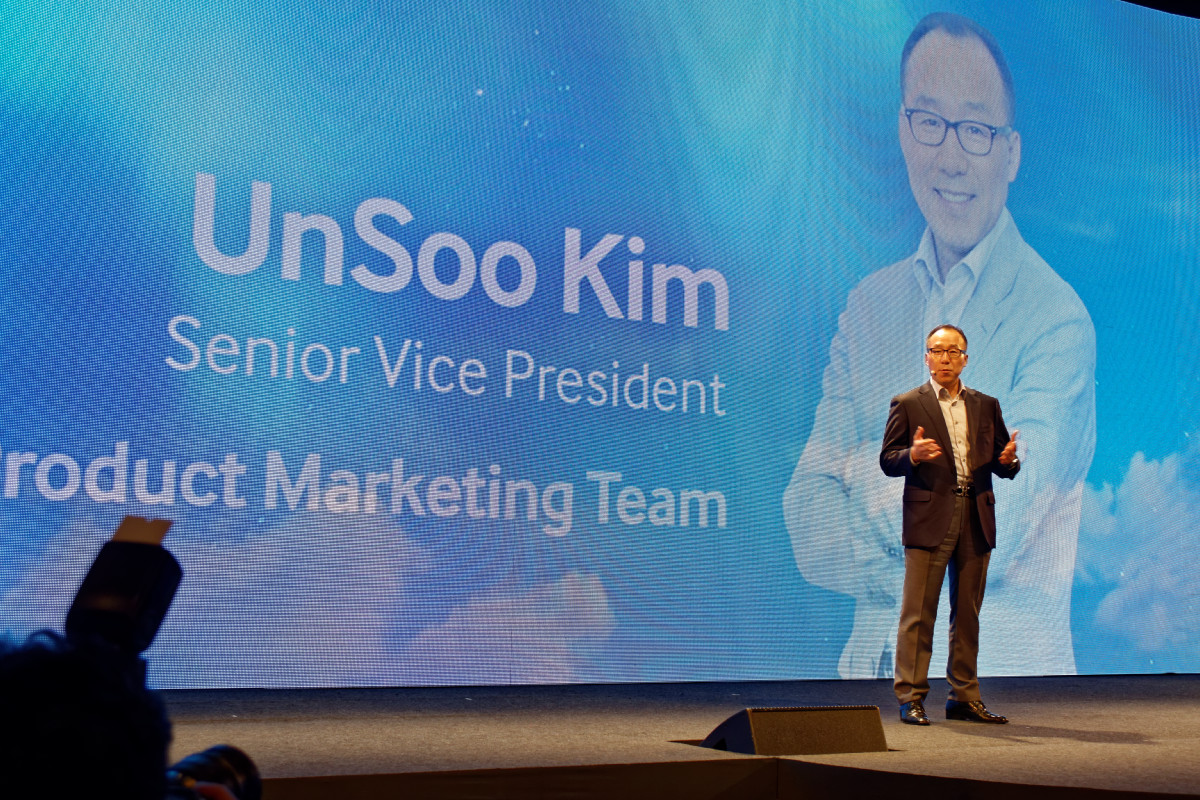 …now before you get out the pitchforks and form up the 'don't change the flash without a new model' lynch mob, I'd like to point out a few things that make this change different than what you might have seen in the past.

I did leave the Q+A with some further questions about this change. The lower capacities of the 850 EVO still see slower write performance when writing straight to TLC flash (SLC cache is full). This is because there are fewer dies available to write the data, and each die can only write so fast in TLC mode. Since the 48-layer V-NAND is to have double the capacity per die, that would mean half the dies per SSD and possibly slower write speeds in the overall product.

I approached UnSoo Kim after the Q+A and asked this specific question, and his answer was both interesting and refreshing. First, he understood my question immediately and assured me that they will not roll out 256Gbit 48-layer V-NAND into their smaller capacity models – in order to prevent any performance reduction over their current 32-layer equipped parts. Second, he told me that they also intend to produce a 128Gbit variant of 48-layer V-NAND at some point in the future, and use *that* part to substitute the 128Gbit 32-layer V-NAND in those smaller capacity models, keeping the die counts (and therefore sequential write speeds) equal. That additional variant of their third generation V-NAND is the only way (in my mind) that they could update their smaller capacity parts without losing performance, and it was great to see that Samsung has thought out the execution of this rollout in such a proper manner.