I’ve been waiting a long time for Samsung to put their V-NAND flash memory into a PCIe connected SSD, and such a product has just been officially announced at the Samsung SSD Global Summit.

Samsung’s new product launching will be called the 950 PRO. This will be an M.2 2280 form factor product running at PCIe 3.0 x4. Equipped with Samsung’s 32-layer V-NAND and using the NVMe protocol enabled by a new UBX controller, the 950 PRO will be capable of up to an impressive 300,000 random read IOPS. Random writes come in at 110,000 IOPS and sequential throughputs are expected to be 2.5 GB/sec reads and 1.5 GB/sec for writes. Available capacities will be 256GB and 512GB.

These hit retail in October and we currently have samples in hand for testing. 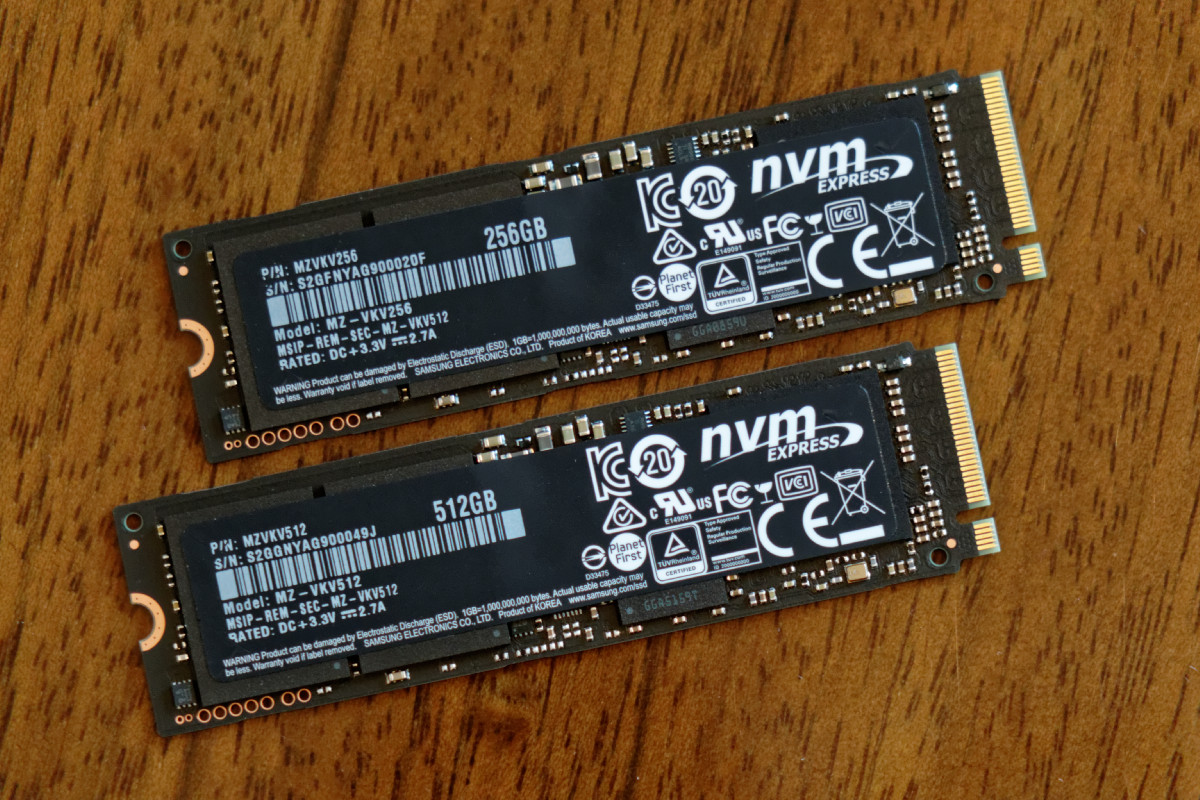 (for those curious, both capacities only have components on the front side of the PCB)

“With the introduction of the 950 PRO using NVMe and PCIe, Samsung is able to provide our customers with the memory needed to handle the increased storage demands of tomorrow’s computing systems,” said Un-Soo Kim, Senior Vice President of Branded Memory, Memory Business at Samsung Electronics. “Consumers and businesses alike can experience enterprise-quality performance and benefits such as speed, endurance and energy efficiency to support the most demanding applications. The 950 PRO is yet another example of a branded memory solution that continues to elevate our portfolio of products and reflects Samsung’s continued leadership in the memory industry.”

The drive was built to last, with AES 256-bit Full Disk Encryption to protect data and Dynamic Thermal Guard, which can protect the device and data in inclement weather from 0 to 70 degrees Celsius. It can also withstand physical shock of up to 1500G/0.5ms and vibrations up to 20G.

It’s not always about the size