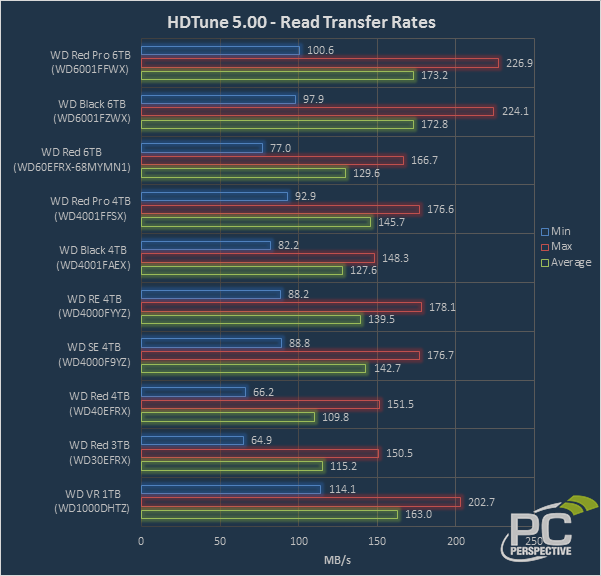 The big takeaway here is that the maximum and average speeds of these two new models hits one big milestone – they are the first to exceed the throughputs of the 1TB Velociraptor we reviewed back in 2012. The minimum (end of the disk) rates still fall shy of that 10k RPM unit as it had a narrower sweep across its tracks and therefore a lower linear velocity delta as compared to these 3.5" drive platters. 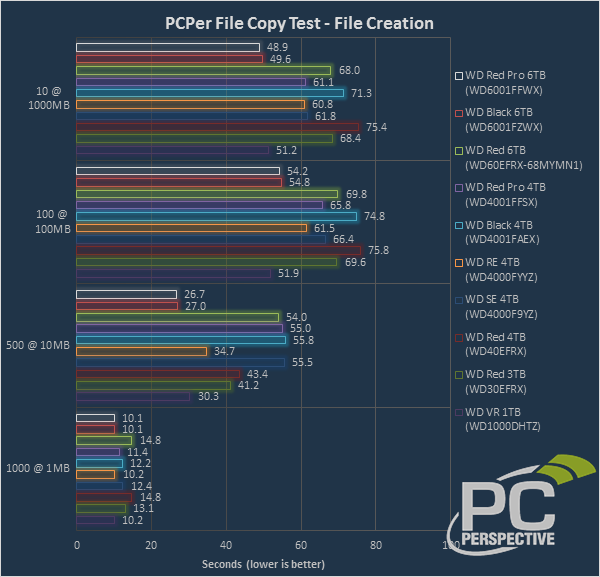 The Velociraptor gets beaten in a few more tests here. 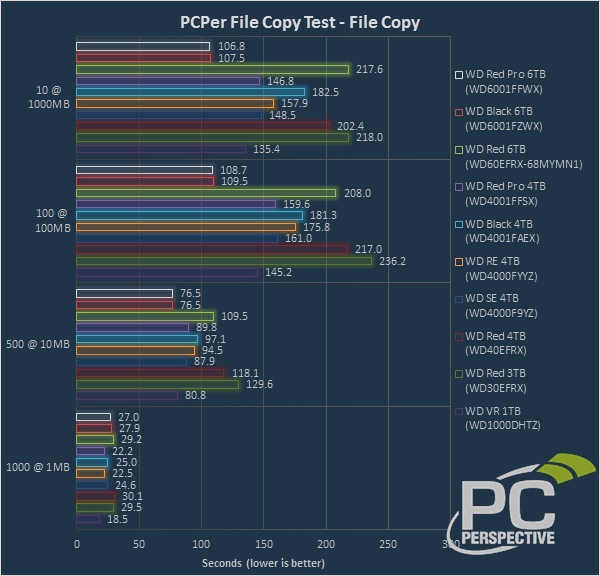 The added cache and throughputs of these new models make a much larger dent in our file copy tests, as we are copying *from* and *to* the drive simultaneously. Smaller files were the only place where the Velociraptor still dominates. 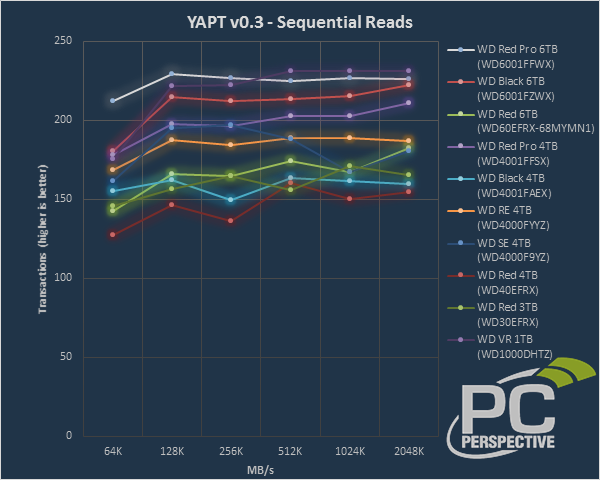 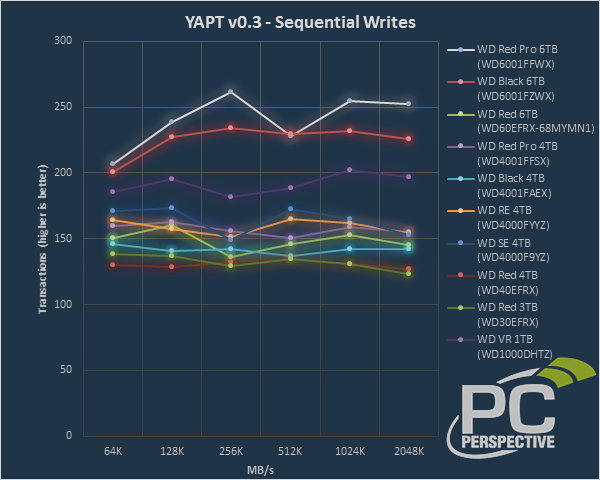 Scaling was as expected here with these faster drives under YAPT. The larger gains in writes are partially due to the increased cache size available on these new models (more on that on the next page).

The DVD PVR with more