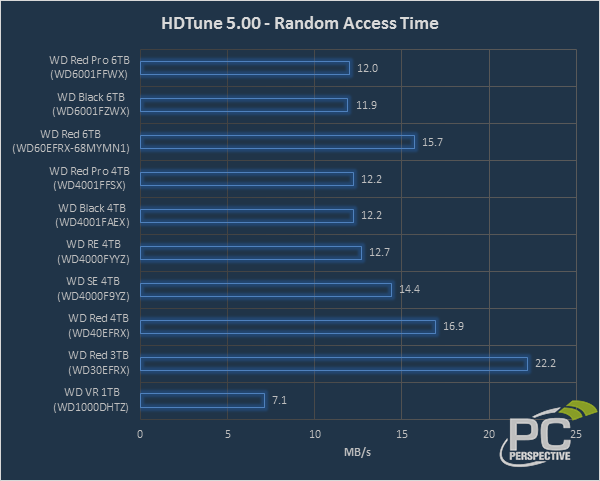 It's pretty easy to pick out the 5400 RPM and 7200 RPM drives here (and the 10K at the bottom). The only differences are some added latency to units that do not seek as aggressively in the interest of power consumption (the original 3TB Red and less so the 6TB Red). 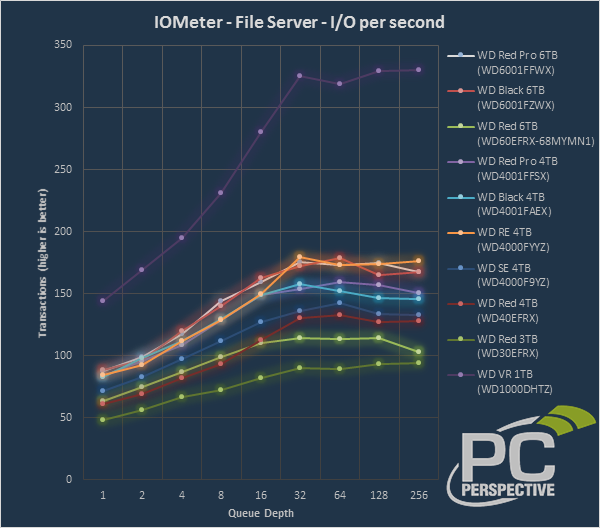 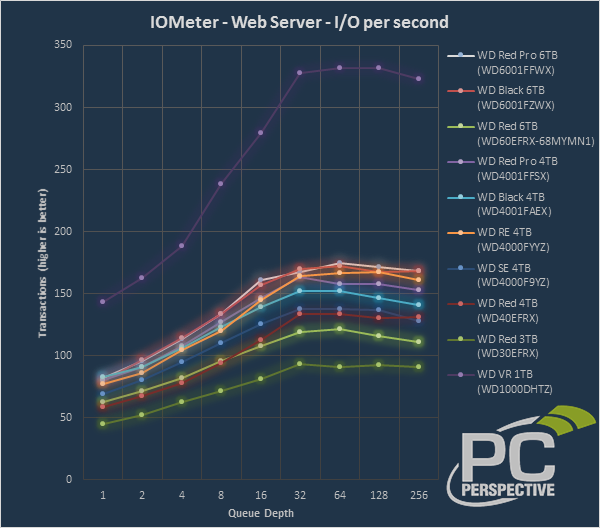 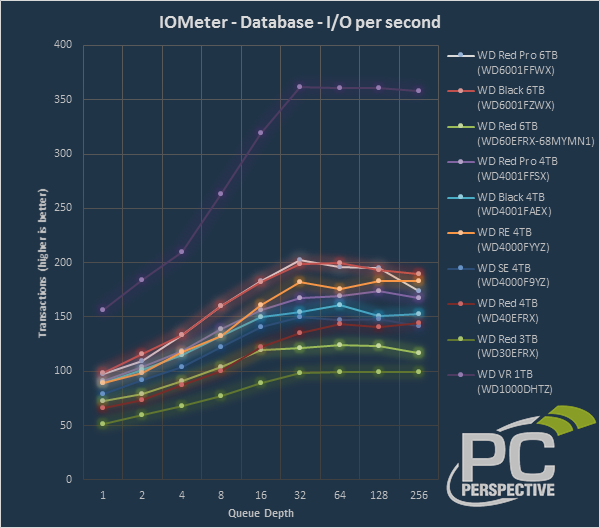 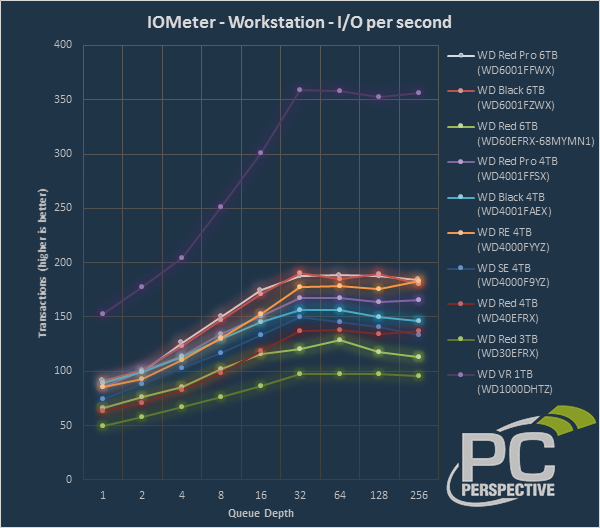 For random performance at climbing queue depths, a 10k drive is always going to dominate over slower spinning ones, but the added cache does give the new Red Pro and Black a reasonable jump on other 7200 RPM units. In the Database test, we can see just how efficient command queiueing can be, as the random performance *doubles* from QD=1 to QD=32 (the maximum for SATA protocol devices). 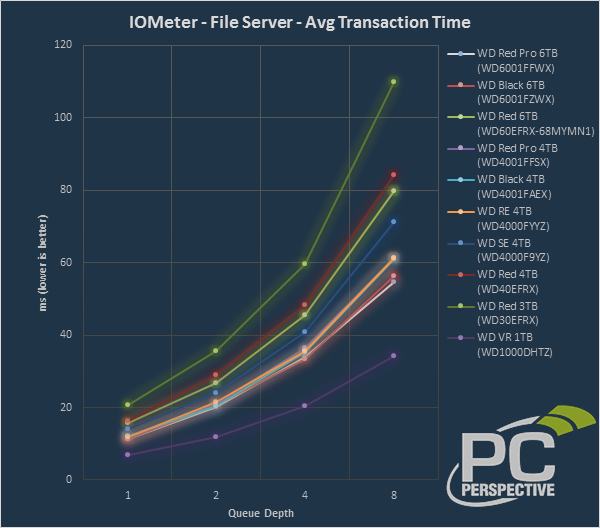 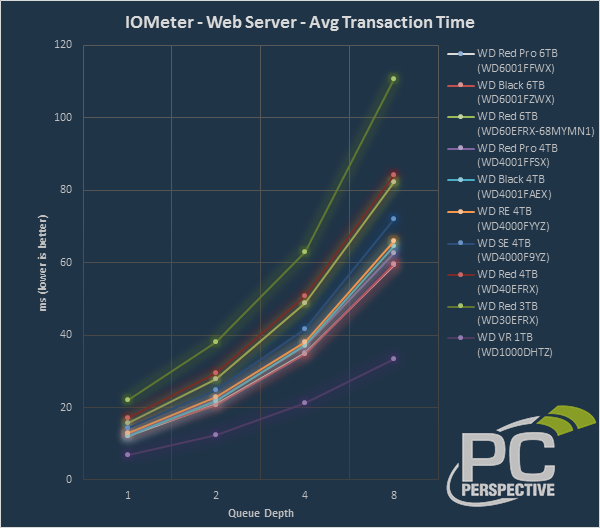 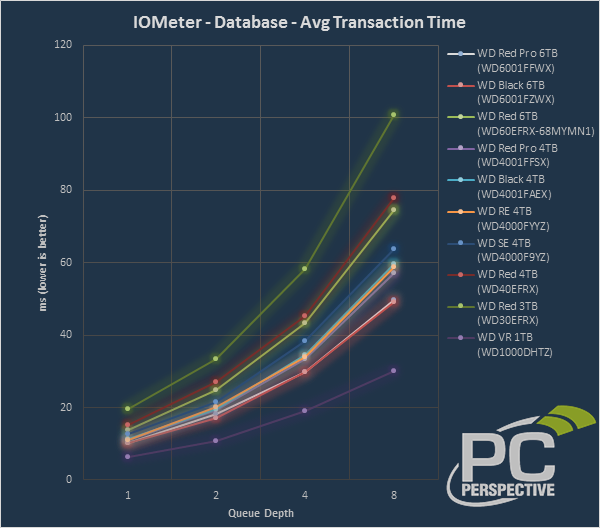 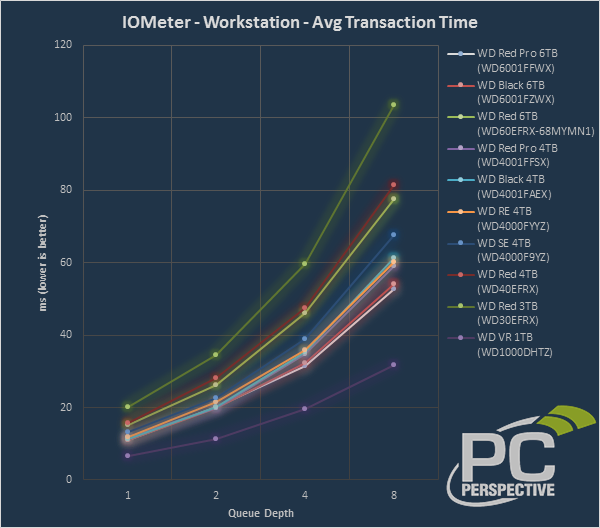 The new 6TB models were able to beat all other 7200 RPM units, likely due to it having at least double the DRAM cache of those others. 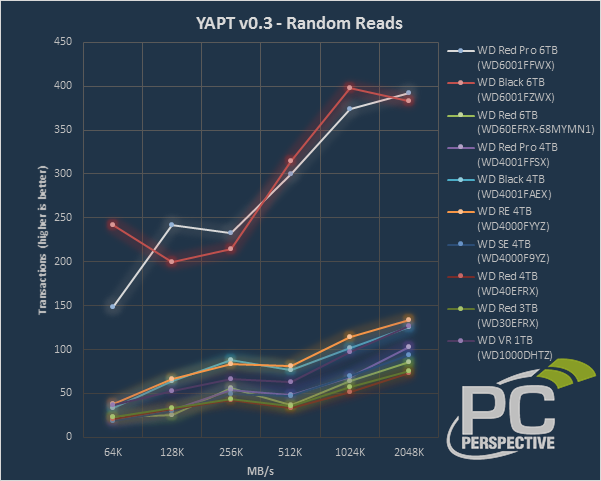 These results may look odd, but there is a logical explanation. The 128MB of cache was enough to start giving this particular test enough of chance at cache hits occurring. We also suspect there is more aggressive caching of hot data occurring with these models. 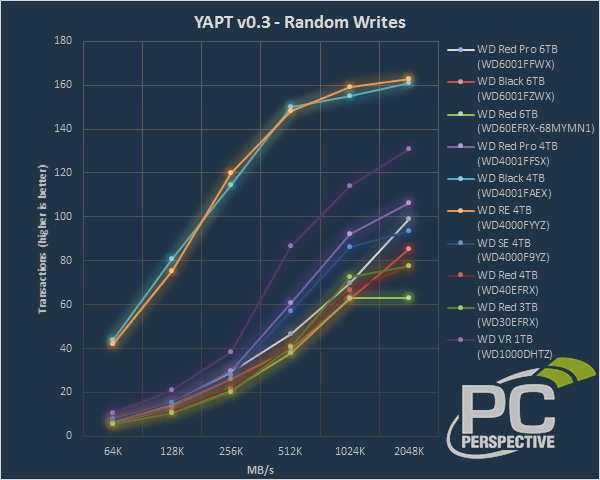 Here we see two drives doing very well but not for the same reason. The bulk of the drives in this test employ Advanced Format, meaning they handle data internally aligned at 4k intervals. YAPT is not a 4k aligned test, which leaves the Advanced Format units (relatively) low in the pack compared to two outliers that perform very well. One was the 4TB RE series unit and the other was the first (FAEX) version of the 4TB Black – both of which did not employ Advanced Format, and were therefore able to better handle misaligned random writes. The FAEX Black has been phased out and now that entire line follows all other modern units, which makes sense since the vast majority of file system operations taking place on modern Operating Systems are 4k aligned 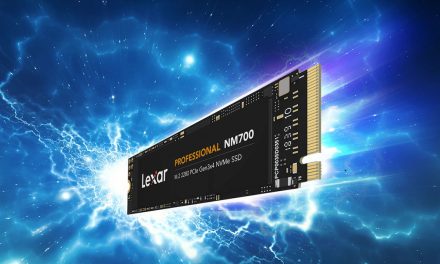