Motherboards supporting Intel’s latest “Skylake” processor have been trickling out for months, and ASUS is no stranger to the Z170 chipset. After several months of waiting, its flagship motherboard is now available under the Republic of Gamers brand. The ROG Maximus VIII Extreme is a monster both in size – it’s an E-ATX board – and features. It’s not cheap though with an MSRP of $499.

The Maximus VIII Extreme is clad in black and red with silver capacitors. A massive heatsink keeps the Extreme Engine Digi+ power delivery hardware cool even under heavy overclocking conditions. Nested between the VRMs and the four DDR4 slots (up to 3866MHz) is the LGA 1151 processor socket. This motherboard can be used with the OC Panel II hardware overclocking module which can sit outside the case or in a 5.25” drive bay. There are also overclocking buttons on the top-right corner of the board itself.

Storage options include eight SATA 6Gbps ports (two SATA Express), a M.2, and a separate U.2 MVMe connector. Networking is handled by Intel Gigabit Ethernet (1219-V) and a 3×3 802.11ac WiFi NIC. ASUS is further including its SupremeFX 8-channel audio chipset.

Needless to say this board has everything but the kitchen sink (though that might be unlocked with a BIOS update…) in it. It is squarely aimed at extreme overclockers and gamers wanting to run triple or quad multi-GPU setups along with Intel’s latest Skylake CPU. The flagship hardware will cost you though, with street prices just under $500 USD. If you’re interested in this beast, keep an eye out for reviews (which appear to be scarce at the moment). 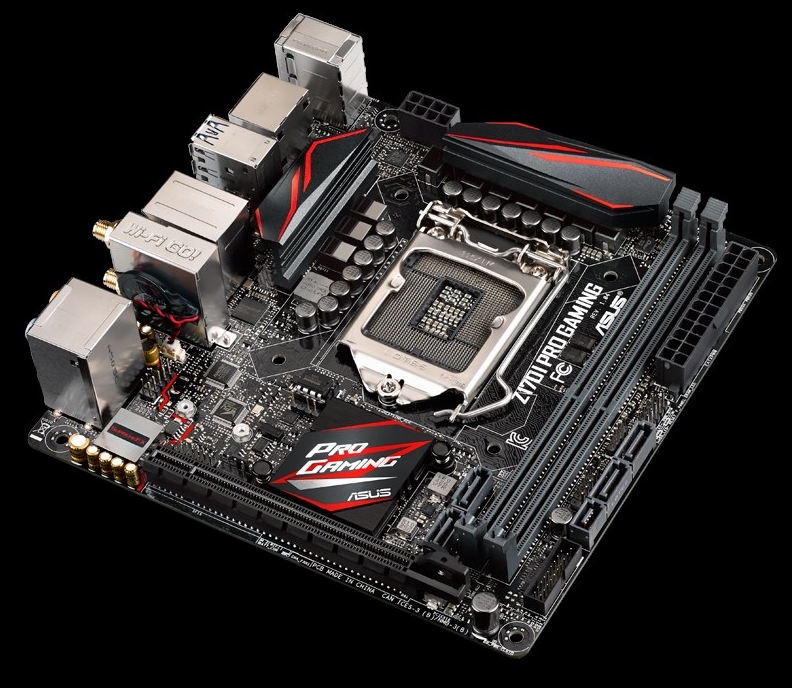