Playback using the app provided audio test was clear and distortion free with the 5.1 speaker setup going through the integrated analogue audio ports.

Listening tests using the selected audio tracks were performed with a Kingston HyperX Cloud Gaming audio headset as well as a 5.1 speaker setup to exercise the subsystem's audio fidelity. In both cases, audio reproduction was clear, rich, and distortion-free with little quality difference between the listening sessions. Sound was best through teh speakers with the Sound Blaster audio tools enabled, while the headphone audio reproduction was best with the headphone port gain set to 6x (switch position 2).

Even though the recorded audio remained distortion-free at all levels, audio pickup was best with recording volume set to 75 and Microphone Boost set to +10dB. With the Crystal Voice functionality enabled (Noise Suppression or Audio Echo Cancellation), the Microphone Boost setting had to be bumped up to +20db for acceptable audio clarity. 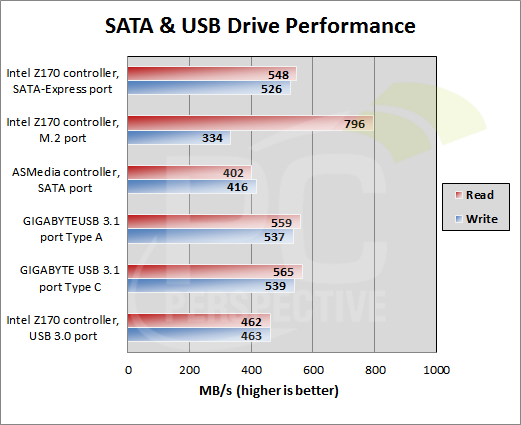 The OC SSD performed as expected on the Intel-controlled SATA-Express ports and on the USB 3.1 Gen2 ports from the GIGABYTE external port bay with performance pushing the limits of the SSDs performance specs. The M.2 drive performed best overall with its performance also pushing the device's rated limits. Although the drive performance using the USB 3.0 ports was lower than that of the SATA-Express or USB 3.1 Gen2-based ports, the USB 3.0 device performance exceeded that of the ASMedia SATA 3 ports by almost 15%. No testing was done using the Intel Thunderbolt 3-controlled USB 3.1 Gen2 ports in the board's rear panel because of stability issues encountered when using the enclosure in conjuction with those ports. 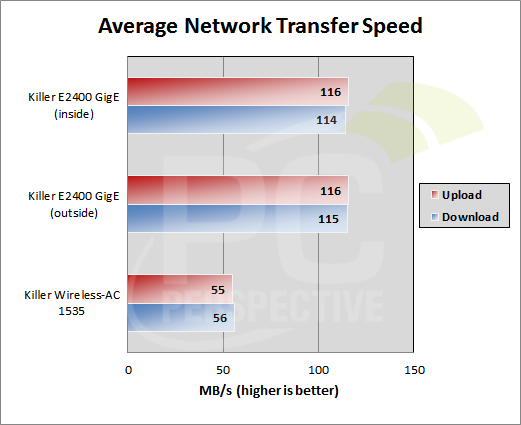 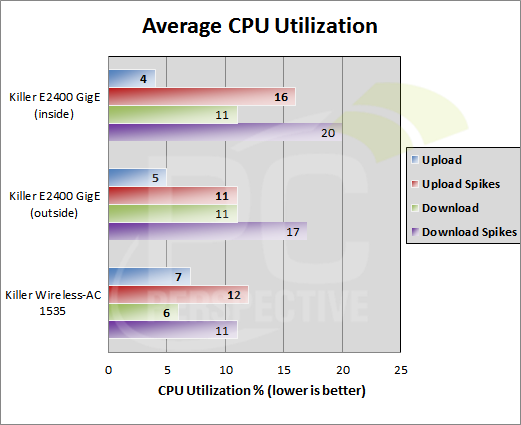 The performance of both Killer GigE controllers was impressive, averaging 115 MB/s during both upload and download tests. The Killer wireless-AC controller averaged a bit slower performance, coming in at 55 MB/s. Across the board, the CPU utilization remained around or below the 10% mark with the wired connections seeing utilization spikes upwards of 20%.