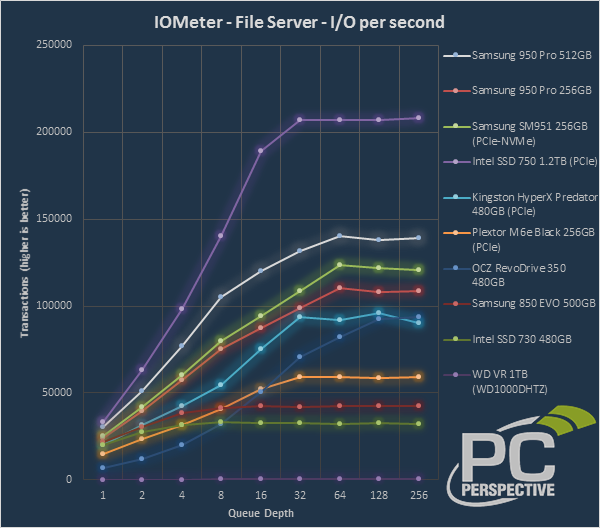 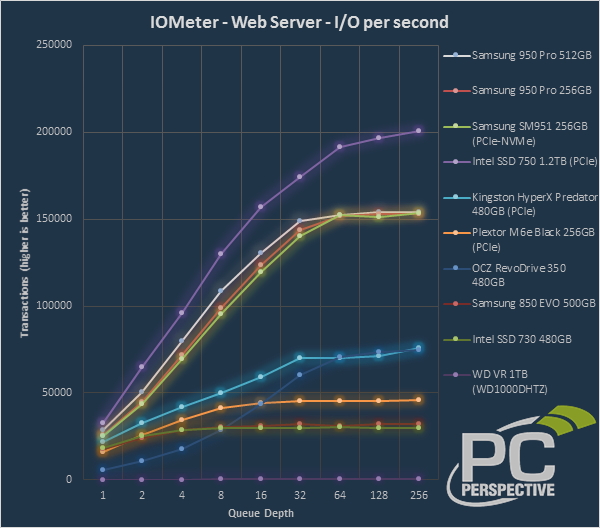 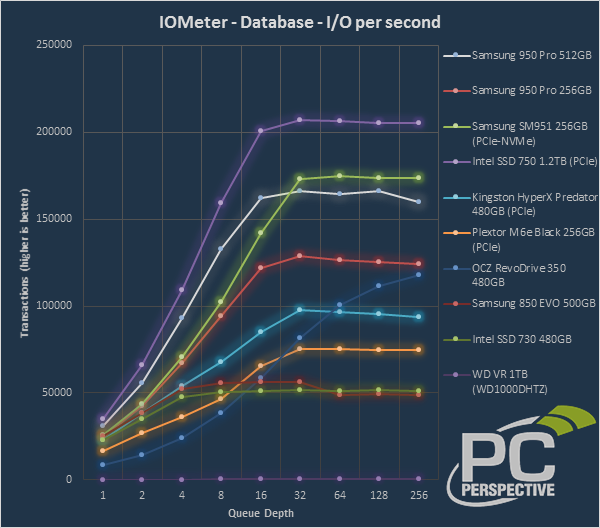 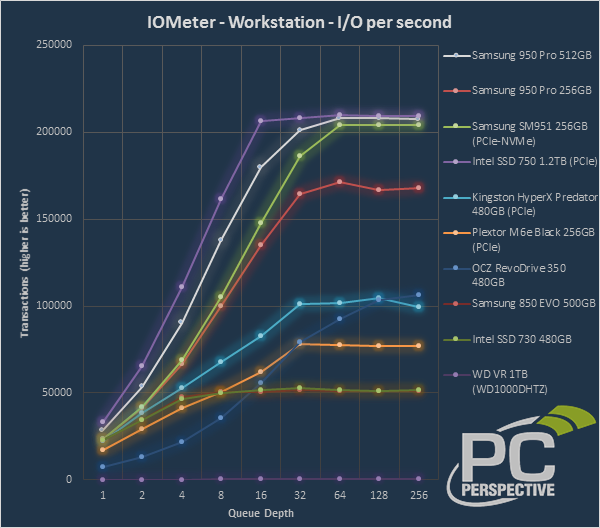 The Intel SSD 750 has always dominated this test, but it gets a bit of an unfair advantage as this test is run with the SSD only partially filled (more on that on the next page). The 512GB 950 PRO comes in next, followed by the SM951 and the 256GB 950 PRO, which trade blows from test to test. Next up is the Kingston HyperX Predator followed by the Plextor M6e Black. The OCZ RevoDrive 350 is present, but it starts out slower than the SATA units and takes forever to ramp up to full speed. No consumer ever comes anywhere close to QD=256. 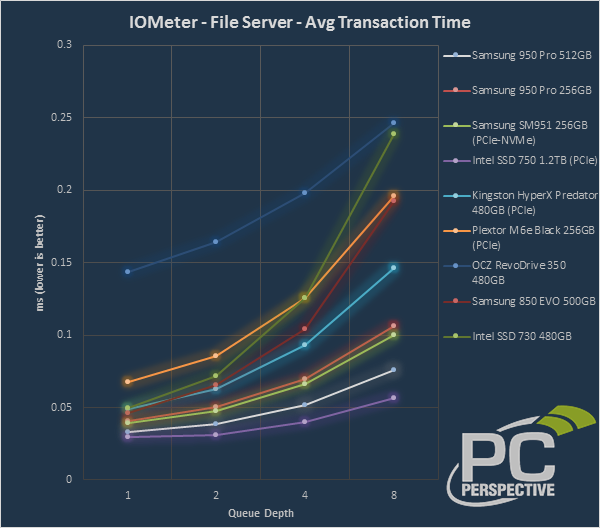 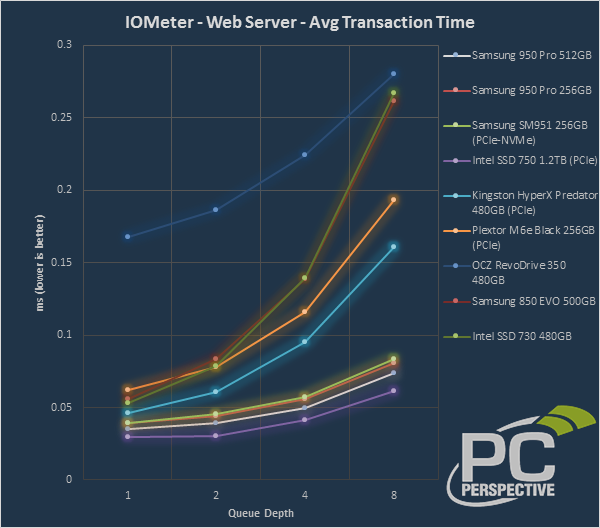 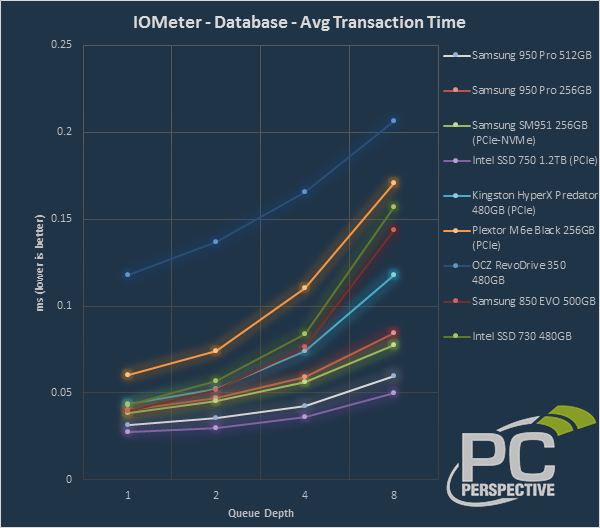 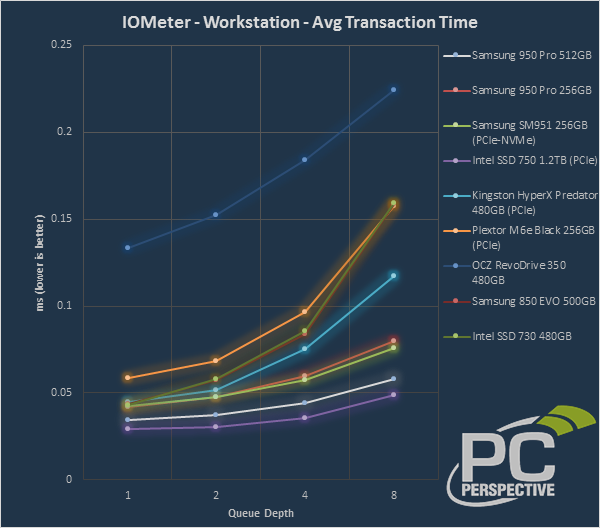 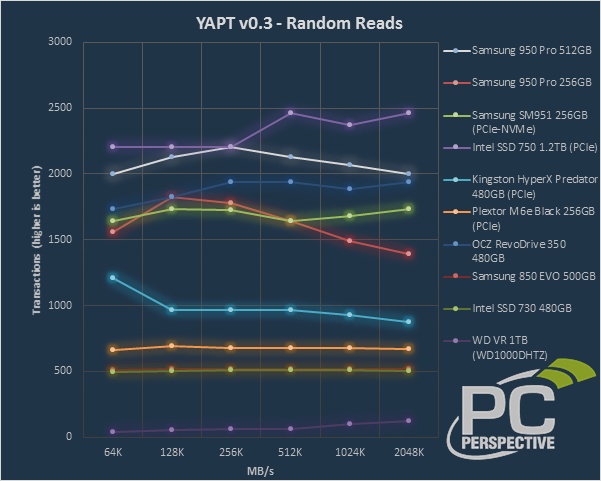 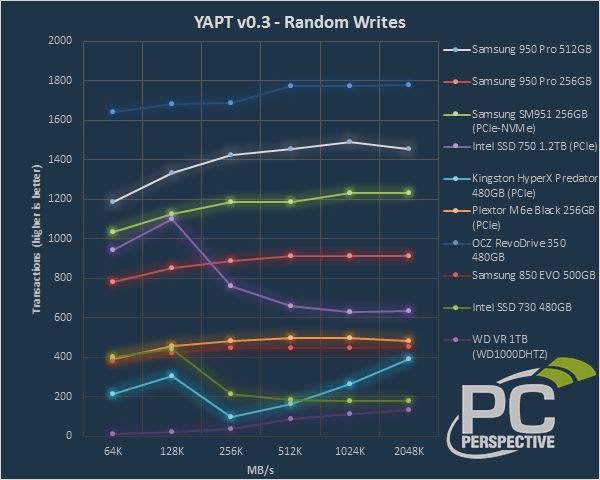 YAPT is a 'misaligned' test, in that it does not adhere to 4k boundaries. This makes some SSDs flinch a bit, but not any of the Samsung parts. They just keep on chugging. 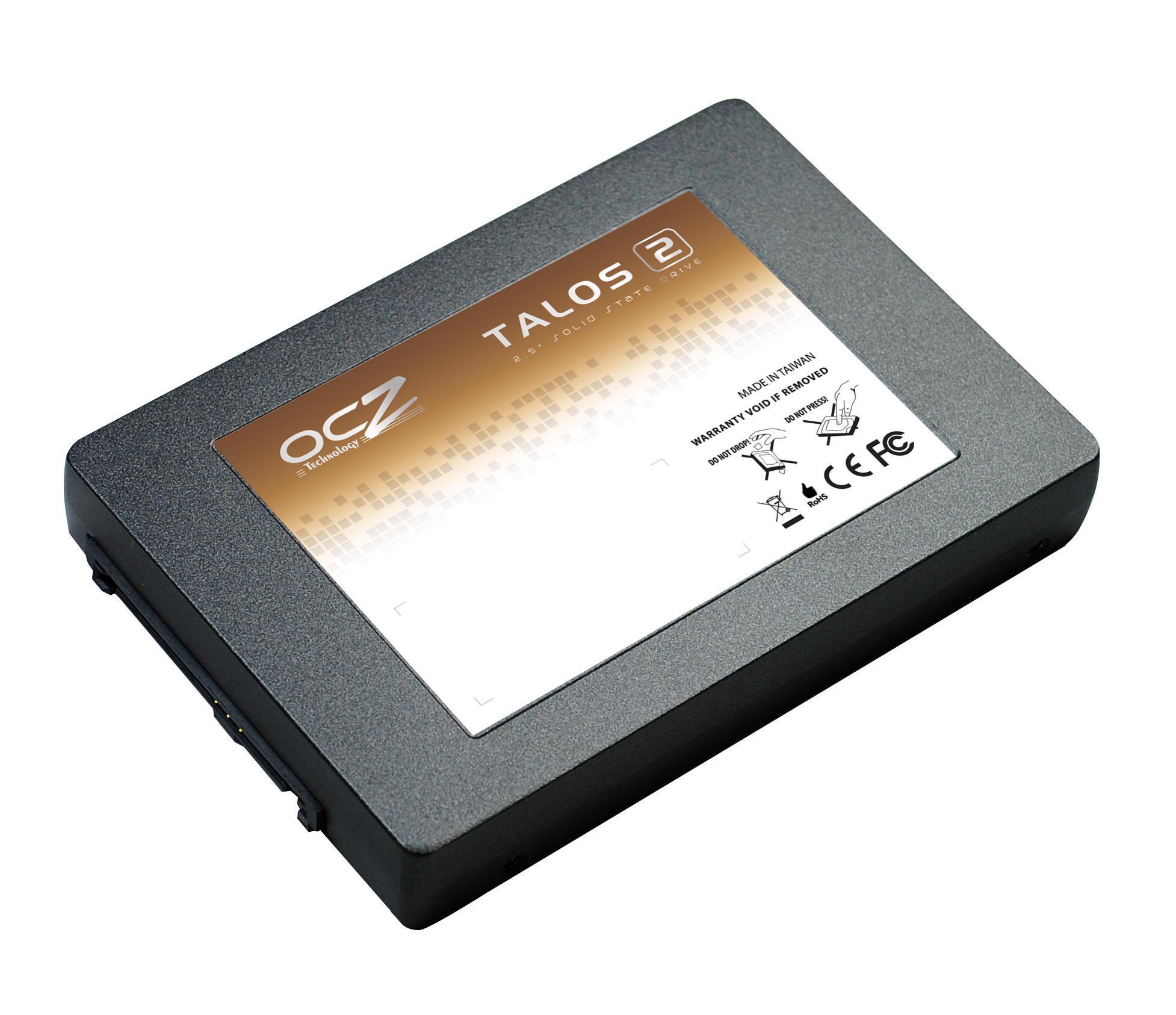