For as long as I can remember, the AMD (previously ATI) graphics driver was know as Catalyst. The Catalyst Control Center (CCC) offered some impressive features, grew over time with the Radeon hardware but it had more than its share of issues. It was slow, it was ugly and using it was kind of awful. And today we mourn the passing of Catalyst but welcome the birth of "Radeon Software" and the first iteration if it, Crimson.

Starting with the next major driver release from AMD you'll see a major change the speed, design and usability of the most important interface between AMD and its users. I want to be clear today: we haven't had a chance to actually use the software yet, so all of the screenshots and performance claims are from an AMD presentation to the media last week.

Let's start with new branding: gone is the AMD Catalyst name, replaced by "Radeon Software" as the overarching title for the software and driver packages that AMD releases. The term "Crimson Edition" refers to the major revision of the software and will likely be a portion of the brand that changes with the year or with important architectural changes. Finally, the numeric part of the branding will look familiar and represents the year and month of release: "15.11" equates to 2015, November release.

With the new brand comes an entire new design that AMD says targets simplicity, ease of use and speed. The currently available Catalyst Control Center software is none of those so it is great news for consumers that AMD has decided to address it. This is one of AMD's Radeon Technology Group SVP Raja Koduri's pet projects – and it's a great start to a leadership program that should spell positive momentum for the Radeon brand.

While the Catalyst Control Center was written in the aging and bloated .Net coding ecosystem, Radeon Software is designed on QT. The first and most immediate advantage will be startup speed. AMD says that Radeon Software will open in 0.6 seconds compared to 8.0 seconds for Catalyst on a modestly configured system. 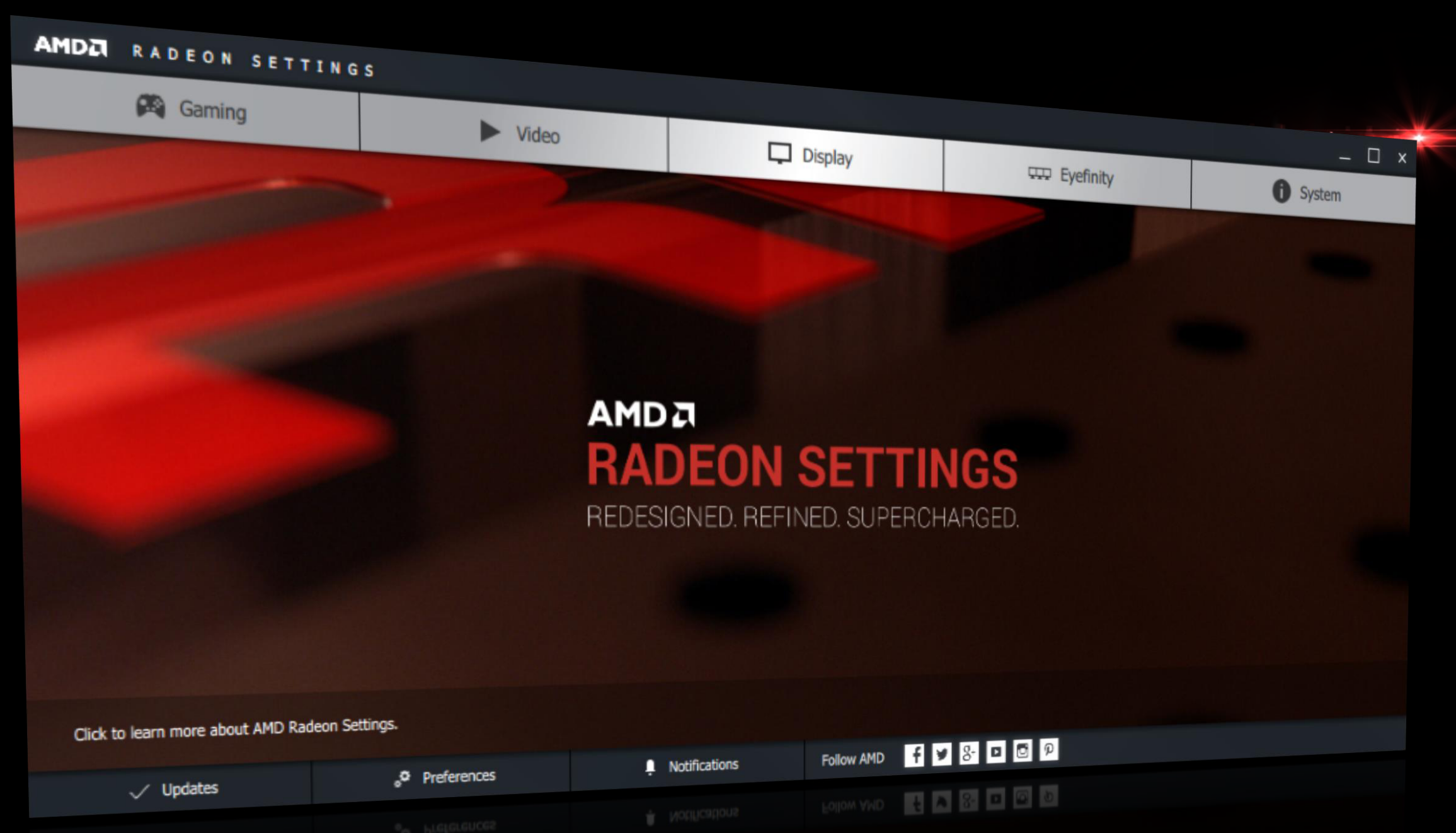 The style and interface look to be drastically improved with well defined sections along the top and settings organized in a way that makes them easy to find and address by the user. Your video settings are all in a single spot, the display configuration is on its as well, just as they were with Catalyst, but the look and feel is completely different. Without hands on time its difficult to say for sure, but it appears that AMD has made major strides.

There are some new interesting capabilities as well, starting with per-game settings available in Game Manager. This is not a duplication of what GeForce Experience does in terms of adjust in-game settings, but it does allow you to set control panel-specific settings like anti-aliasing, texture filtering quality, vertical sync. This capability was around in the previous versions of Catalyst but it was hard to utilize.

Overdrive, the AMD-integrated GPU overclocking portion of Radeon Software, gets a new feature as well: per-game overclocking settings. That's right – you will now be able to set game-specific overclocking settings for your GPU that will allow you to turn up the power for GTA V while turning things down for lower power consumption and noise while catching up on new DLC for Rocket League. I can see this being an incredibly useful feature for gamers willing to take the time to customize their systems. 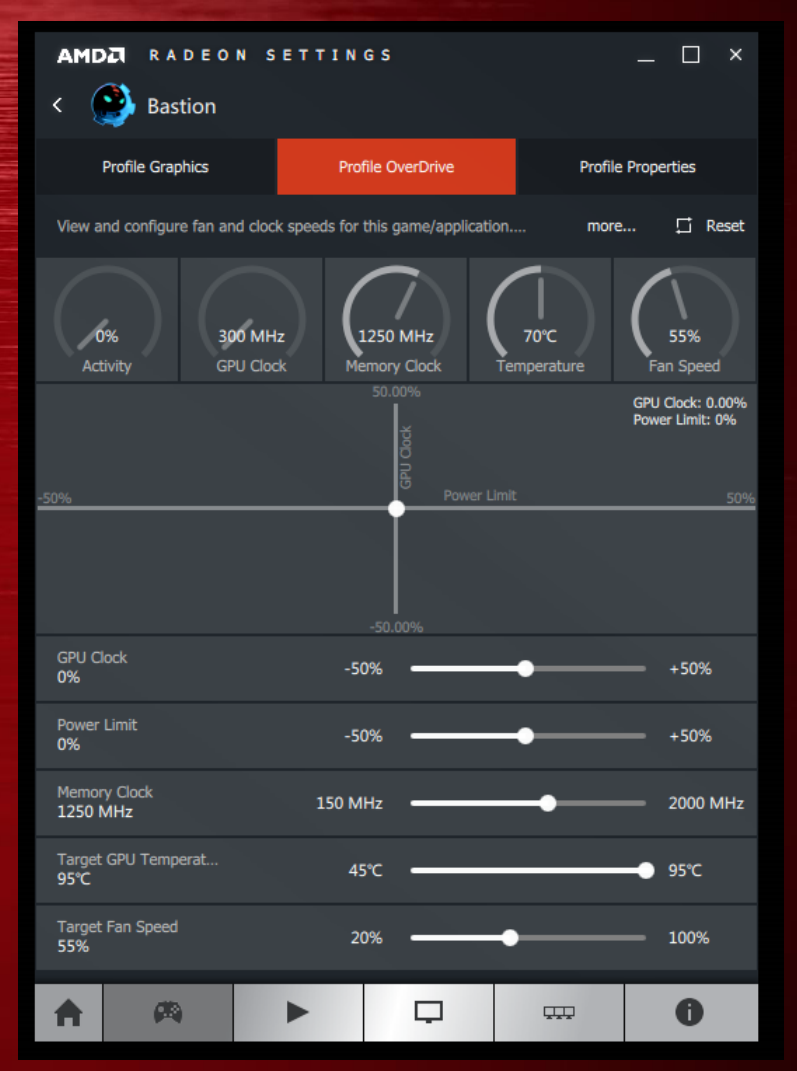 There are obviously more changes for Radeon Software and the first iteration of it known as Crimson, including improved Eyefinity configuration, automatic driver downloads and much more, and we look forward to playing around with the improved software package in the next few weeks. For AMD, this shows a renewed commitment to Radeon and PC gaming. With its declining market share against the powerful NVIDIA GeForce brand, AMD needs these types of changes. 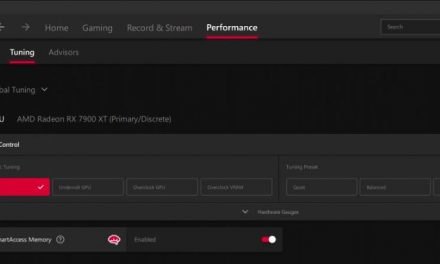