The Graphics Core Next (GCN) architecture is now a minimum requirement for upcoming AMD graphics drivers. If your graphics card (or APU) uses the TeraScale family of microarchitectures, then your last expected WHQL driver is AMD Catalyst 15.7.1 for Windows 7, 8.x, and 10. You aren't entirely left out of Radeon Software Crimson Edition, however. The latest Crimson Edition Beta driver is compatible with TeraScale, but the upcoming certified one will not be.

GCN was introduced with the AMD Radeon HD 7000 series, although it was only used in the Radeon HD 7700 series GPUs and above. The language doesn't seem to rule out an emergency driver release, such as if Microsoft breaks something in a Windows 10 update that causes bluescreens and fire on older hardware, but they also don't say that they will either. NVIDIA made a similar decision to deprecate pre-Fermi architectures back in March of 2014, which applied to the release of GeForce 343 Drivers in September of that year. Extended support for NVIDIA's old cards end on April 1st, 2016.

I wonder why AMD chose a beta driver to stop with, though. If AMD intended to support TeraScale with Crimson, then why wouldn't they keep it supported until at the first WHQL-certified version? If they didn't intend to support TeraScale, then why go through the effort of supporting it with the beta driver? This implies that AMD reached a hurdle with TeraScale that they didn't want to overcome. That may not be the case, but it's the first thing that comes to my mind none-the-less. Probably the best way to tell is to see how people with Radeon HD 6000-series (or lower-end 7000/8000-series) cards work with Radeon Software Crimson Beta.

Likely the last drivers that users with Radeon HD 6000-series graphics need are 15.7.1 or Radeon Software Crimson Edition Beta. We will soon learn which of the two will be best long-term.

Or, of course, you can buy a newer GPU / APU when you get a chance. 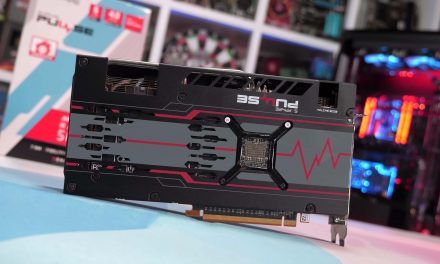