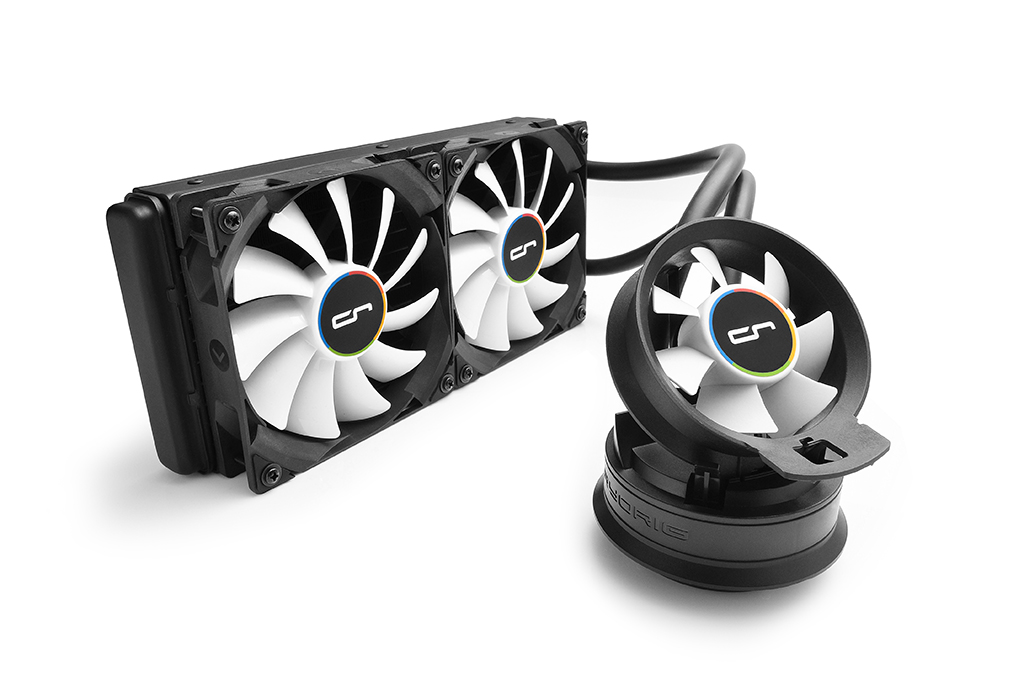 CRYORIG has a new take on the venerable closed-loop liquid CPU cooler, addressing concerns about the temps of surrounding components on the board by including a reversible fan which mounts to the CPU block.

“The CRYORIG’s A40/A40 Ultimate and A80 HLC units are built on the base of Asetek’s 5th Generation Pump and CPU Cold Block technology with a small but obvious twist. With an additional adjustable and detachable Airflow fan, the CRYORIG A Series HLC is capable of lowering the temperatures of the components surrounding the CPU by up to 20%.”

The company has released this slick video to demonstrate the difference this additional fan makes:

It’s an interesting concept and certainly any airflow over motherboard components it better than none, though I am slightly worried about increased noise from the 70 mm pump-mounted fan providing the hybrid cooling.

The new coolers are being released in Japan on November 5, with “mid-to-late November” promised for worldwide availability.

Danger Den is at it again

Leaky reservior got you down?

They’re still not rocket shoes, and there’s no phone!