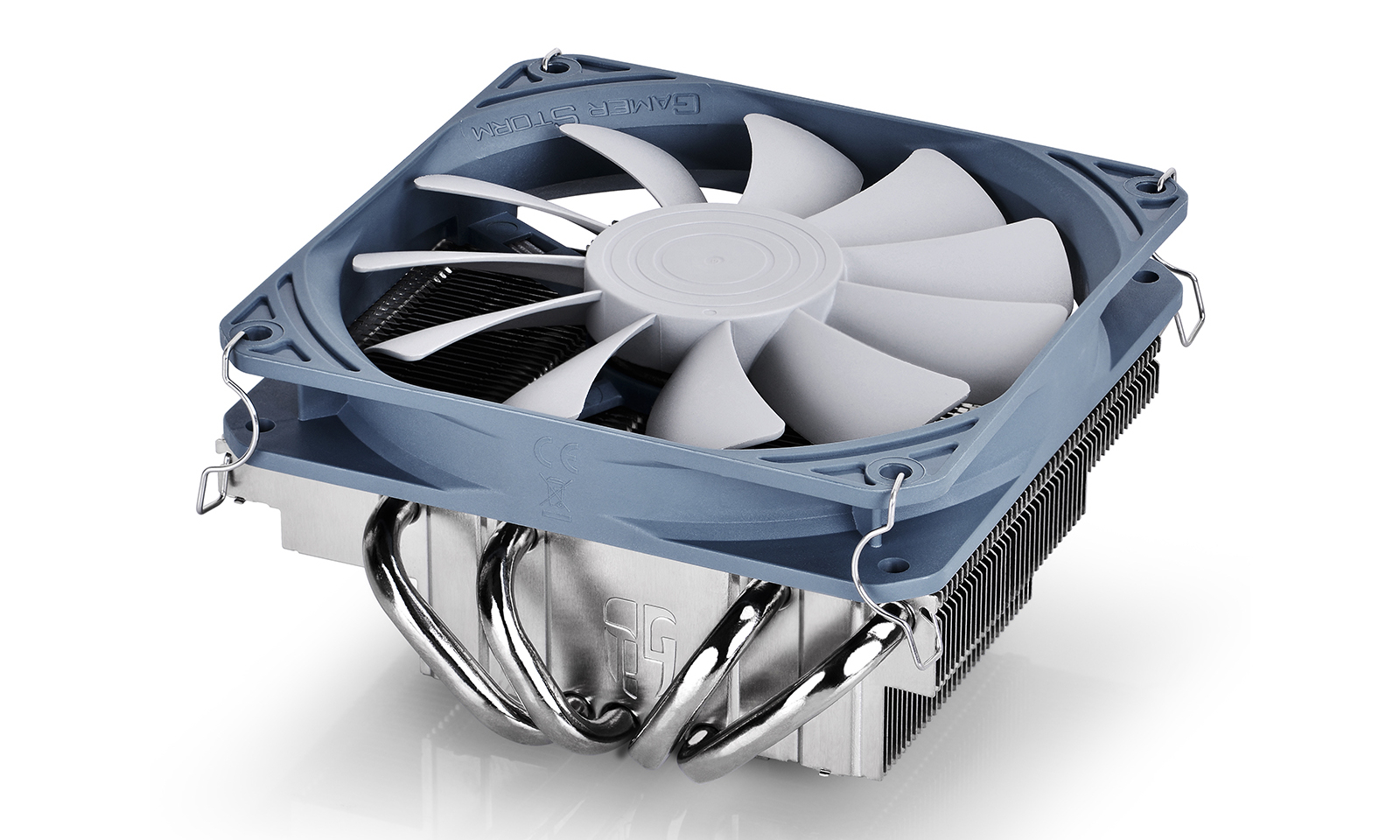 An inexpensive air cooler with mini-ITX builds in mind.

DEEPCOOL's Gabriel is part of their Gamer Storm series of products, and this low-profile design is rated up to 95 W to keep the latest processors cool under load. So how does it perform? We'll take a close look at the performance of this mini-ITX inspired air cooler in today's review.

There are so many inexpensive options for air cooling on the market that it's almost overwhelming. At the top of the list in popularity are low-cost tower coolers from Cooler Master, with the ubiquitous Hyper 212 Evo at around $30, and the slightly smaller Hyper T4 at $25. But with a height of 159 mm for the 212 Evo and 152.3 mm for the T4 these coolers are not going to fit in every situation – and certainly not in a slim enclosure. There are plenty of low-profile CPU coolers on the market, one of the lowest being the Noctua NH-L9i, a $40-ish cooler which stands just 37 mm tall (with the fan!), but the tan and reddish-brown color scheme isn't for everyone, and the ultra-low profile design (which is also limited to a 92 mm fan) won't be required for many builds.

So when I began looking for a low-profile air cooler for my own use recently one of the options that cought my eye was this Gabriel, part of DEEPCOOL's Gamer Storm line.  The Gabriel had the advantage of being just $34.99 on Newegg when I picked it up, making it less expensive (and less tan and brown) than the Noctua. At 60 mm tall with its 120 mm fan installed, the Gabriel should fit in most low-profile enclosures, considering even half-height expansion cards are a bit taller at about 69 mm. The Gabriel also offers an understated look with a grey (well, mostly grey) fan. Of course appearances mean nothing unless it's well made and cools effectively, and for myself the question became, is this going to rival the experience of a Noctua (long my preferred brand) CPU cooler?

As a quick aside here I'll mention that Intel is no longer shipping heatsinks with their latest enthusiast processors (not that I would ever have recommended the use of the Intel CPU cooler with an unlocked part), so a CPU cooler will have to be on the system-builder's list if they're starting from scratch – even if previously the stock cooler would have sufficed. The market needs some good, low-cost options, and we'll see how the Gabriel stacks up.

First we'll check out the full specifications from DEEPCOOL: 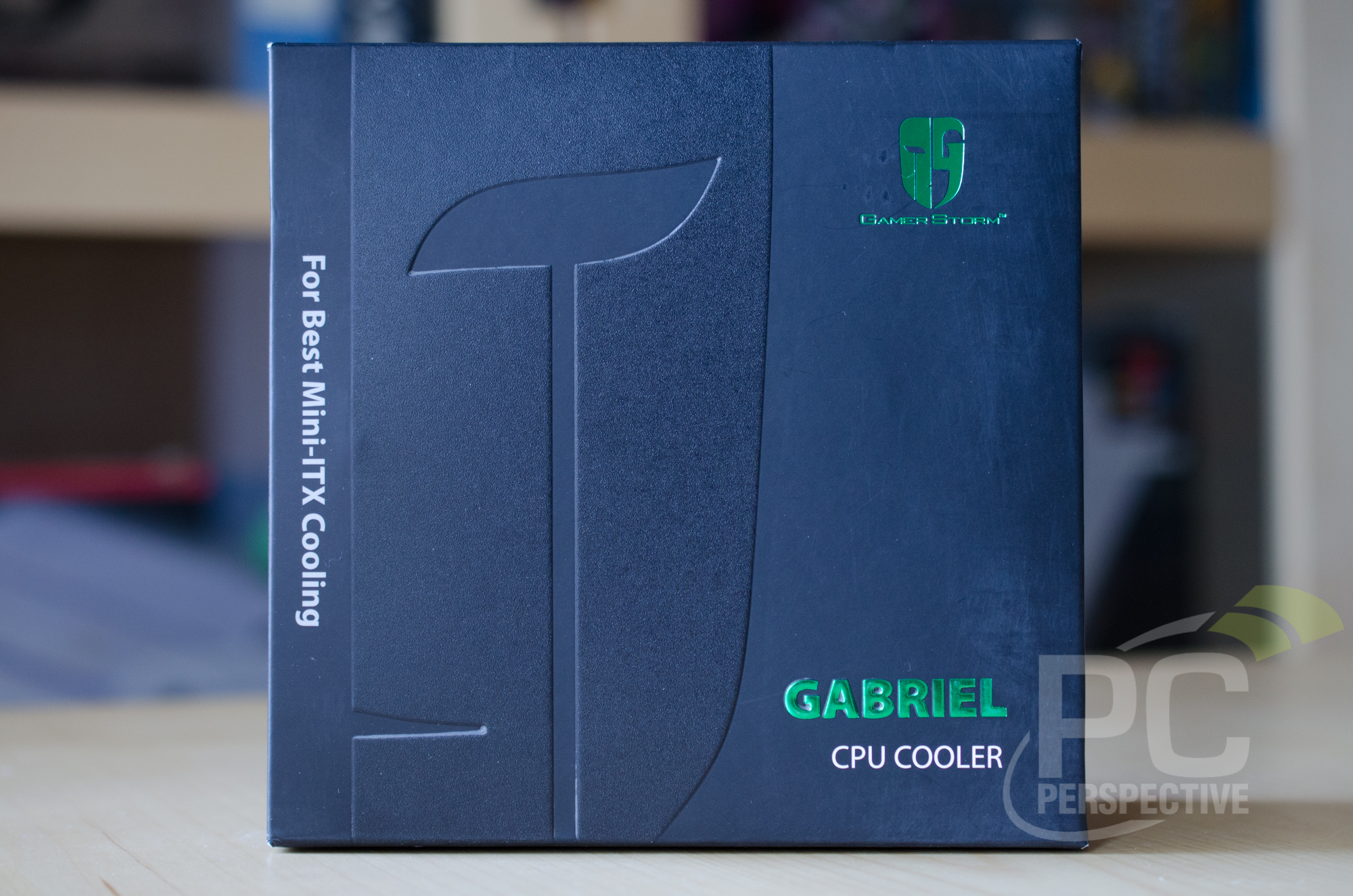 The Gabriel arrives in rather deluxe packaging, nicer than I was expecting given the price. 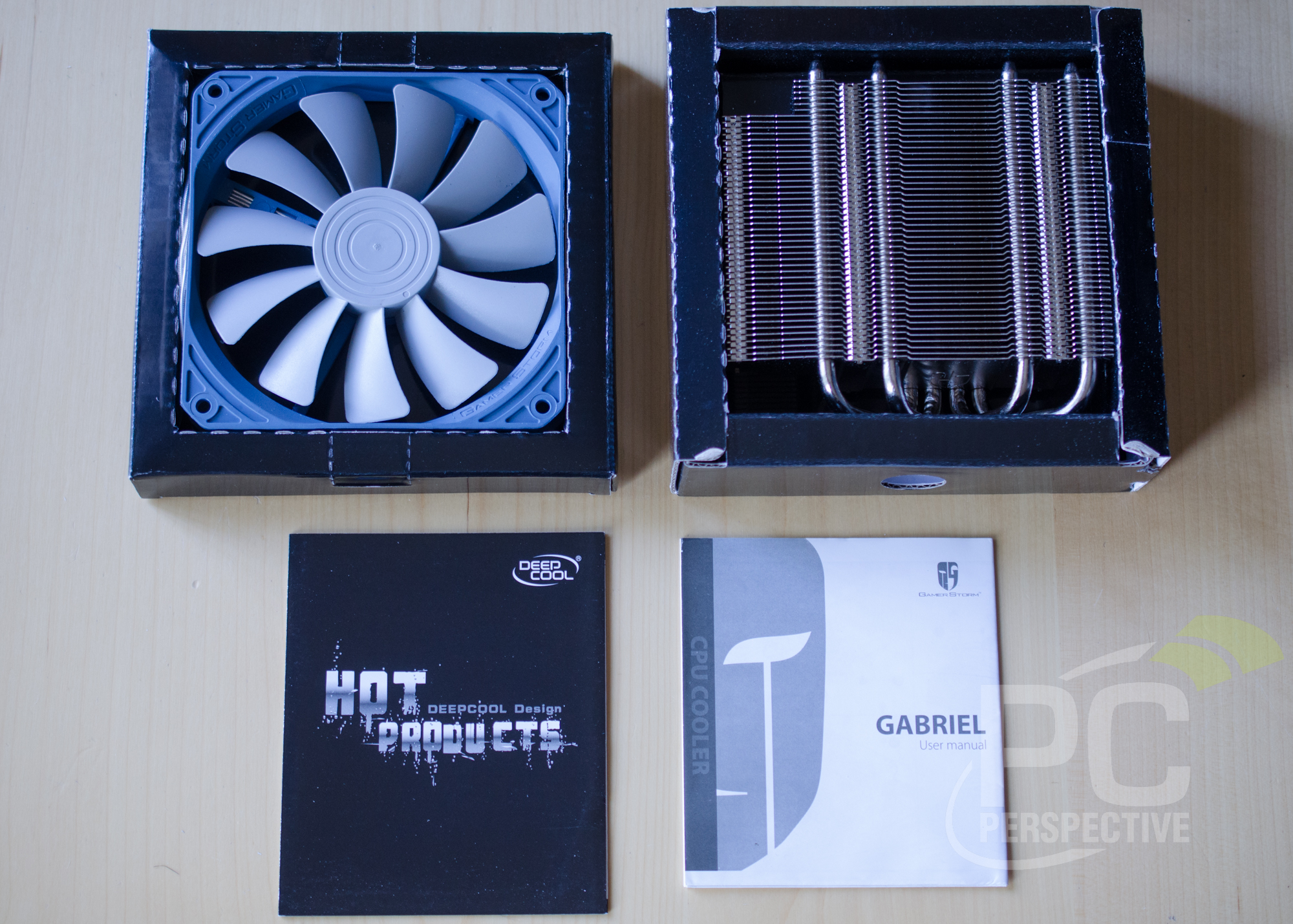 Once inside the cooler is well protected in the cardboard container, with the fan and heatsink separately secured. 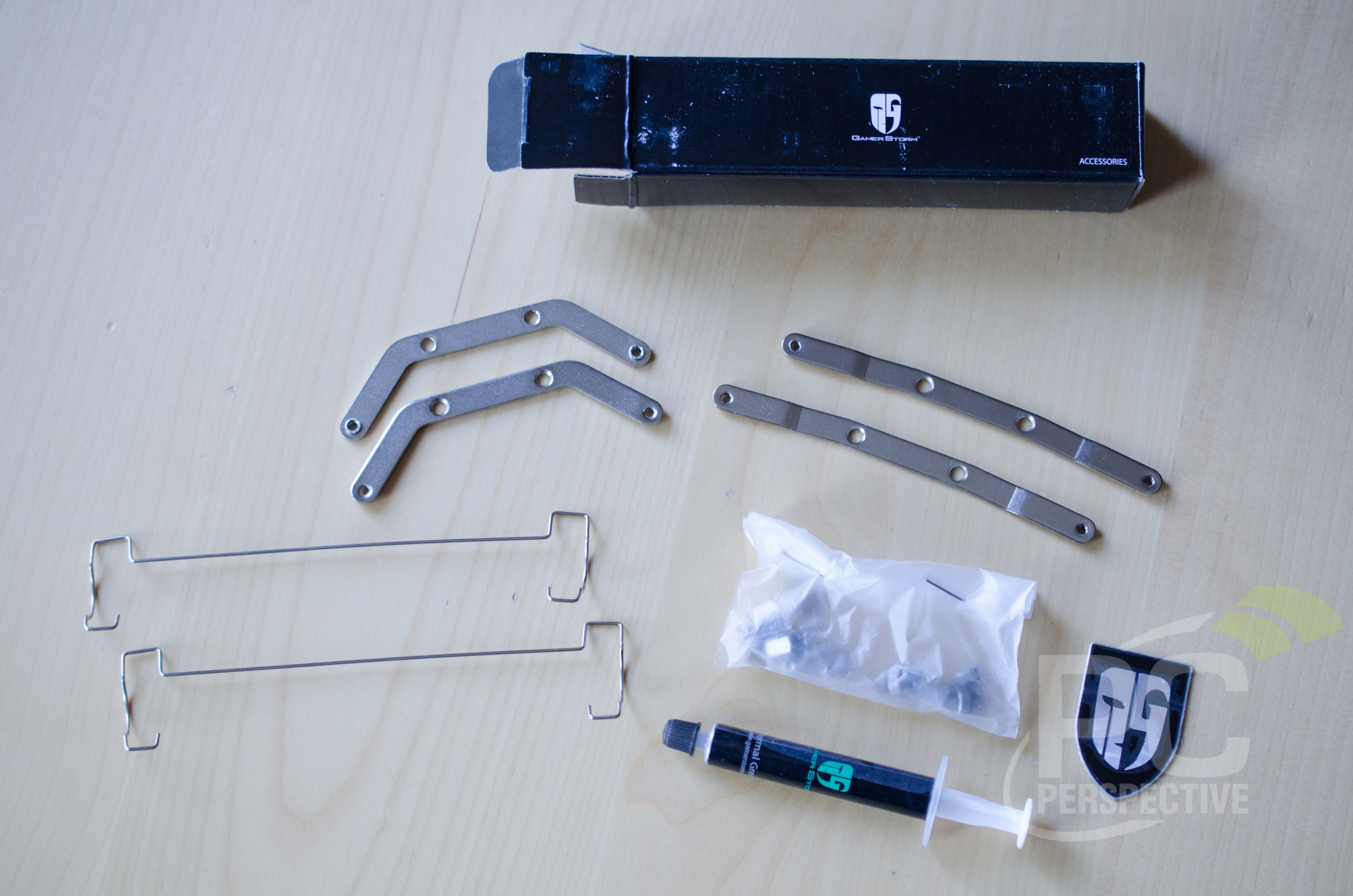 Here we see the contents of the separate accessory box, and DEEPCOOL demonstrates good attention to detail with this. Screws are separate from other hardware, there's a tube of the company's thermal paste (though I used Noctua NT-H1 for consistency with comparison benchmarks), and there's even a case badge for those who want to advertise the brand. 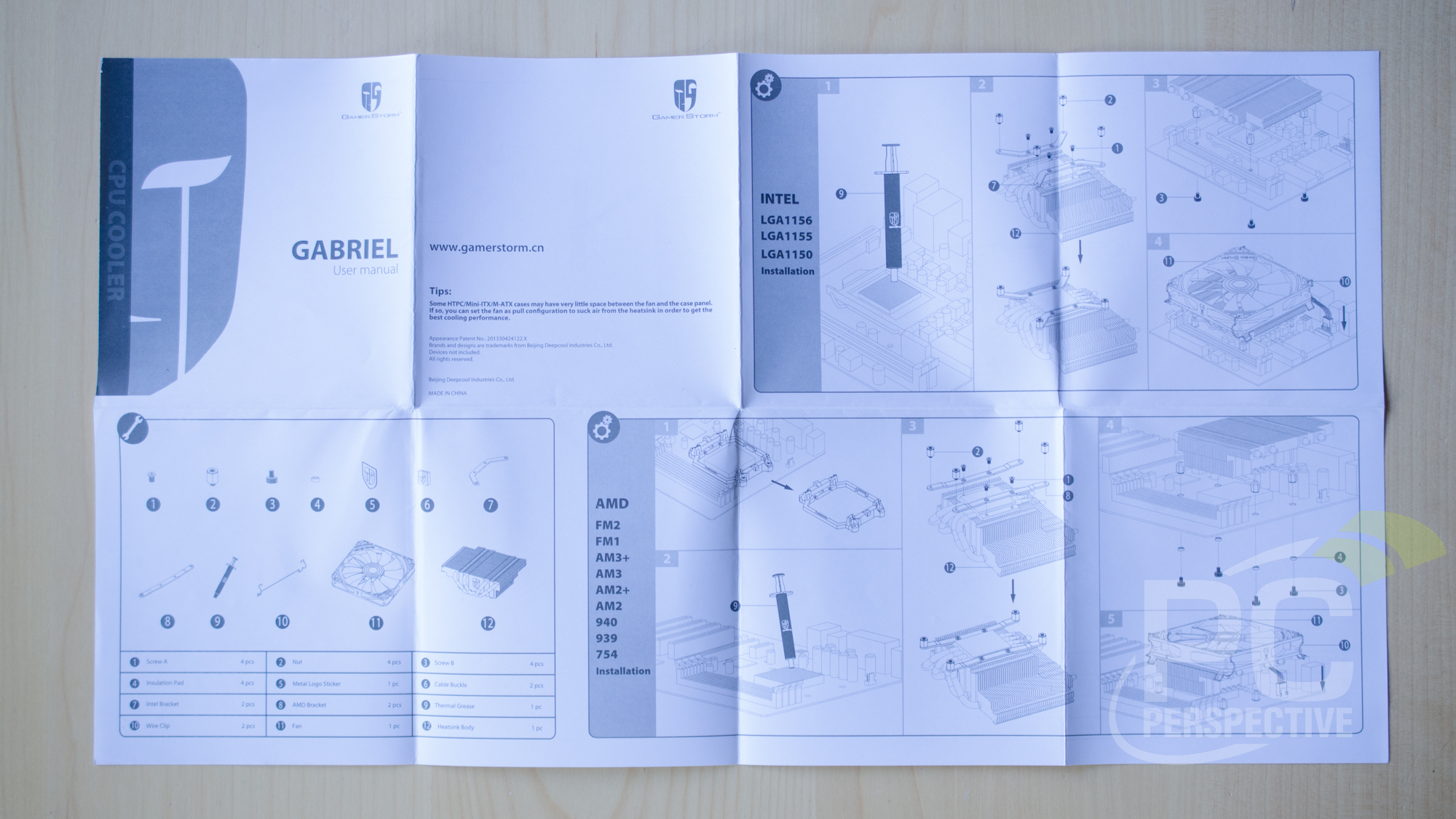 The instruction manual is easy enough to understand, and this looks like a simple product to install.

"Gabriel consists of a copper base with four soldered copper heatpipes and aluminum fins. The full set of heatsink is nickel-plated in order to inhibit oxidization and ensure a long lifespan." 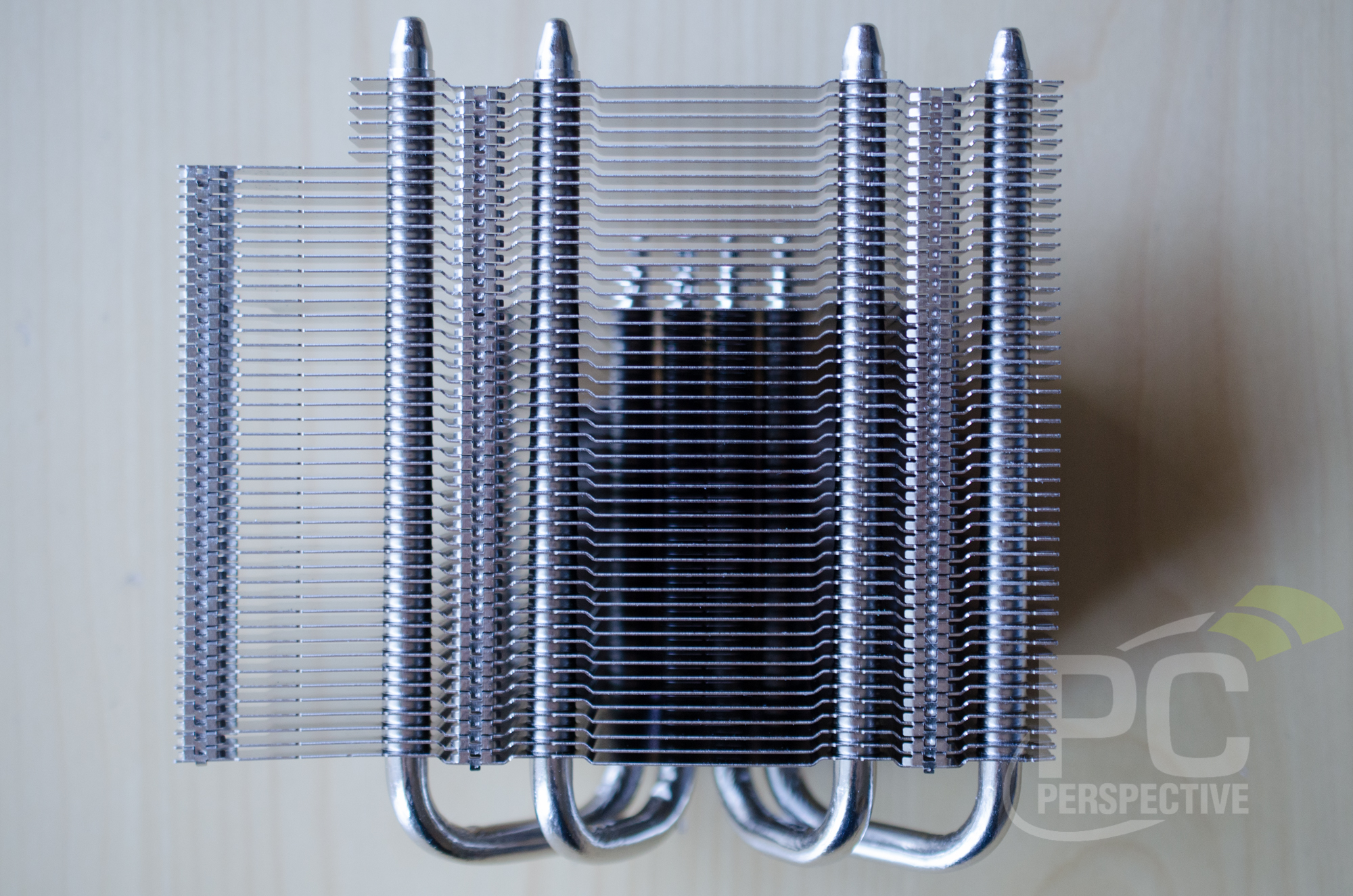 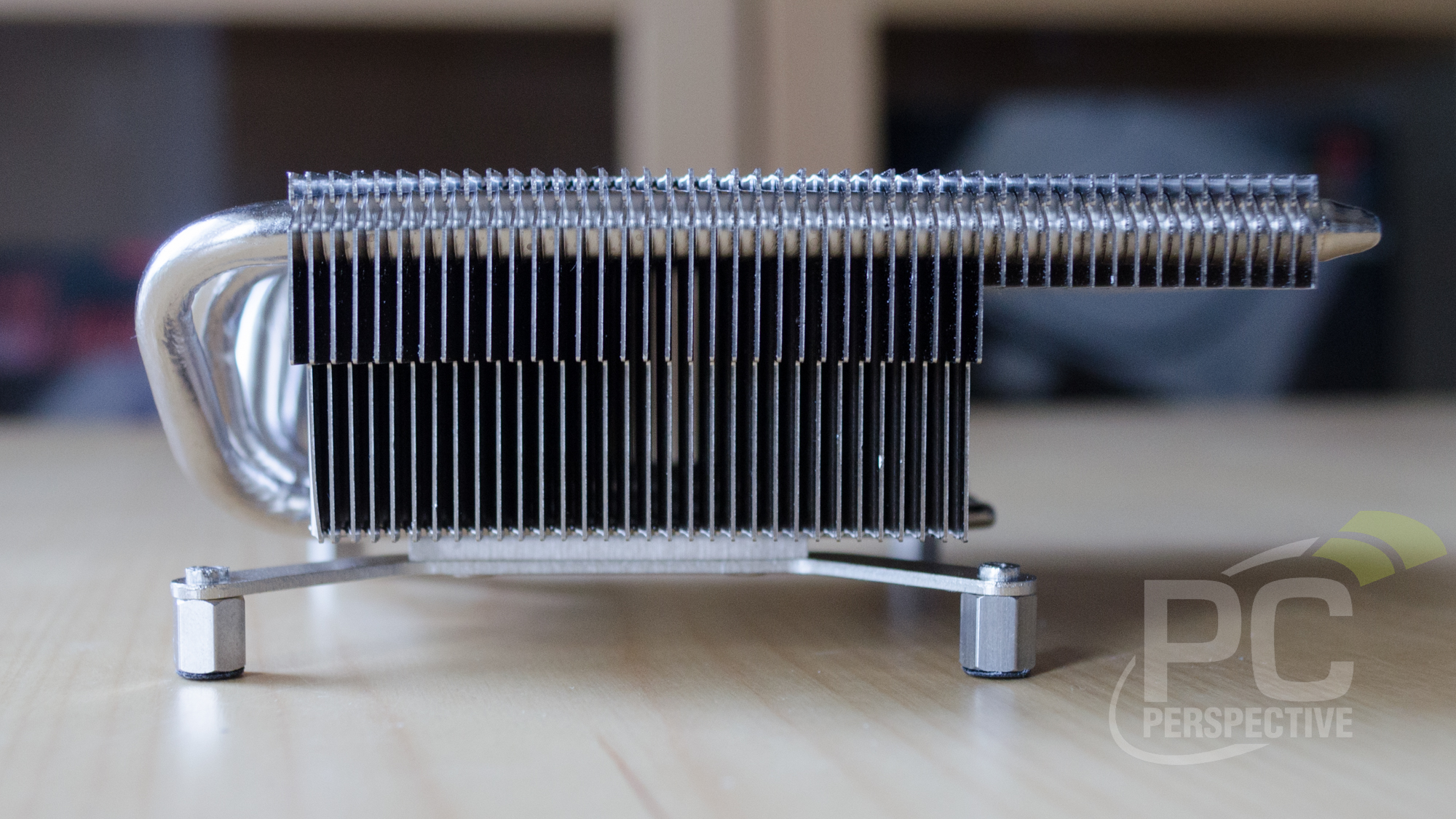 The base of the heatsink isn't perfectly flat, rather it is machined with a finely brushed finish: 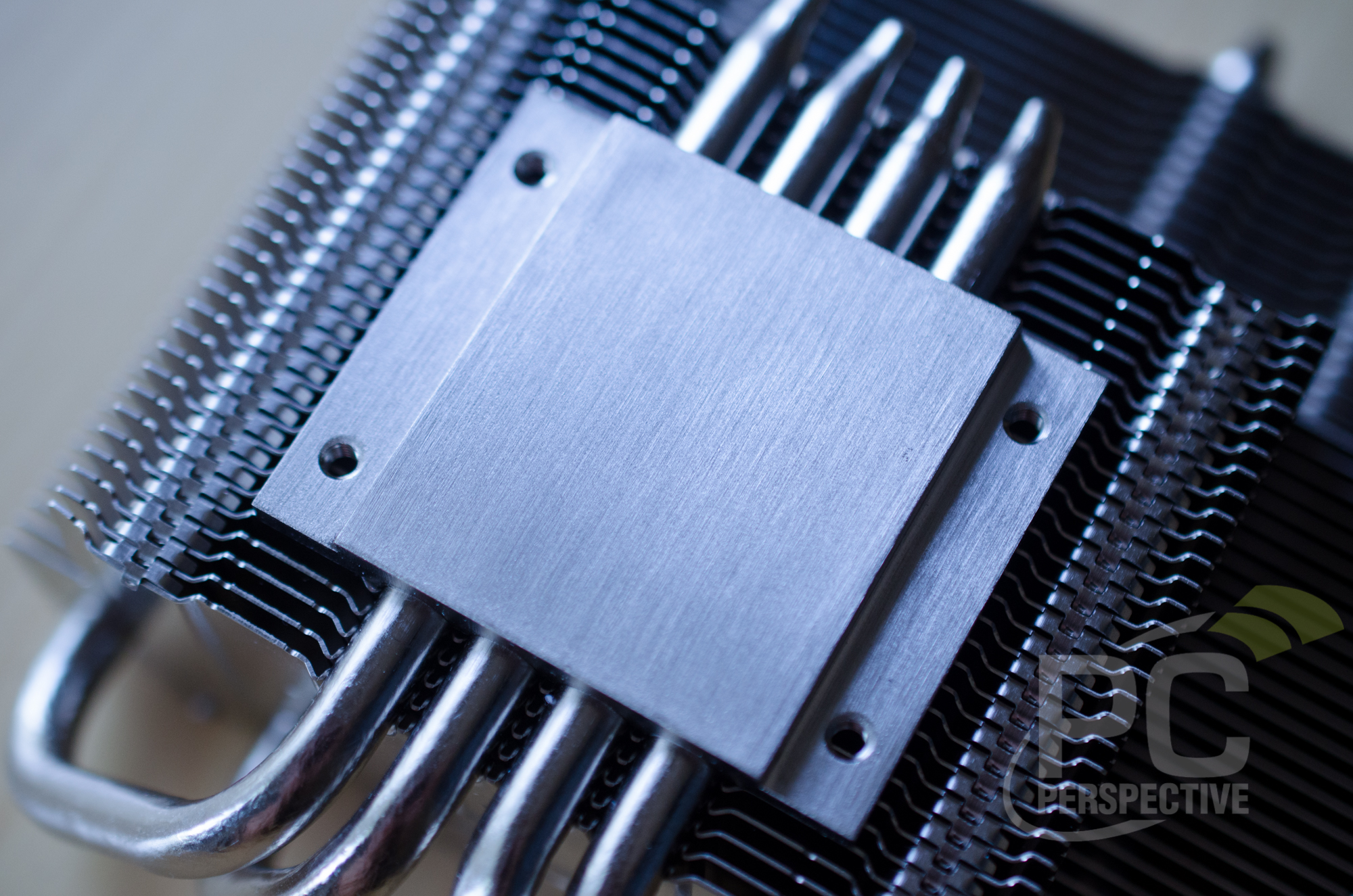 Thermal paste will be all-important here to provide a good connection to the processor, but this dependence is nothing new for budget coolers such as the aforementioned Cooler Master models whose direct copper pipes create an uneven surface when mating with the CPU.

Next we have the 120 mm fan, which is just 20 mm thick and has a very nice-looking cable as well. 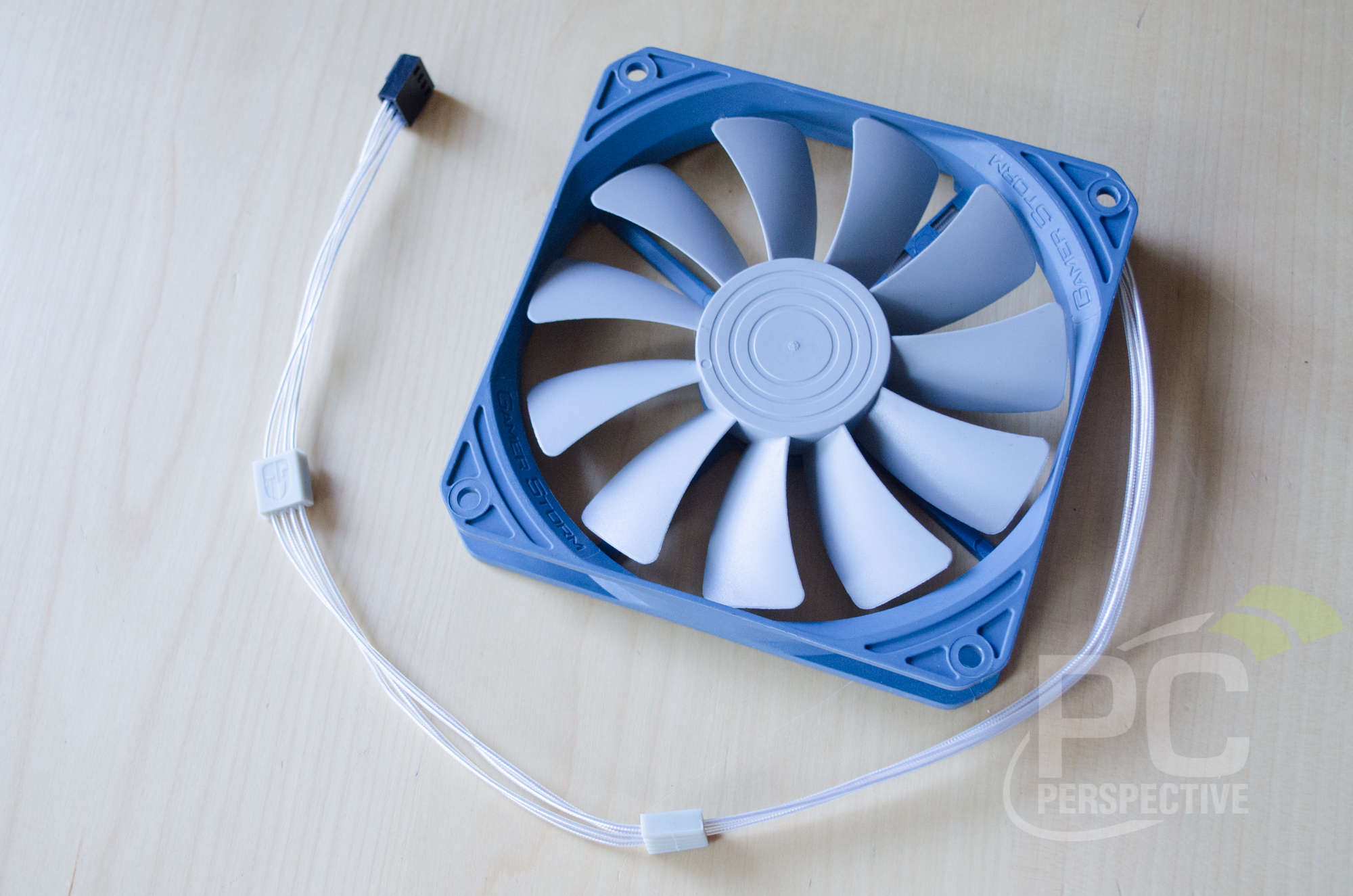 The fan has a decidedly blue tint in person

I'll quote DEEPCOOL again here for a description of the Gabriel's fan (and that cable):

"Gabriel is equipped with a high performance 120mm cooling fan, which can push 61.93CFM airflow to cool down the heatsink. This slim fan is PWM controlled, running at 900-1800 ± 10% RPM. However, it is very quiet – at 18.2dBA – due to its extraordinary dynamic balance.

The fan cable is made of PTFE (Poly Tetra Fluoro Ethylene), which withstands high temperatures and heavy duty usage. Two pieces of rubber cable ties are attached to route the fan cable to keep everything in place."

And with the fan attached with a pair of wire clips lets take a look at the finished product: 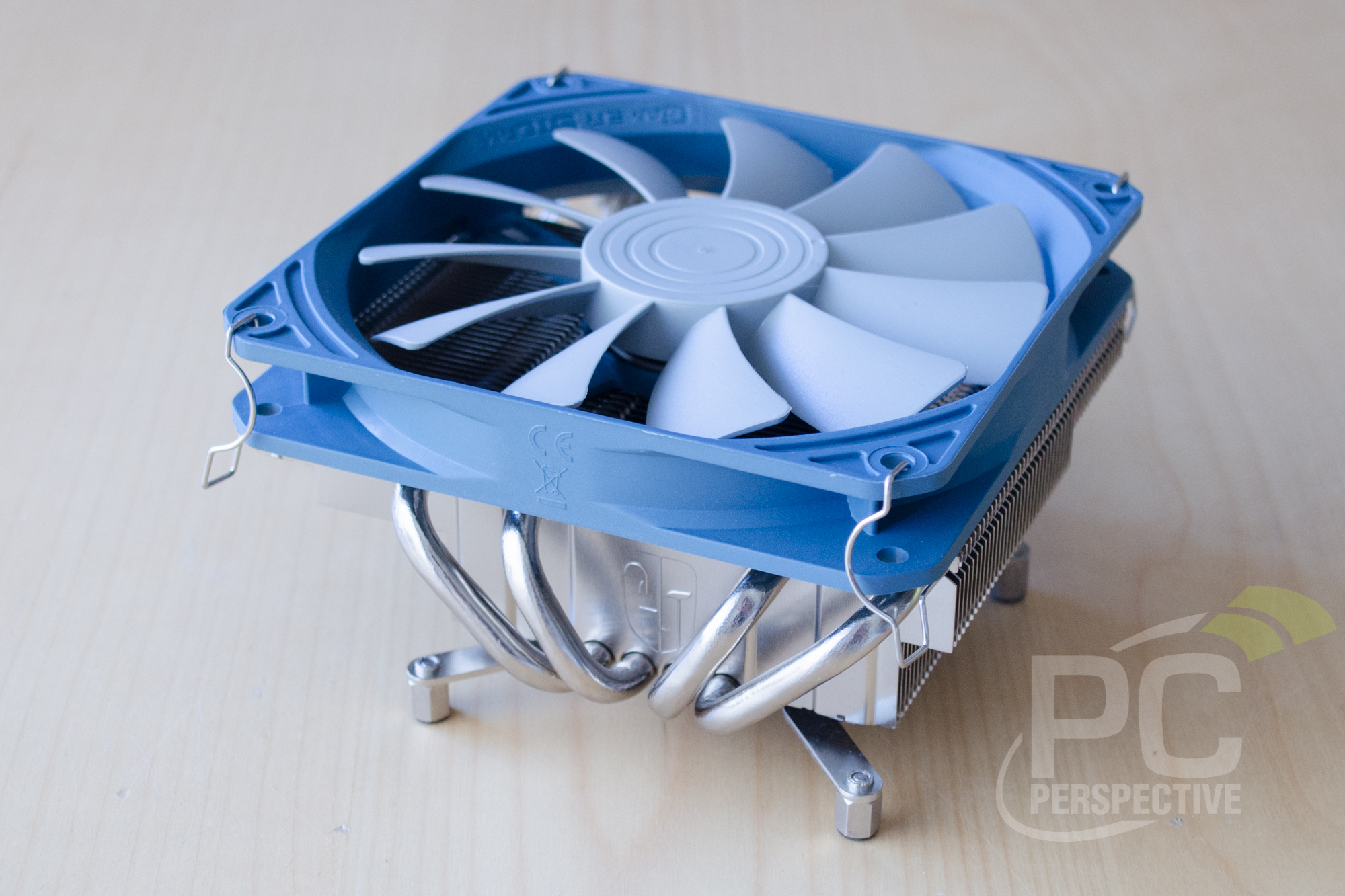 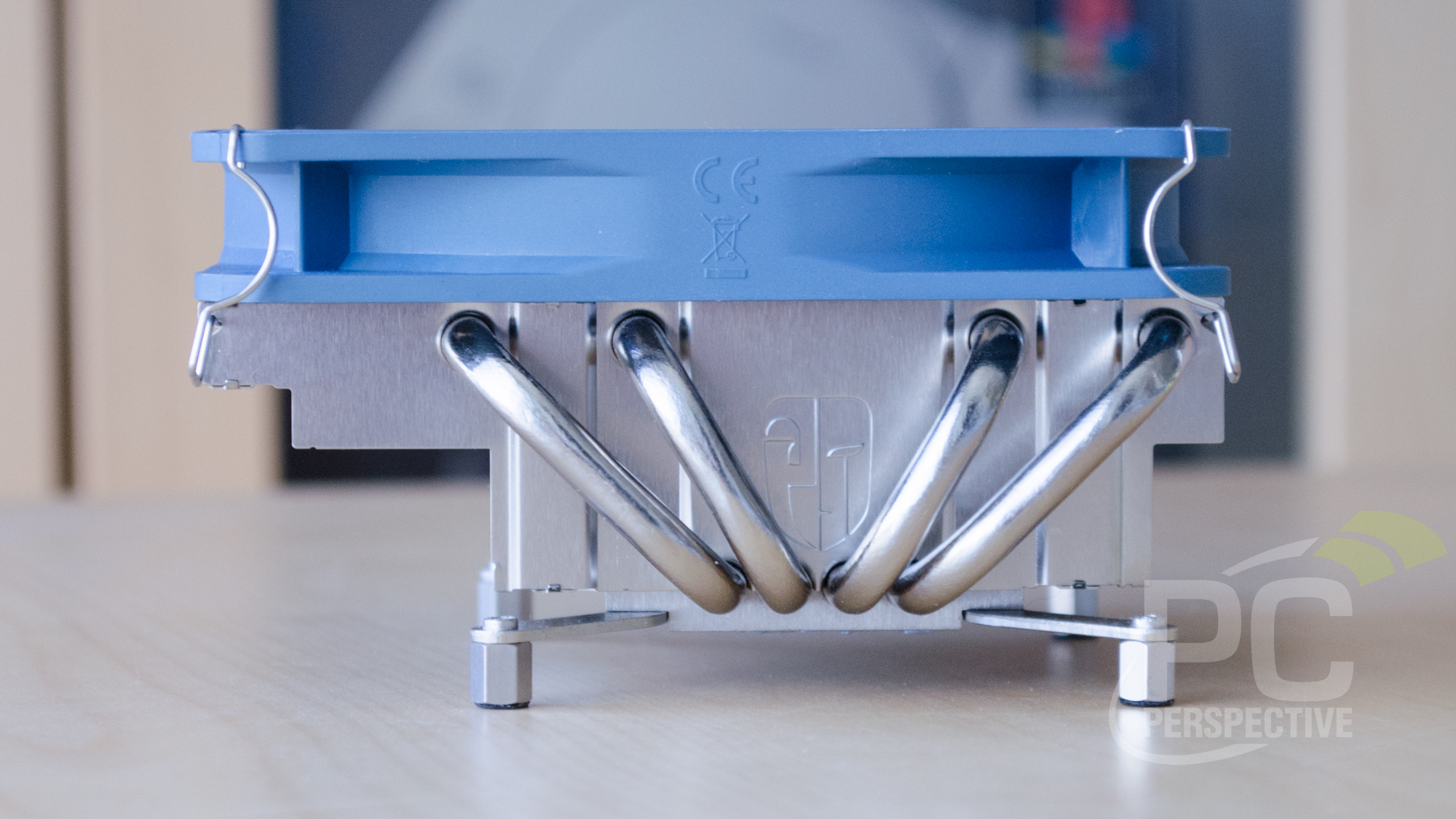 Looks pretty good. I was a little disappointed that the Gabriel wasn't quite the neutral grey from their product photos, as it has a decided blue cast to the frame, though it's still a sharp-looking cooler. But enough about appearance! How does the Gabriel mount, and (more importantly) how does it perform? We'll find out on the next page. 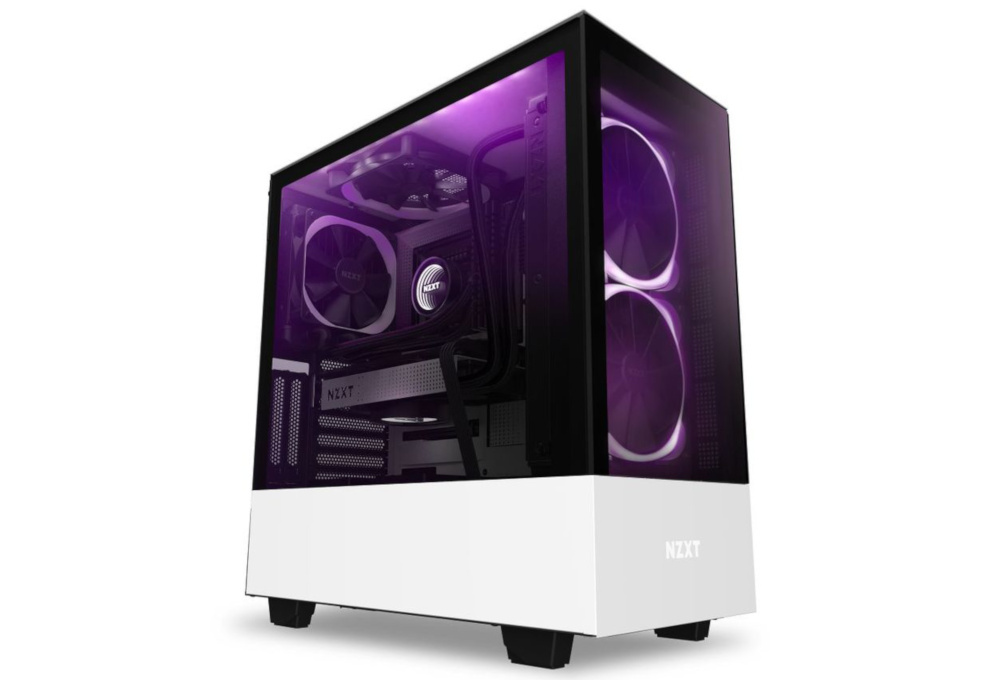