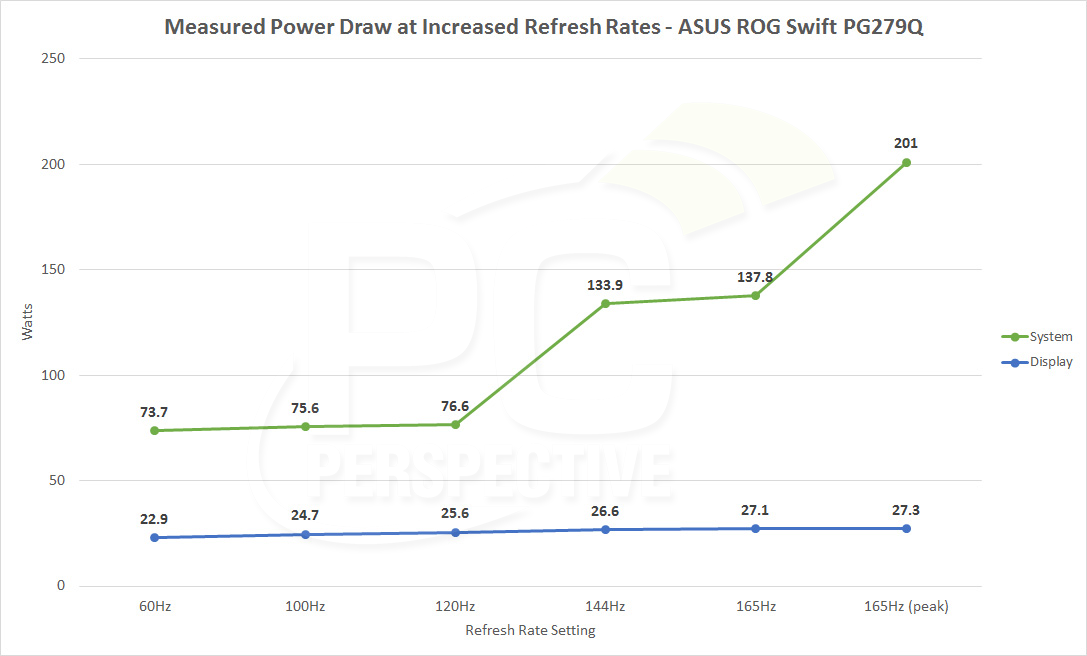 Last month I wrote a story that detailed some odd behavior with NVIDIA's GeForce GTX graphics cards and high refresh rate monitors, in particular with the new ASUS ROG Swift PG279Q that has a rated 165Hz refresh rate. We found that when running this monitor at 144Hz or higher refresh rate, idle clock speeds and power consumption of the graphics card increased dramatically.

The results are much more interesting than I expected! At 60Hz refresh rate, the monitor was drawing just 22.1 watts while the entire testing system was idling at 73.7 watts. (Note: the display was set to its post-calibration brightness of just 31.) Moving up to 100Hz and 120Hz saw very minor increases in power consumption from both the system and monitor.

But the jump to 144Hz is much more dramatic – idle system power jumps from 76 watts to almost 134 watts – an increase of 57 watts! Monitor power only increased by 1 watt at that transition though. At 165Hz we see another small increase, bringing the system power up to 137.8 watts.

When running the monitor at 60Hz, 100Hz and even 120Hz, the GPU clock speed sits comfortably at 135MHz. When we increase from 120Hz to 144Hz though, the GPU clock spikes to 885MHz and stays there, even at the Windows desktop. According to GPU-Z the GPU is running at approximately 30% of the maximum TDP.

We put NVIDIA on notice with the story and followed up with emails including more information from other users as well as additional testing completed after the story was posted. The result: NVIDIA has confirmed it exists and has a fix incoming!

In an email we got from NVIDIA PR last night:

We checked into the observation you highlighted with the newest 165Hz G-SYNC monitors.

Guess what? You were right! That new monitor (or you) exposed a bug in the way our GPU was managing clocks for GSYNC and very high refresh rates.

As a result of your findings, we are fixing the bug which will lower the operating point of our GPUs back to the same power level for other displays.

We’ll have this fixed in an upcoming driver.

This actually supports an oddity we found before: we noticed that the PG279Q at 144Hz refresh was pushing GPU clocks up pretty high while a monitor without G-Sync support at 144Hz did not. We'll see if this addresses the entire gamut of experiences that users have had (and have emailed me about) with high refresh rate displays and power consumption, but at the very least NVIDIA is aware of the problems and working to fix them.

I don't have confirmation of WHEN I'll be able to test out that updated driver, but hopefully it will be soon, so we can confirm the fix works with the displays we have in-house. NVIDIA also hasn't confirmed what the root cause of the problem is – was it related to the clock domains as we had theorized? Maybe not, since this was a G-Sync specific display issue (based on the quote above). I'll try to weasel out the technical reasoning for the bug if we can and update the story later! 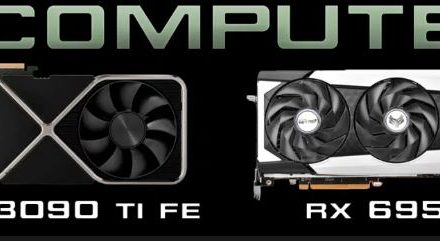