A new report points to an entry from the USB implementors forum, which shows an unreleased AMD Bristol Ridge SoC.

Bristol Ridge itself is not news, as the report at Computer Base observes (translation):

"A leaked roadmap had previously noted that Bristol Ridge is in the coming year soldered on motherboards for notebooks and desktop computers in special BGA package FP4."

But there is something different about this chip as the report point out the model name FX-9830P pictured in the USB.org screen grab is consistent with the naming scheme for notebook parts, with the highest current model being FX-8800P (Carrizo), a 35W 4-thread Excavator part with 512 stream processors from the R7 GPU core. 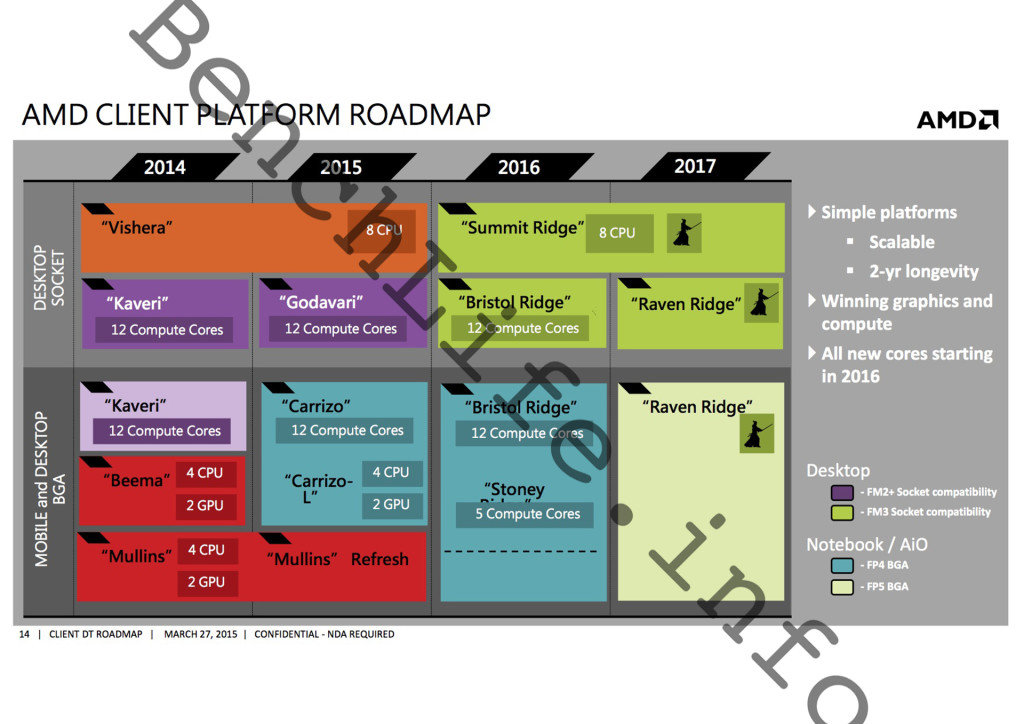 No details are available other than information from a leaked roadmap (above), which points to Bristol Ridge as an FP4 BGA part for mobile, with a desktop variant for socket FM3 that would replace Kaveri/Godavari (and possibly still an Excavator part). New cores are coming in 2016, and we'll have to wait and see for additional details (or until more information inevitably leaks out).

“Bristol Ridge isn’t just limited to mobility platforms but will also be featured on AM4 desktop platform as Bristol Ridge will be the APU generation available on desktops in 2016 while Zen would be integrated on the performance focused FX processors.”

WCCFtech’s report also included a link to this SiSoftware database entry for an engineering sample of a dual-core Stoney Ridge processor, a low-power mobile part with a 2.7 GHz clock speed. Stoney Ridge will reportedly succeed Carrizo-L for low-power platforms.

The report also provided this chart to reference the new products: 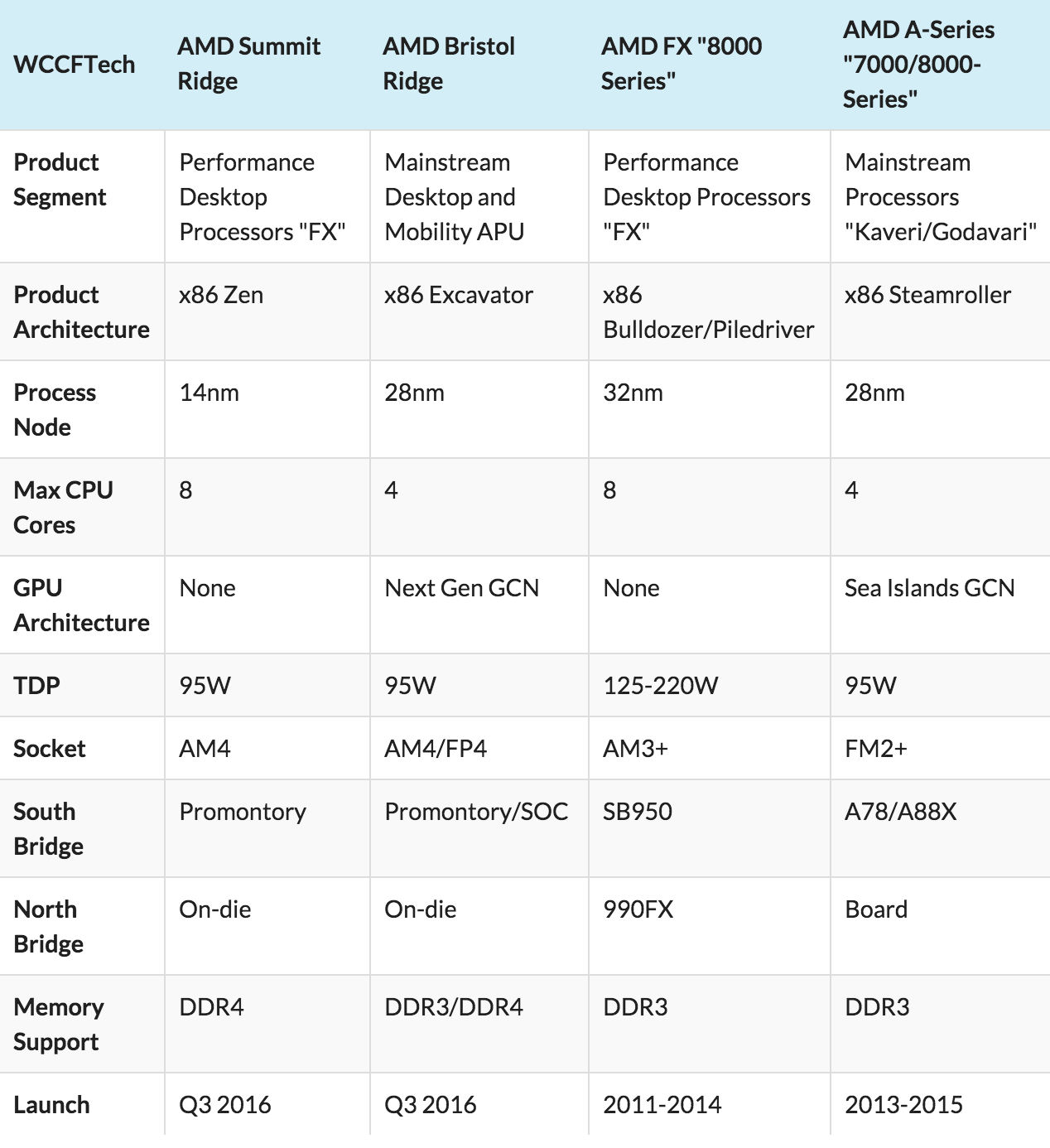