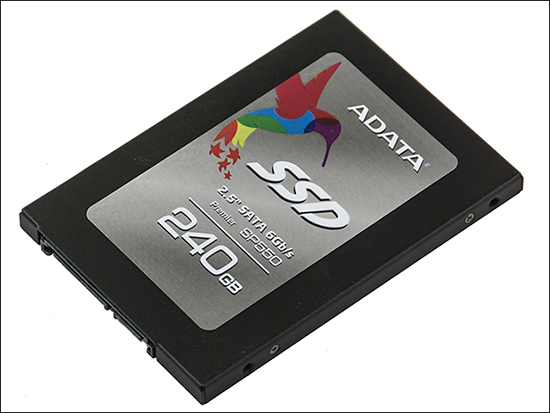 At a current price of $67 the AData Premier SP550 240GB is one of the least expensive SSDs on the planet.  One has to wonder what kind of quality one would get at such a steep discount which is one of the reasons Hardware Canucks published this review of the drive.  The controller is Silicon Motion's talented SM225 which can interface with 1x/1y/1z nm TLC NAND from any manufacturer on the market, in this case 16nm SK Hynix 128Gbit TLC NAND.   As to performance, read speeds are very competitive at least until the 256MB DDR3-1600 cache fills at which point the speed does decrease, unfortunately read speeds are strangely slow even for TLC.  The three year, 90 TB written warranty is not spectacular but should give you at least some confidence in the reliability of the drive.  At the price you do make some sacrifices, but what a nice price.

"With a price of just $80 and performance numbers that -on paper at least- look extremely competitive, is the AData Premier SP550 the budget SSD to get?"