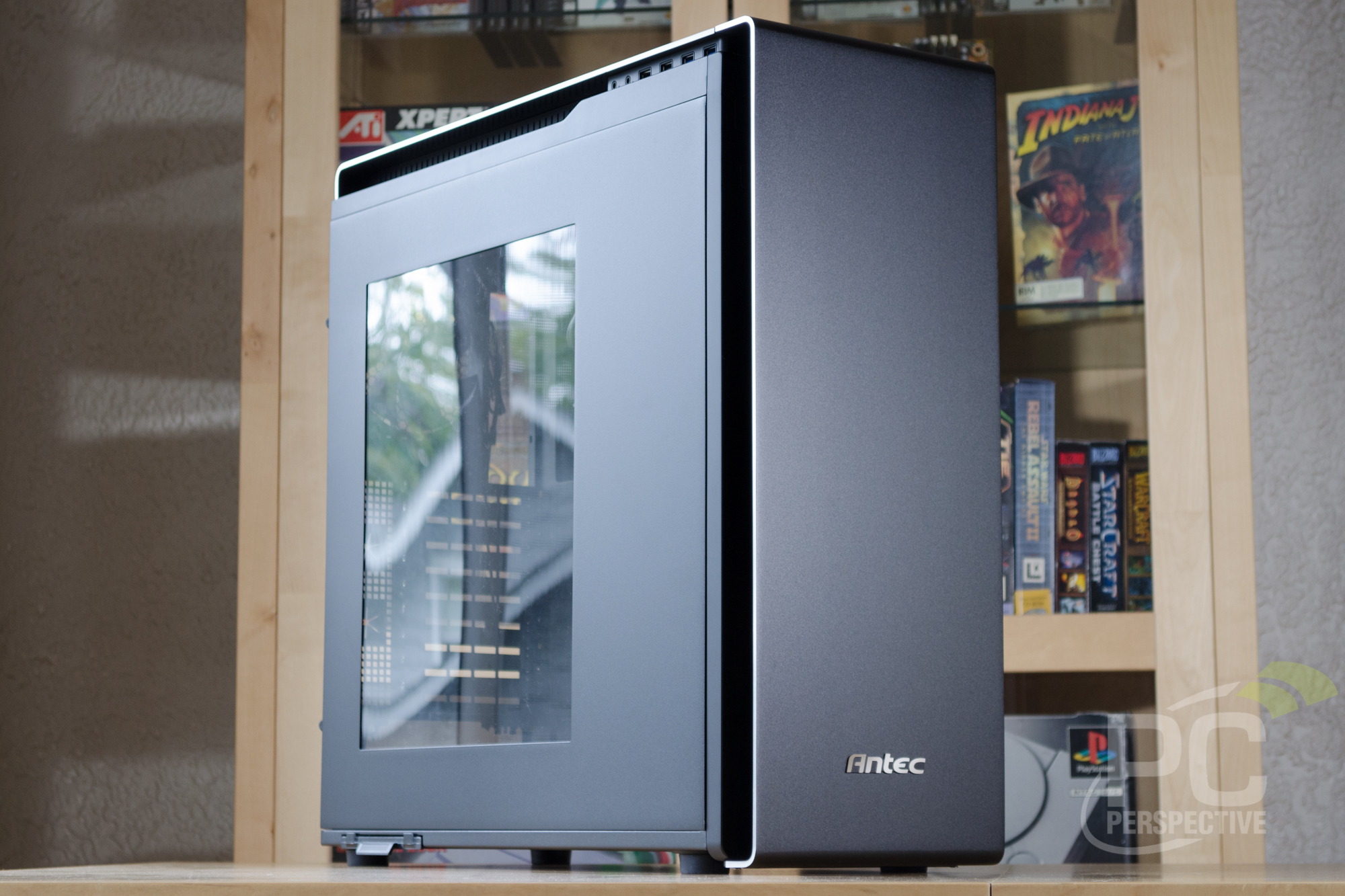 The P380 isn't the wide-open enclosure we often see from newer designs that forgo the optical drives up front. The tower of hard drive bays up front takes up quite a bit of space (I'm not complaining), but there is still plenty of room to maneuver around the motherboard tray. 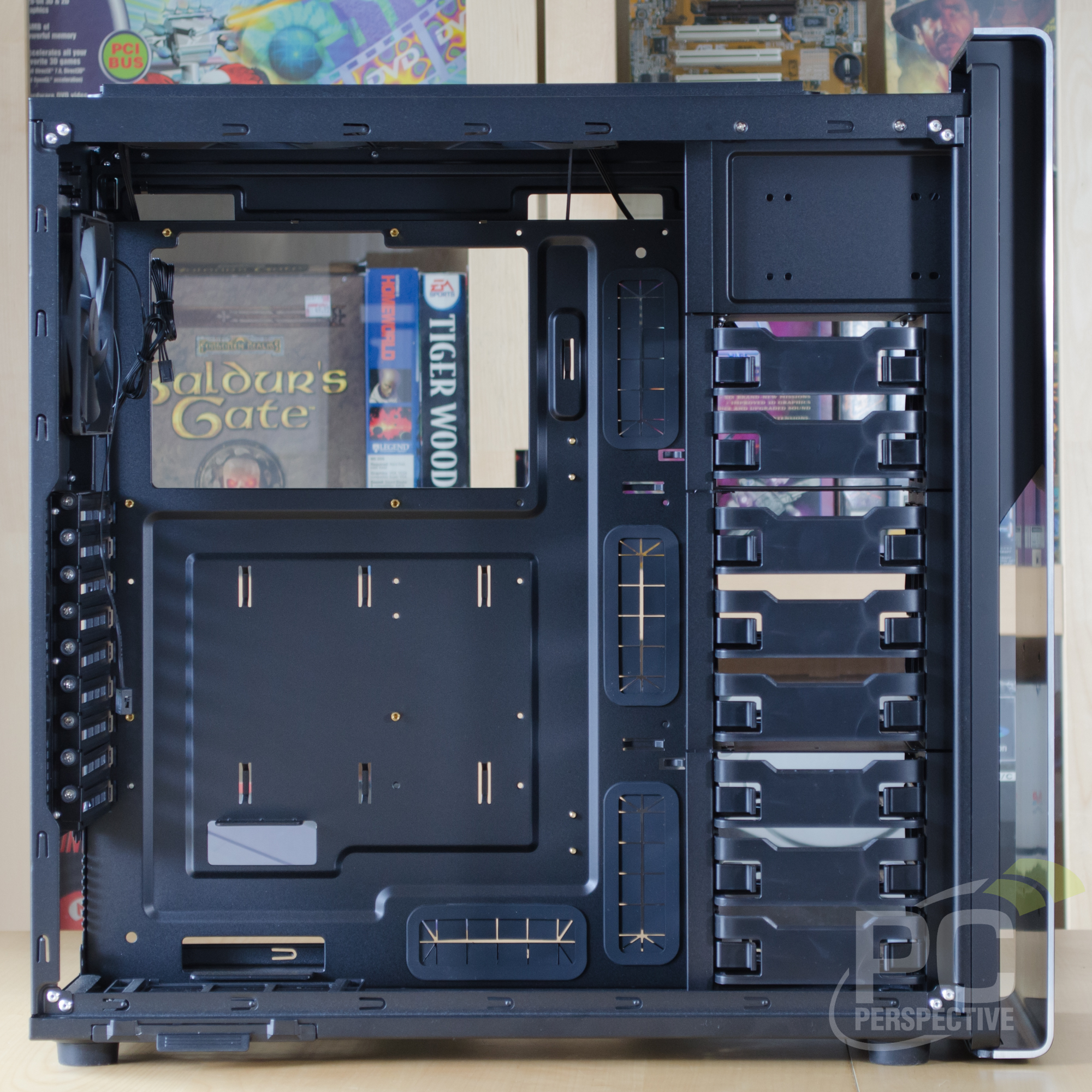 There's a big opening in the motherboard tray for easier CPU cooler installation, and a good implementation of cable routing openings, which are large and feature nice rubber grommets. That said, the case started to feel less impressive the more I took it apart. With the side and upper panels removed the steel frame feels thin and can be flexed rather easily. The ease with which I was able to push in the rear of the case near the expansion bays was a little disconcerting. 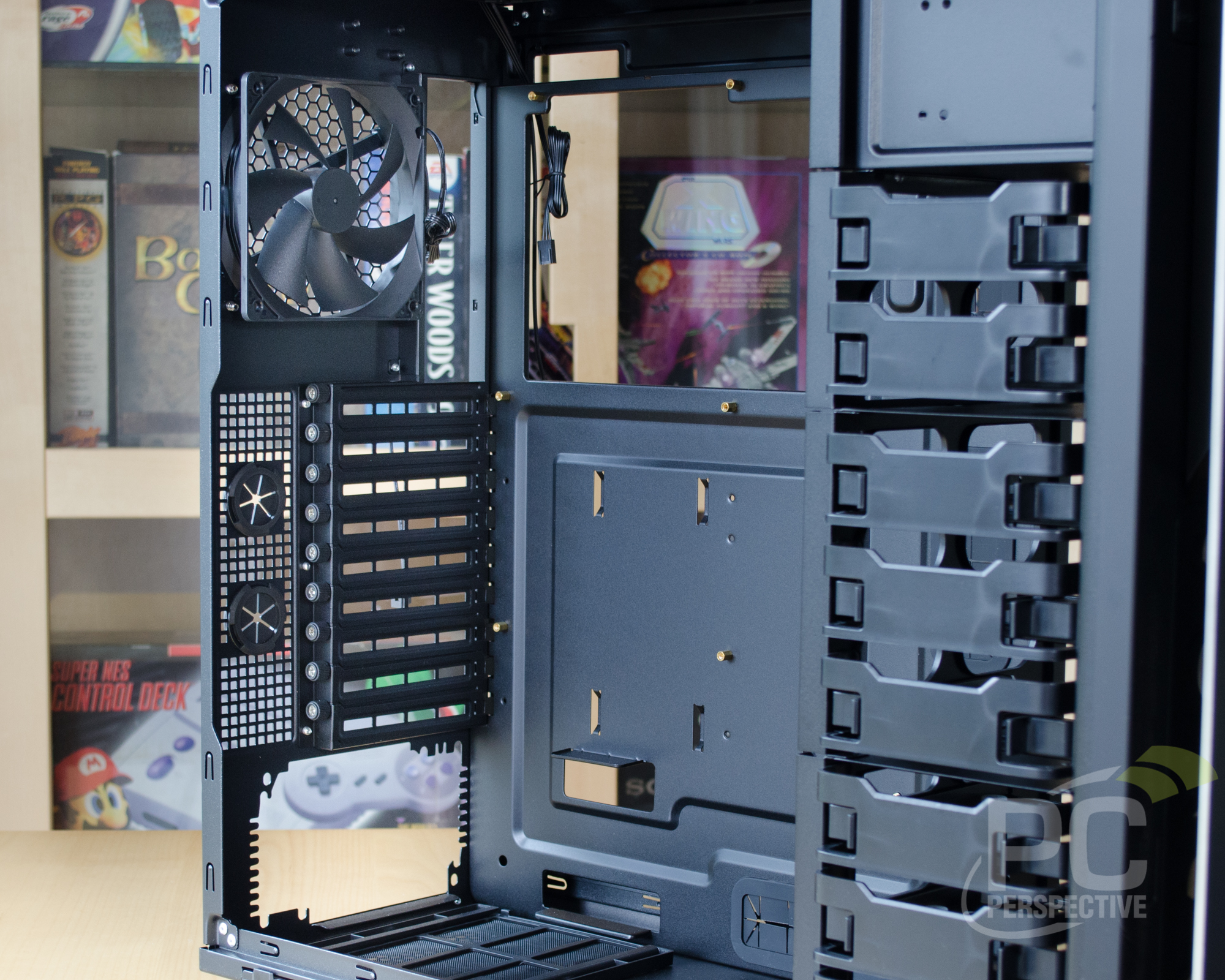 Aside from some hesitation about the construction of the P380's internal frame, I also noticed something odd about this underlying design. There is a suspicious-looking area in the upper right of the case that looks like… no, that can't be a pair of 5.25-inch optical drive bays up front, can it? Such bays are not on the spec sheet, and of course the P380 has a solid front panel. 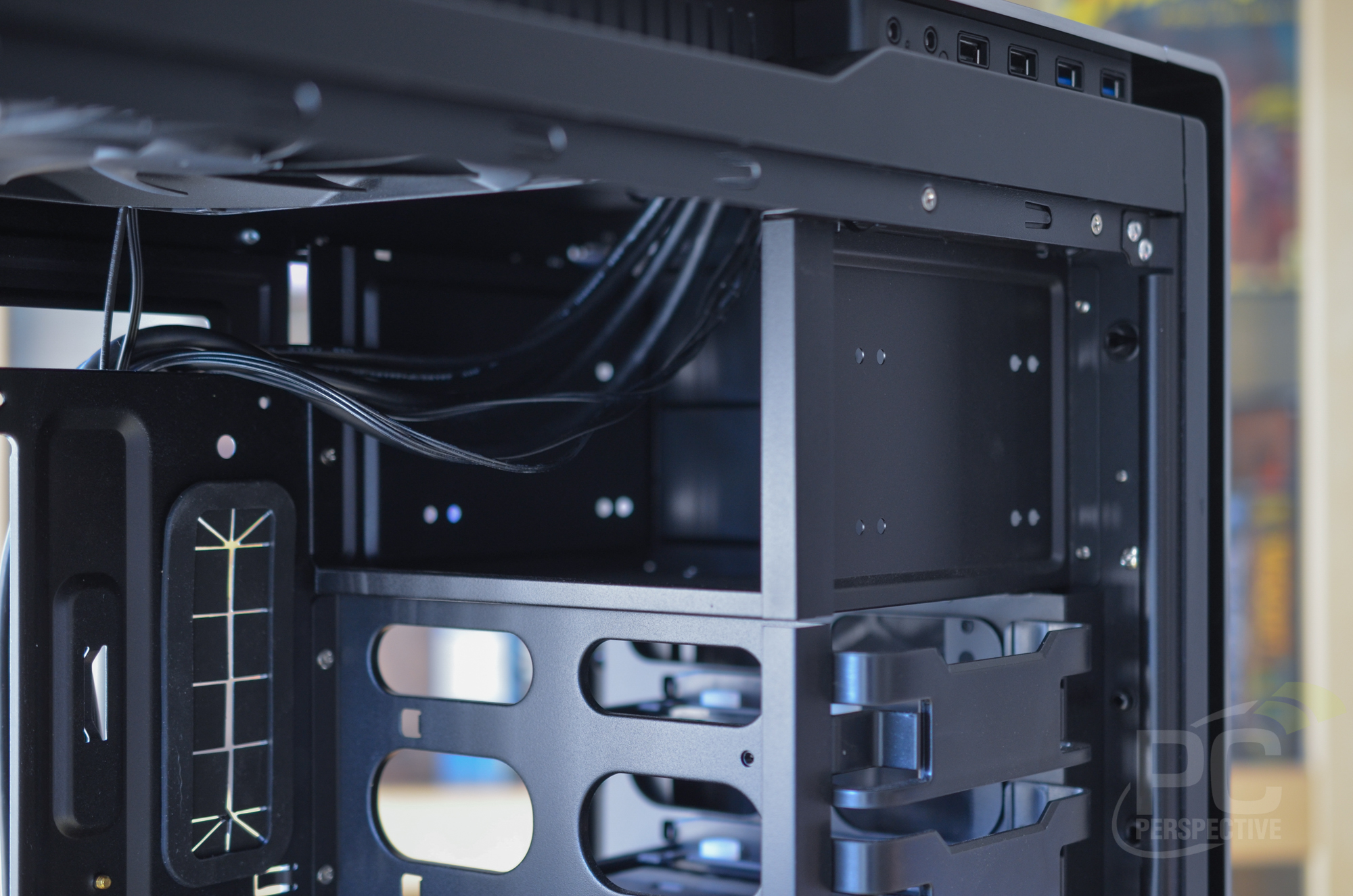 To find out what exactly was going on here I took off the front panel – a rather involved process. The front panel doesn't swing open, nor does it snap off. There are several screws to remove to get to the front of the case, necessary to install fans, access the filter, and install a slim optical drive via the included adapter. Such surgery is quite out of keeping with current enclosure designs. 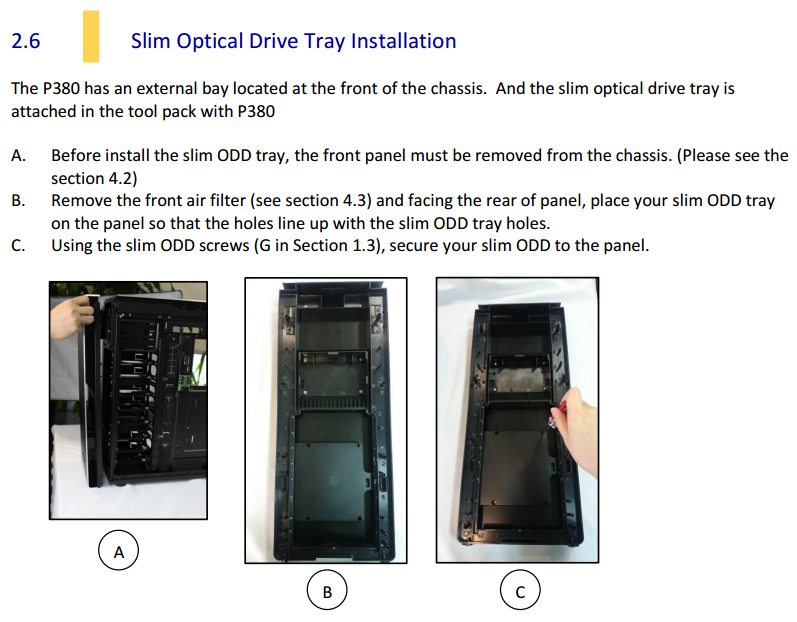 The first step in accessing the front of the enclosure is to remove the top panel. This comes off easily by removing a pair of thumbscrews at the back and then sliding it toward the rear until it unlocks. 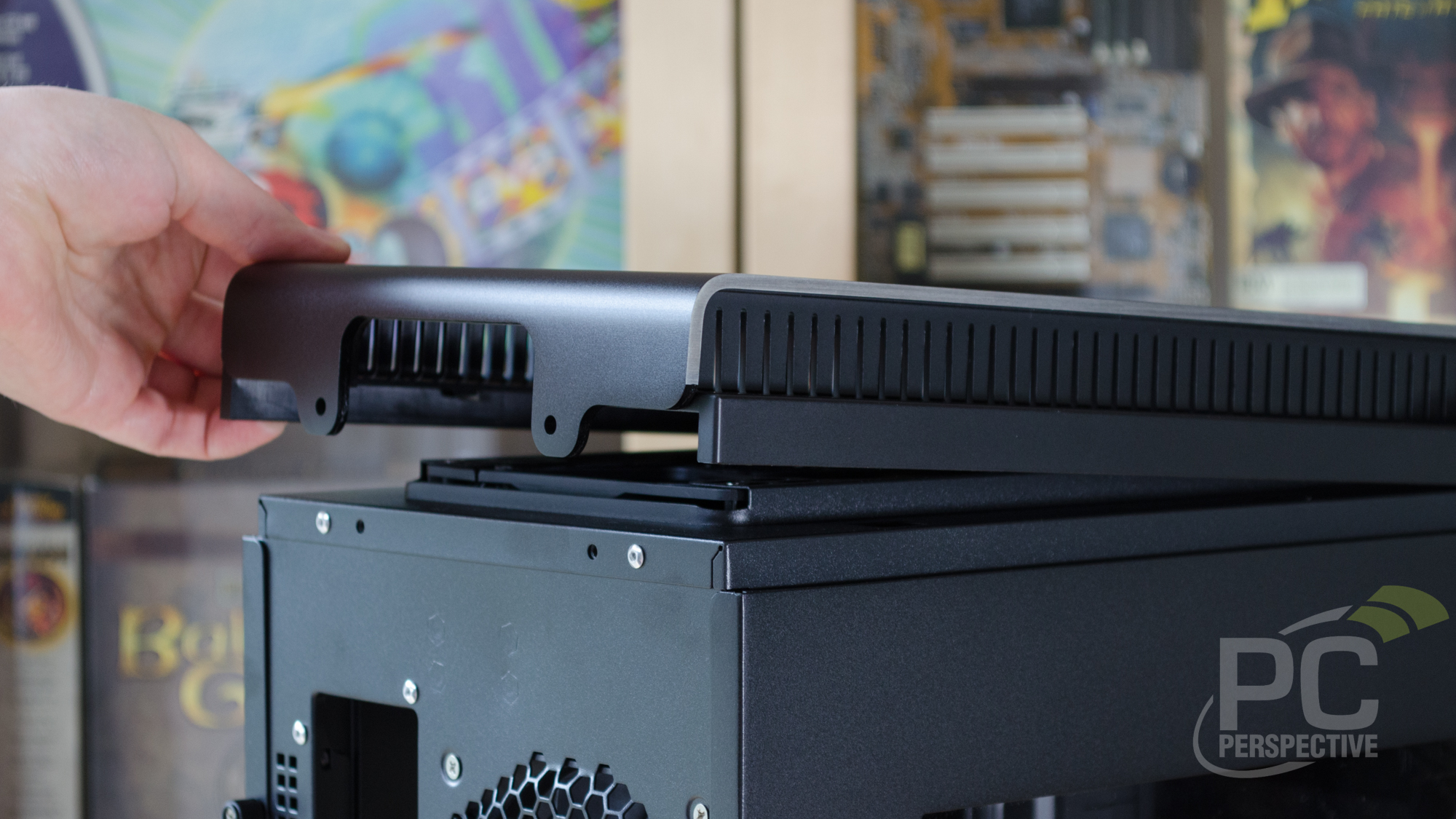 At this point you can lift it up and move it aside, but be prepared to manage the front I/O cables which are attached up front. These need to be fished out through the top to allow the full removal of this top panel, making very inconvenient to remove after a build is complete. 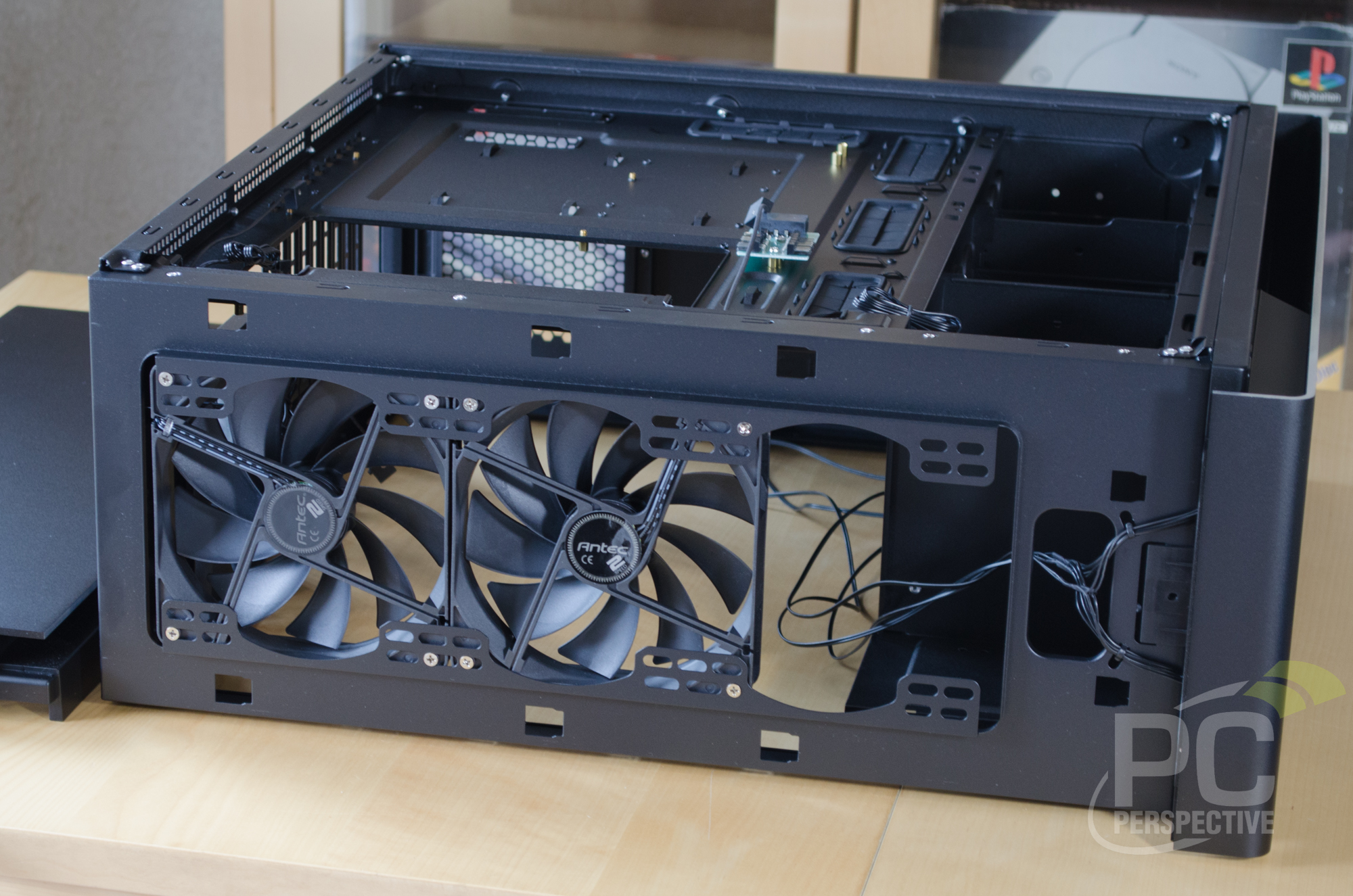 With the panel removed we see the upper fan mounts, which support two 140 mm (pre-installed) or up to three 120 mm fans. 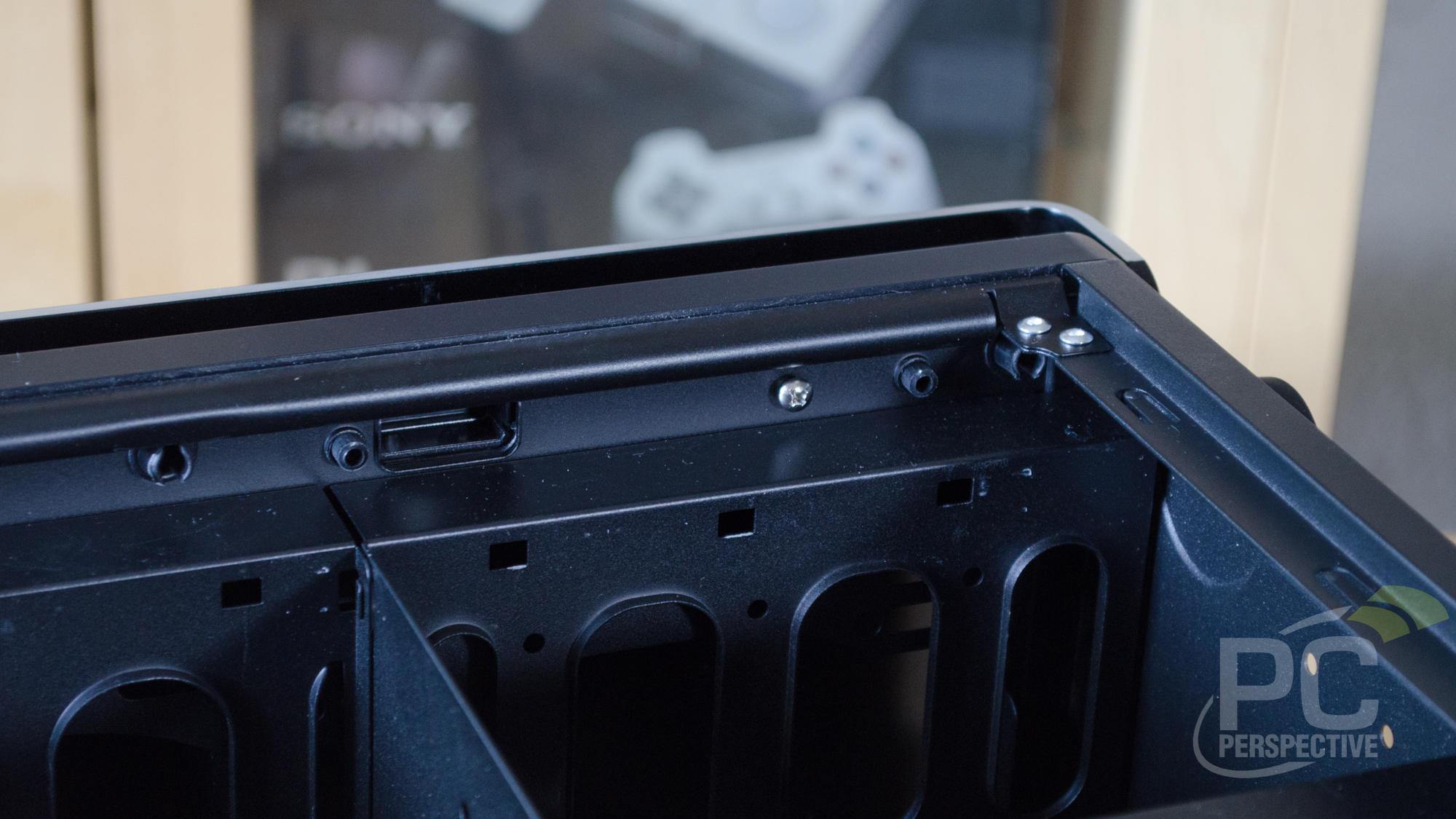 You will need a Philips driver to remove 6 screws (3 on each side) to allow the front panel to be removed. 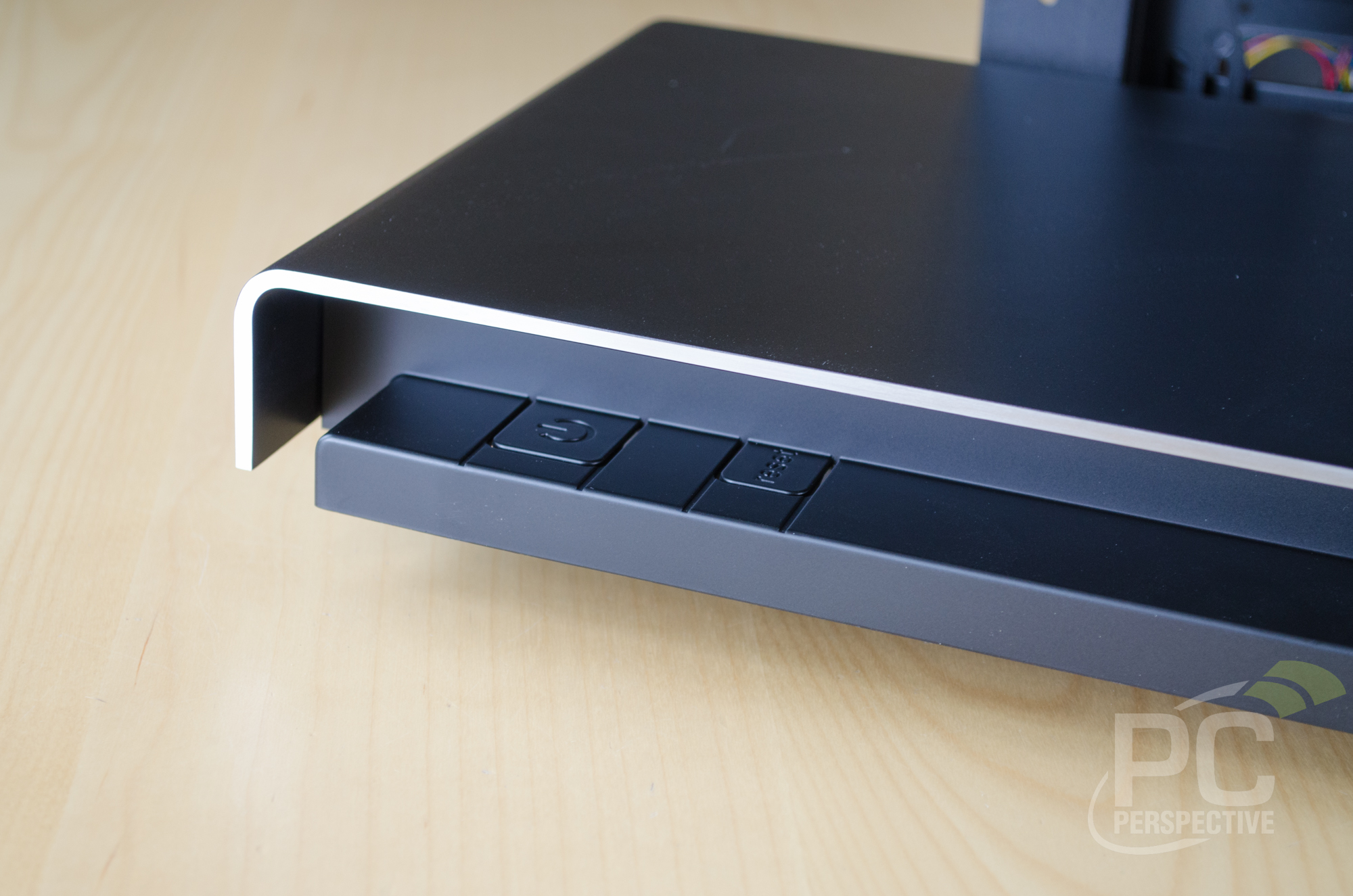 With the panel removed I'll quickly point out the power and reset button paddles, which are recessed behind the aluminum front and identical on each side. It's unusual, but it works. 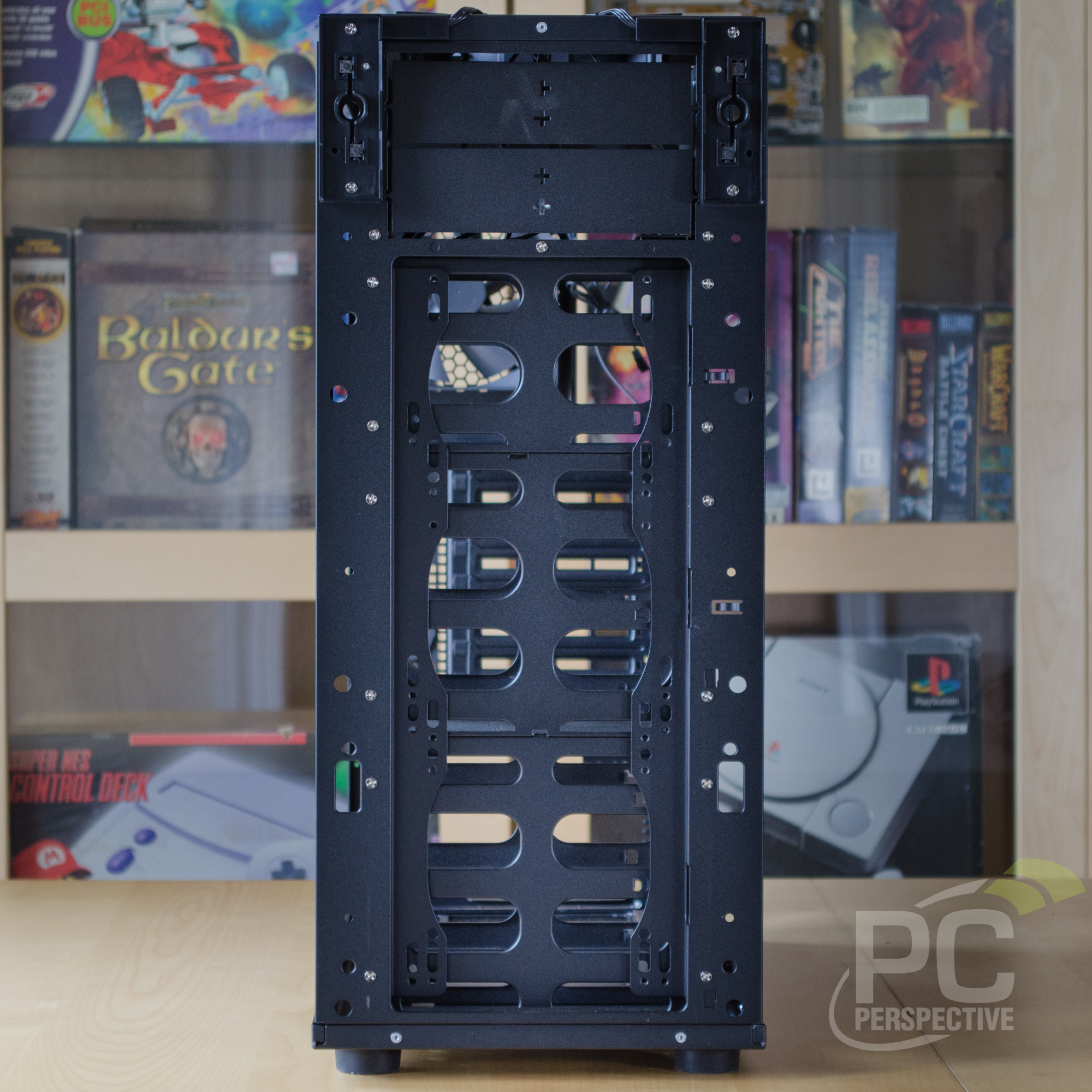 Once the front is off we see the unpopulated 120/140 mm front fan mounts…and a pair of 5.25" drive bays complete with old-school steel punchouts! 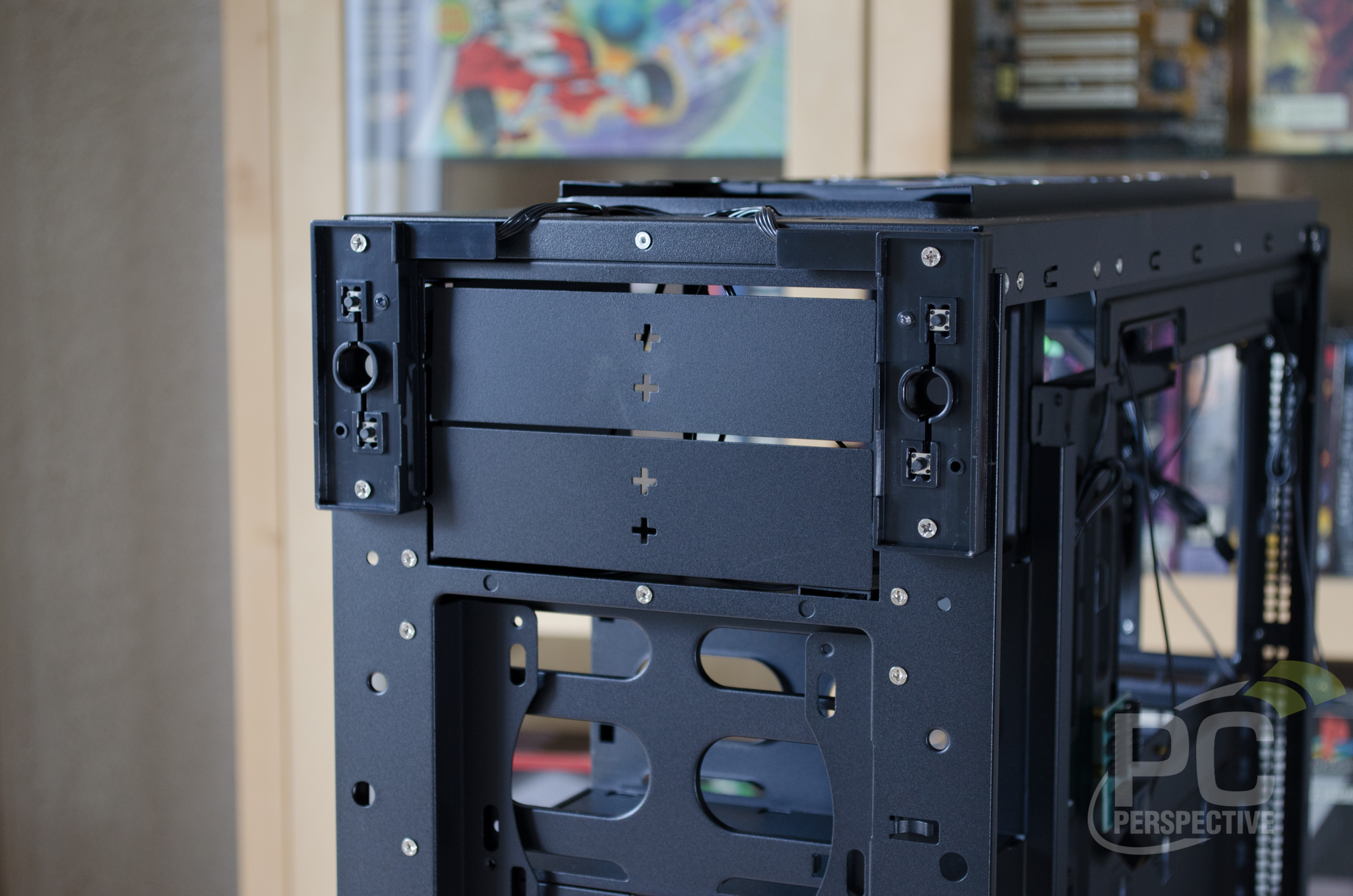 This was such an odd find given the restriction of a slim ODD only from the manual. Maybe there's more going on here? Perhaps the P380 is built upon the chassis of another design? Turning over the aluminum panel there some more screws to remove… 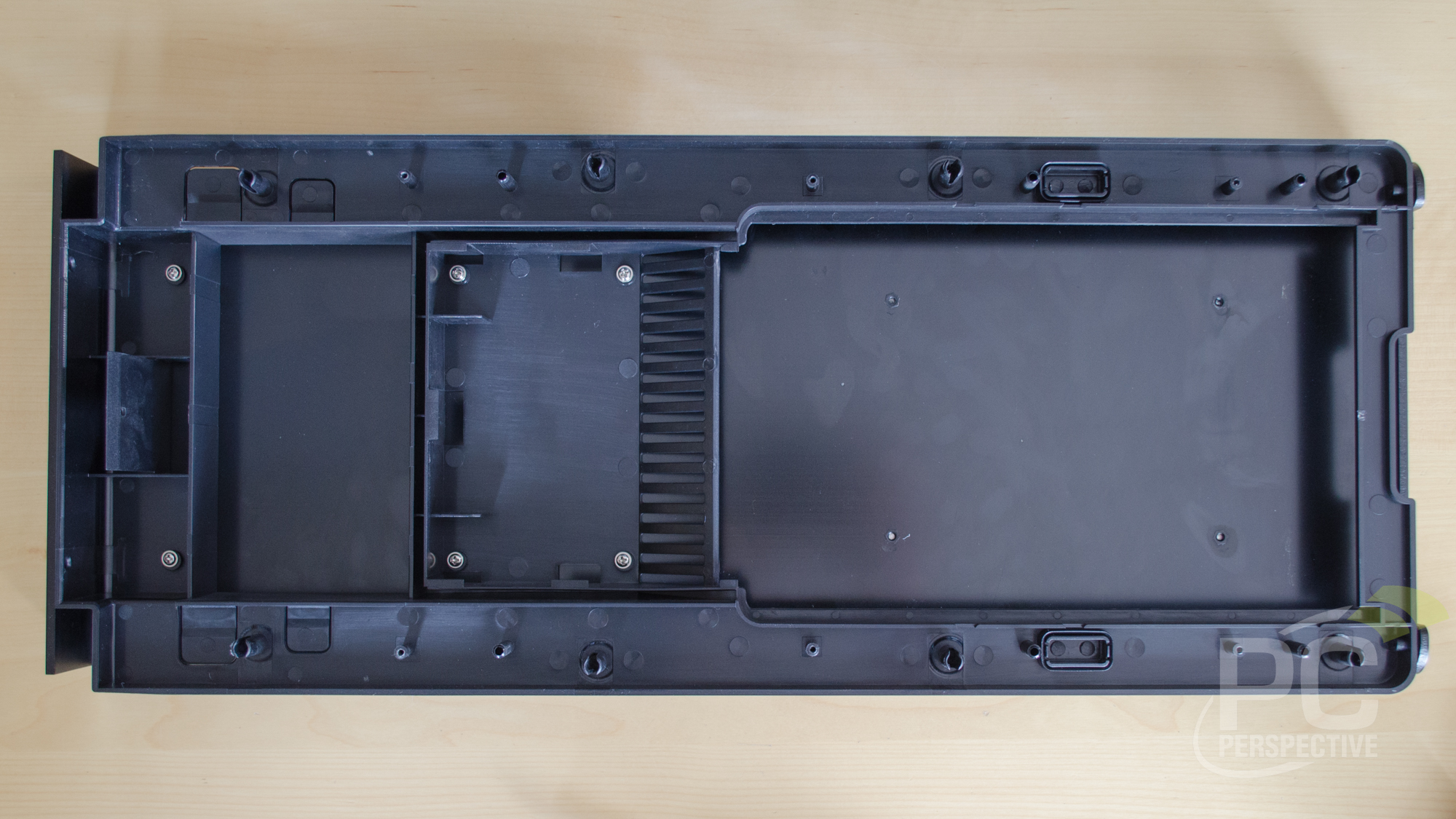 After separating the two halfs we now have a conventional plastic front panel, and a simple aluminium trim panel. And the plastic panel was designed to allow access to the drive openings. 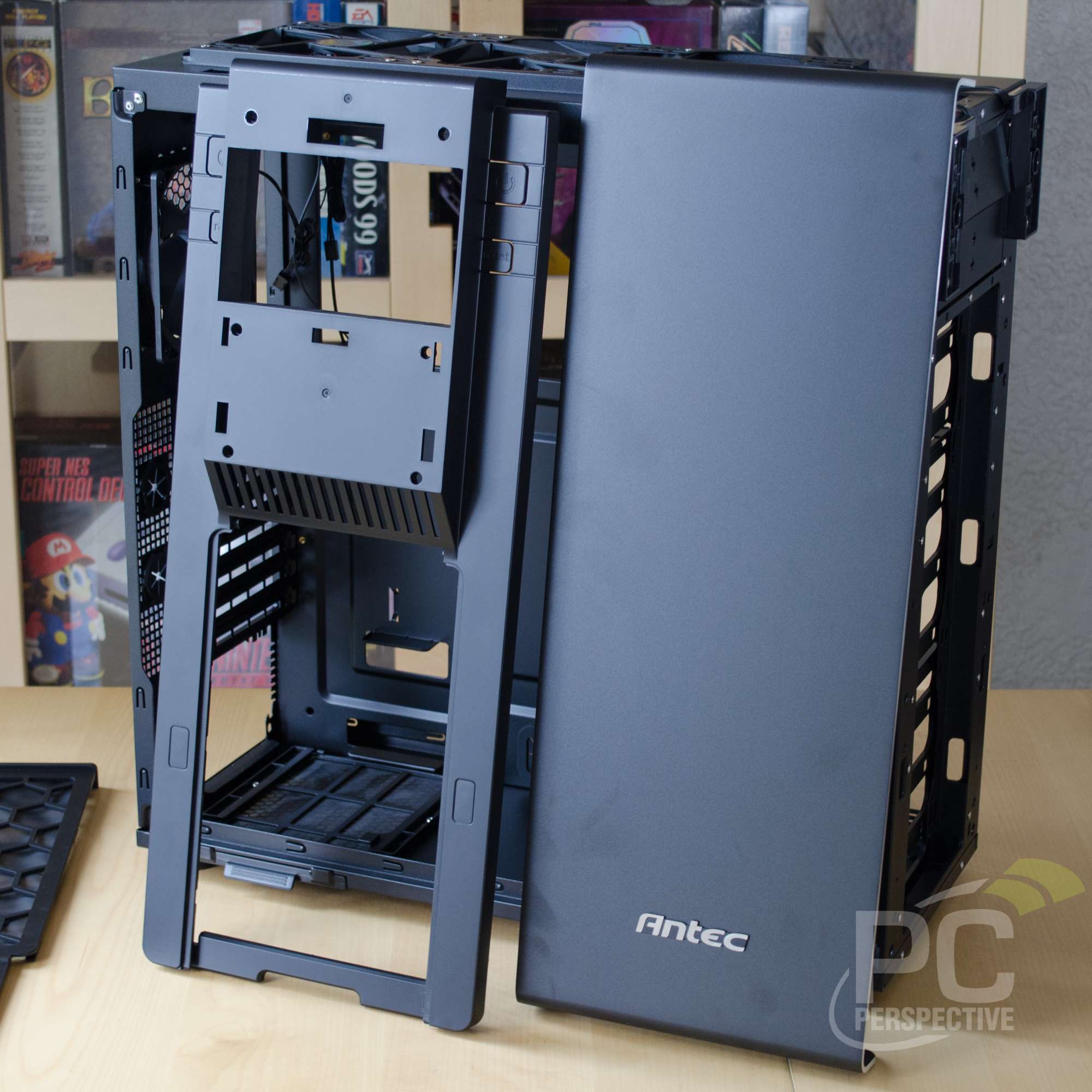 The case actually goes together just fine without the solid aluminum front, but the design loses about a decade and certainly doesn't look like a premium case without the stylish panels. 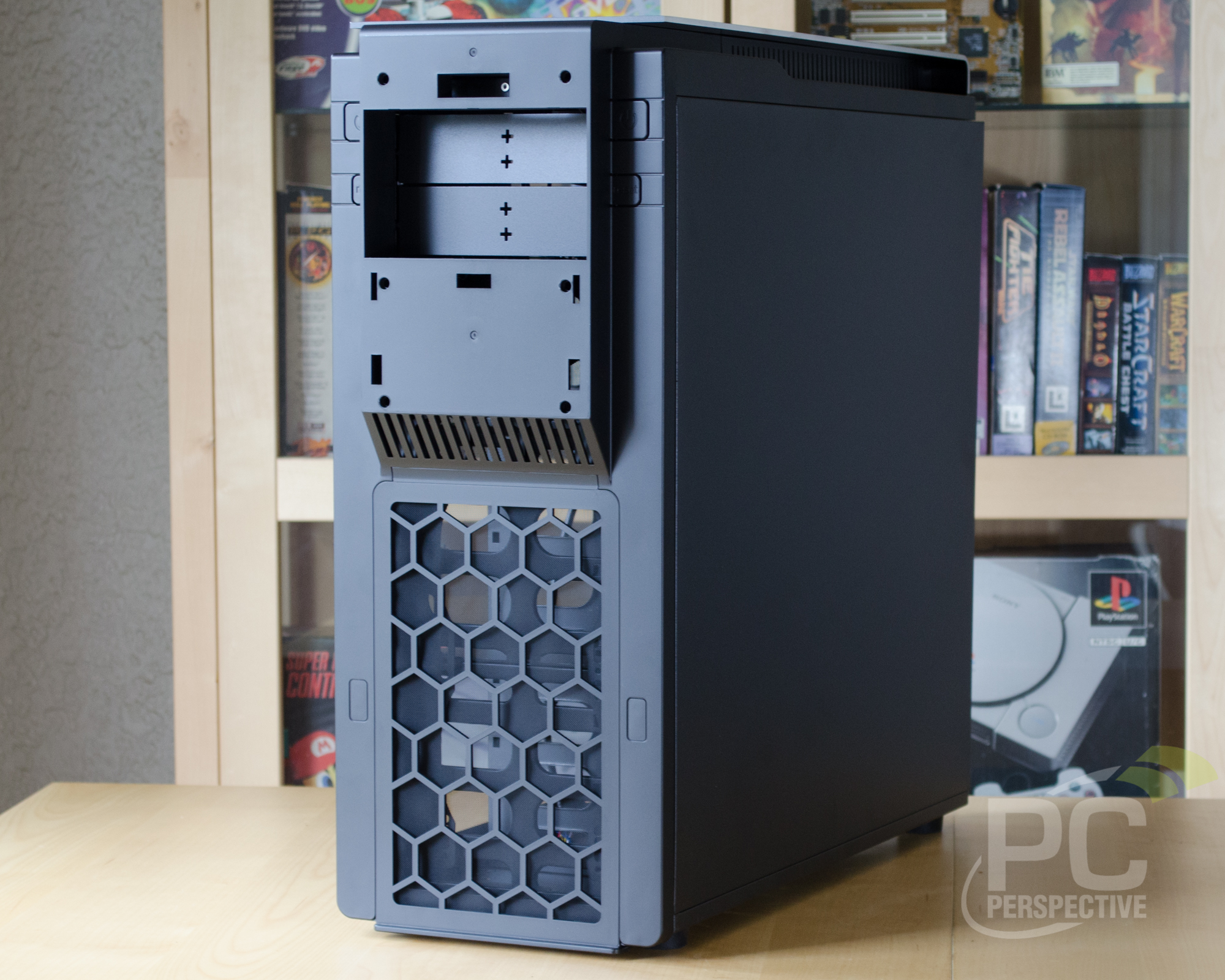 Front panel weirdness aside my biggest issue is the relative inaccessibility of the front fan mounts. Given this design I would have expected at least one or two intake fans pre-installed up front to provide positive air pressure. I have a feeling the enclosure will underperform without front fans, which are a mainstay of most of the larger cases I test. There's even a removable screen filter for these fans, were you to take the trouble to install them.

Unfortunately, if you choose to go through the process of installing the slim ODD drive adapter, the front fan mounts are essentially unuseable and the filter must be left off. I don't know why anyone would choose this path over an external optical drive. 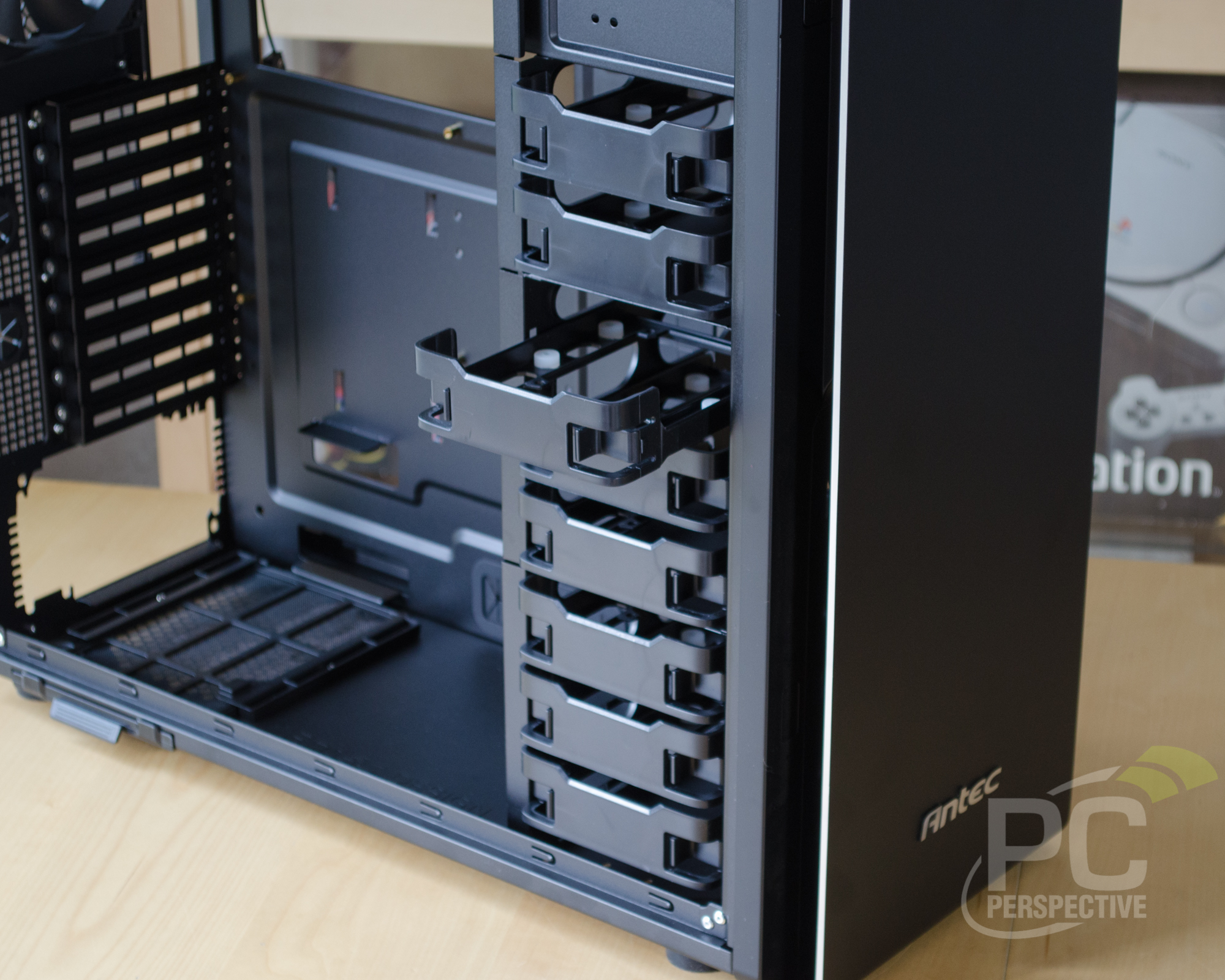 The tower of hard drive bays inside the front panel is impressive, and the first thing my eye was drawn to when removing the side panel. No less than eight plastic slide-out trays are contained within the P380, and each of them holds a single 3.5 or 2.5-inch drive. 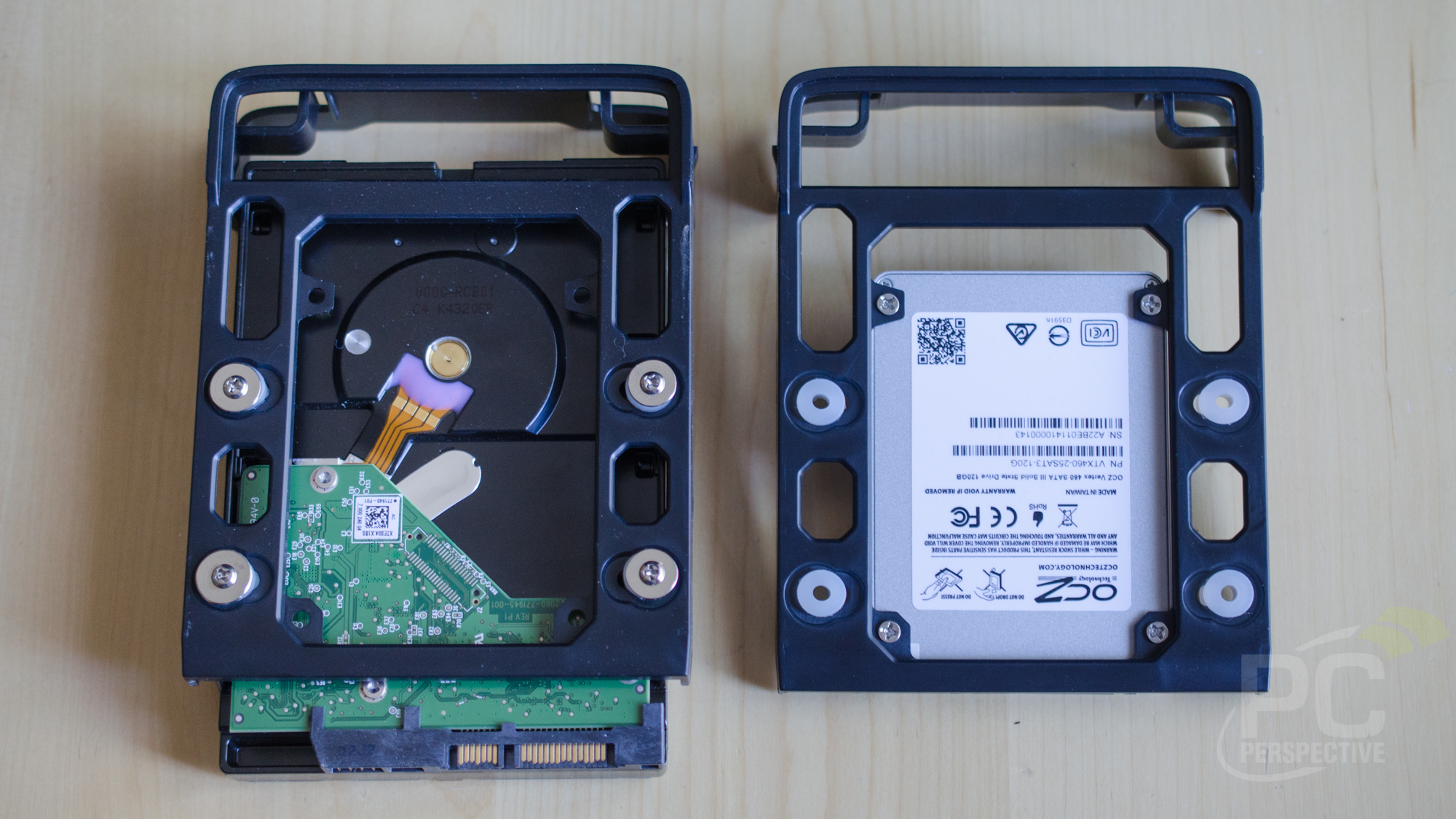 The 3.5-inch mount in particular is well executed with a soft plastic washer in place for each mounting screw to prevent vibration. The mounts click into place without screws and the mechanism feels sturdy. The drive bays are a highlight of the P380 design, but these actually need to be removed (an involved process covered in the manual) to provide space for a front-mounted radiator.

Next we'll look at a completed build and see how the P380 performed! 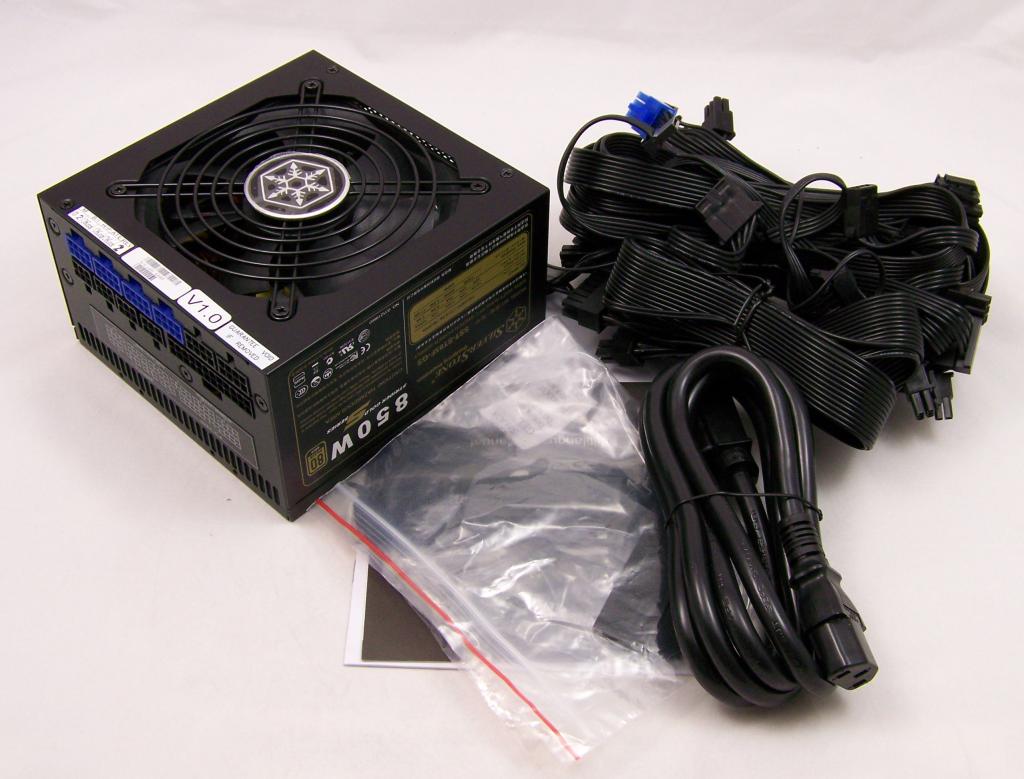 Silverstone proves you don’t need size to have power

Crytek is ready to rock your world, again

Getting more out of the usual heatsink design