AMD and Gigabyte have each received cease and desist letters from Asetek, regarding the Radeon Fury X and GeForce GTX 980 Water Force, respectively, for using a Cooler Master-based liquid cooling solution. The Cooler Master Seiden 120M is a self-contained block and water pump, which courts have ruled that it infringes on one of Asetek's patents. Asetek has been awarded 25.375% of Cooler Master's revenue from all affected products since January 1st, 2015.

This issue obviously affects NVIDIA less than AMD, since it applies to a single product from just one AIB partner. On AMD's side, however, it affects all Fury X products, but obviously not the air-cooled Fury and Fury Nano cards. It's also possible that future SKUs could be affected as well, especially since upcoming, top end GPUs will probably be in small packages adjacent HBM 2.0 memory. This dense form-factor lends itself well to direct cooling techniques, like closed-loop water. 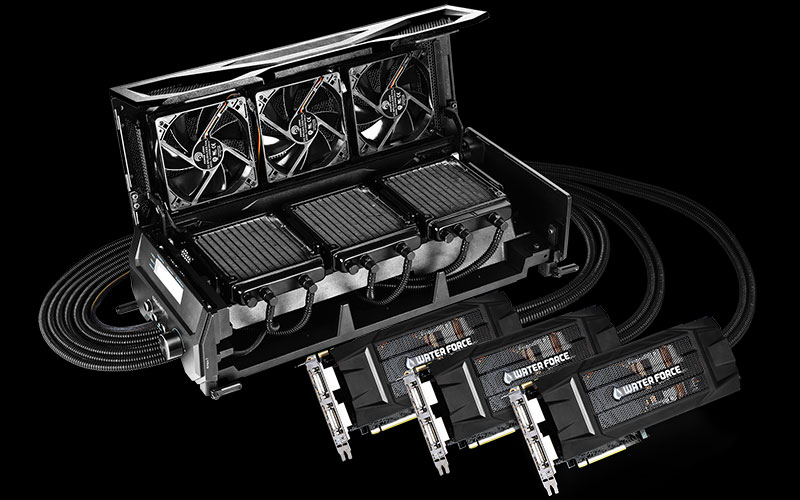 Even more interesting is that we believe Asetek was expecting to get the Fury X contract. We reported on an Asetek press release that claimed they received their “Largest Ever Design Win” with an undisclosed OEM. We expected it to be the follow-up to the 290X, which we assumed was called 390X because, I mean, AMD just chose that branding, right? Then the Fury X launched and it contained a Cooler Master pump. I was confused. No other candidate for “Largest Ever Design Win” popped up from Asetek, either. I guess we were right? Question mark? The press release of Asetek's design win came out in August 2014 while Asetek won the patent case in December of that year.

Regardless, this patent war has been ongoing for several months now. If it even affects any future products, I'd hope that they'd have enough warning at this point.