"The latest ROG Z170 motherboard now comes with the exclusive CrossChill EK hybrid cooling block! ROG teamed up with the guys at EK to create a high-conductivity channel, so you will be ready for liquid-cooling goodness right out-of-the-box. Don’t worry if you don’t intend to upgrade to liquid-cooling straight away, because this also runs on air cooling. Why spend more money on a third-party waterblock when it’s already built-in and looks this good?"

In addition to the integrated water cooling support the Maximus VIII Formula includes the usual bells and whistles we've come to expect from these ROG motherboards, including advanced overclocking support and premium audio, and the Formula also offers RGB headers and lighting controls and "ROG Armor". There is also advanced storage support from both M.2 and U.2 connectors, and provides advanced wireless via built-in 2×2 802.11ac with an external antenna included. 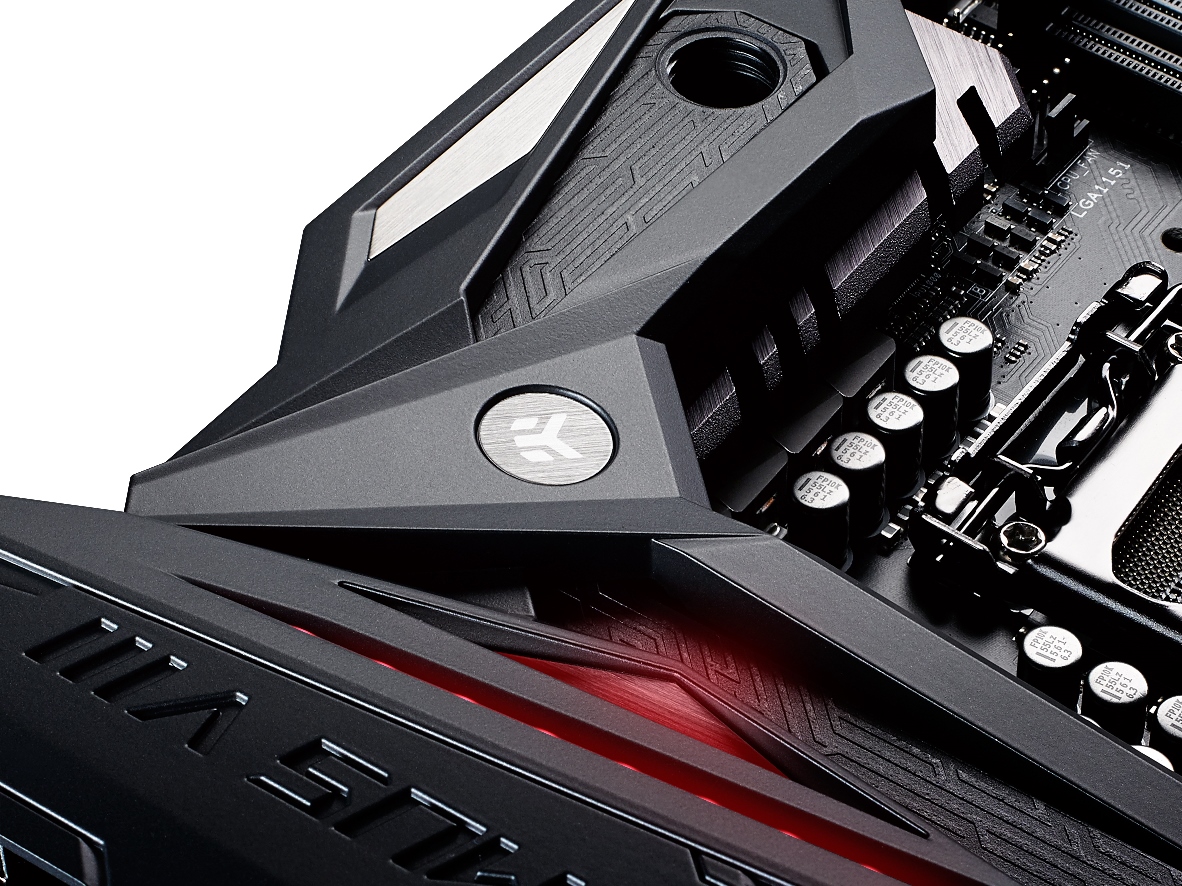 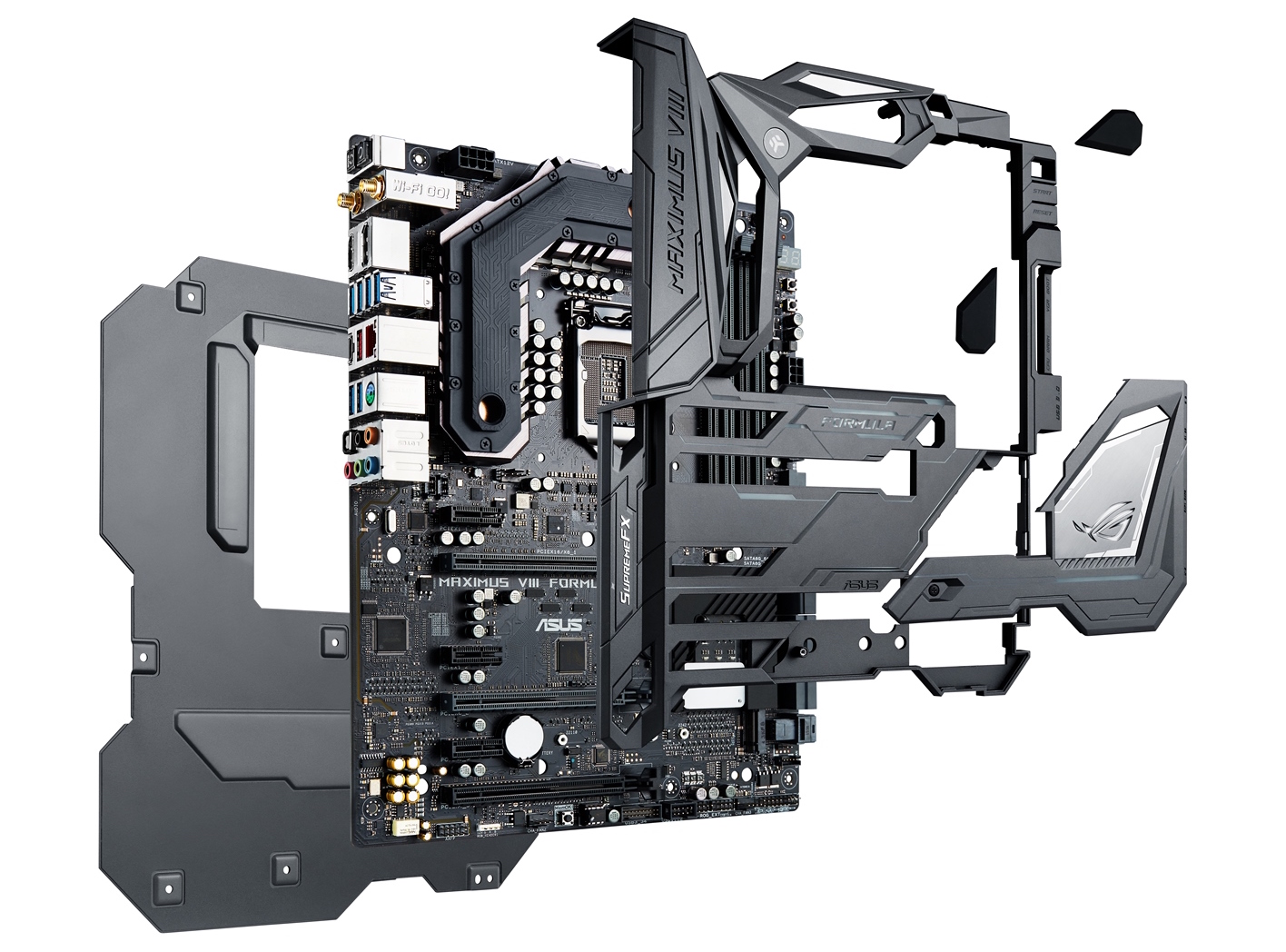 Pricing and availabilty were not announced. Full press release after the break.

Equipped with an LGA1151 socket and optimized to unleash the maximum performance of 6th-generation Intel Core™ (‘Skylake’) processors and DDR4 memory, Maximus VIII Formula is also engineered with champion-level SupremeFX 2015 audio technology to elevate even the smallest in-game sound details — making every battle arena sound as real as life.

The new board is also kitted out with the newest and fastest connectivity, with NVM Express™ (NVMe) U.2 and M.2 for up to 32Gbps transfers, USB 3.1 Type-A and reversible Type-C for the best compatibility and any-way-up convenience, and latest 2×2 802.11ac Wi-Fi with multi-user MIMO (MU-MIMO) wireless connections.

To create gaming cooling that’s the best in its class ROG teamed up with the cooling masters at EK Water Blocks to develop CrossChill EK — exclusive to Maximus VIII Formula. This extreme-performance cooling block has a high-conductivity copper channel that’s ready for either air or liquid, and is literally the coolest choice available for custom-chilled builds, ensuring quieter, cooler gaming rigs.

CrossChill EK gets to work right away with air, requiring no specialist knowledge or equipment to reduce temperatures across the board. The exclusive block is also equipped with standard G1/4in-thread fittings, so it’s compatible with many existing liquid-cooling setups. For those that like to chill with liquid, CrossChill EK shrinks MOSFET temperatures by up to 23˚C.

Maximus VIII Formula is the gaming motherboard that delivers style, strength, and cooling in one, with all-new Aura RGB LED illumination and tough ROG Armor.

The style begins with high-precision laser-engraving technology, which our engineers employ to carve beautifully intricate patterns across the ROG Armor that enrobes Maximus VIII Formula, allowing the radiant RGB light of 28 integrated LEDs to shine through and illuminate key parts of the board — including the MOSFET heatsink cover, PCI Express® area and the striking ROG logo on the PCH cover.

To control the illumination, Maximus VIII Formula includes the Aura lighting-control utility. This allows users to manage the motherboard’s powerful built-in RGB LEDs or an attached RGB strip, or both — and in perfect synchronization. Aura provides rig-builders with the creative freedom to experiment with six different lighting schemes, including static, strobing and pulsating effects. The Aura utility also offers the ability to change LED colors in time with music, or have them indicate CPU temperature.

No-one needs to be an expert to max out gaming performance with Maximus VIII Formula, because 5-Way Optimization sorts all the complex settings for instant, highly-controllable performance boosts. This exclusive technology dynamically optimizes essential aspects of Maximus VIII Formula systems based on real-time use, maximizing CPU performance and minimizing energy use. With ultra-stable digital power ASUS ROG Digi+, cool and quiet fans and even networking and audio settings that are tailored for the apps being using, 5-Way Optimization ensures that the PC is perfect for gaming, entertainment, productivity or anything else — and all with a single click.

Maximus VIII Formula is also engineered with crystal-clear gaming audio, in the shape of SupremeFX 2015. This brings together the best gaming-audio inputs and outputs, special shielded designs, and a collection of carefully selected professional-grade audio components, including an ESS® ES9023P digital-to-analog converter (DAC) with Hyperstream™ technology, ultra-low-jitter clock, Nichicon capacitors and 2VRMS headphone amp. Sonic SenseAmp is incorporated to automatically detect and optimize any headset (32-600 ohms) for purest sound quality.

Maximus VIII Formula enables gamers to join the NVMe revolution and unlock the full potential of the latest solid-state drives (SSDs), with both U.2 and M.2 connectors on board for data-transfer speeds of up to 32Gbps — and all with plug-and-play ease.

– Optical S/PDIF-out port on back panel

ASUS is a worldwide top-three consumer notebook vendor and maker of the world’s best-selling, most award-winning motherboards. A leading enterprise in the new digital era, ASUS designs and manufactures products that perfectly meet the needs of today’s digital home and office, with a broad portfolio that includes motherboards, graphics cards, optical drives, displays, desktop and all-in-one PCs, notebooks, netbooks, servers, multimedia devices, wireless solutions, networking devices, tablets, smartphones and wearables. Driven by innovation and committed to quality, ASUS won 4,326 awards in 2014 and is widely credited with revolutionizing the PC industry with its Eee PC™. ASUS has more than 16,000 employees around the globe with a world-class R&D team of 5,200 engineers. Company revenue for 2014 was approximately US$14.5 billion.

[1] Specifications, content and product availability are all subject to change without notice and may differ from country to country. Actual performance may vary depending on applications, usage, environment and other factors. 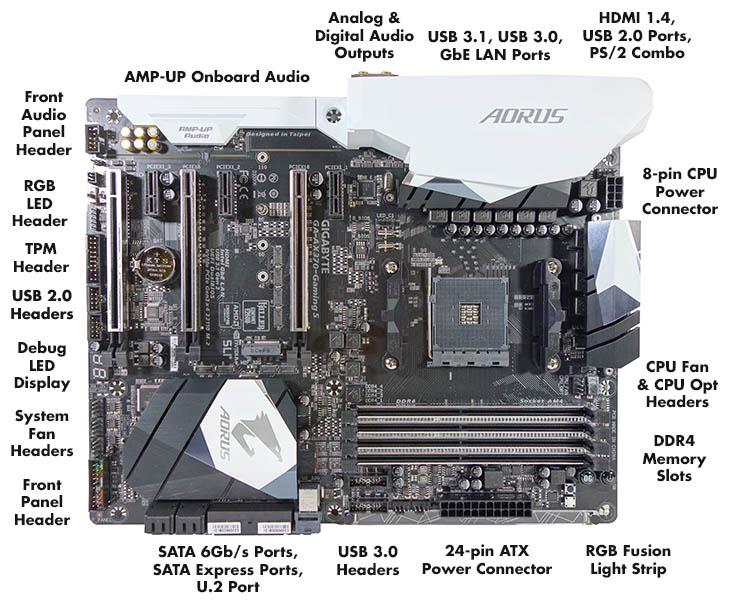 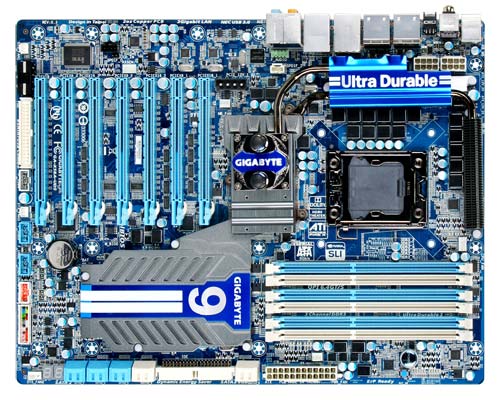