DDR3 versus DDR4; the Skylake showdown

In Hardware Canucks recent review, they delve into the differences between running DDR3 versus DDR4 on Intel Z170 boards, which come in two versions each of which is compatible with one of the two types of memory.  They start out with a high level overview of the differences between the two memory technologies as there is more than just a simple difference in frequencies.  After covering some of the specifications which might influence your decision they then delve into the performance numbers.

One system is based on the Gigabyte Z170-HD3 with 8GB of Kingston HyperX Beast DDR3 while the second system uses an ASUS Maximus VIII Impact with Corsair Vengeance LPX DDR4, both systems use the Core i7 6700K processor.  The middle of the chart is the most interesting feature, where both memory kits are running at 2400MHz albeit at different timings.  DDR4 does come out on top but the margins are so close that if you need to shave some money off of your planned build you should definitely at least consider DDR3.

"Intel's Skylake architecture is the only one that supports both DDR3 and DDR4 memory. But with all other things being equal, is one really "better" than the other on the Z170 platform?" 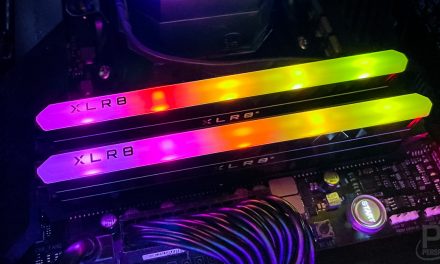