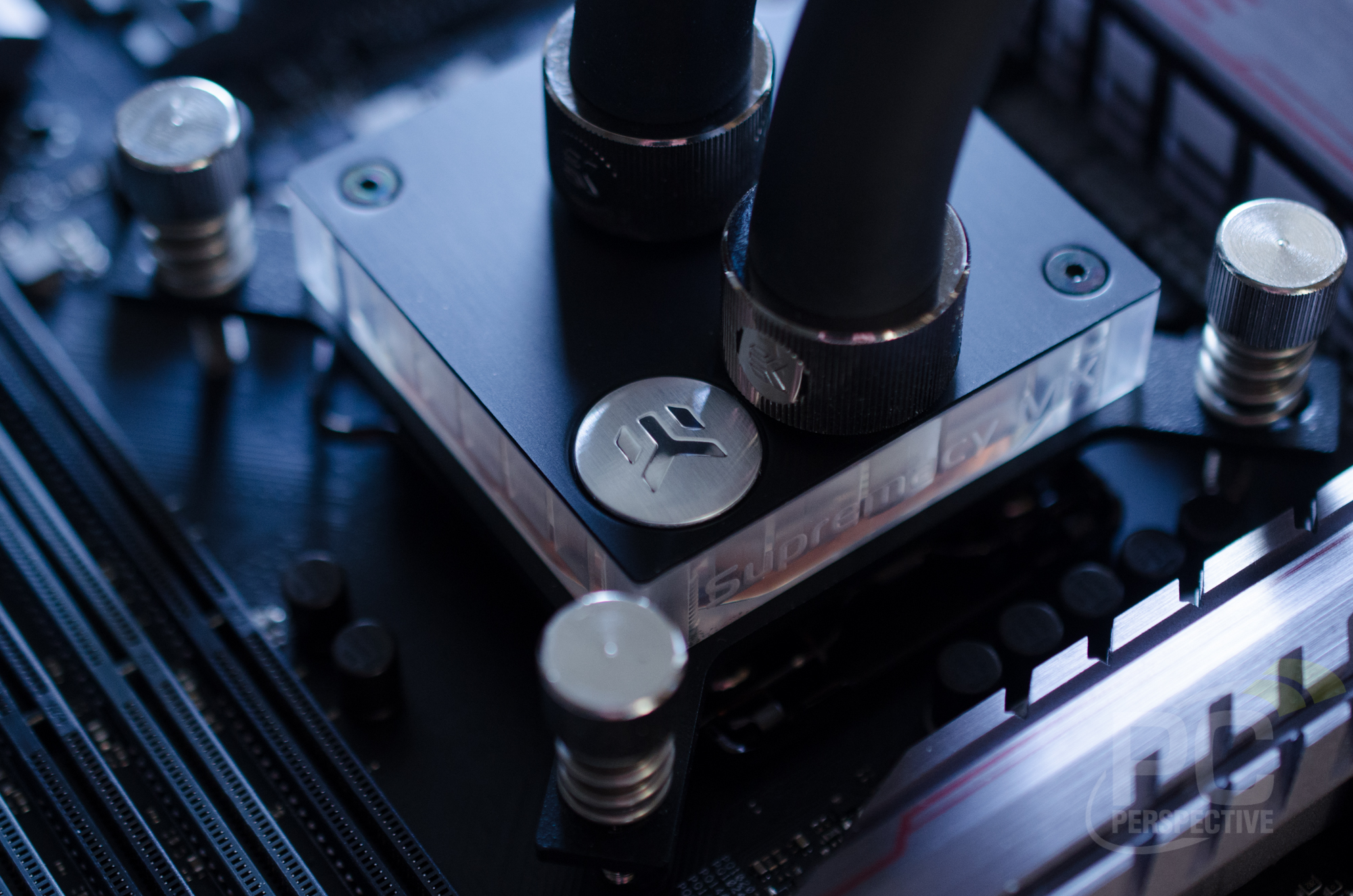 EKWB now has a pair of all-in-one liquid CPU coolers on the market, and today we have the 240 mm variant on the test bench. Long known as a supplier of water blocks (the WB in EKWB stands for water blocks, after all) and other parts for custom liquid cooling, how will EKWB's foray into self-contained liquid CPU coolers fare?

The Predator 240 take a very different approach to self-contained CPU cooling, being a pre-assembled unit comprised of separate, and removable, parts. Though pre-filled and ready to use as a CPU cooler out of the box, the Predator 240 (and to a greater degree the larger Predator 360) can be expanded to cool additional components, and customized as the user desires.

This versitility doesn't come cheap, but the Predator is actually a pretty good value when you price out the components that make up the whole. Looking through EKWB's site the water block is available separately for $54.99, the radiator is $61.99, the two fans are $17.99 each, and then there's the pump, hoses, fittings, and coolant to buy. 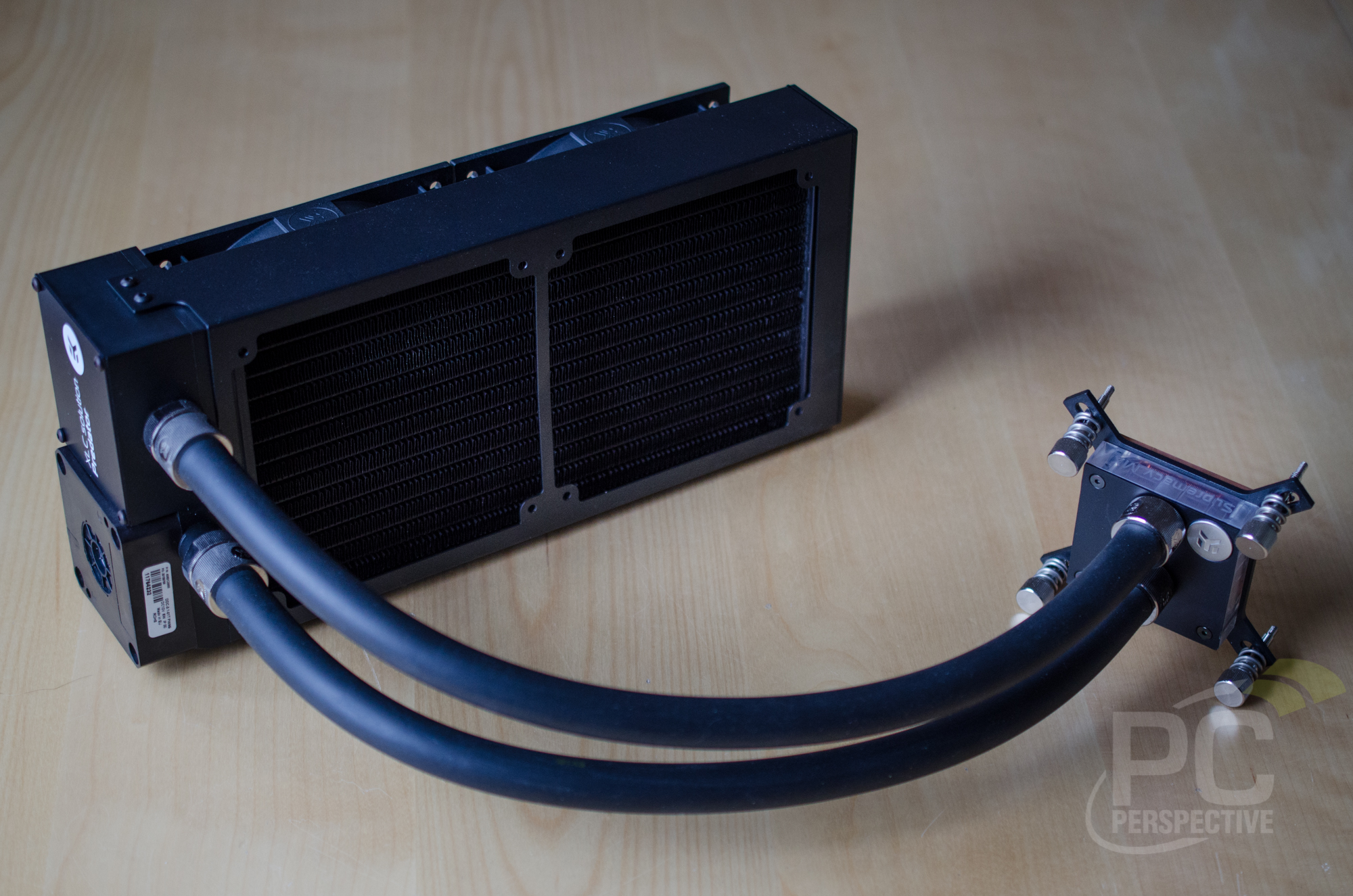 Still, at $199.95 the Predator 240 is at the top of the heap for price in this category (among 240 mm options), regardless of the apparent quality of the components. And while this may have more in common with a custom loop than your typical all-in-one CPU cooler, the only thing that really matters is performance. To test this I put it to work on the cooling test bench against some of the other coolers I have on hand. We'll see what it can do.

Before we take a look at the cooler here are the specifications and product highlights from EKWB: 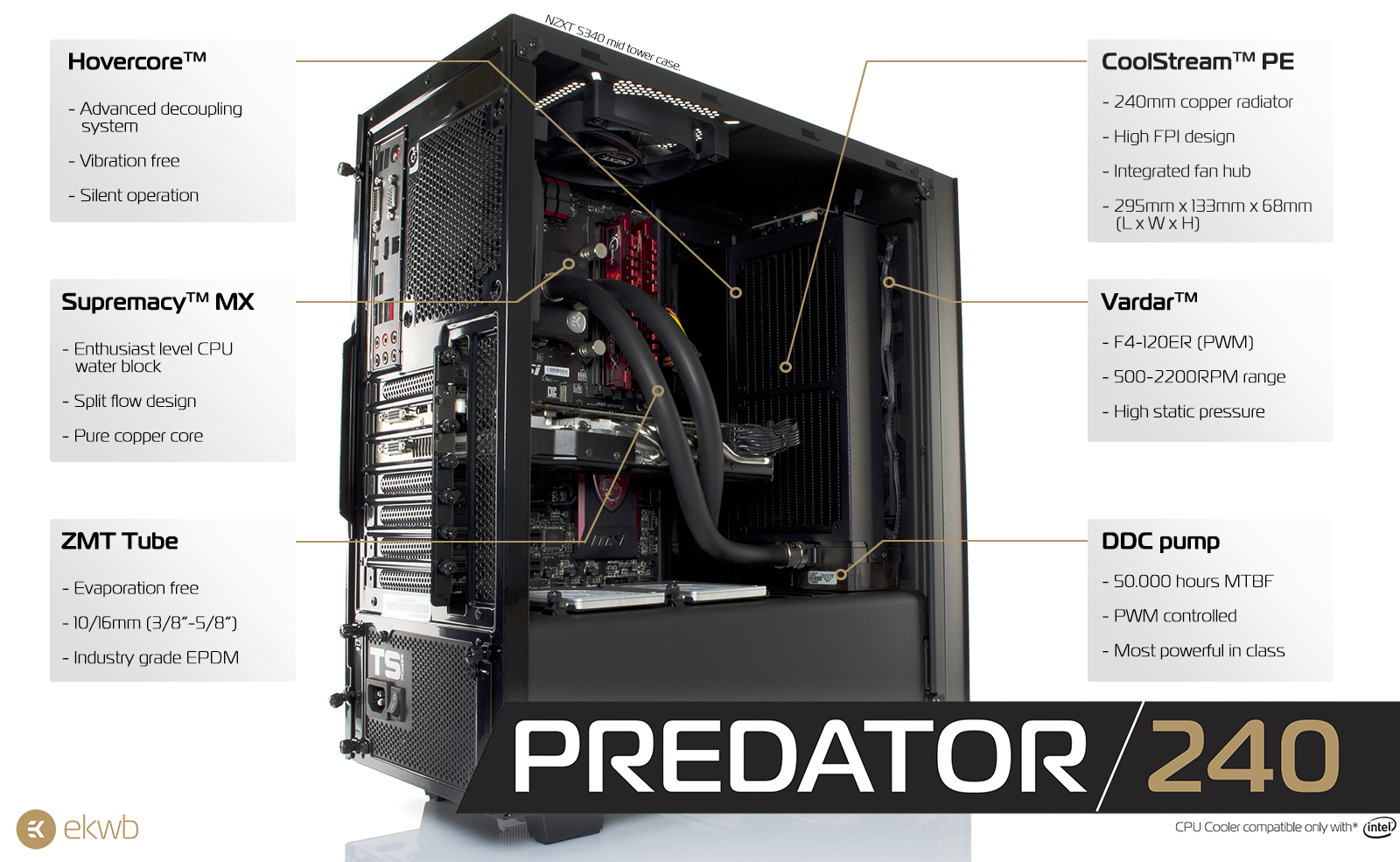 Our thanks to EKWB for providing the EK-XLC Predator 240 cooler for our review! 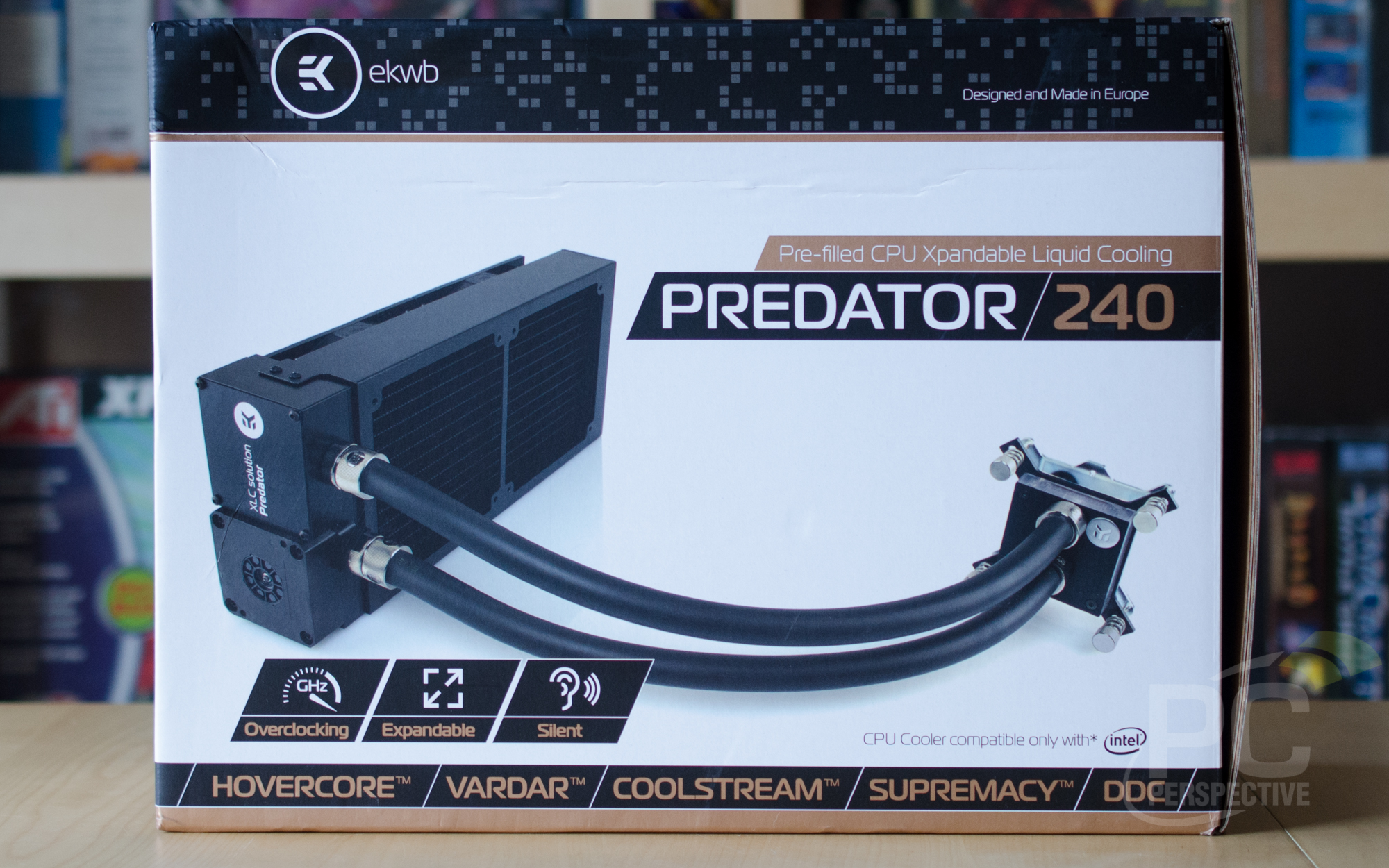 The EK-XLC Predator 240 arrives in a pretty deluxe package, which is appropriate considering its price. Inside the box we see first the owners manual, and then a white molded plastic inner shell that holds the rest of the of box contents. 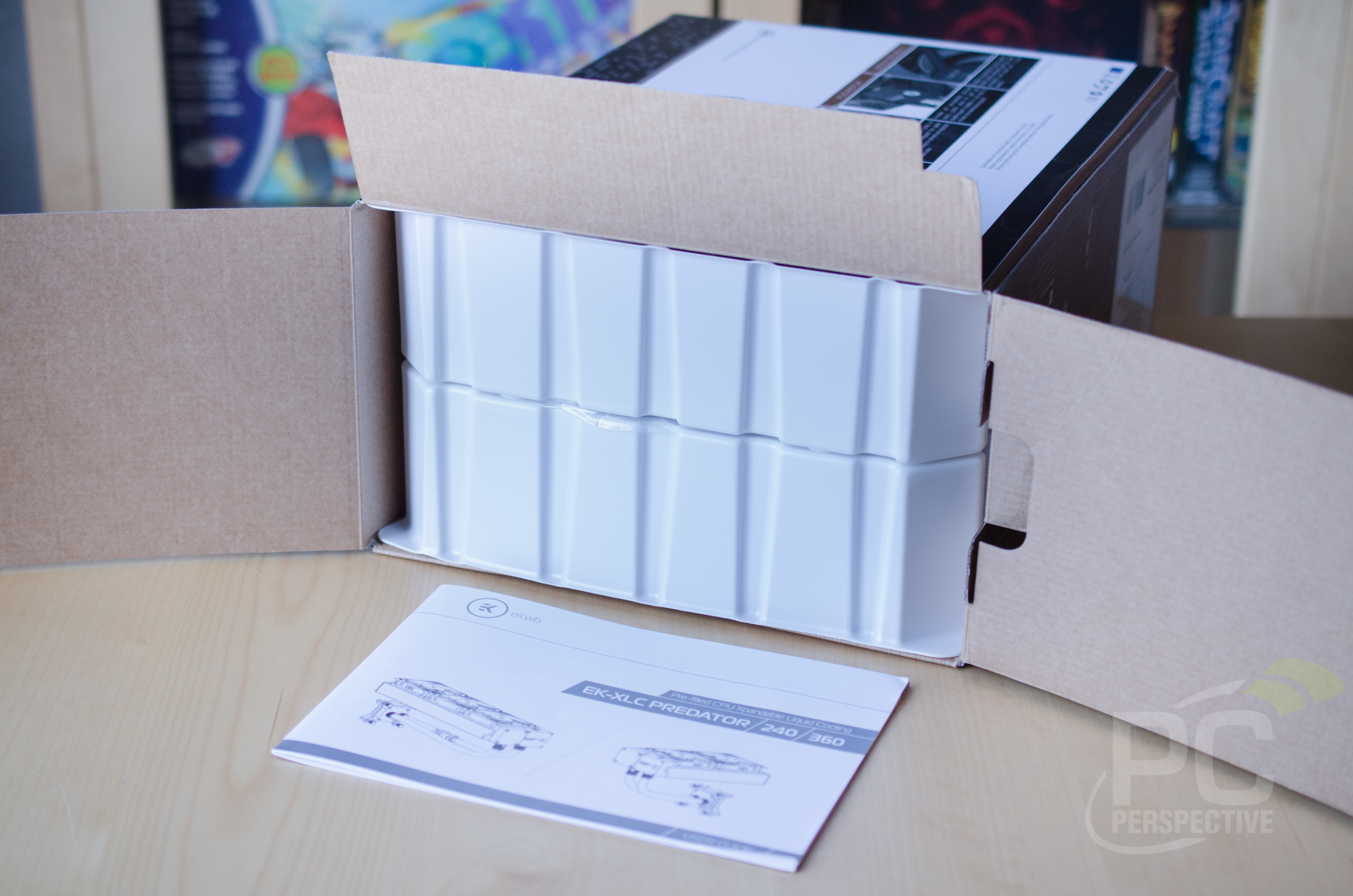 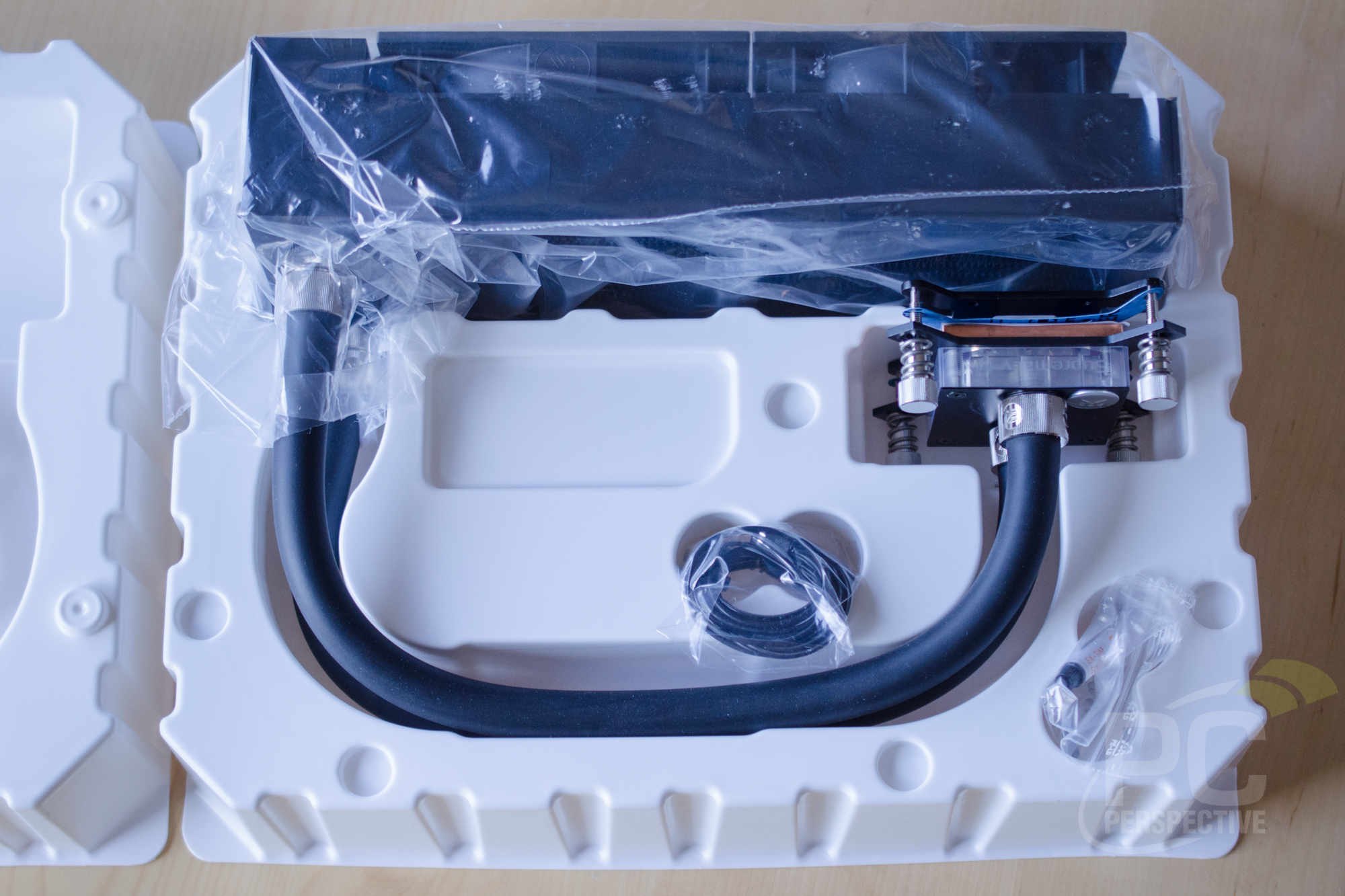 This is easily the best packaging I've seen so far from a liquid cooler, and it looks like it would keep the unit protected from rough transit. Eveything is contained and adequately separated, which helps keep the initial setup process organized.

What exactly is included in the box? 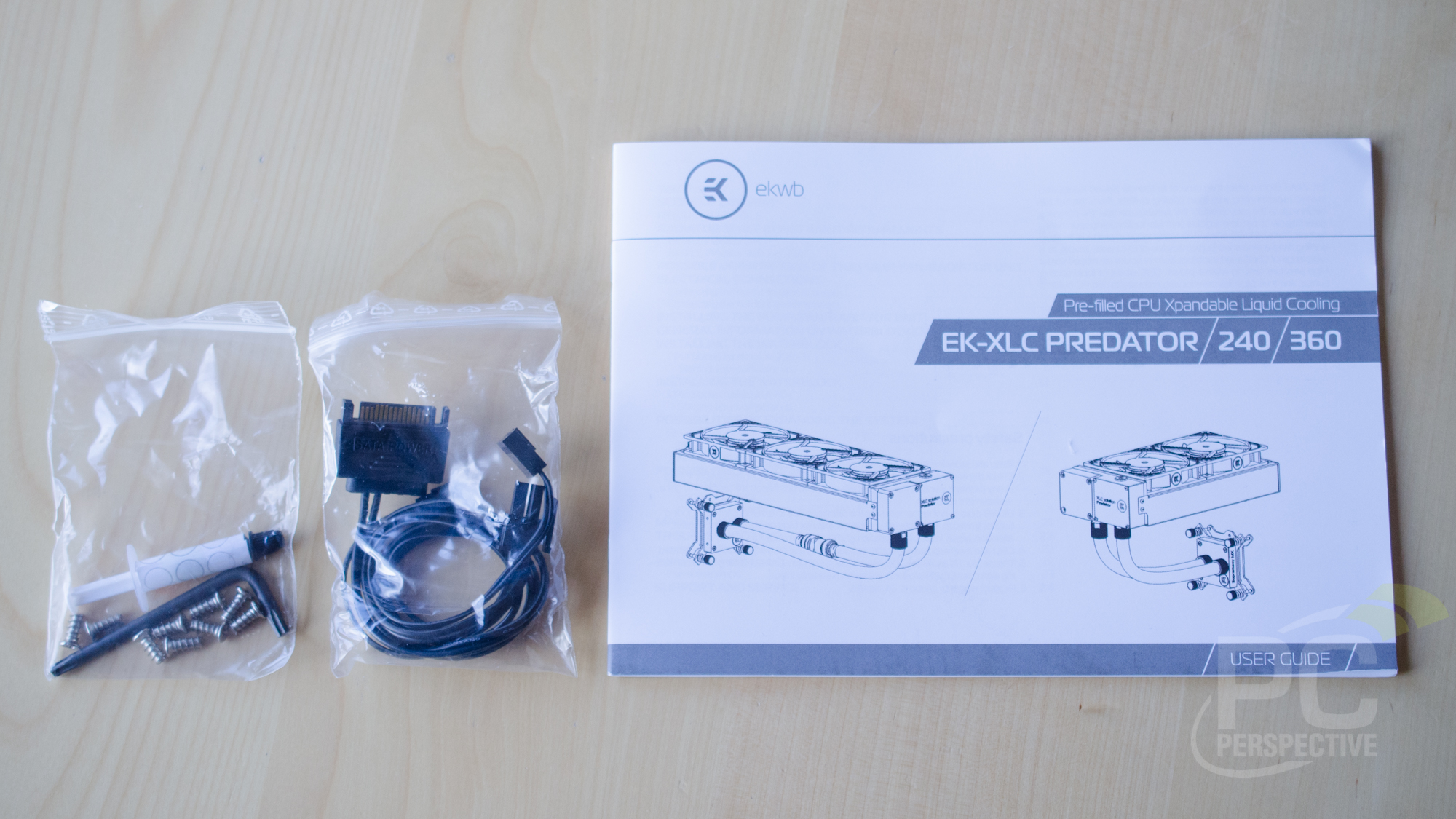 I was curious about that Torx key. It turns out that installation of the water block requires the replacement of the stock LGA1151 socket backplate, which means temporarily removing the socket retention mechanism (a little scary if you haven't done it before – and I hadn't). More about this on the next page. 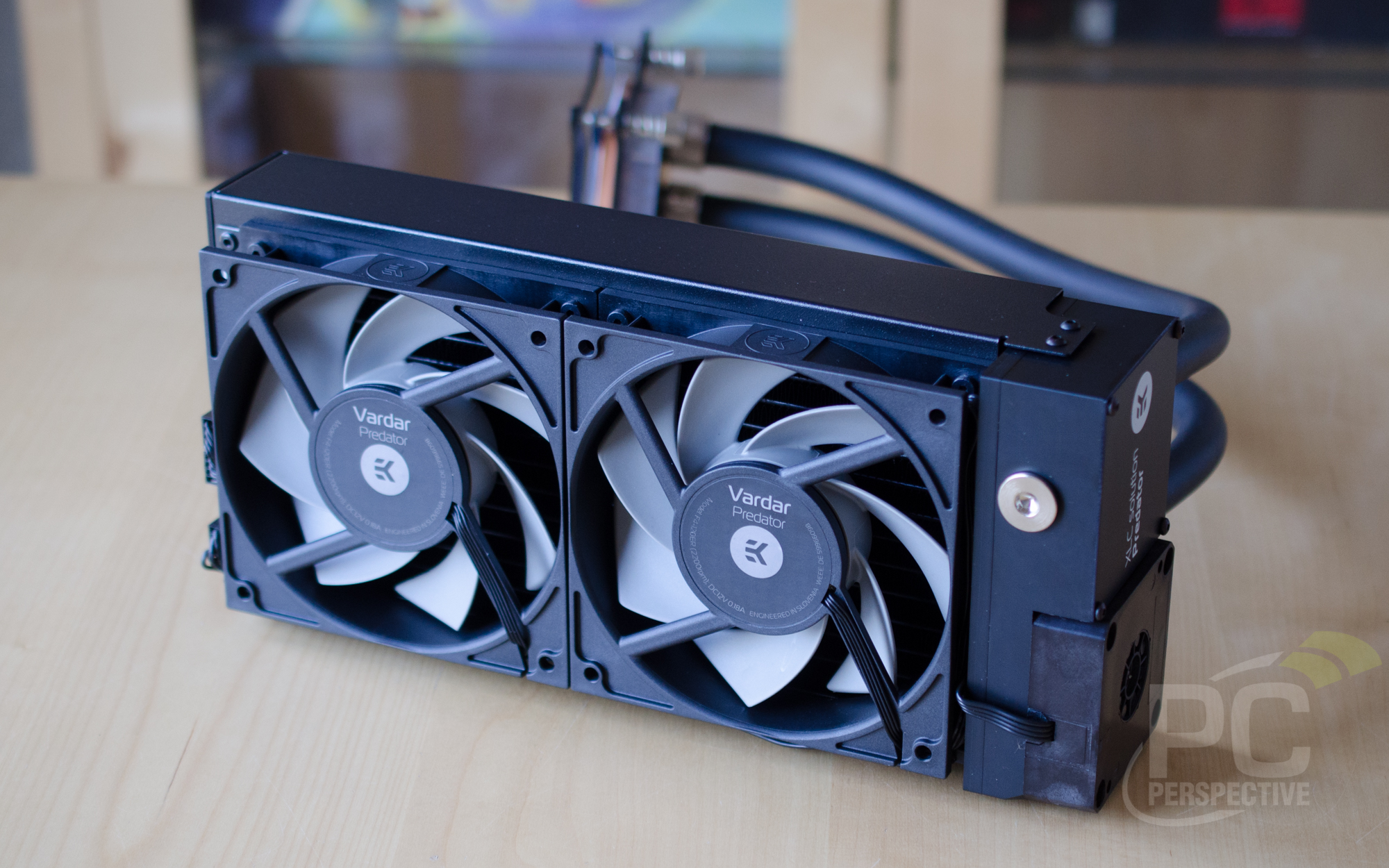 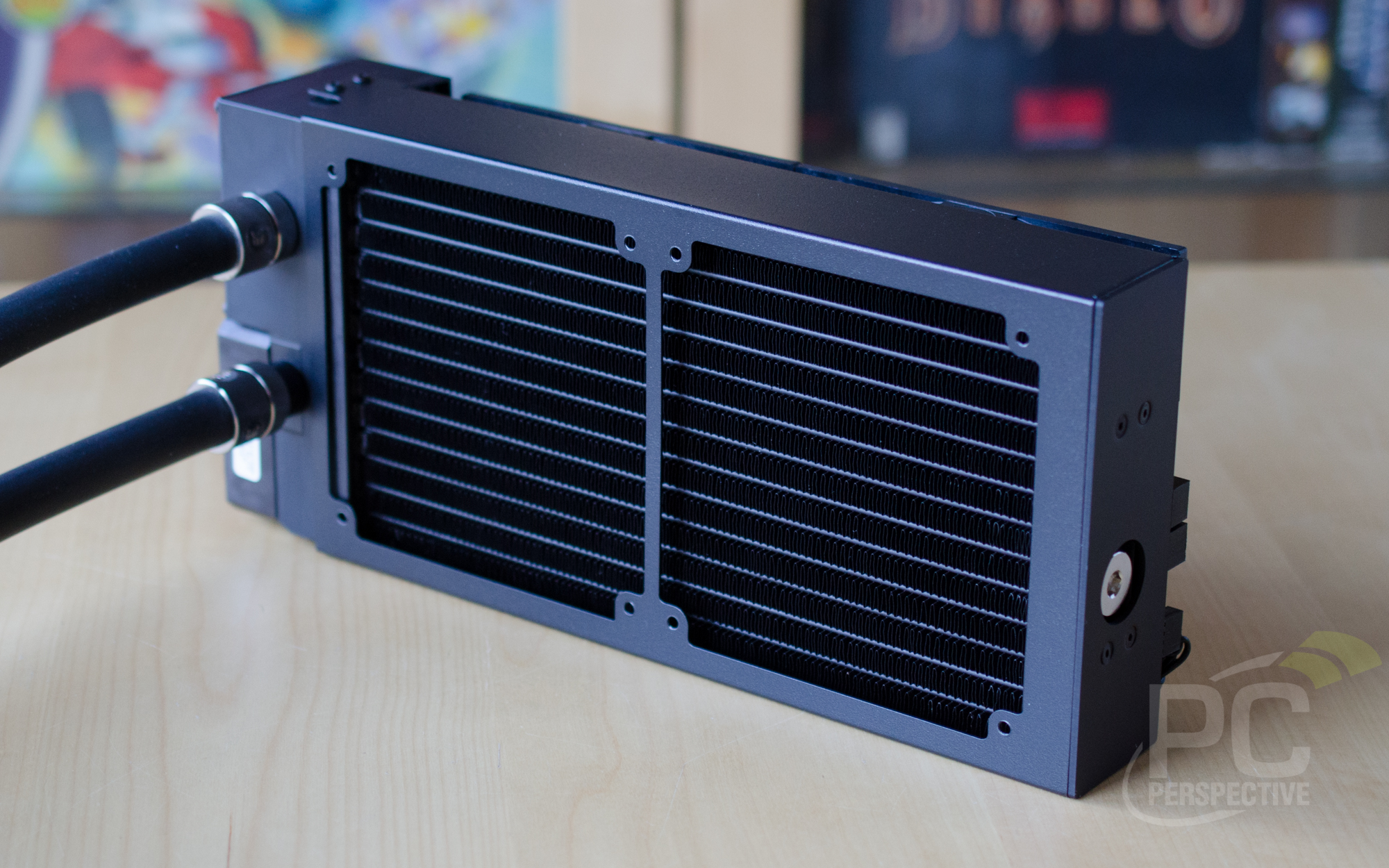 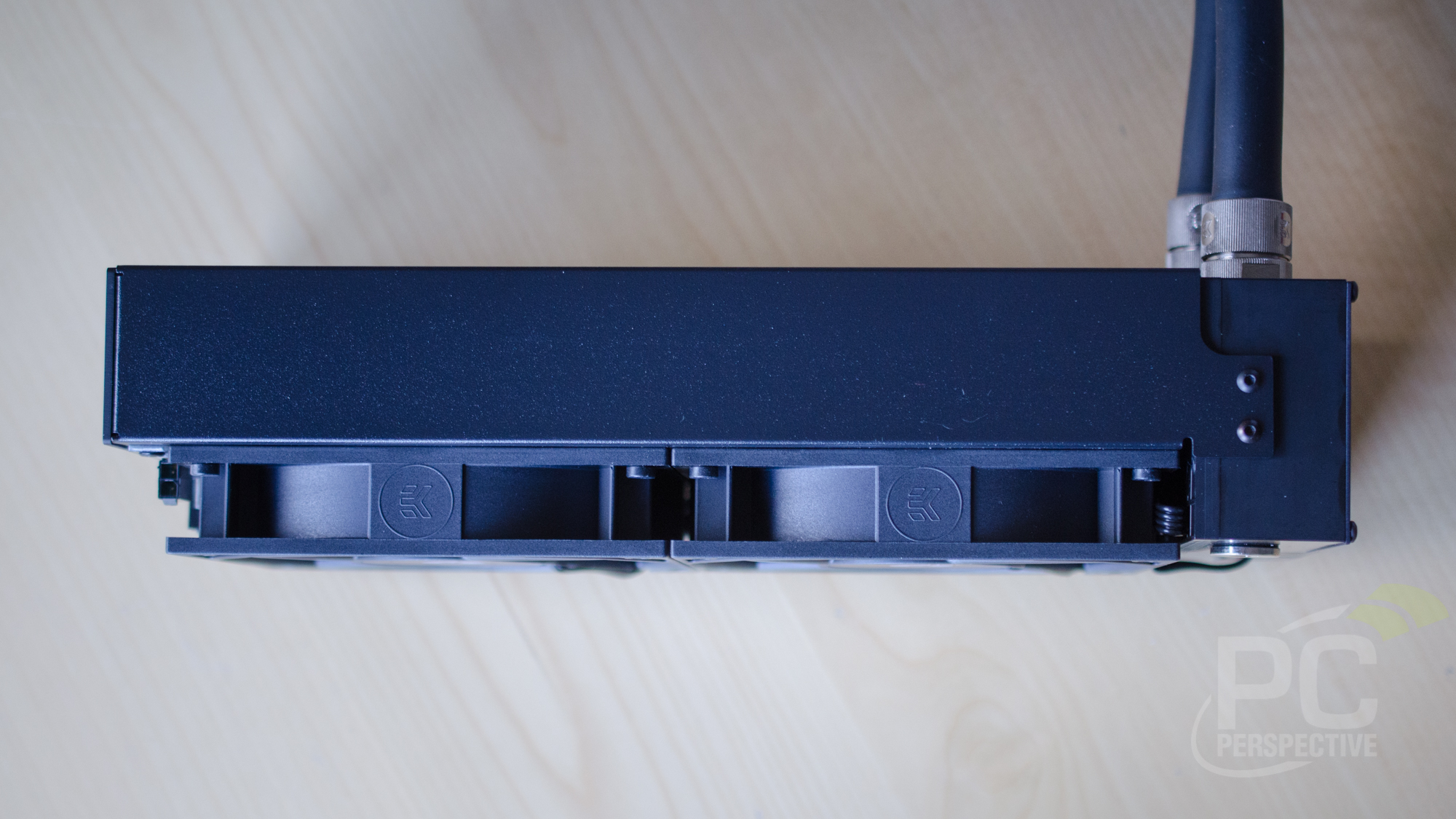 This is easily the largest 240 mm liquid cooler I've encountered, and while the radiator/fan/pump assembly is very thick at 68 mm, the 240 mm radiator itself is 38 mm thick (still thick for a self-contained 240 mm system). The pump is attached to the end of the radiator, with a metal frame finishing off the assembly. 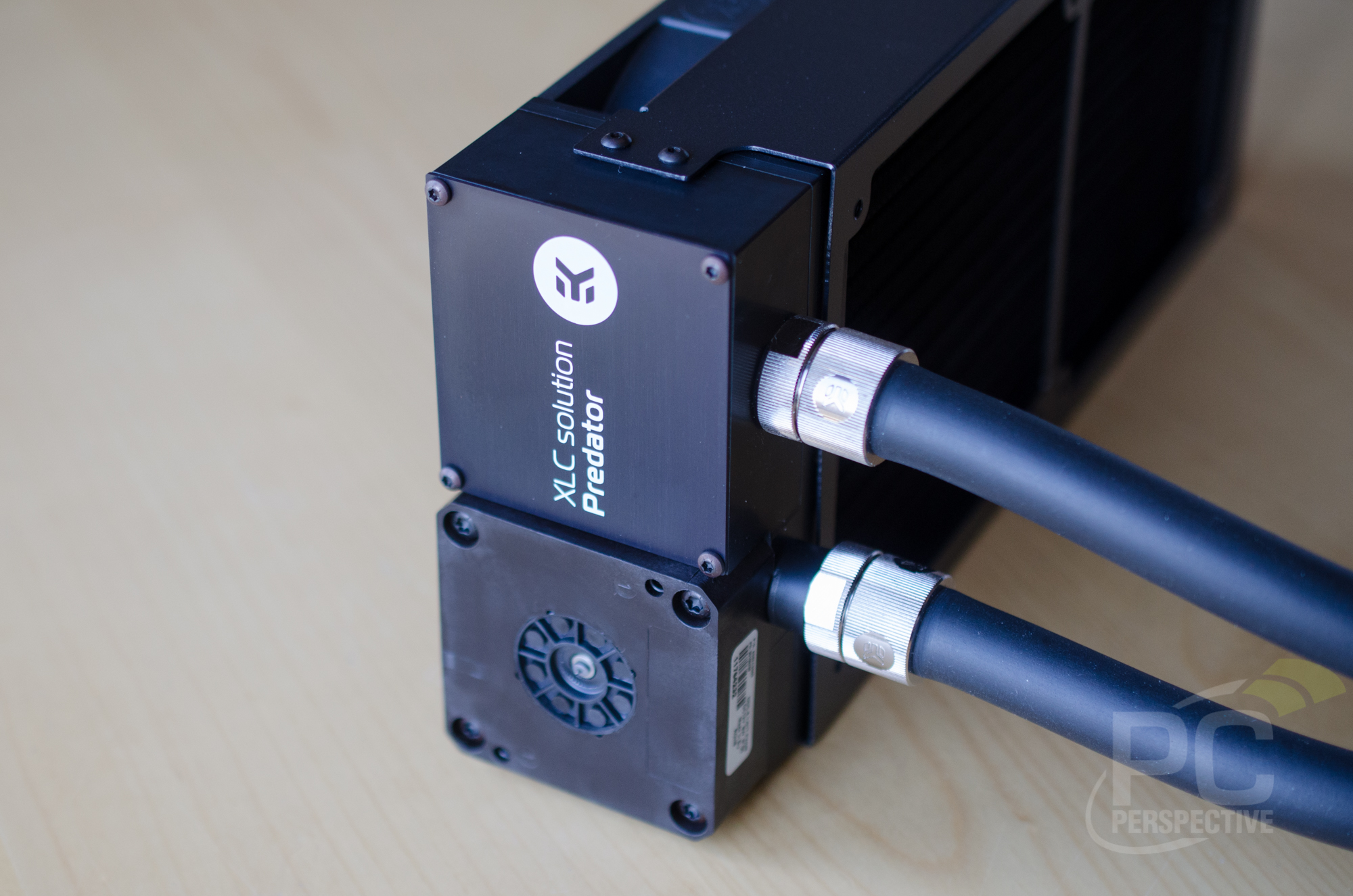 The fans are pre-attached and are a special Predator Edition of EK's Vardar F4-120ER 120 mm high-static pressure fans according to EKWB. 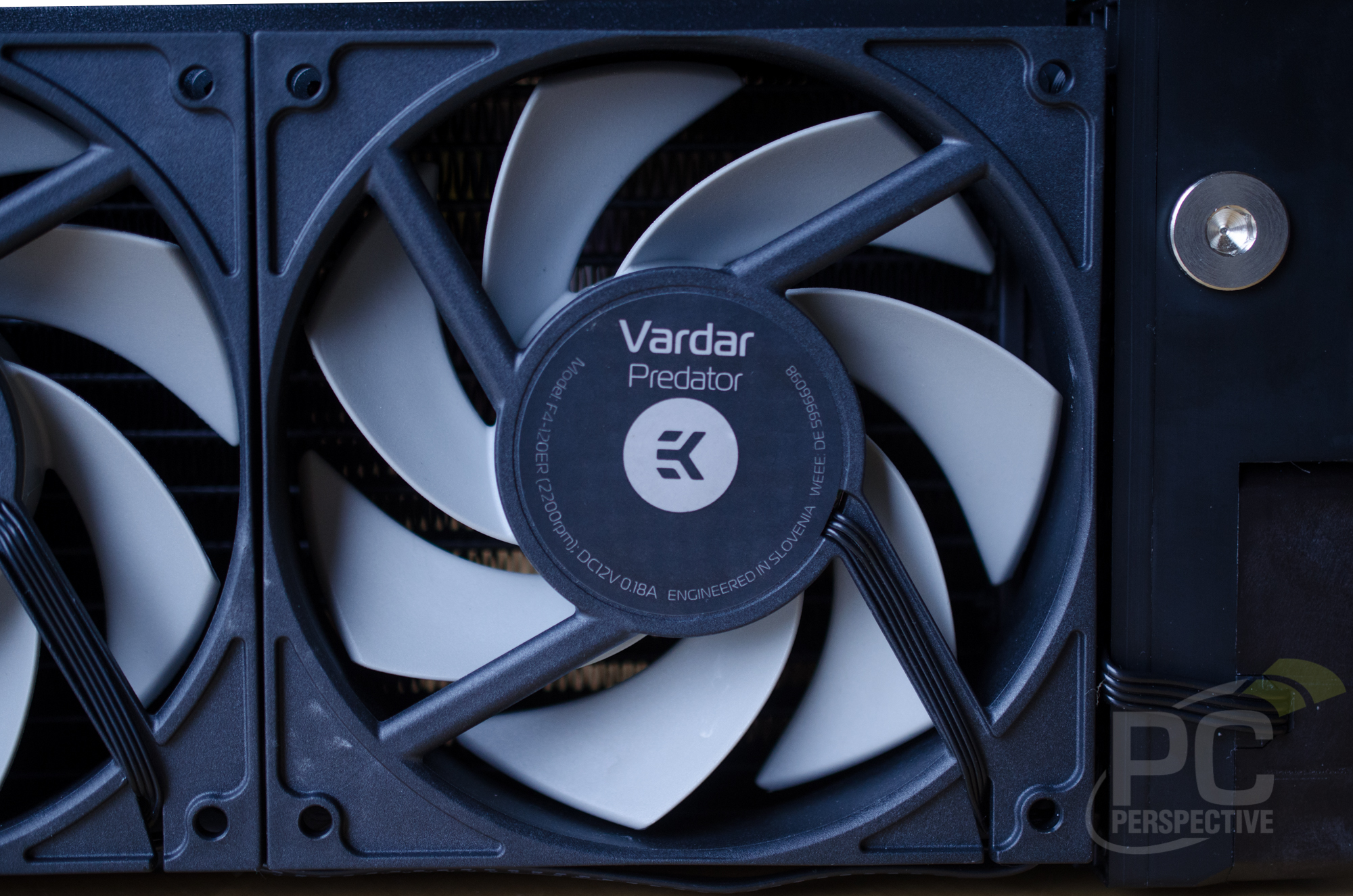 The installed water block features a highly polished copper base, and it was certainly difficult to photograph with the sun shining in. 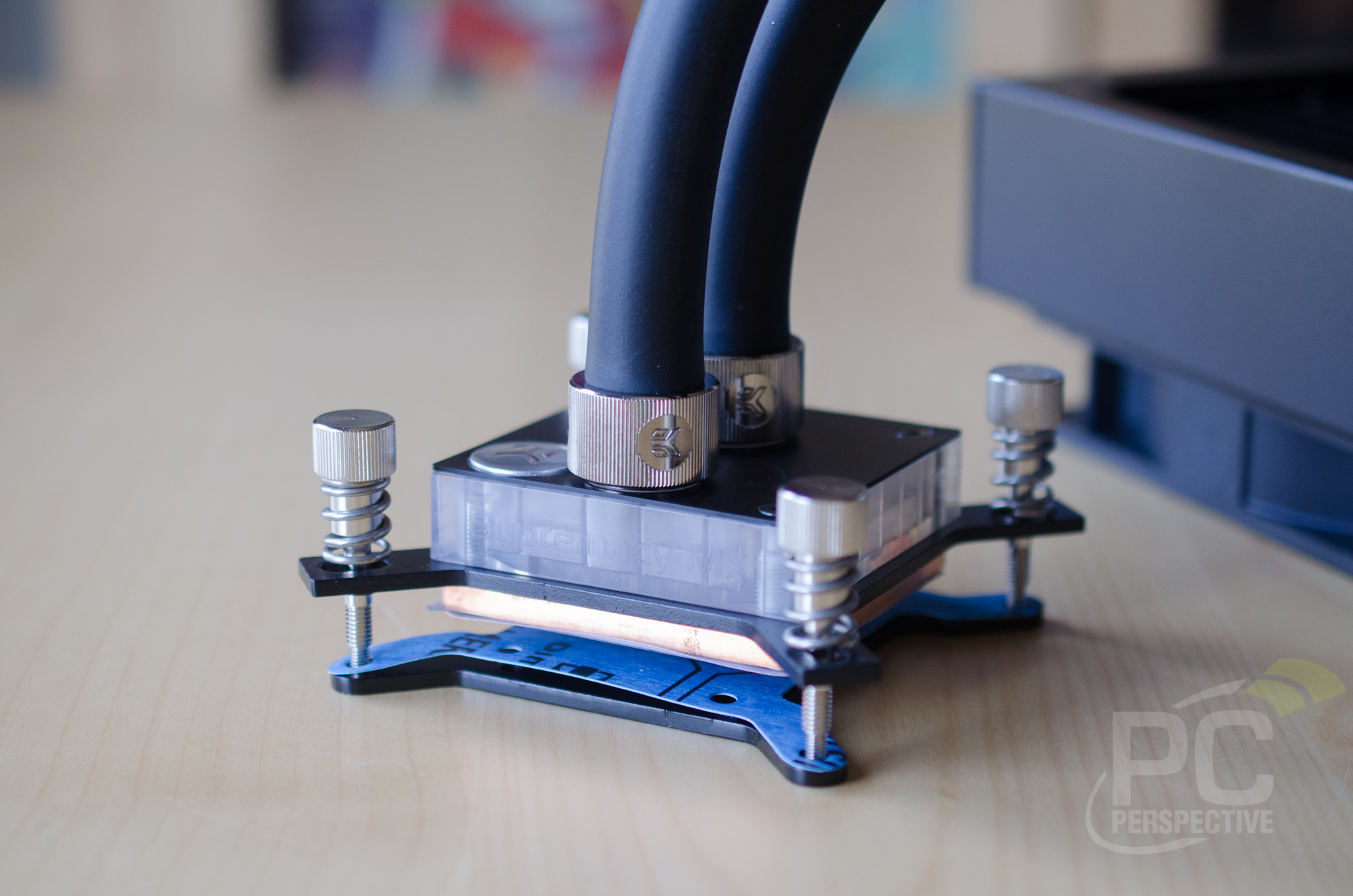 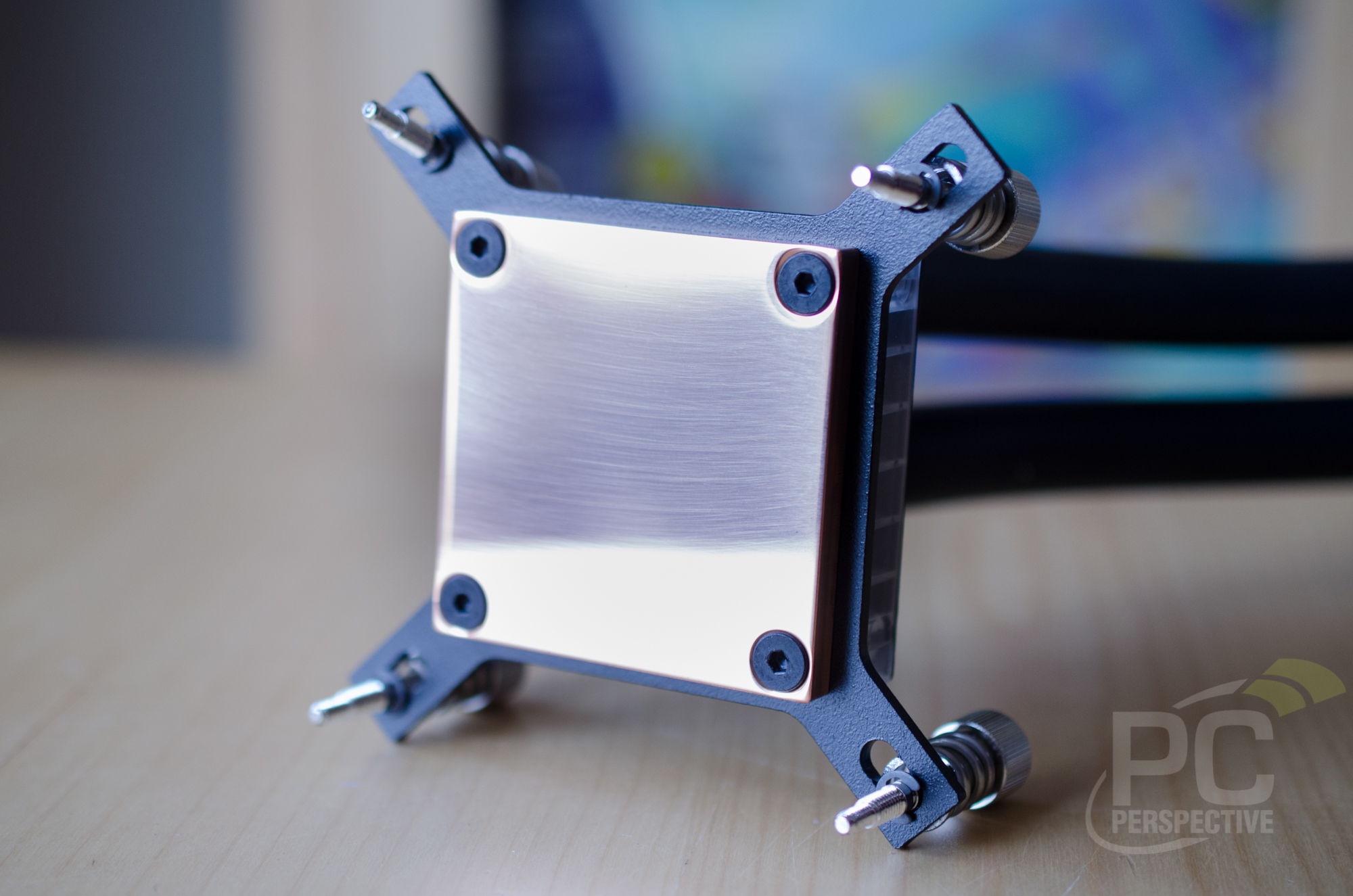 The hoses are EK's "ZMT" (zero maintenence tubing), which are very flexible and have a 3/8" internal diameter (5/8" external). 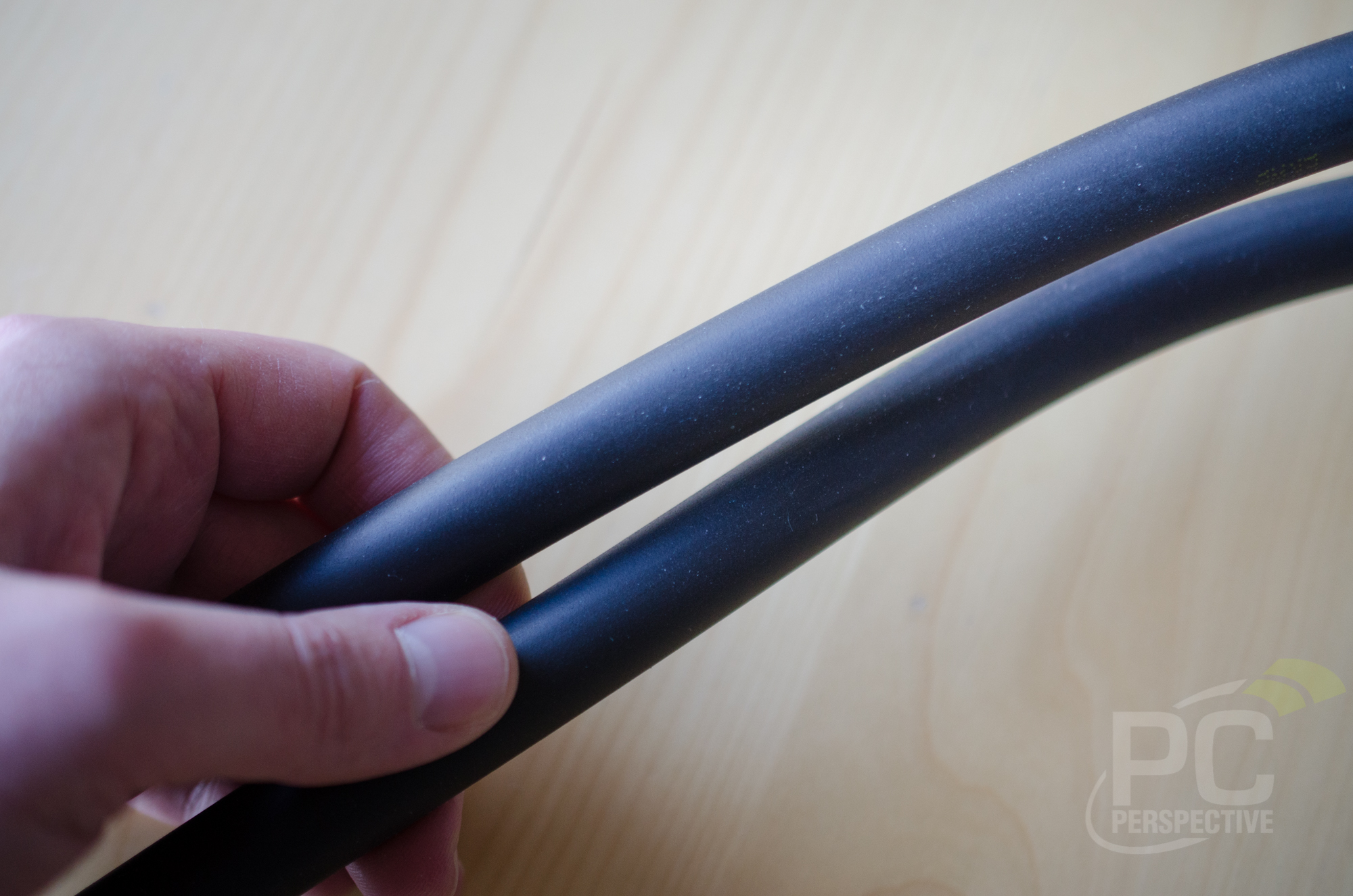 I was highly impressed with all aspects of the cooler right out of the package, but what really matters is performance. We'll check out the fit with our Z170 test system and see how it performed on the next page. 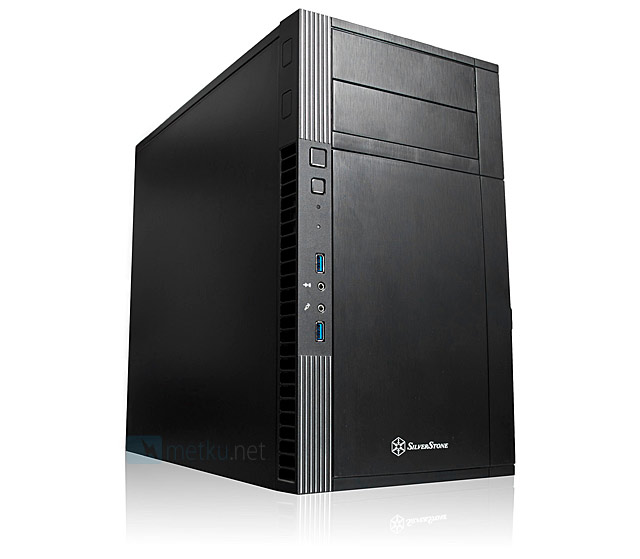 Everyone should have a RubberScrew or two