One of the most striking features of both the new Surface Pro 4 and the Surface Book is the included Surface Pen that magnetically attaches to the side of the tablets. First, let’s discuss the magnetic mounting: it works better than expected, and it certainly is classier than the elastic loop that was found on the Surface 3. The magnets are pretty strong and help pull the pen into place without having to be precise about placement. Only one side of the tablet has the necessary magnets to store the pen – the other sides have connectivity ports on them – and the pen can only be oriented with the writing end down. The only concern I found here in my use is that when taking your tablet/notebook out of a bag or backpack, the pen can be knocked off the side of the device, leaving it at the bottom of your bag in the best case, or lost on the floor if you don’t notice it in the worst case. After it happened the first time to me I was careful to pack the Surfaces with the pen facing UP in my backpack so I could grab the notebook with the pen in the palm of my hand, preventing that from happening. 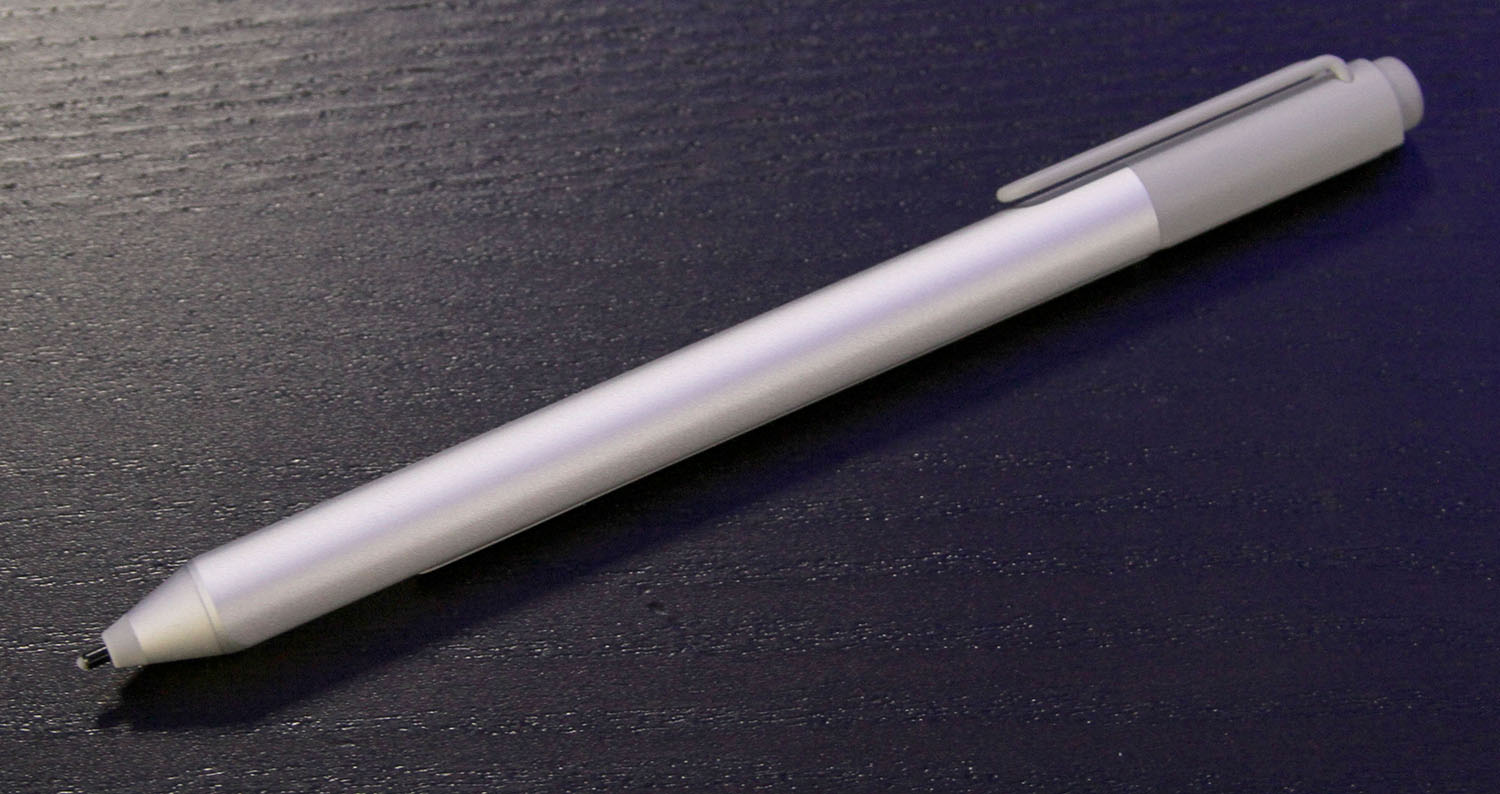 I’m no artist, but the Surface Pen worked exceptionally well in my testing. The pen is able to reproduce writing in a very low latency and very accurate manner. Reviewers with more experience than me in the world of drawing tablets point out the digitizer in the Pro 4 and Book is better than the one in the Surface Pro 3, producing straighter lines (tested against a ruler) and more consistent palm rejection. I doodled some, just to play around, and it was fantastic for stick figure animations to impress my nephews. 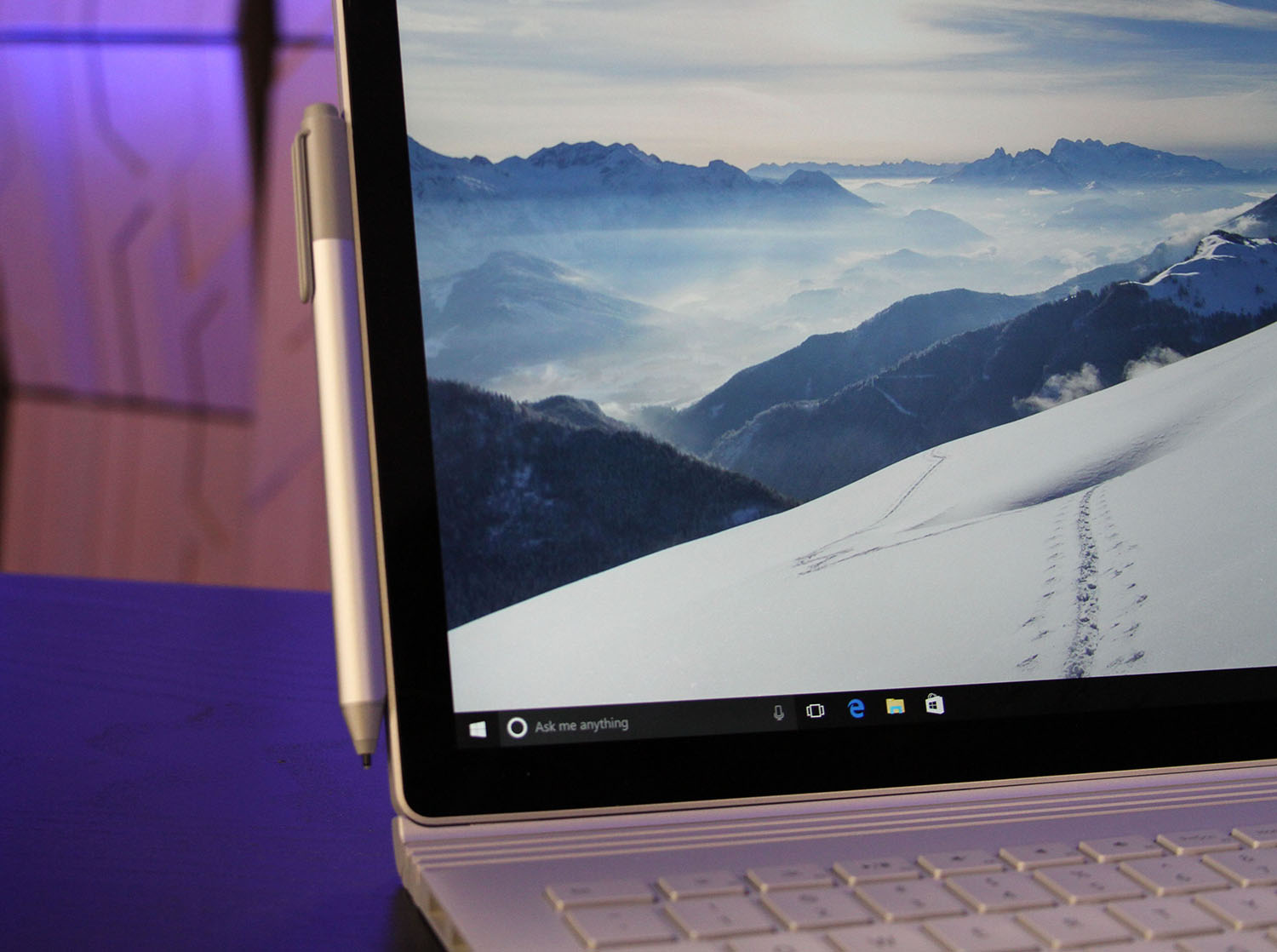 I was much more likely to use the pen for note taking – going into meetings with the Surface Pro 4 or Surface Book allows me to rotate the device around and set it mostly flat on the desk to write on it like a pad of paper. It just happens to be an infinitely scrolling sheet of paper with OneNote. This use case worked very well in the office and on the road, using the Book to keep track of my testing and reviews of other products and also to write down questions to remember during interviews and press conferences. I found that writing on the Surface devices caused me to produce larger text, which means I would see 8-10 lines of text on the screen at any given time while you can get 4-8x that amount if you are typing or writing in an actual paper notebook.

The Type Cover on the Surface Pro 4 is a truly impressive piece of hardware when you consider where these types of keyboard additions began with the first Surface. The Type Cover attaches to the bottom of the Surface Pro 4 magnetically and doesn’t require any kind of power or battery to operate once connected. It has full sized keys, is backlit and adds a very responsive fingerprint reader to the mix for authentication and login. It adds 4.65mm to the thickness of your Surface Pro 4 but this is a must have accessory in my opinion. 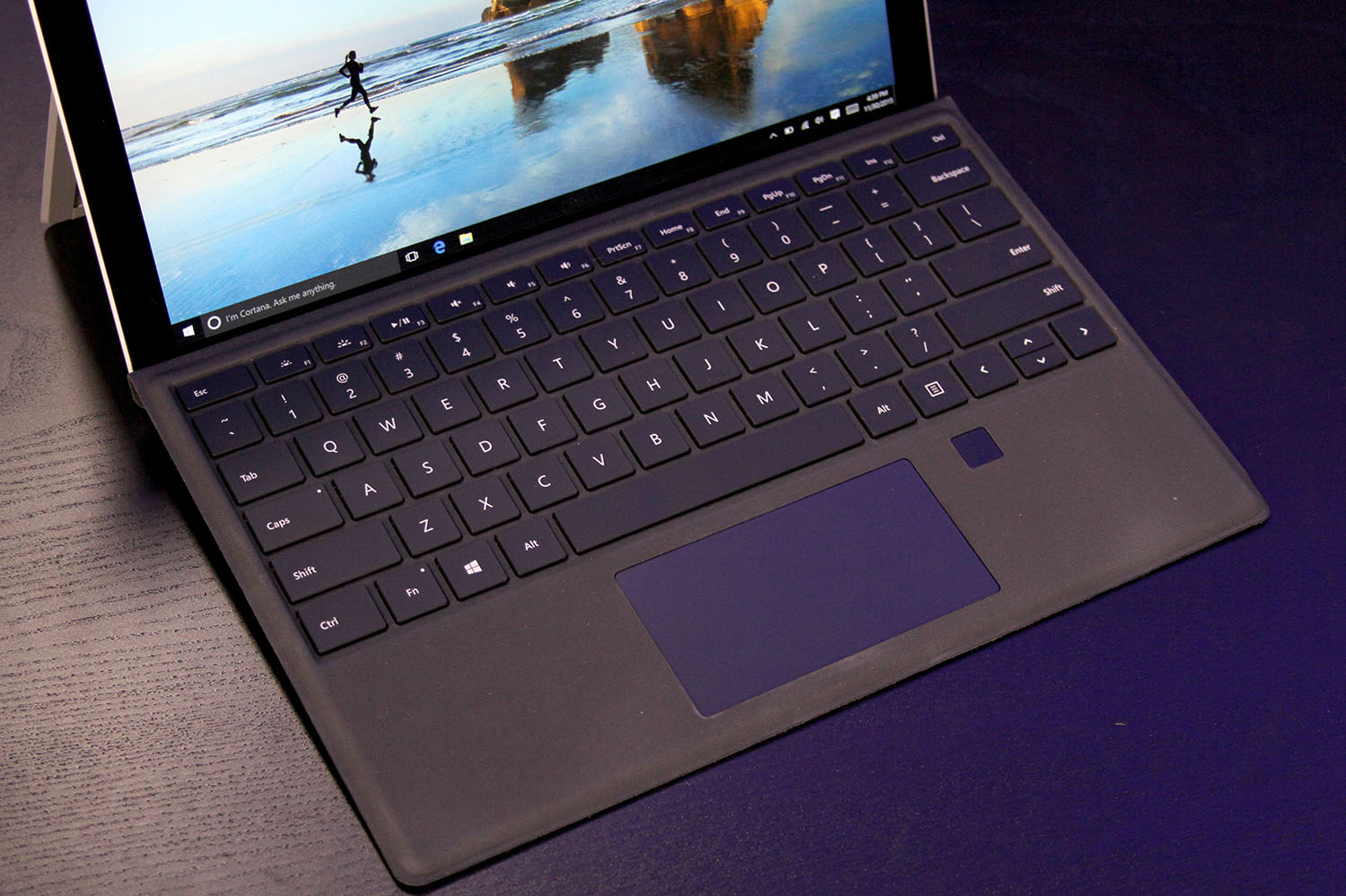 Typing on the Touch Cover is awesome! It’s not as good as my favorite Lenovo ThinkPad keyboards but is basically on par with the experience as typing on the Dell XPS 13, with similar key travel and feel. Microsoft said it put a lot of emphasis on the keyboard and touchpad experience with the new cover and I think it shows. I was totally comfortable writing articles and news stories on this keyboard and I think that is as good of a recommendation I can give. 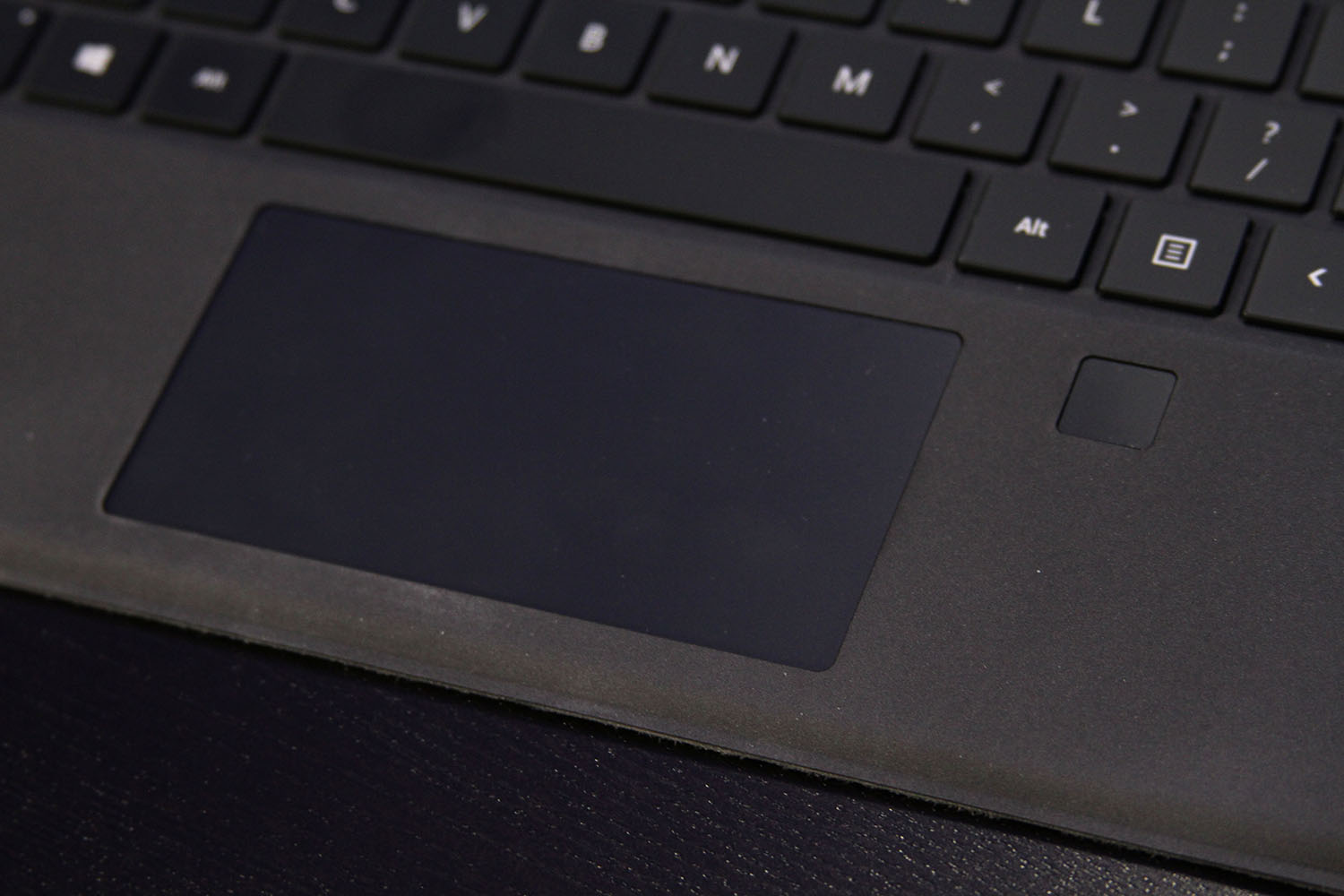 The trackpad on the Type Cover is all glass and feels much better than previous designs as well. In fact, it’s better than 95% of the Windows notebooks I have used, finally creeping into the territory of the Apple MacBooks. It’s a decent size but is smaller than you’ll find on competitive notebooks. 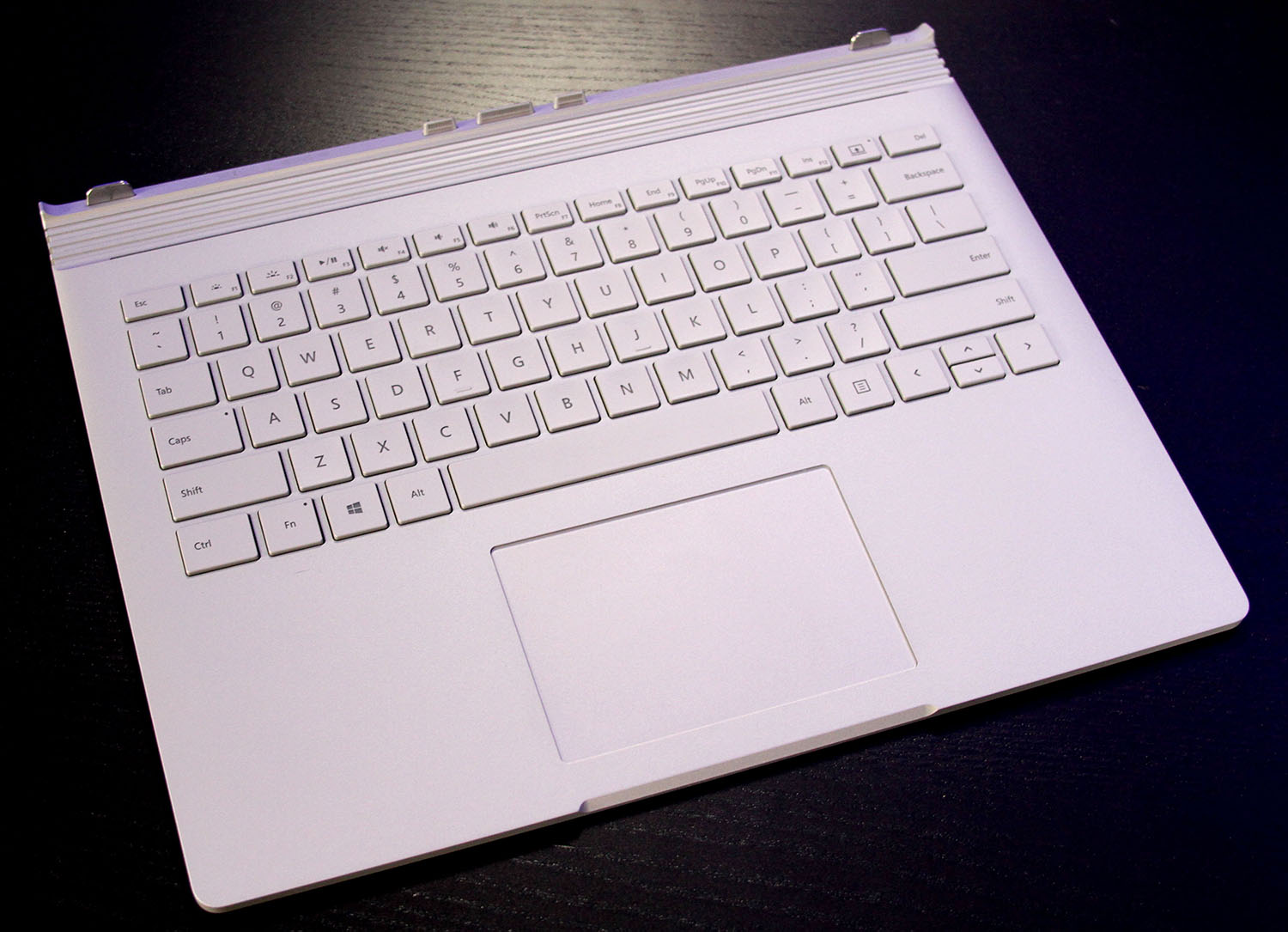 On the new Surface Book, the keyboard and touchpad are actually improved even further. The keys have significantly more travel than the Type Cover on the Pro 4 and are center backlit, rather than side lit, which gives you a better view of the keys during illumination. This keyboard might…it MIGHT…be my new favorite mobile keyboard for typing. If you follow my notebook reviews, or our podcast, you will know how substantial of a claim that is! The trackpad on the Book is all glass as well, is very responsive, has very good palm rejection and is bigger than that one found on the Type Cover, all positive traits. 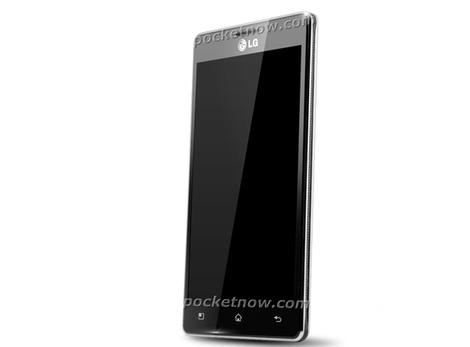