May the Radeon be with You

AMD sent over some hardware for us to build out a system for Star Wars Battlefront!

In celebration of the release of The Force Awakens as well as the new Star Wars Battlefront game from DICE and EA, AMD sent over some hardware for us to use in a system build, targeted at getting users up and running in Battlefront with impressive quality and performance, but still on a reasonable budget. Pairing up an AMD processor, MSI motherboard, Sapphire GPU with a low cost chassis, SSD and more, the combined system includes a FreeSync monitor for around $1,200. 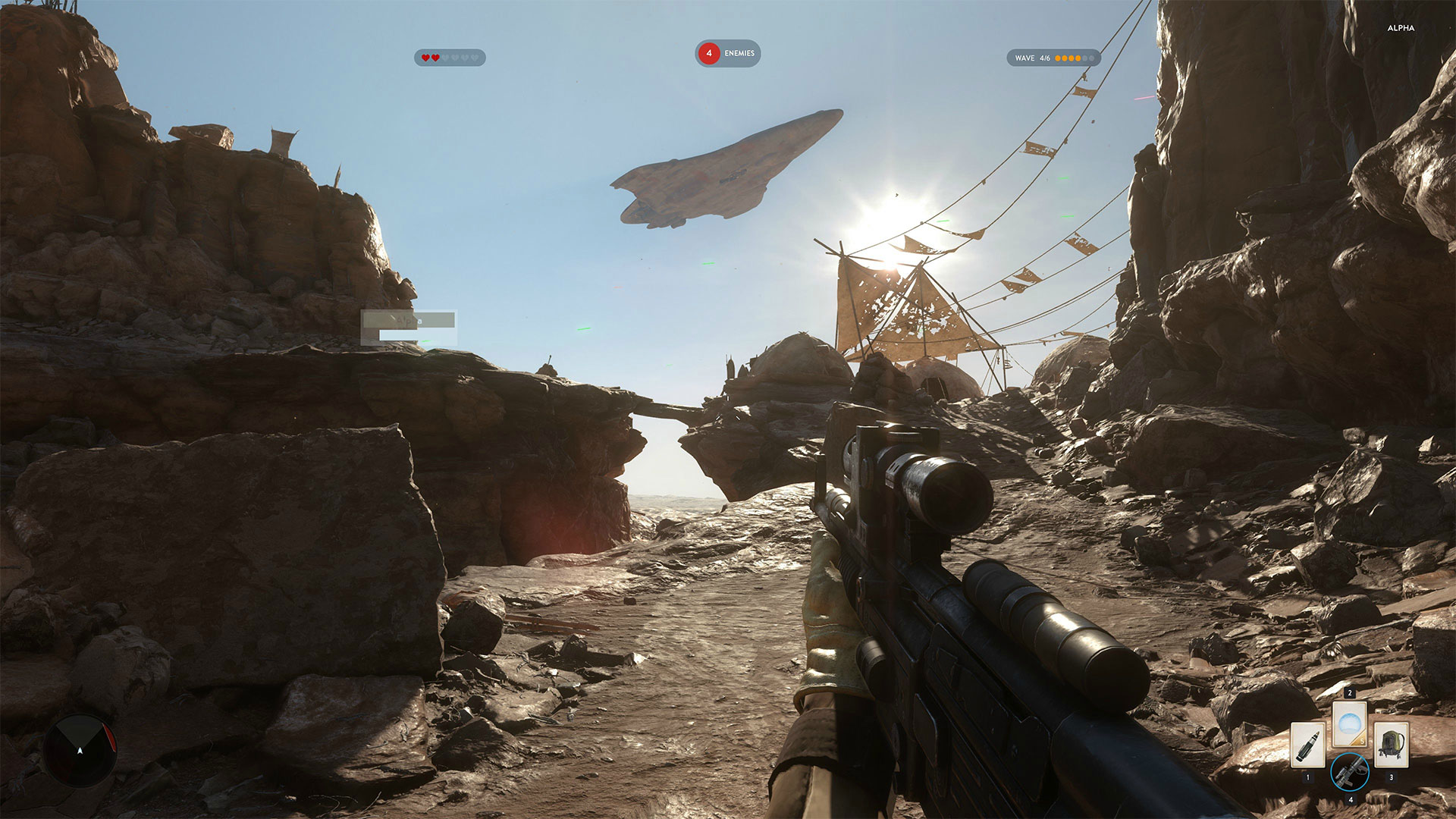 Holiday breaks are MADE for Star Wars Battlefront

Though the holiday is already here and you'd be hard pressed to build this system in time for it, I have a feeling that quite a few of our readers and viewers will find themselves with some cash and gift certificates in hand, just ITCHING for a place to invest in a new gaming PC.

The video above includes a list of components, the build process (in brief) and shows us getting our gaming on with Star Wars Battlefront. Interested in building a system similar the one above on your own? Here's the hardware breakdown.

For under $1,000, plus another $250 or so for the AOC FreeSync capable 1080p monitor, you can have a complete gaming rig for your winter break. Let's detail some of the specific components. 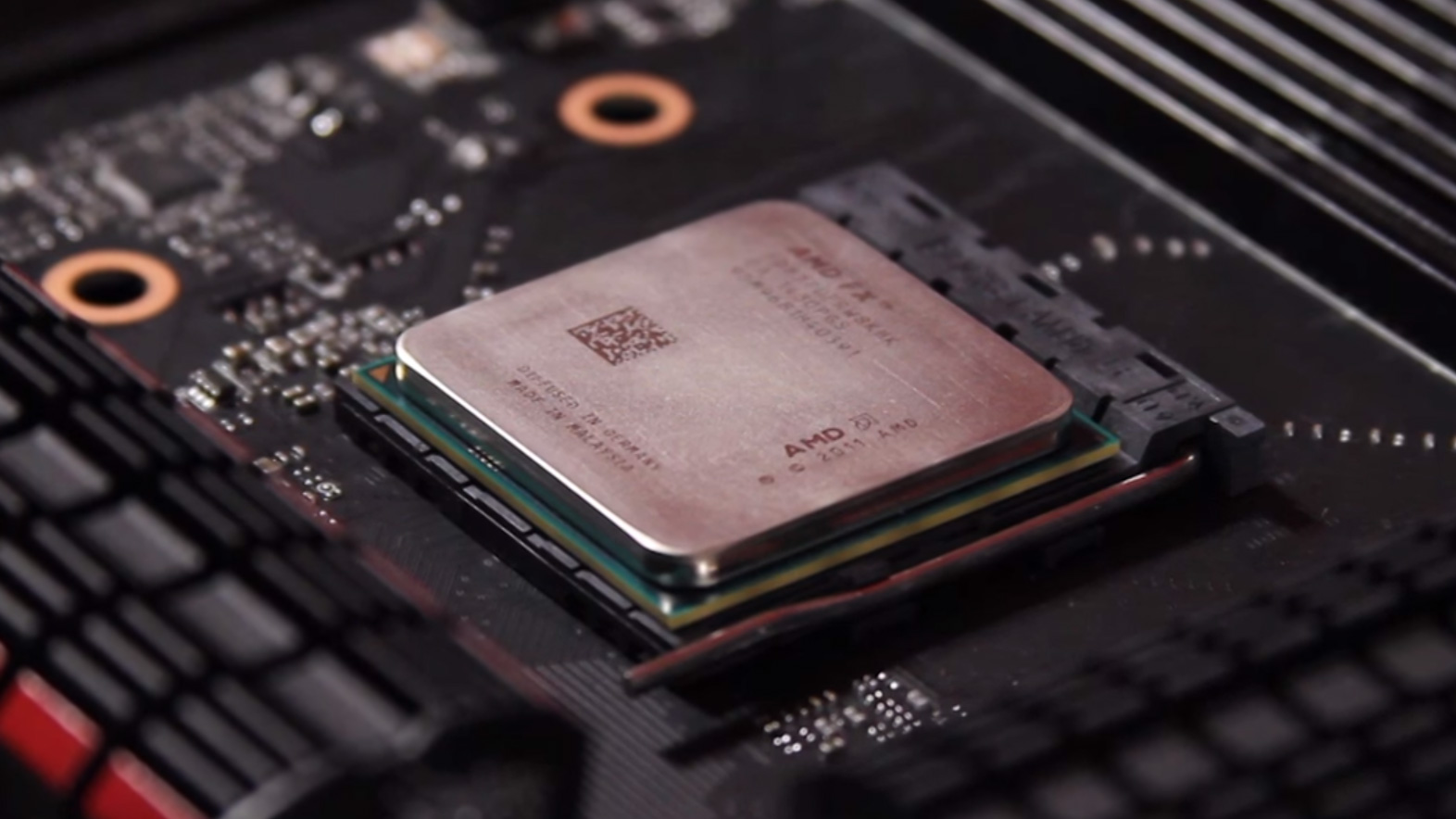 AMD sent over the FX-8370 processor for our build, a 4-module / 8-core CPU that runs at 4.0 GHz, more than capable of handling any gaming work load you can toss at it. And if you need to do some transcoding, video work or, heaven forbid, school or productivity work, the FX-8370 has you covered there too. 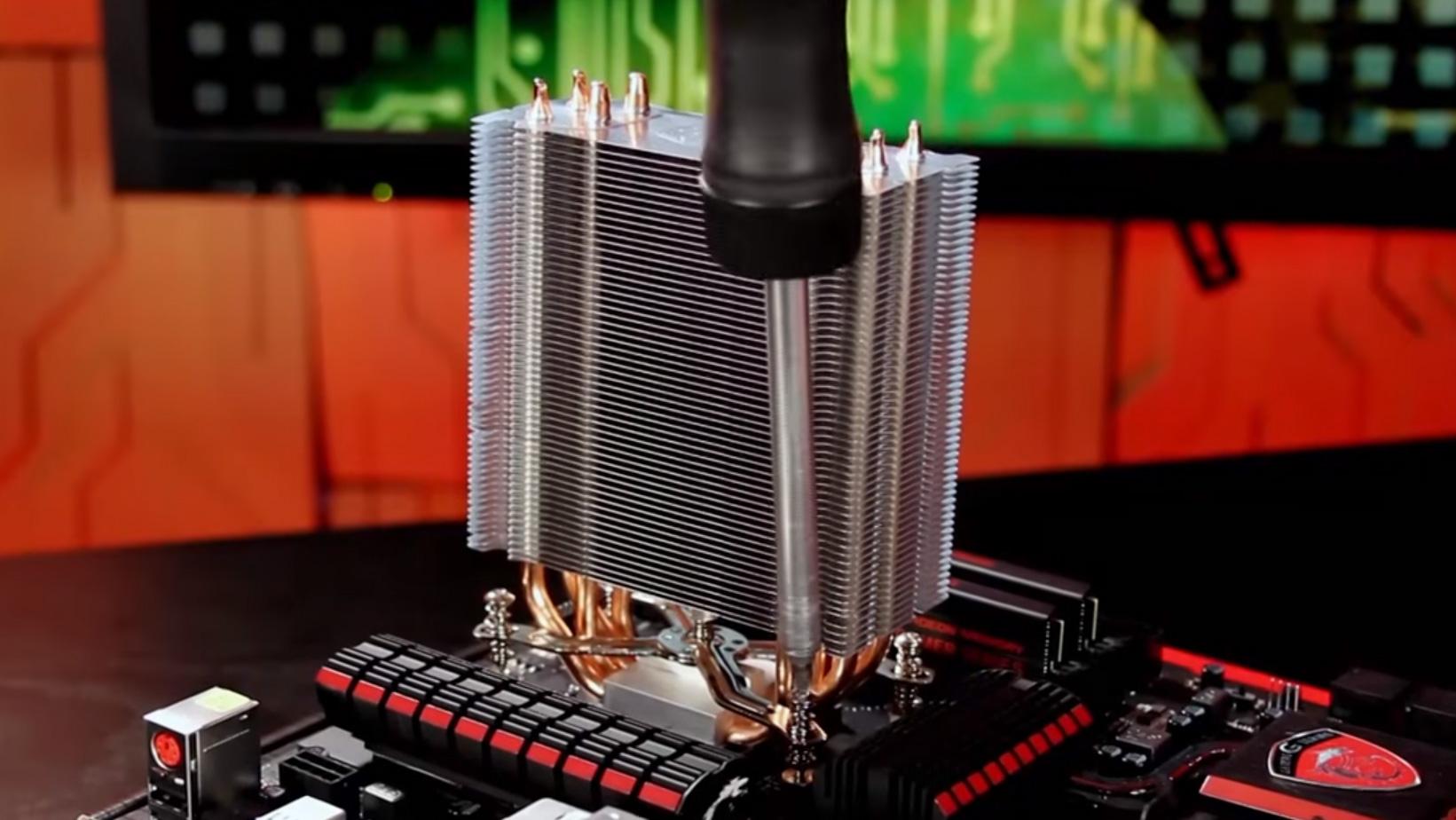 For the motherboard AMD sent over the MSI 990FXA Gaming board, one of the newer AMD platforms that includes support for USB 3.1 so you'll have a good length of usability for future expansion. The Cooler Master Hyper 212 EVO cooler was our selection to keep the FX-8370 running smoothly and 8GB of AMD Radeon DDR3-2133 memory is enough for the system to keep applications and the Windows 10 operating system happy. 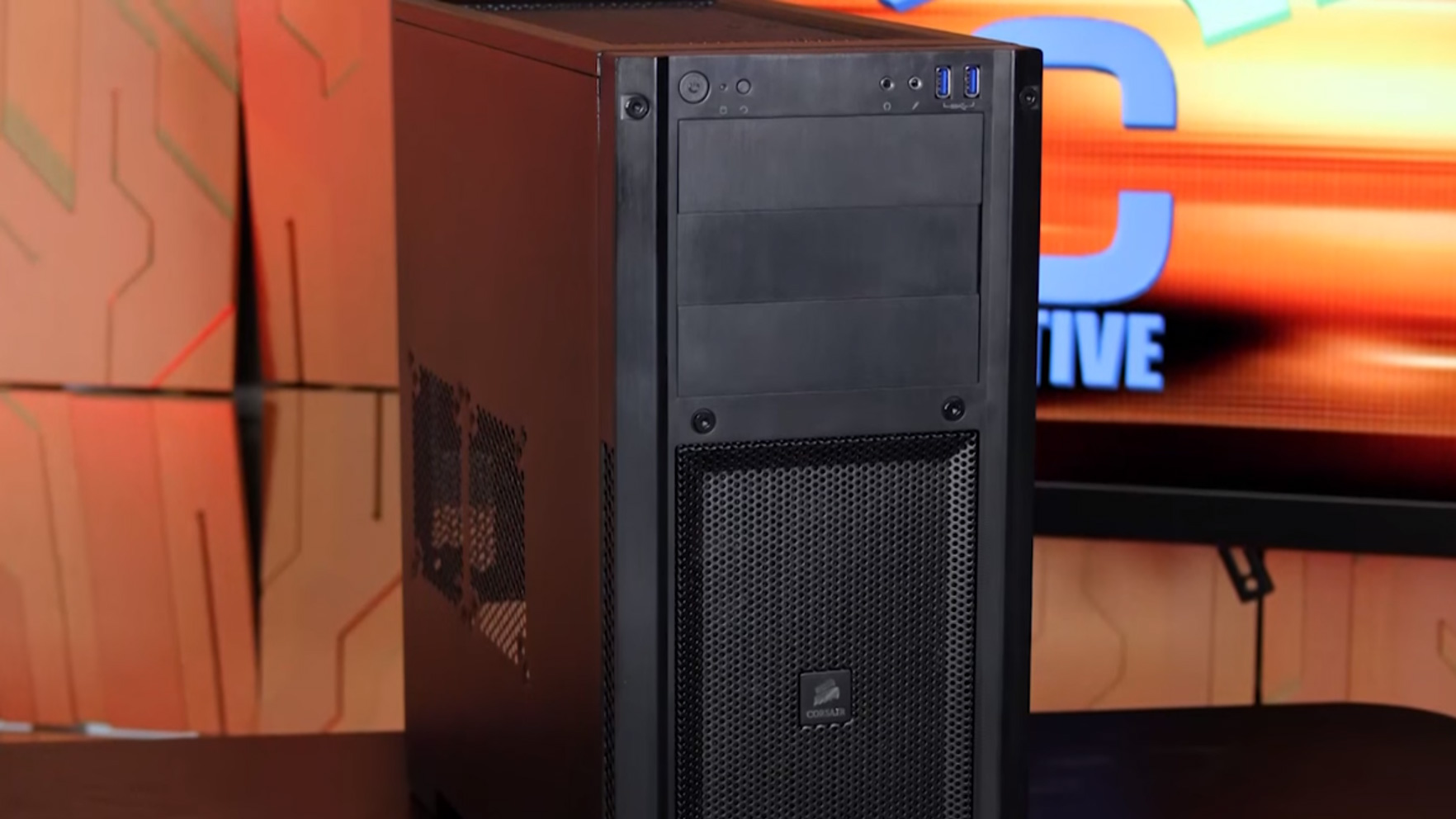 Corsair's Carbide 300R is low cost, is big enough inside to make building simple and is solidly built for newcomers. 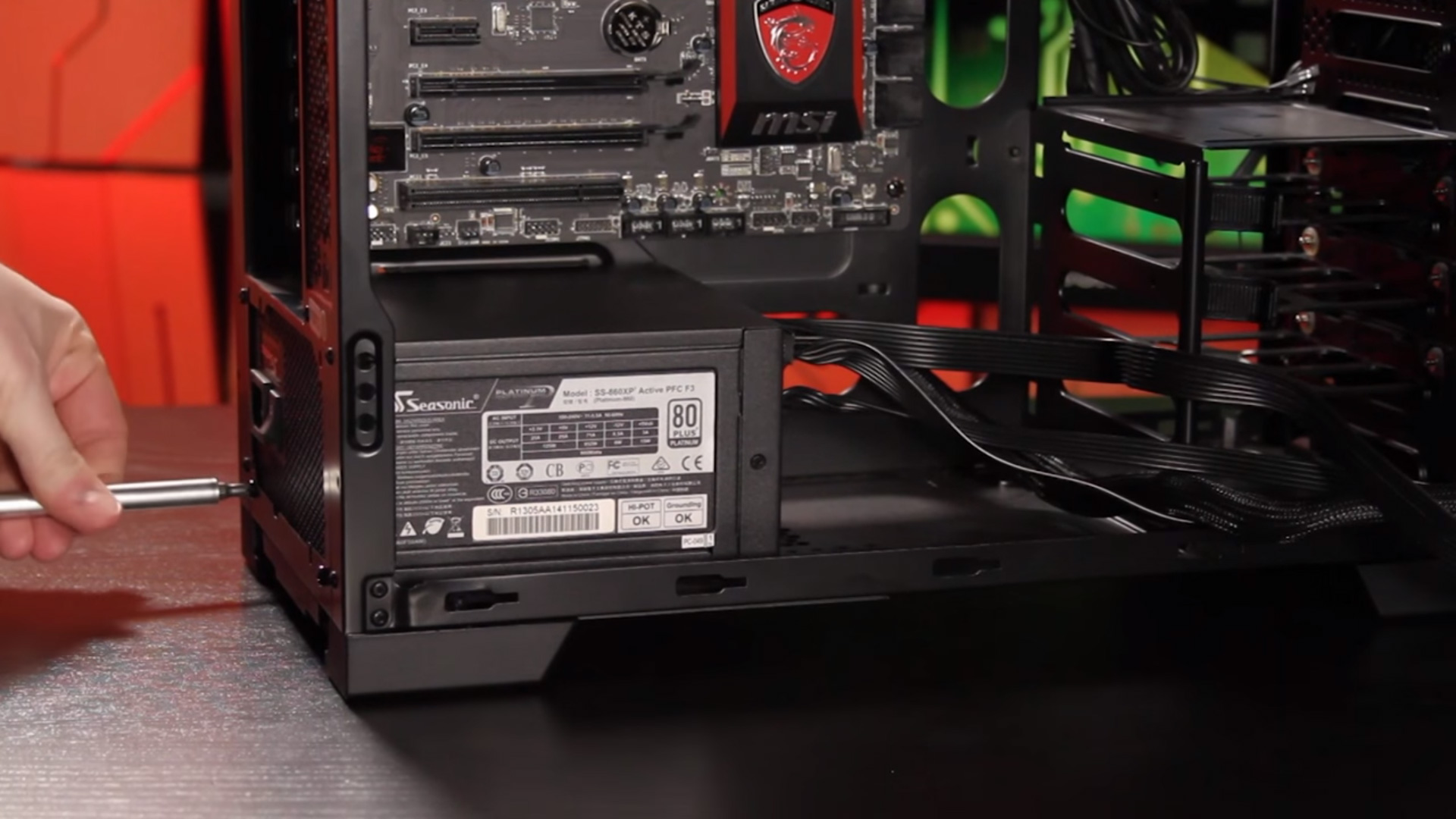 Though we had an overkill power supply in the office for this use, a Seasonic 80 Plus Platinum at 860 watts, Seasonic makes awesome PSUs and anything you find in the 500-600 watt range should be sufficient. 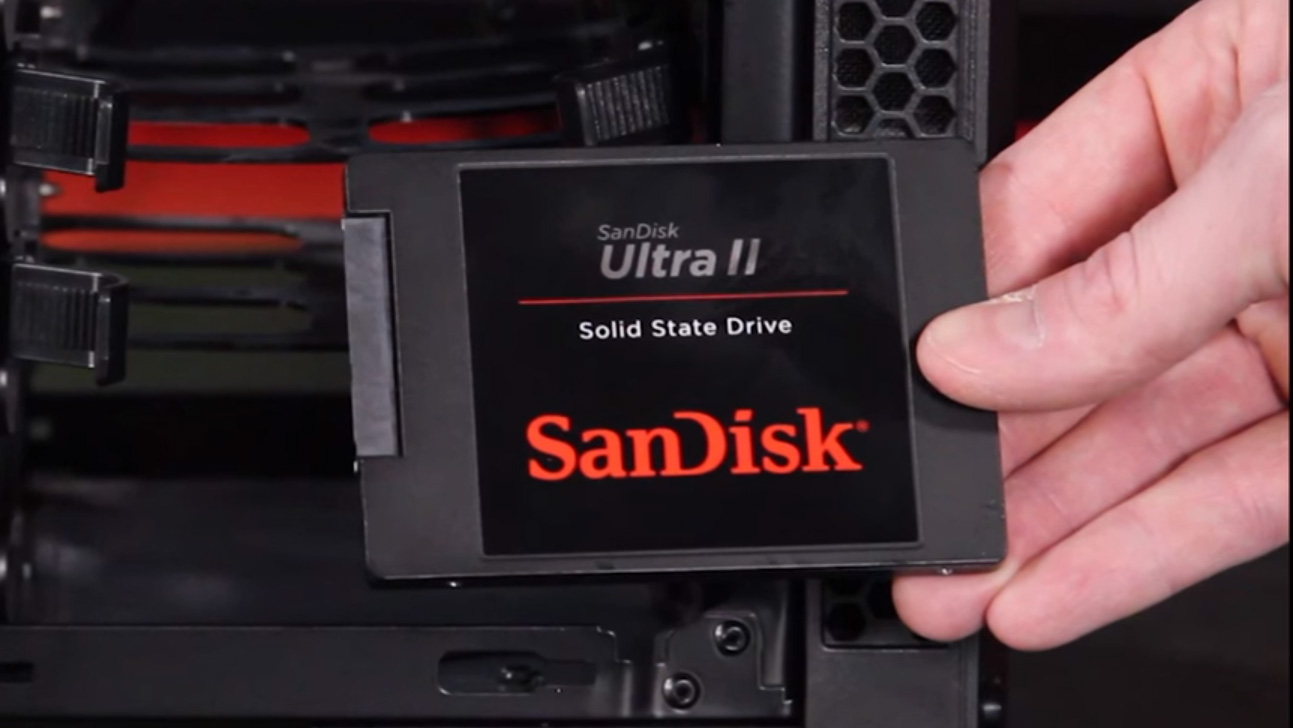 For storage we selected a low cost SSD option, the SanDisk Ultra II, available in the 240GB capacity for under $80. If you need more space, you can upgrade to a larger SSD or simply add a 3.5-in hard drive for mass storage at a slower speed. 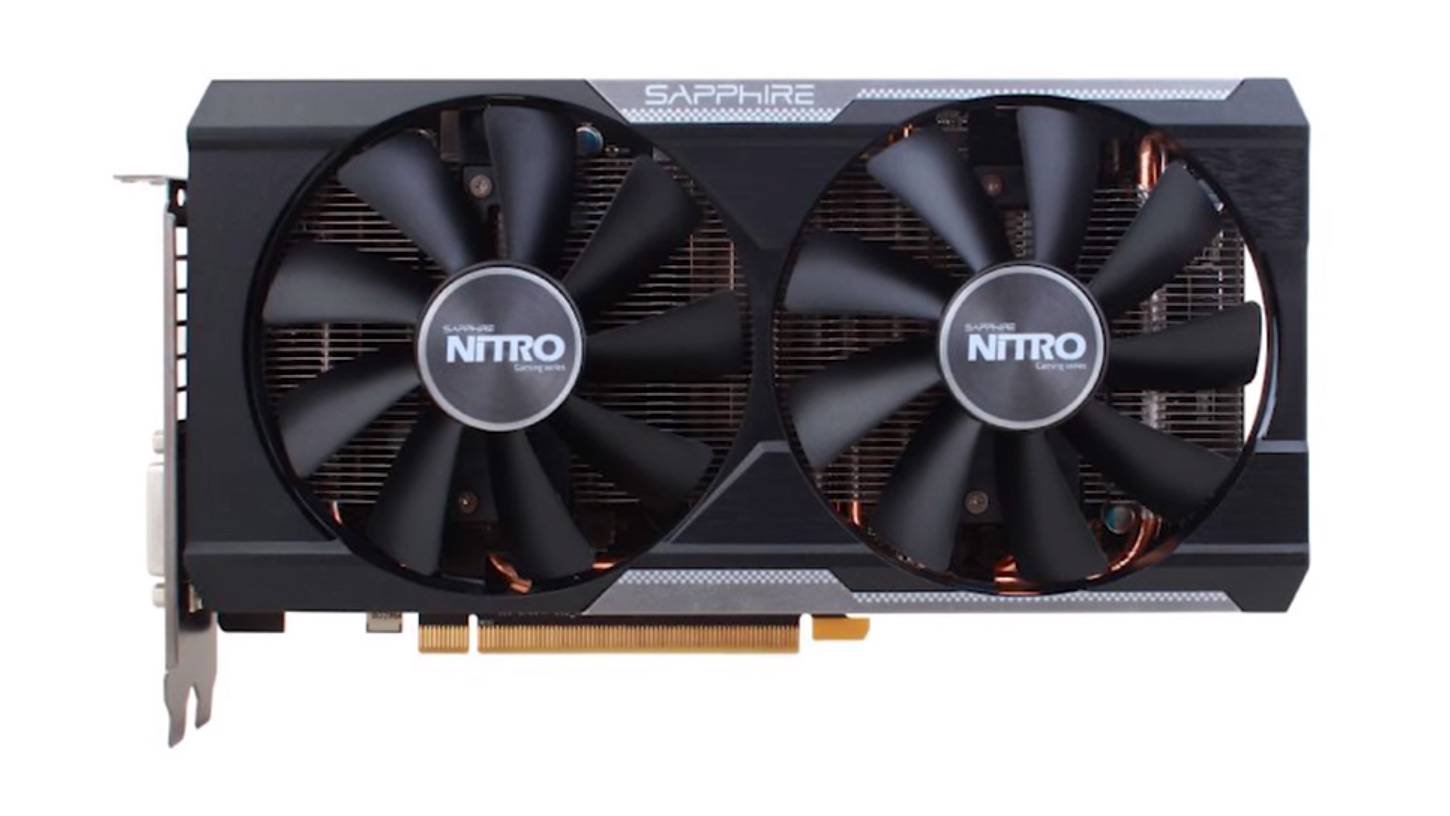 The AMD-provided Sapphire NITRO Radeon R9 380X 4GB graphics card has more than enough horsepower to run through most any game at maximum image quality settings at 1080p. And if you want to stretch into the 2560×1440, the R9 380X gives you a high performance starting point. 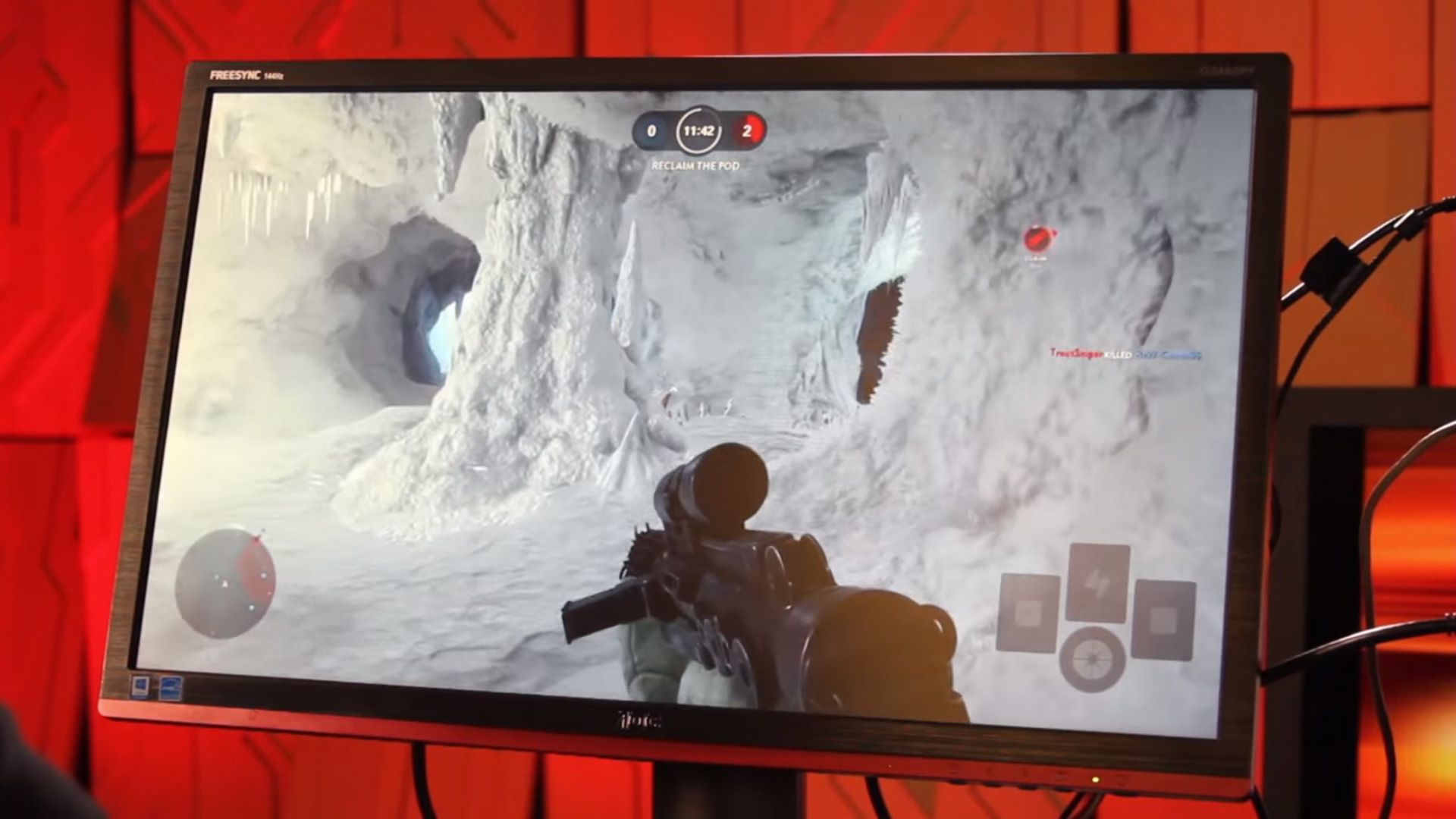 Finally, to really wrap up the entire system, AMD sent over a 24-in 1920×1080 144Hz FreeSync monitor from AOC, the G2460PF. This monitor is selling for just $259 in the US and thanks to the addition of low frame rate compensation in the latest Radeon Software Crimson release, running at frame rates lower than 40Hz still gives gamers a smooth experience. 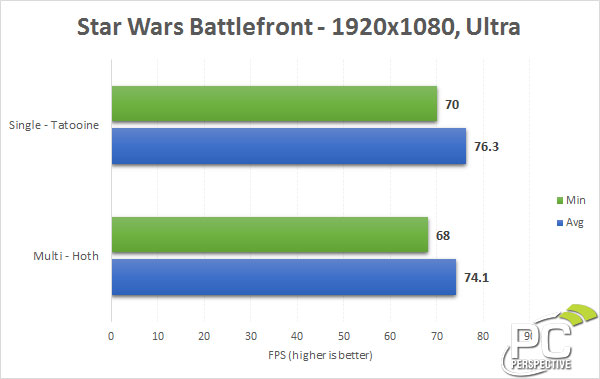 I did some quick testing on the system with Battlefront running at 1920×1080 on the Ultra image quality preset. I played a while on the single player wave mission on Tatooine and on the Hoth map for multiplayer. Clearly, the Radeon R9 380X and the FX-8370 are able to push this game perfectly well, both hitting over 70 FPS on average and only dropping down to 68 FPS minimum in our 10+ repeated 60 second benchmark runs. Even better, because we were using the AOC FreeSync monitor, that 68-76 FPS felt perfectly smooth without any horizontal tearing from vertical sync!

There you have it – a brief system build for Star Wars Battlefront using a full complement on AMD hardware. Big thanks goes out to AMD for providing the hardware for the build!

Do you have any thoughts or suggestion on how you would change the build? How much time have YOU put into the new Star Wars Battlefront? Let us know in the comments below!